A team of women in Nepal has achieved a mountaineering first, scaling seven of the world’s highest peaks on seven continents.

Their aim was to show other women in Nepal that climbing isn’t just a sport for men, so they set out on the quest in 2008, starting with Mount Everest in their own backyard. Their goal was realized in late December when four of the women made it to the top of Mount Vinson in Antarctica.

Today, the team returned home to a hero’s welcome. The team leader, Shailee Basnet, told reporters at the airport in Kathmandu, “A big journey that started seven years ago has finally culminated in a seventh climb, so, after years of saying one done, two done, three, four, five, we can now say: seventh climb!”

In six years the women scaled Everest in Asia, Kosciuszko in Australia, Elbrus in Europe, Kilimanjaro in Africa, Aconcagua in South America, Denali or McKinley in North America and Vinson in Antarctica. 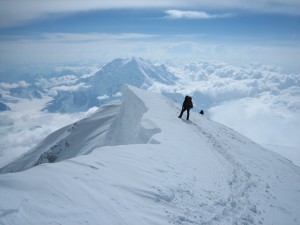 The women climbed Mount McKinley in Alaska, the highest peak in North America at 20,237 feet. Photo by Flickr user mikep. 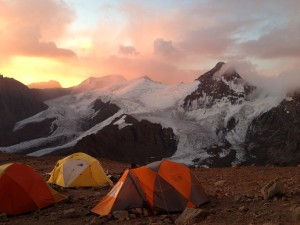 More than 4,000 people have scaled Mount Everest and more than half of them have been from Nepal, but of that number only 24 have been women. The first Nepalese woman to reach the summit, Pasang Lhamu, made it in 1993 but died on the descent.

Left: Members of a seven women summit team wave to media in Kathmandu after completing their quest to summit 7 of the world's highest peaks.