The world’s second largest flower garden, the Keukenhof park in Lisse, the Netherlands, was awash in a palette of colors today as its 7 million bulbs covering 79 acres came into bloom. The Keukenhof, or Garden of Europe, is open for eight weeks, from mid-March to mid-May and over that time an estimated 800,000 visitors peruse the garden’s profusion of floral colors. 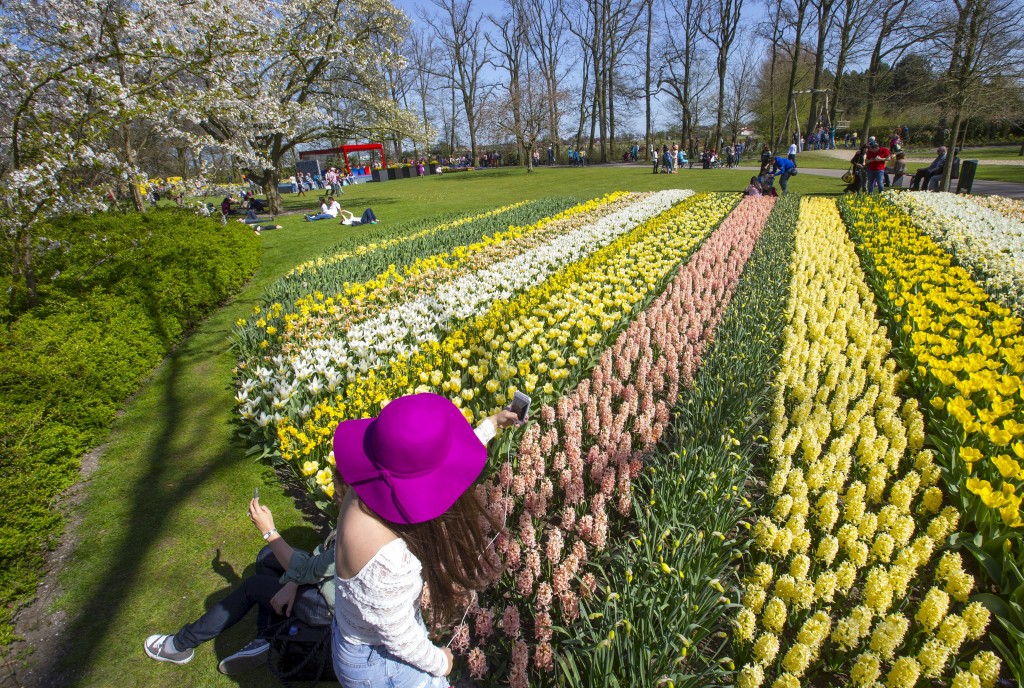 Thousands of visitors descend on the Garden of Europe in Lisse, the Netherlands each year to see millions of flowers bloom. Photo by Yves Herman/Reuters

The Keukenhof was established in 1949 when a group of 20 flower bulb exporters were given permission to use part of the estate of the Keukenhof Castle for a permanent display of spring-flowering bulbs. About 100 suppliers bring their best bulbs to the park each fall for planting and a team of about 30 gardeners oversee the designs, taking into consideration height, color and flowering time. Tulips, the national flower of the Netherlands, are in abundance, with 800 varieties in the gardens alone. 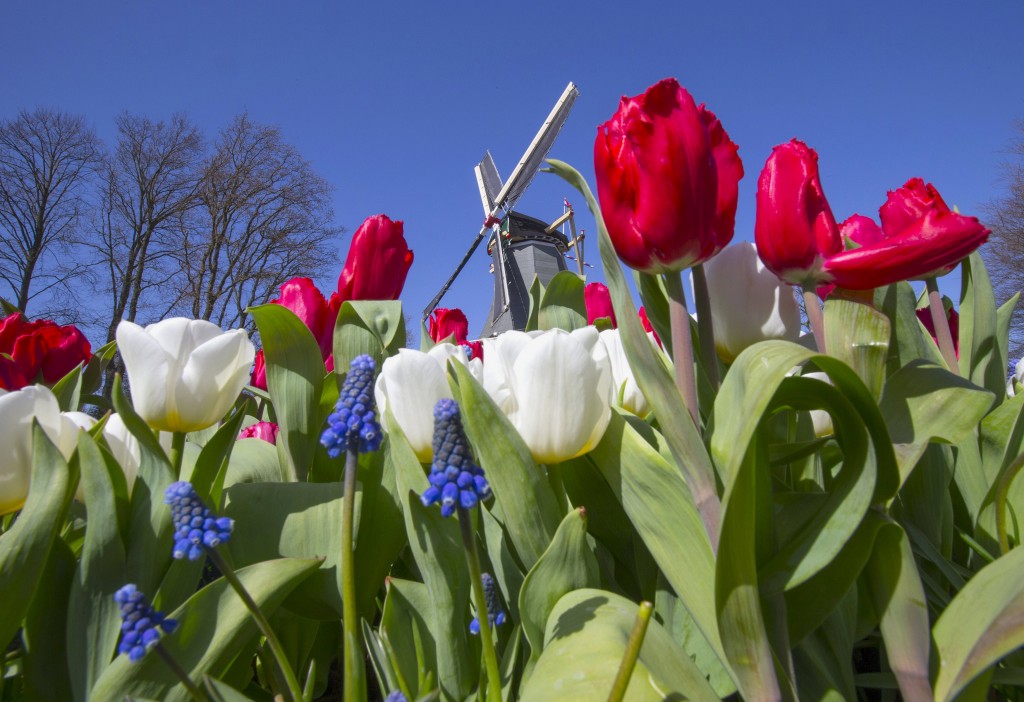 Tulips bloom alongside a windmill in the Garden of Europe in Lisse, the Netherlands. Photo by Yves Herman/Reuters

This year the Keukenhof is showcasing a garden that pays tribute to the Dutch painter Vincent Van Gogh, on the 125th anniversary of the artist’s death. Famous for his own self-portraits, the tribute takes the form of a “selfie” garden, where visitors can send their own smartphone photos ahead of their visit to go on display in the garden. The garden was also designed with plenty of selfie opportunities. The exhibit includes a massive portrait of Van Gogh made entirely out of different colored flower petals. 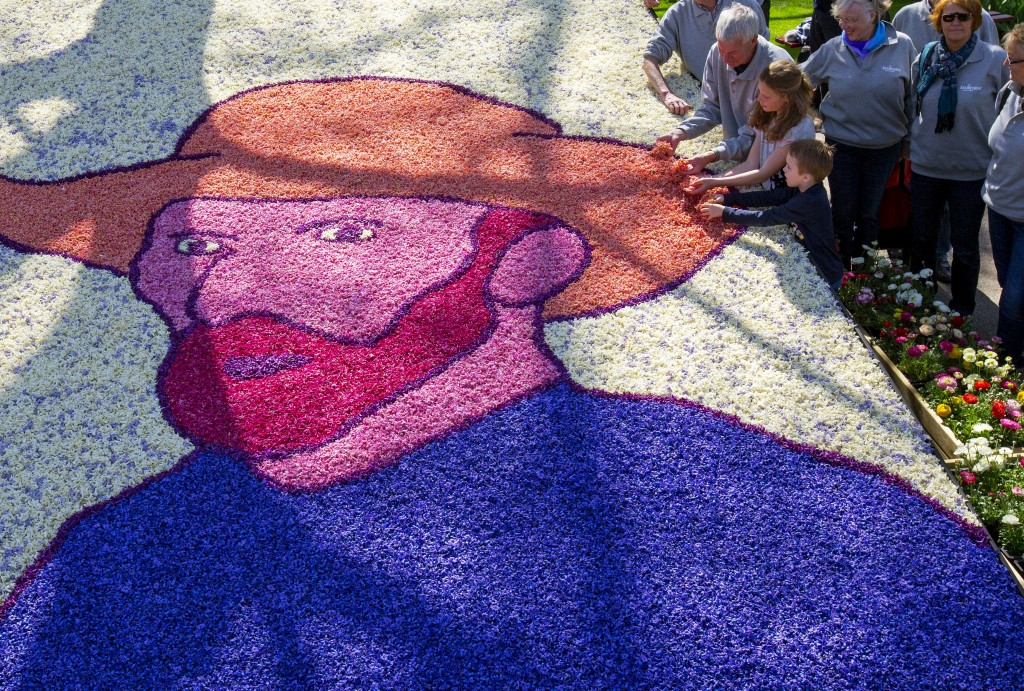 Children place the last petals on a portrait of painter Vincent Van Gogh at the Keukenhof park. Photo by Yves Herman/Reuters

Left: An aerial view of rows of flower fields near the Keukenhof park, also known as the Garden of Europe in the Netherlands. Photo by Yves Herman/Reuters