‘Made in India’ Explores the Business of Surrogacy, From America to India 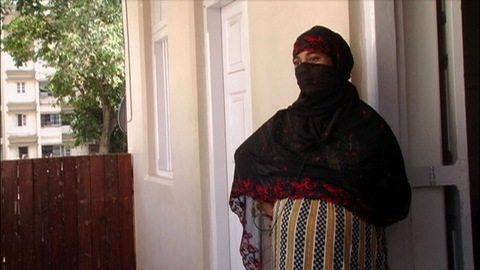 From the film, “Made in India,” by Rebecca Haimowitz and Vaishali Sinha.

On Thursday’s NewsHour, we feature an excerpt of the film “Made in India,” which documents the journey of an infertile American couple, an Indian surrogate and the reproductive outsourcing business
that brings them together. It’s part of our series in partnership with The Economist
magazine showcasing the art of filmmaking.

“Made in India” was co-directed and produced by filmmakers Rebecca Haimowitz and Vaishali Sinha.

Rebecca Haimowitz received her MFA in Filmmaking from Columbia University’s Graduate School of the Arts, where she also worked as a screenwriting instructor. Haimowitz has directed several documentary films, including a piece about a summer camp for autistic children and a youth-produced series on over-policing in New York City schools.

Vaishali Sinha co-directed the short documentary, “Red Roses,” and is co-directing the film “Kashmir,” which shows personal narratives of university students in that region. She has worked as researcher and editing associate at Videoline Productions and studied film at the New School University in New York.

Here’s what Haimowitz and Sinha told us about the making of “Made in India”:

We come from a background of social justice work, with particular interest in reproductive rights, sexuality and human rights. When we first heard about “outsourcing” surrogacy to India in 2007, we were captivated by the myriad of issues that emerge from this subject matter at the crossroads of body politics, reproductive technologies and globalization.

At the time when we started filming, we noticed that any mainstream conversations around this issue tended to be very polarized: either promoting or condemning the practice. We wanted to bring a nuance to the story that would offer the audience a closer understanding of the intended couple’s and the surrogate’s choices behind their decisions. We wanted to take this intimate journey with all the players involved. Of course, we had no idea how the story would end up, but we trusted that if we let events unfold on their own – all the questions we were interested in exploring would emerge organically. As a result, the film really challenges viewers to come to their own conclusions about the practice.

We set out to create a film that captured the entire surrogacy process as it unfolded. Often this meant something like the amazing race for the film crew as we raced from Texas to Mumbai and back again! In addition to the parallel stories of the western commissioning parents and the surrogate, the “Reproductive Tourism” industry emerged as a key player in this process, as did US and Indian Government bodies.
Today the international surrogacy industry is growing exponentially. However, in countries such as India, the process is taking place without regulation, and without adequate judicial recourse for the surrogates, the commissioning parents or the children. Similarly new medical tourism businesses are growing in the US and abroad without a proper code of conduct and ethics in place.

“Made in India” highlights the human stories behind a complex process while raising immediate concerns over women’s health and rights.

“Made in India” is screening at film festivals in the United States and internationally. To check screening dates, please visit www.madeinindiamovie.com