The fire began at about 1 a.m. in Grenfell Tower, a 24-story building in the North Kensington neighborhood and part of Lancaster West Estate, a larger residential complex. About 200 people live in the tower.

Forty fire trucks and more than 20 ambulances responded to the fire, while witnesses described hearing screams for help as it continued to burn for hours, starting at the second floor and spreading to the top of the building.

“It just kept burning and burning for hours and for hours there were still people at the top of the building screaming for help,” Alison Evans, who lives nearby, told The New York Times. “It was hell to watch. We were watching people dying. I can’t imagine how many people must have died in there.”

Prime Minister Theresa May said in a statement she was “deeply saddened by the tragic loss of life in the Grenfell Tower.” She called for a meeting at 4 p.m. local time to “coordinate the response and ensure the government is ready to assist emergency services and local authorities as necessary,” according to the statement.

It was not immediately clear how the fire started, and the Metropolitan Police said the number of people killed will likely rise. 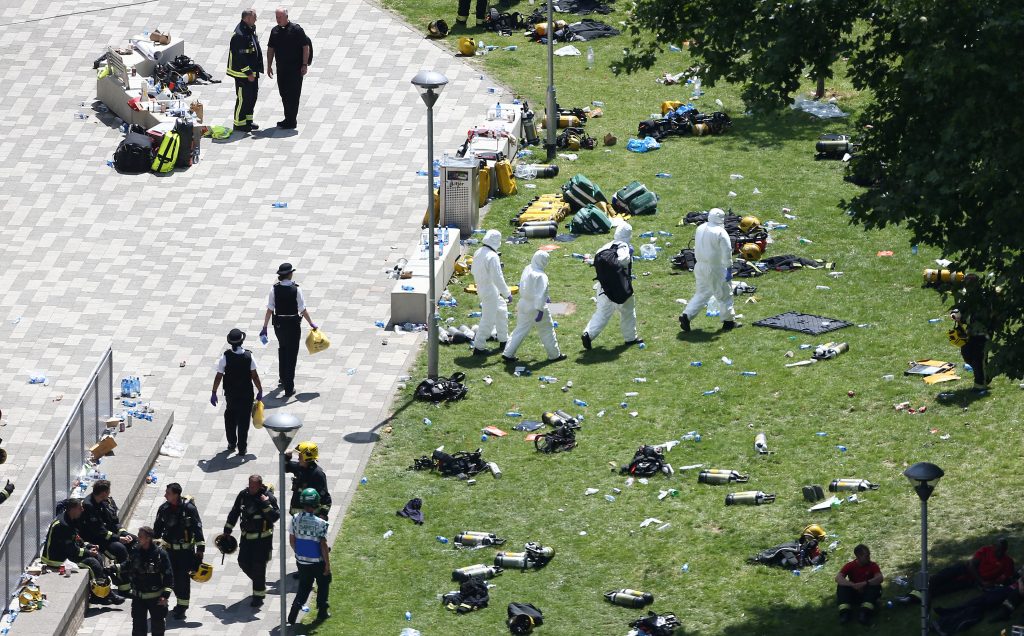 Firefighters, police officers and forensic experts congregate near an apartment tower severely damaged by fire in London on June 14. Photo by Neil Hall/Reuters