BANJUL, Gambia — Thousands gathered Saturday for the ceremony marking the inauguration of Gambia’s new president as this tiny West African nation celebrates wider freedoms after a tense political standoff with its former leader.

Several heads of state were attending the ceremony for President Adama Barrow. He was sworn into office last month at Gambia’s embassy in neighboring Senegal as former leader Yahya Jammeh refused to cede power.

International pressure, including the threat of a regional military intervention, led Jammeh to finally accept his December election loss and fly into exile in Equatorial Guinea. Hundreds of thousands of Gambians welcomed Barrow’s return to Gambia days later.

Barrow, who has just turned 52 and was born the year that Gambia gained independence, has pledged to reverse many of the actions Jammeh took during more than two decades of power. He has committed to stay in the International Criminal Court and rejoin the Commonwealth. He also has vowed to free political prisoners. 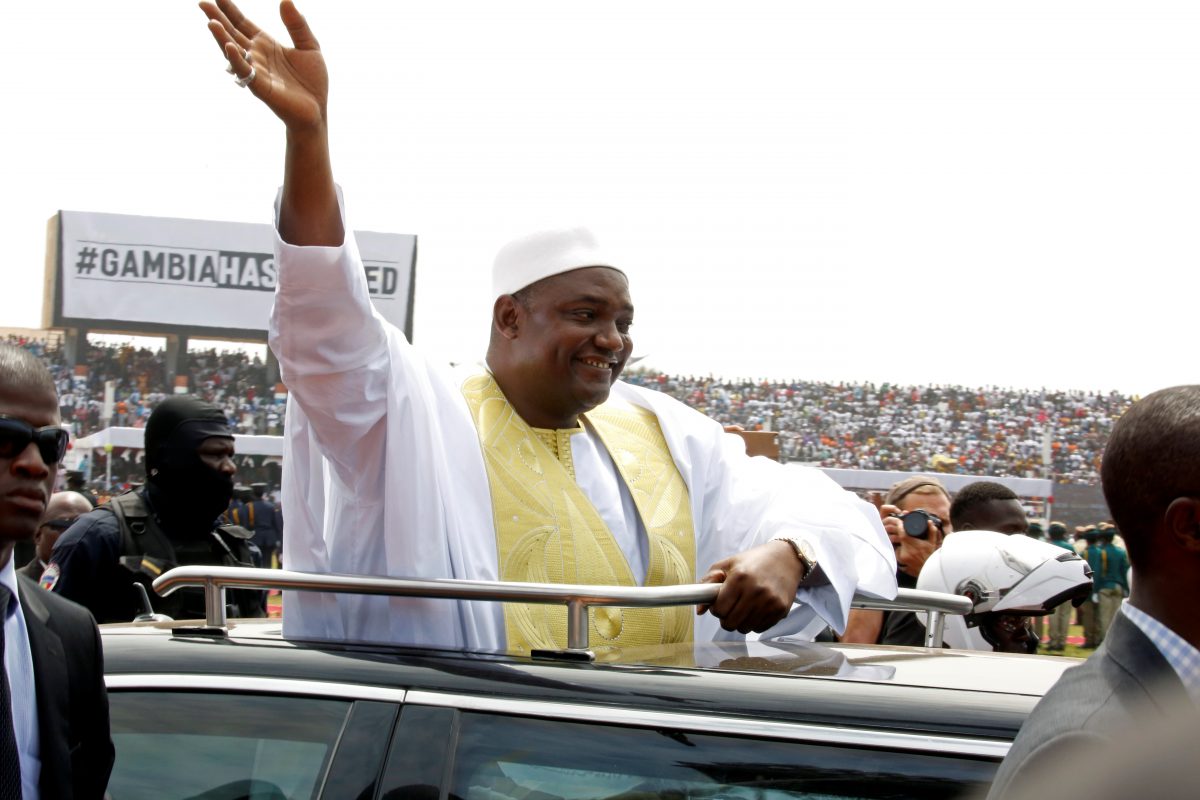 Gambian President Adama Barrow arrives for the swearing-in ceremony and the Gambia’s Independence Day at the Independence Stadium, in Bakau, Gambia February 18, 2017. Photo by Thierry Gouegnon/Reuters

The international community has quickly warmed to Barrow’s approach, with the European Union recently announcing an $80 million package of support after breaking off assistance amid tensions with Jammeh.

Gambians at Independence Stadium on Saturday cheered Independent Electoral Commission chairman Alieu Momarr Njai, who had to flee to Senegal during the political crisis after standing by the election results.

Senegal’s President Macky Sall was among the honorary guests at the ceremony protected by troops from the West African bloc, ECOWAS. The regional force has been securing the country during the transition, which has remained peaceful.

Sall said Gambia and Senegal, a regional power that surrounds the tiny country except for its coast, must strengthen economic and other relations. Many Senegalese live in Gambia.

The U.S. assistant secretary of state for African affairs, Linda Thomas-Greenfield, was among the dignitaries expected to attend the ceremony.