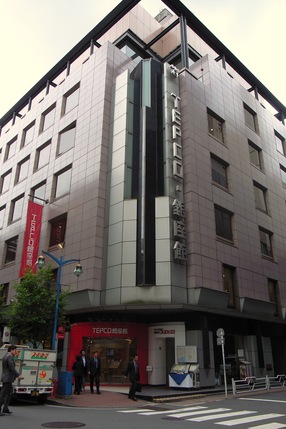 Known as Tepco, the company was founded in 1951 as Japan looked to rebuild its economy and infrastructure after World War II. It is the largest power utility in Japan and Asia, supplying lighting and power to 28.6 million customers as of March 2010 and employing some 38,200 workers.

As one of the world’s biggest power utilities, Tepco’s has 190 power plants that primarily utilize thermal, nuclear and hydroelectric power sources. The company also has interests in telecommunications, Internet service, construction, real estate and transportation. It also invests in power producers in other nations.

Under normal circumstances, the company supplies around a third of Japan’s electrical needs. Its coverage area includes Tokyo and some of the most densely populated parts of the country.

In 2002, Tepco’s president, vice president and chairman quit over a nuclear safety scandal as the company admitted that it might have failed to accurately report cracks at nuclear reactors in the 1980s and 1990s. The company had to shut every boiling water nuclear reactor until more inspections could occur.

“Tepco eventually admitted to 200 occasions in which information had been falsified between 1977 and 2002,” according to the BBC. “Further revelations of past concealment emerged five years later.”

Those revelations have led to some skepticism that the company is being forthcoming about the current crisis. On Wednesday, a Tepco spokesman revealed that 20 government officials had moved into its Tokyo offices.

Tepco’s profit last year was about $1.66 billion, but the company’s market value has sunk by more than half in just the past week. The company’s bottom line also suffered after a powerful 2007 earthquake forced Tepco to halt operations at its Kashiwazaki-Kariwa Nuclear Power Station.

Najmedin Meshkati, a University of Southern California engineering professor, has been critical of Tepco’s transparency and truthfulness for over a decade. He spoke with the NewsHour’s Mike Melia on Thursday.

Looking at the track record of this utility, I am little bit concerned. Of course I know the quake and tsunami were overwhelming. But the thing which is important for me, again I have to be a little skeptical of, is this nuclear utility has a history lack of transparency and little bit, if I may say, deception.

Meshkati also believes the Japanese government has “always been complicit with the nuclear industry” — even after the Tokaimura radiation accident in 1999. “In one case, they gave the whistleblower’s name to the utility company,” Meshkati said. “That tells you about culture of regulatory oversight.”

Justin McCurry, a GlobalPost correspondent in Tokyo, spoke with the NewsHour’s Larisa Epatko about how Japanese citizens are viewing the government’s and Tepco’s response:

“I’ve spoken to people who seem to have confidence in the ability of the government and the Tokyo Electric Power Co. and now the Defense Ministry to bring the situation under control,” he said. “But there are others who have expressed frustration that sometimes the information coming from the government and from Tokyo Electric Power is contradictory or late in getting through to the public. People don’t know what to do unless they have all the facts at their disposal.”

We’ve rounded up some reading on Tepco, its history and and the story of the Fukushima plant: