‘Giants’ take to the streets of Liverpool, England 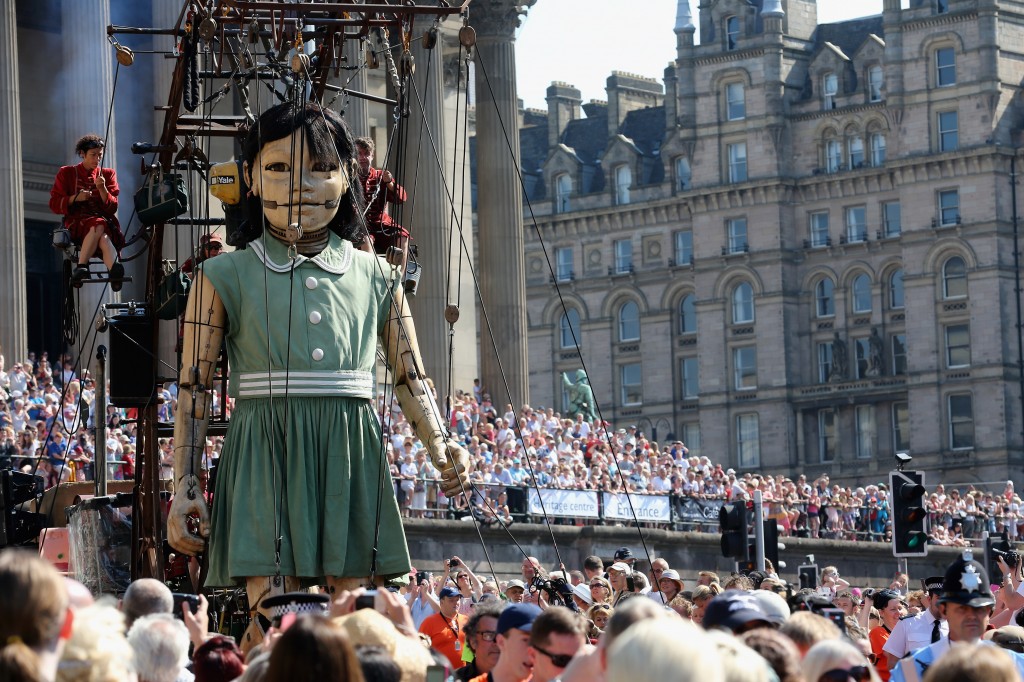 The French street theater company Royal de Luxe are marking 100 years since the start of World War I in a larger than life way.

Three giant marionettes are touring the streets of Liverpool, England during the city’s Great War centenary commemorations Friday through Sunday; marching down 15-foot wide corridors and covering 30 miles over 53 hours. The Little Giant Girl, her dog Xolo and her giant Grandmother will march separate routes, before meeting up on Sunday to tell a tale of life leading up to the start of the First World War.

There is nothing small about the production. The Grandmother alone stands at 25 feet and weighs nearly 9,000 pounds — requiring a team of 26 people to operate and move her around. The budget for the entire production is estimated, BBC News reports, to be around $3.4 million.

It is not the first time the larger than life creations have visited Liverpool. The Little Giant Girl and her uncle, a giant deep sea diver, emerged from the River Mersey in 2012.