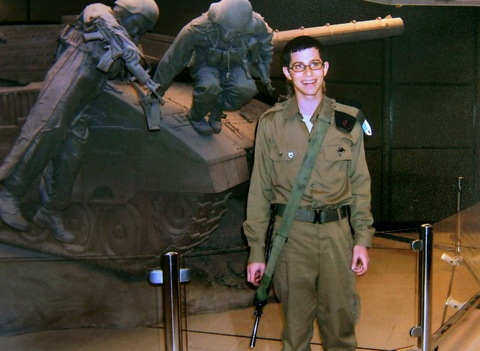 An agreement was reached to release Israeli soldier Gilad Shalit, captured and held by Hamas militants for the past five years, in exchange for other Palestinian prisoners, Israeli and Palestinian officials said Tuesday.

Reuters reported that Abu Ubeida, a spokesman for the armed wing of Hamas, had confirmed the Egyptian-brokered deal. “We are in the process of completing the technical arrangements to complete the deal within days,” he said.

Details of the agreement were sketchy but reportedly would exchange Shalit, now 25, for around 1,000 Palestinian prisoners.

Shalit was kidnapped on June 25, 2006, at Israel’s border with Gaza, where he is believed to be held. Two other soldiers were killed and four wounded, along with two of the Palestinian attackers.

Hamas, one of the armed groups responsible for the kidnapping, said in the ensuing days that it had taken Shalit down a half-mile-long tunnel and was holding him in a secure place, the NewsHour reported on June 27, 2006.

We’ll provide more updates here as they occur. View all of our World coverage and follow us on Twitter.