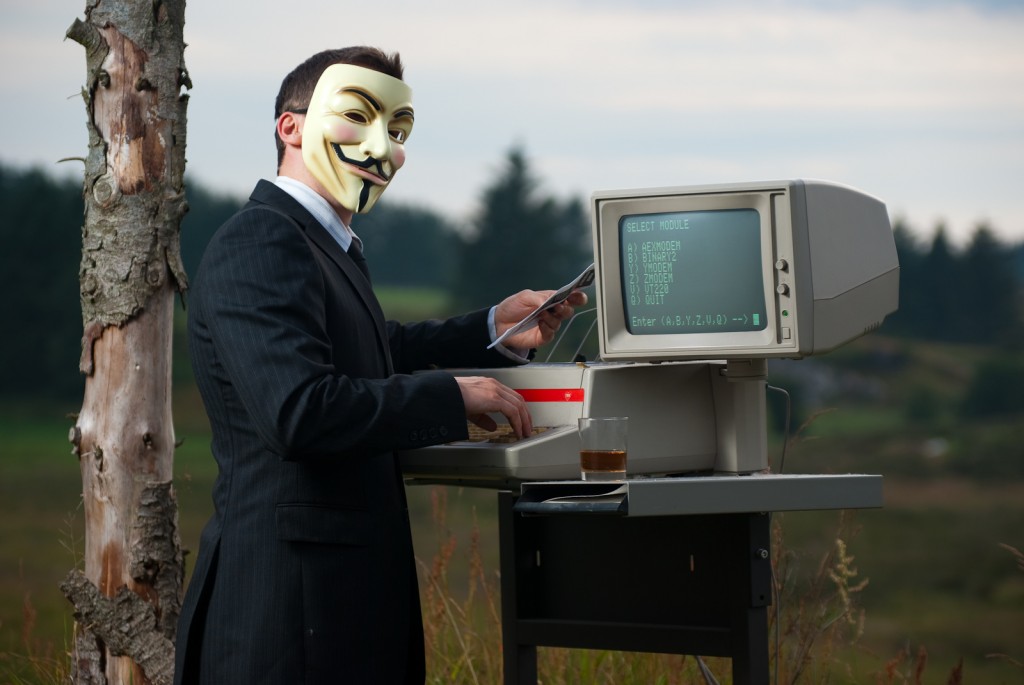 In the wake of Edward Snowden’s revelations about the NSA collecting massive amounts of user meta-data, many people went in search of safer, more secure ways to use the internet anonymously. Once thought to be something only used by the tech-savvy, increased interest in end-to-end e-mail encryption has prompted both Google and Yahoo to develop user-friendly versions of the protocol that would, in theory, make personal messages exceedingly difficult to intercept.

GeeksPhone, a Spanish hardware manufacturer, and Silent Circle, U.S. communication firm, promise to provide the same kind of privacy with Blackphone, the first fully encrypted smartphone meant for the average consumer. While technically an Android device, Blackphone runs a forked version of the operating system called PrivatOS that rids the phone of any and all connections to Google’s servers.

Encrypting e-mail is effective, but requires that both the sender and recipient of a message use the same specific encryption protocol to maintain privacy. Blackphone, for all of the protection that it provides, cuts users off from most of the services–like games, maps, and other functions–so as to make sure that there are absolutely no gaps through which information might be extracted.

The Onion Router also known as Tor, a browser designed keep users entirely anonymous, is something of a happy medium, and the NSA is actively trying to scare people away from it. Tor guides its internet traffic through complex networks of layered encryption that hide a computer’s physical location and make it nearly impossible to monitor the IP addresses that it visits.

Post-Snowden, Tor saw a substantial increase in the number of people using its browser and network, undoubtedly in-part due to privacy concerns. Documents published by The Guardian revealed that the NSA were actively engaged with attempting to infiltrate Tor’s network, and considered the browser to be “the king of high-secure, low-latency anonymity.” Following widespread, successful-attempts at tracking Tor users’ activity, the FBI openly admitted to exploiting a loophole in Tor’s infrastructure as a part of a larger operation in pursuit of a child pornography ring.

Authorities have justified their pushes into the “anonymous internet,” asserting that by and large, much of Tor’s traffic is related to illegal activities, but that seems to be changing. Richard David James, better known by his stage name Aphex Twin, is a fixture in the electronic music scene. Earlier this week James announced his latest album using a website that could only be accessed using Tor, drawing in a significant number of pageviews in a single day.

The attention, says Tor executive director Andrew Lewman, is both a blessing and a curse. While Tor’s network was able to handle the 133,000 visits that Aphex Twin drew, he doubts whether it could withstand the kinds of gargantuan traffic that Facebook sees on a daily basis. Tor users, comparatively speaking, are rare–a fact that Lewman asserts is what makes them targets for governmental organizations.

“It’s been co-opted by GCHQ and the NSA that if you’re using Tor, you must be a criminal,” Lewman explained to The Guardian. “I know the NSA and GCHQ want you to believe that Tor users are already suspect, because, you know, god forbid who would want their privacy online, they must be terrorists.”

Proponents of Tor and other forms of ubiquitous encryption have called for the public to adopt the technologies on a larger scale, logic stating that if everyone is using encryption, then no one can be singled out for it. Rather than adopting the small, experimental proofs of concept like Tor, Lewman says, true privacy on the internet will come when internet juggernauts like Facebook, Twitter, and Google incorporate the technology into their platforms, making them the standard rather than the exception.