Council on Foreign Relations Backgrounder: What Is Hamas? 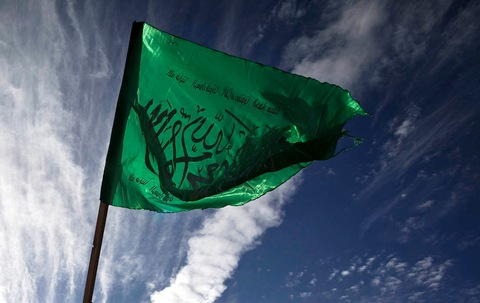 By Jonathan Masters, online editor/writer for the Council on Foreign Relations

Hamas is the largest and most influential Palestinian militant movement that, along with the more moderate Fatah party, serves as one of the two primary Palestinian political factions.

Founded in 1987 during the first Intifada, Hamas is a Sunni Islamist group and a U.S.-designated Foreign Terrorist Organization violently opposed to the state of Israel. Hamas, an acronym for Harakat al-Muqawana al-Islamiya (Islamic Resistance Movement), has exercised de facto rule over the Gaza Strip since wresting the territory from its rival Fatah, which governs the West Bank, in 2007. The two parties have made overtures of reconciliation in the wake of the Arab Spring revolutions, but progress on this score has proved elusive.

Despite its militant reputation, Hamas’ local support, in many ways, can be traced to its extensive network of on-the-ground social programming, including food banks, schools, and medical clinics.

Hamas is viewed by most Western analysts as an obstacle to the Arab-Israeli peace process and the goal of a two-state solution. As a result, Western nations, including the United States, have tried to embolden the Fatah-led Palestinian Authority while isolating Hamas, which has historically kept strong ties to Iran. However, direct Israeli-Palestinian peace negotiations have been frozen since 2010, and the outbreak of hostilities between Israel and Hamas (NYT) in Gaza in late 2012 threatens to erode the prospects for renewed talks anytime soon.

What Are the Origins of Hamas?

Hamas was founded by Sheikh Ahmed Yassin, a Palestinian spiritual leader who became an activist in the local branch of the Muslim Brotherhood after dedicating his early life to Islamic scholarship in Cairo. Beginning in the late 1960s, Yassin preached and performed charitable work in the West Bank and Gaza Strip, both of which were seized by Israeli forces following the 1967 Six-Day War. In 1973, he established al-Mujamma’ al-Islami (the Islamic Center) to coordinate the Brotherhood’s political activities in Gaza.

Yassin established Hamas as the Brotherhood’s local political arm in December 1987, following the outbreak of the first Intifada, a Palestinian uprising against Israeli control of the West Bank, Gaza, and East Jerusalem. Hamas published its official charter in 1988, moving decidedly away from the Brotherhood’s ethos of nonviolence.

The first Hamas suicide bombing took place in April 1993, five months before Yasir Arafat, then-leader of the Palestine Liberation Organization (PLO), and Yitzhak Rabin, then-prime minister of Israel, sealed the Oslo Accords–a historic peace pact that, among other things, established limited self-government for parts of the West Bank and Gaza under the Palestinian authority. Hamas subsequently condemned the Oslo Accords, and has since launched a campaign of terrorism in efforts to undercut peace negotiations. The U.S. State Department officially designated Hamas a Foreign Terrorist Organization in October 1997.

Who Are Hamas’ Leaders?

The overall leader of Hamas since 2004 is Khaled Meshaal, a former teacher who is based out of Doha, Qatar. In January 2012, Meshaal abandoned his longtime base of operations in Damascus, Syria, amid the country’s ongoing civil war. According to the non-partisan Congressional Research Service, Meshaal’s leadership and influence are being challenged in 2012, partly due to the perception of some of Hamas’ prominent leaders in Gaza that he favors political over military resistance.

Hamas’ so-called “prime minister” is Gaza-based Ismail Haniyeh, a former leader of the group’s student movement and close associate of its spiritual founder Sheikh Ahmed Yassin, who was assassinated along with much of the Hamas leadership in 2004. Analysts say Haniyeh is seen as a pragmatist within Hamas, and more open to talks with Israel.

Where Does Hamas Operate?

Hamas’ primary base of popular support is in the Gaza Strip, where it has maintained de facto control since its 2006, when it surprised many observers by winning the majority of seats in the Palestinian parliament. Hamas ousted the remnants of Fatah from Gaza by force in early 2007, and the new Hamas-led government was summarily dismissed by PA president and Fatah chief Mahmoud Abbas. The result of the bloodshed was a de facto geographic division of Palestinian-held territory, with Hamas holding sway in Gaza and Fatah maintaining the internationally recognized Palestinian Authority government in the West Bank town of Ramallah.

The upheavals of the “Arab Spring” in early 2011 led many Palestinians to push for reconciliation between Fatah and Hamas, and the two sides signed an accord in May 2011. “We need to achieve the common goal: a Palestinian state with full sovereignty on the 1967 borders with Jerusalem as the capital, no settlers, and we will not give up the right of return,” Meshal said at the signing in Cairo. Yet Hamas and Fatah were at odds again several months later when Abbas decided to seek recognition for a Palestinian state in the United Nations, a move Hamas vehemently opposed.

Early on, some observers hoped that political legitimacy–and the accountability that comes with it–could wean Hamas away from violence. But to date, the group has refused to eschew violence and remains adamant about reversing the decision by the more secular Fatah to recognize Israel’s right to exist. Following Hamas’s capture of Gaza, Egypt and Israel largely closed their borders with the territory. Israel, which maintains a blockade of the Gaza strip, alleges that Iranian and other weapons are smuggled into the enclave through a series of tunnels from Egypt.

Since coming to power in Gaza, rockets fired from the territory have consistently landed on Israeli border cities, sometimes producing casualties. Israel has retaliated militarily on targets in Gaza, most notably in 2009 with a full-blown ground invasion and a sustained campaign of airstrikes. In late 2012, analysts speculate whether a similar fate awaits Gaza after rockets rained down on many Israeli urban centers, including Tel Aviv and Jerusalem.

What Does Hamas Believe and What Are Its Goals?

Hamas combines Palestinian nationalism with Islamic fundamentalism. Its founding charter commits the group to the destruction of Israel, the replacement of the PA with an Islamist state on the West Bank and Gaza, and to raising “the banner of Allah over every inch of Palestine.” Its leaders have called suicide attacks the “F-16” of the Palestinian people.

Some analysts contend that Hamas remains reluctant to give up violence and compromise on territory, but others note that some Hamas leaders have stated a qualified willingness to accept peace with Israel and a Palestinian state that does not include all of historic Palestine.

In July 2009, Khaled Meshaal said Hamas was willing to cooperate with the United States (WSJ) on promoting a resolution to the Arab-Israeli conflict. Hamas, he said, would accept a Palestinian state based on 1967 borders provided Palestinian refugees be allowed to return to Israel and East Jerusalem be recognized as the Palestinian capital. The proposal fell short of recognizing the state of Israel, a necessary step for Hamas to be included in peace talks.

Is Hamas Only a Terrorist Group?

No. In addition to its military wing, the so-called Izz al-Din al-Qassam Brigade, Hamas devotes much of its estimated $70 million annual budget to an extensive social services network. Indeed, the extensive social and political work done by Hamas–and its reputation among Palestinians for being averse to corruption–partly explain its defeat of the Fatah old guard in the 2006 legislative vote.

Hamas funds schools, orphanages, mosques, health-care clinics, soup kitchens, and sports leagues. “Approximately 90 percent of its work is in social, welfare, cultural, and educational activities,” writes the Israeli scholar Reuven Paz. The Palestinian Authority often fails to provide such services, and Hamas’s efforts in this area–as well as a reputation for honesty, in contrast to the many Fatah officials accused of corruption–help to explain its broad popularity.

How Is Hamas Funded?

Since its electoral victory to lead the PA, Hamas has had public funds at its disposal, though it does not have access to the foreign-aid dollars traditionally provided by the United States and European Union to the PA.

Historically, much of Hamas’s funding came from Palestinian expatriates and private donors in Saudi Arabia and other oil-rich Persian Gulf states. Iran also provides significant support, which some diplomats say could amount to $20 million to $30 million per year. In addition, some Muslim charities in the United States, Canada, and Western Europe funnel money into Hamas-backed social service groups. In December 2001, the Bush administration seized the assets of the Holy Land Foundation, the largest Muslim charity in the United States, on suspicions it was funding Hamas.

In 2011-2012, Hamas has distanced itself from Shia-dominated Iran, its primary benefactor, due to Tehran’s support for Syrian President Bashar al-Assad and his regime’s violent crackdown on largely Sunni anti-government activists. By one account, the move has cost Hamas $23 million a month in financial support.

Hamas Is Responsible for What Attacks?

Hamas is believed to have killed more than 500 people in more than 350 separate terrorist attacks since 1993. Not all Hamas’s attacks have been carried out by suicide bombers. The group has also accepted responsibility for assaults using mortars, short-range rockets, and small-arms fire.

In 1996, Hamas bombings played an important role in undermining the election hopes of Labor Party leader Shimon Peres, who represented the succession to assassinated Oslo Accords signatory Yitzhak Rabin. (Likud’s Benjamin Netanyahu, who ran against the accords, won instead.) Between 2001 and 2003, in particular, Hamas and its comrades of Palestinian Islamic Jihad carried out dozens of such attacks, ultimately leading Israel to begin construction of a barrier between itself and Palestinian regions.

How Does Hamas Recruit and Train Suicide Bombers?

The organization generally targets deeply religious young men–although some bombers have been older. The recruits do not fit the usual psychological profile of suicidal people, who are often desperate or clinically depressed. Hamas bombers often hold paying jobs, even in poverty-stricken Gaza. What they have in common, studies say, is an intense hatred of Israel.

Is Hamas Popular Among Palestinians?

Hamas has a history of fluctuating public approval. In the wake of the regional upheavals in the spring of 2011, a June survey of public opinion found that 67 percent of Gazans would support demonstrations seeking regime change, and that 50 percent of them would participate in such demonstrations. Gazan youth in particular are dissatisfied with Hamas, according to the polls by the Palestinian Center for Policy and Survey Research.

According to Palestinian pollster Khalil Shikaki, in late 2006, Hamas enjoyed public backing, though most Palestinians also wanted to see a negotiated settlement with Israel. In late 2008 and early 2009, during a violent flare-up that resulted in Israeli land raids into the Gaza Strip, several news agencies reported that Hamas’s popularity had stayed constant or even increased. By the end of June 2009, public support for Hamas in the West Bank and Gaza Strip fell to 18.8 percent, according to polls conducted by the Jerusalem Media and Communication Center.

This is a cross-post with the Council on Foreign Relations. Read the original backgrounder here. View more of our World coverage.