GAZA CITY, Gaza Strip — A senior Hamas official said Tuesday that the Islamic militant group rejects the “conspiracies” announced by the U.S. and Israel and that “all options are open” in responding to the Trump administration’s newly unveiled peace plan, which heavily favors Israel.

“We are certain that our Palestinian people will not let these conspiracies pass. So, all options are open. The (Israeli) occupation and the U.S. administration will bear the responsibility for what they did,” senior Hamas official Khalil al-Hayya said as he participated in one of several protests that broke out across the Hamas-ruled Gaza Strip. 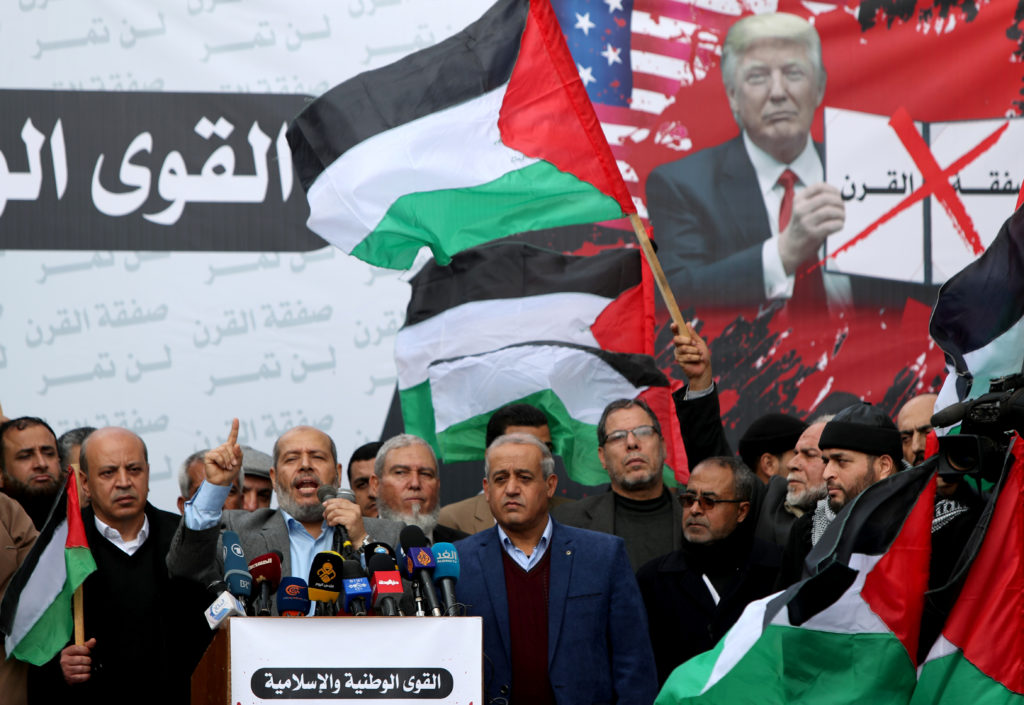 Senior Hamas leader Khalil al-Hayya speaks during a protest ahead of the announcement by U.S. President Donald Trump of his long-delayed Mideast peace plan, in Gaza City January 28, 2020. REUTERS/Mohammed Salem

The peace plan would create a small, disjointed Palestinian state in the West Bank and allow Israel to annex nearly all the Jewish settlements in the territory. Abbas rejected the deal before it was announced saying the U.S. was hopelessly biased toward Israel.

Jordan meanwhile warned against any Israeli “annexation of Palestinian lands” and reaffirmed its commitment to the creation of a Palestinian state along the 1967 lines, which would include all the West Bank and Israeli-annexed east Jerusalem.

Foreign Minister Ayman Safadi warned of “the dangerous consequences of unilateral Israeli measures, such as annexation of Palestinian lands.”

Jordan and Egypt are the only two Arab countries to have made peace with Israel.