There is cautious optimism that a dangerous Ebola outbreak in the Democratic Republic of the Congo is over, the head of the World Health Organization’s emergency response operations said Thursday.

Transmission of the deadly virus appears to have stopped — though it is not yet time to pull back on the response operation, Dr. Peter Salama, deputy director-general for emergency preparedness and response, told STAT.

“Overall I’d be very confident that we’ve broken the back of this outbreak,” Salama said, noting that the WHO will discuss with the DRC government in coming days how long to maintain response operations and when to think about declaring the outbreak over.

While there have been 28 fatalities due to Ebola, there hasn’t been a newly confirmed diagnosis since early June. And while surveillance teams keep finding and testing people who are sick, time and again tests have shown that what ails them is not Ebola.

Typically infectious disease outbreaks are declared over when there hasn’t been a new case for two full incubation periods of the particular disease. Ebola’s incubation period is two to 21 days, so 42 days is the bare minimum. As of Thursday, 19 days had passed without a new case.

RELATED: ‘You’re holding your breath’: Scientists who toiled for years on an Ebola vaccine see the first one put to the test

But the WHO is likely to be cautious, particularly in light of the West African Ebola outbreak that ran from late 2013 to 2016.

That epidemic appeared to be coming under control in 2015 and 2016, and on several occasions the WHO declared the outbreak over in one of the affected countries. Then a cluster of new cases would be spotted.

Investigation of the new cases brought to light that a phenomenon previously thought to be mainly a theoretical risk: The Ebola virus persisted in some survivors for weeks and in some cases even months — notably in eyeballs and testicles — often reigniting spread of the disease.

Investigations found most of the new cases were linked to sexual contact with a survivor; mother-to-infant transmission via breast milk was seen in one case. 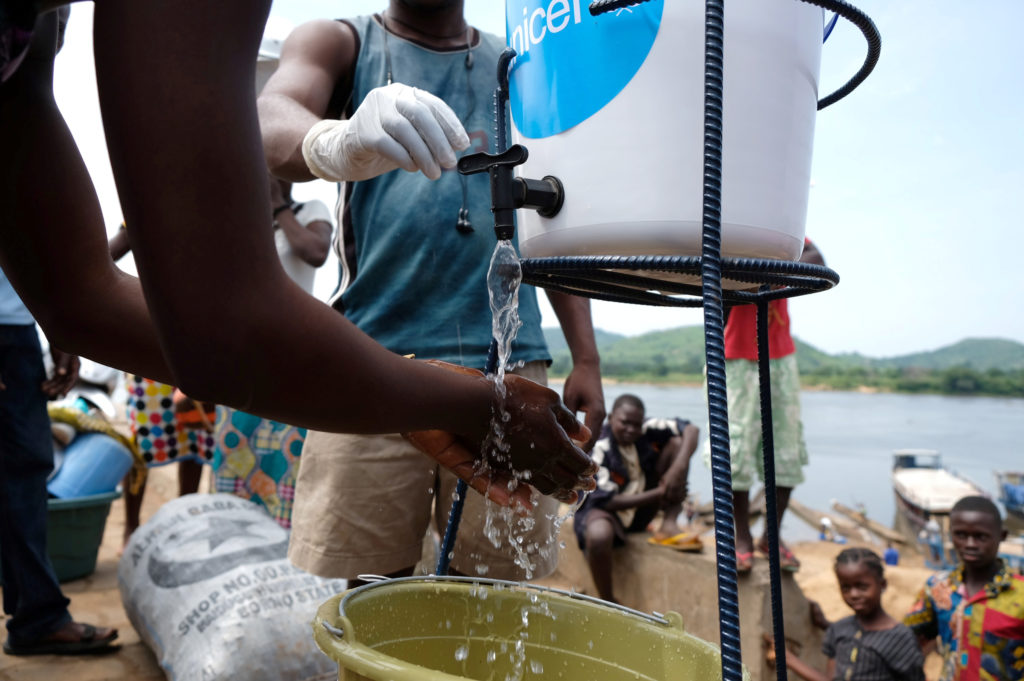 The same kind of risks “mustn’t be underestimated” in the latest outbreak, said Dr. Jeremy Farrar, director of Britain’s Wellcome Trust, one of the first entities to step up to help fund this outbreak response.

“You would hate to declare it over prematurely,” he said, noting that having to unwind operations and rebuild them later would be difficult and would undermine morale.

The use of an experimental Ebola vaccine in the outbreak may diminish the risk of straggler cases, or even sexually transmitted infections from survivors, however.

The vaccine, being developed by Merck, was offered to health care workers as well as the contacts of cases — and their contacts — in what’s called a ring vaccination approach. The idea is to stop spread of the virus by protecting anyone who might be at risk of contracting it.

Acceptance of the vaccine was astonishingly high — almost everyone offered a chance to be vaccinated took it. Salama said in nine of 11 vaccination rings, all the people offered the vaccine agreed to be vaccinated. In the other two rings, 98 percent agreed. “It was really heartening,” he said.

It is too early to say for sure, but Salama believes the vaccination effort helped to contain the outbreak, which involved spread in three locations — the city of Mbandaka, on the Congo River, the town of Bikoro, and the village of Iboko.

“Just eyeballing the data, the fact that these outbreaks really stopped in their tracks … to me is suggestive that the vaccination had some impact,” he said. Salama noted infections dried up despite the fact that contact tracing — finding people who had been exposed to cases to monitor them for signs of Ebola — only really got to high levels late in May. That is about a week after vaccination began in Mbandaka and around the time it started in Bikoro and Iboko.

The outbreak post-mortems will include an effort to explore the question more fully, Salama said. Scientists will look at when contacts of cases were exposed to sick people and then when they were vaccinated to try to discern if the vaccine may have prevented infections.

“We’ll know more on that when we do more modeling post-outbreak with the full data set,” Salama said. “But for the regular transmission, certainly that’s extremely likely. And even [to prevent] sexual transmission, it’s possible.”

None of the experimental Ebola therapies shipped to DRC ended up being used in this outbreak. By the time the country’s scientific and ethics advisory committees had studied the drugs and agreed they would be administered, there were no patients left to treat.

“It is a lost opportunity,” Salama acknowledged.

But he noted that in a small 2017 outbreak in DRC, the same thing happened with a proposal to use the experimental vaccine. The groundwork laid then led to quicker approval of the vaccine this time, he said, and the review of the experimental drugs in this outbreak could speed approvals the next time DRC — on its ninth Ebola outbreak — has to fight this disease. “For next time, I think it will happen much more quickly,” Salama said.

This article is reproduced with permission from STAT. It was first published on June 21, 2018. Find the original story here.