Helmet use a no brainer in Cambodia’s rapid motorization

PHNOM PENH, Cambodia — On a steamy afternoon in the Cambodian capital, Sar Sopheap, 40, was looking over the selection of used motorcycles at a shop in the Prampi Makara district, known for its hundreds of small motorcycle shops. She was helping her niece, Thoeun Srey Oun, a 20-year-old worker in a garment factory, choose her first wheels.

I asked Thoeun, a shy woman who looked much younger than 20, if she had gotten her license yet.

Her aunt spoke up: “Nobody has come to tell the people directly that we must apply for a license. I don’t think it’s necessary.”  Does Thoeun know how to drive? “My niece doesn’t have time to go to driving school because she has to go to work in the factory,” Sar answered brusquely. “We will teach her at home.”

Like Thoeun, pretty much all of Cambodia is just beginning to learn the rules of the road.

In the early 1990s, when Cambodia emerged from nearly two decades of war and the terrible genocide of the Pol Pot regime, it was a broken and backward country. There were only about 47,000 registered motor vehicles on its roads, about 88 percent of which were cheap motorcycles. This for a population of nearly 9 million — or about one vehicle for every 190 people.

Since then, Cambodia has enjoyed relatively robust economic growth, and there are now 2.1 million vehicles on its roads, including about 1.8 million motorcycles — or one vehicle for every seven people. The numbers continue to increase by about 20 percent a year.

View a map of statistics on traffic fatalities from around the globe.

This rapid motorization — typical for much of Southeast Asia — has been driven mainly by the popularity and affordability of small motorcycles. In Cambodia, where 25 percent of the population lives on less than a dollar a day, “buying a motorcycle takes you over the poverty line,” says Ear Chariya, a road safety expert in Phnom Penh.

Buying a motorcycle means that people who used to walk or ride a bicycle are now able to commute to a better job, live in a better neighborhood. It means that it is easier to take their goods to market, or their kids to school or to the hospital. And while designed to carry no more than one passenger, the motorcycle has quickly morphed into family transportation.

But as Chariya and other experts note, there is one fearsome downside: Small motorcycles are deadly. Over the next decade, they are on course to claim more lives in the developing world than HIV/AIDS and tuberculosis.

In wealthy countries like the U.S., motorcycles typically represent 3 percent to 5 percent of the vehicles on the road, but a disproportionate 12 percent to 20 percent of the road fatalities. Across Southeast Asia, two-wheeled vehicles account for about a third of all highway deaths. However, in Malaysia the number has now stretched to 59 percent; in Cambodia it is 67 percent; and in Thailand it has reached a staggering 74 percent. With the number of vehicles in the region doubling every five years, the number of fatalities is expected to grow commensurately.

The most obvious way to cut down on motorcycle fatalities would be to wear a helmet. All countries in Southeast Asia have mandatory helmet laws — at least for drivers, if not always for passengers — but the laws are lightly enforced and largely ignored.

The Cambodian government recently passed a new helmet law that requires drivers and all passengers — including children — to wear a helmet. The law, which is supposed to bre enforced beginning this summer, would increase the fine for violators.

As it stands now, the fine for not wearing a helmet is less than a dollar. Compliance is particularly weak in rural areas. One survey in Kampong Cham province showed that only 24 percent of drivers wore helmets during the daytime, with that figure dipping to 5 percent after dark.

Many motorcyclists who wear helmets do so only to avoid paying petty bribes to corrupt traffic cops, and the helmets they are wearing are so poorly made as to be worthless in a crash. In Vietnam, a study found that more than 80 percent of the helmets being worn by motorcyclists failed to meet minimum safety standards. Ratnak Sao, a World Health Organization (WHO) road safety specialist in Cambodia, told me  that he recently bought a helmet in a Phnom Penh street market for about 80 cents — and then crushed it with his hands.

Only about a quarter of Cambodia’s drivers even bother to get a license, and a recent survey found that 70 percent of the country’s motorists didn’t understand the meaning of a simple stop sign. 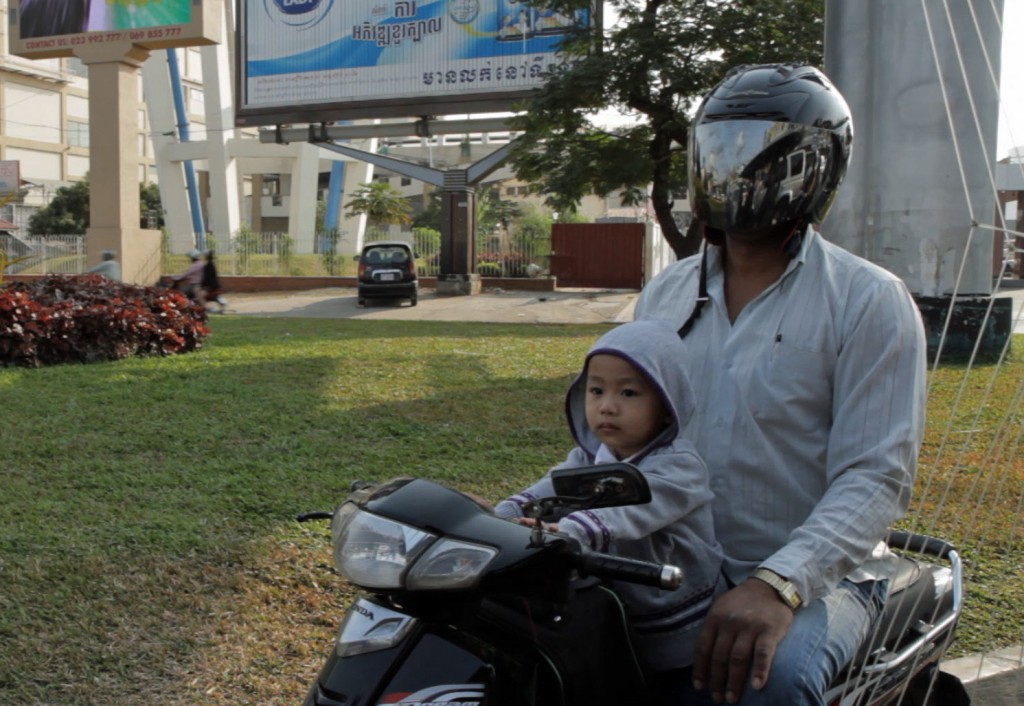 A few blocks away from where Thoeun and her aunt were shopping for a motorcycle, Chhay Hour, a 26-year-old engineer who works for Cambrew, the country’s largest brewery, was bargaining hard for a used Honda. This would also be his first bike. He used to walk to work from company-provided housing at its main facility near Sihanoukville. But he’s been transferred to a new job in the capital and will have to commute about four miles. Hence the need for wheels.

I ask if he has a license.

This attitude — and this kind of apparent petty corruption — is pervasive across Southeast Asia. It undoubtedly contributes to the reckless driving habits and high mortality rate on the region’s roads: If the traffic police don’t take traffic laws seriously, why should you?

But what is most alarming about the region’s motorcycle boom is the casual indifference to the soaring death toll. On an official level, governments pay lip service to making roads safer, but appear to view the body count as an unavoidable cost of economic progress. The general public seems to agree.

While this is clearly a serious public health crisis, donor-driven spending hardly reflects the urgency. According to WHO statistics, there were about 2,300 HIV/AIDS-related deaths in Cambodia in 2012 compared to almost 2,000 highway fatalities, yet spending on HIV/AIDS treatment and prevention campaigns totaled $58 million compared to just $10 million for road safety improvements; malaria claimed about 100 lives in Cambodia that year but received $42 million in funding, while a celebrity-laden de-mining campaign spent $20 million even though only about 100 people a year are killed by landmines.

One thing for certain is that the carnage on Cambodia’s roads is hurting the bottom line. The World Bank estimates that road crashes are costing the country 3.5 percent in annual GDP. Loss of productivity due to death or long-term disability (the overwhelming majority of motorcycle fatalities are male breadwinners), the burden on the health care system and property damage are the main factors.

Tom Hundley is a senior editor at the Pulitzer Center on Crisis Reporting.