How to help victims of Guatemala’s Fuego volcano

The Volcán de Fuego, a volcano in the Southern region of Guatemala, erupted unexpectedly on Sunday, killing at least 75 people.

Videos and photos of the eruption have been spread across social media, showing images of residents fleeing the disaster as well as destroyed cars and buildings covered in a thick layer of ash. 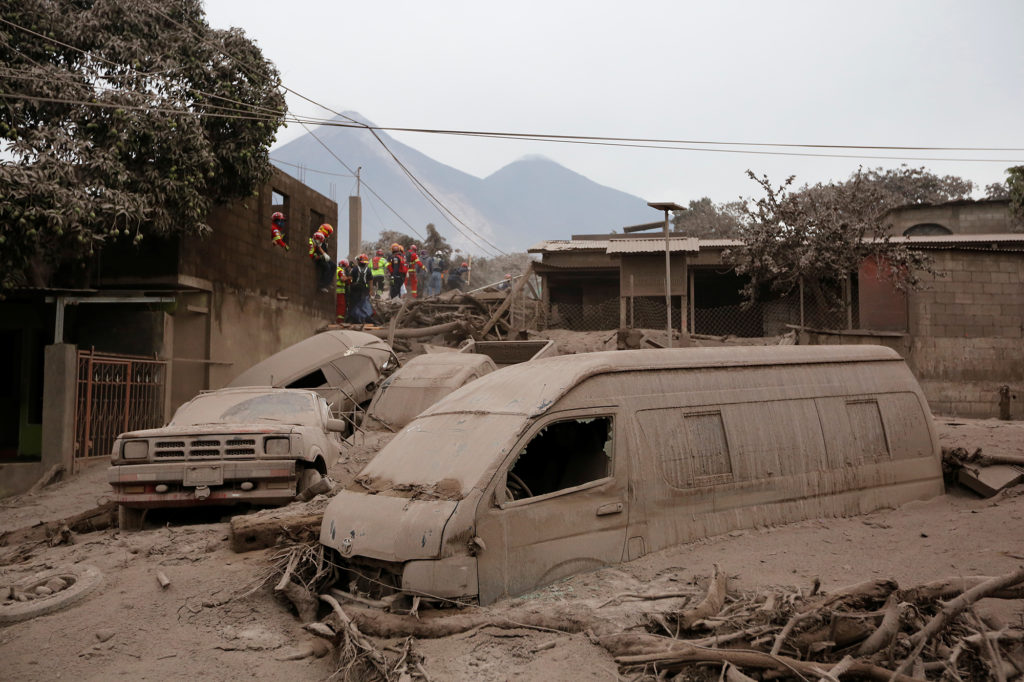 Firefighters and rescue workers look for bodies and survivors at an area affected by the eruption of the Fuego volcano in the community of San Miguel Los Lotes in Escuintla, Guatemala. REUTERS/Luis Echeverria.

The eruption was especially deadly due to its a pyroclastic flow — a combination of hot lava, ash and volcanic gas that traveled down the volcano at rapid speed. New flows were also reported late Tuesday afternoon. The country’s disaster agency ordered additional evacuations from the areas surrounding the volcano.

READ MORE: What made Guatemala’s Fuego Volcano eruption so deadly?

Thousands of residents have evacuated the area and have been placed in temporary housing, according to the BBC. The death toll is expected to rise as officials continue to search for missing people amid the accumulated debris. Here is how you can help Guatemalans as they begin to rebuild and recover. 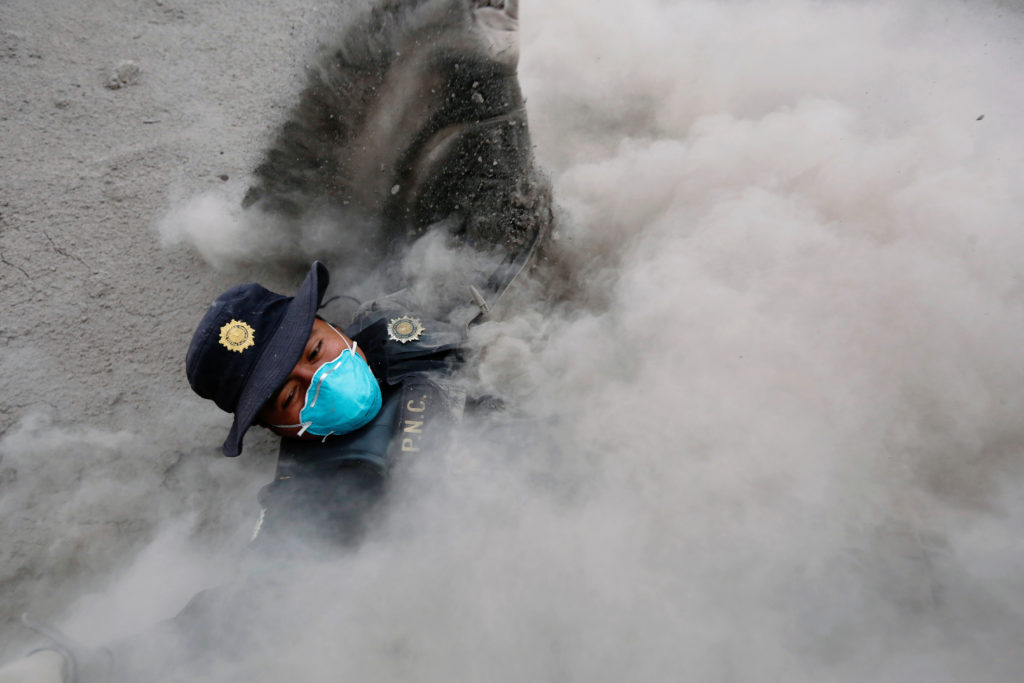 A police officer stumbles while running away from a new pyroclastic flow spewed by the Fuego volcano in the community of San Miguel Los Lotes in Escuintla, Guatemala, June 4, 2018. Photo by REUTERS/Luis Echeverria

Note: We verified organizations to the best of our ability. If you aren’t sure about the legitimacy of a charitable organization visit Charity Navigator.

Left: A sign on a widow covered with ash is seen at an area affected by the eruption of the Fuego volcano in the community of San Miguel Los Lotes in Escuintla, Guatemala. Photo by REUTERS/Luis Echeverria