Hungarians hold national vote in the shadow of Ukraine’s war

The contest is expected to be the closest since Orban took power in 2010, thanks to Hungary’s six main opposition parties putting aside their ideological differences to form a united front against his right-wing Fidesz party.

Recent polls suggest a tight race but give Fidesz a slight lead. Analysts have predicted high turnout, and around 40% of Hungary’s nearly 7.7 million eligible voters had cast a ballot by 1 p.m., according to the National Election Office.

Opposition parties and international observers have pointed out structural impediments to defeating Orban, highlighting pervasive pro-government bias in the public media, the domination of commercial news outlets by Orban allies and a heavily gerrymandered electoral map. 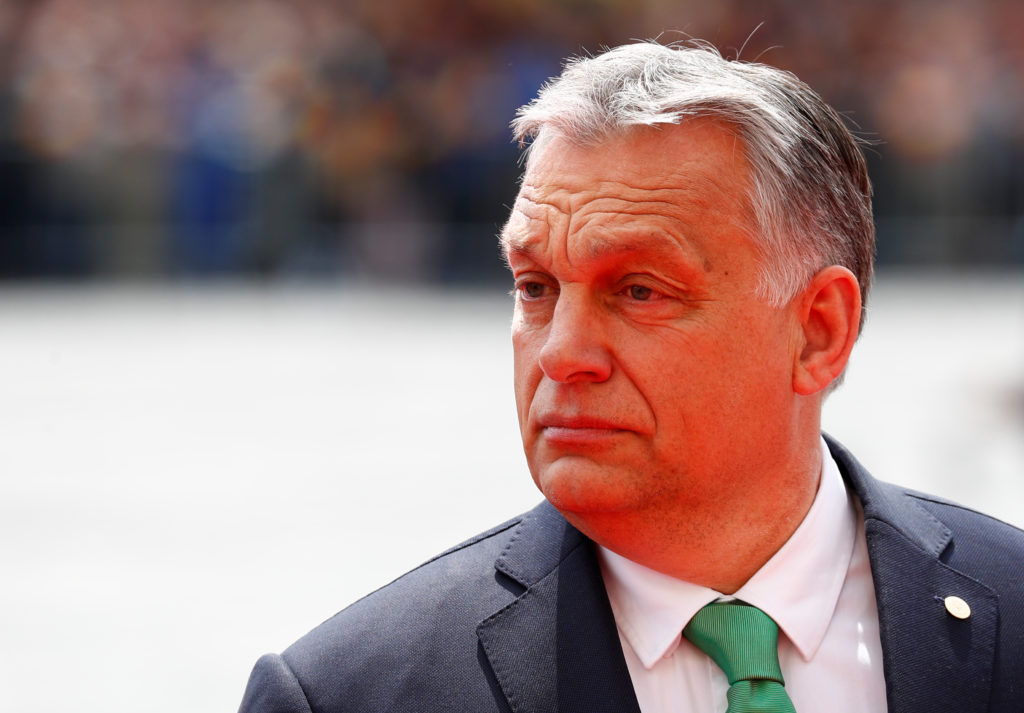 The Organization For Security and Cooperation in Europe sent a full observation mission to Hungary to monitor Sunday’s election, only the second time it has done so in a European Union country.

Speaking at a polling place in a wealthy Budapest neighborhood, the head of the OSCE mission, Ambassador Jillian Stirk, said the group’s assessments would be based “on the facts that we observe, from what we see and what we hear. So we don’t come with any kind of preconceived ideas.”

Gabor Somogyi, a 58-year-old marketing professional, said after voting that he believes that Hungary’s media environment favors Orban and Fidesz, and has made the election unfair.

“I really count on the monitoring. It’s fine, I’m happy with that. But I don’t really believe (the election) will be clean enough. Even the campaign was not clean enough,” Somogyi said.

Yet despite what it calls an uneven playing field, the six-party opposition coalition, United For Hungary, has asked voters to support its efforts to introduce a new political culture in Hungary based on pluralistic governance and mended alliances with the EU and NATO.

The coalition’s candidate for prime minister, Peter Marki-Zay, has promised to bring an end to what he alleges is rampant government corruption, and to raise living standards by increasing funding to Hungary’s ailing health care and education systems.

After voting along with his family in his hometown of Hodmezovasarhely, where he serves as mayor, Marki-Zay on Sunday called the election an “uphill battle” due to Fidesz’s superior economic resources and advantage in the media but he knows “there are more people that want change in Hungary.”

Orban — a fierce critic of immigration, LGBTQ rights and “EU bureaucrats” — has garnered the admiration of right-wing nationalists across Europe and North America. Fox News host Tucker Carlson broadcast from Budapest for a week last summer, where he extolled Orban’s hard-line approach to immigration and the razor wire fence he erected along Hungary’s southern border. 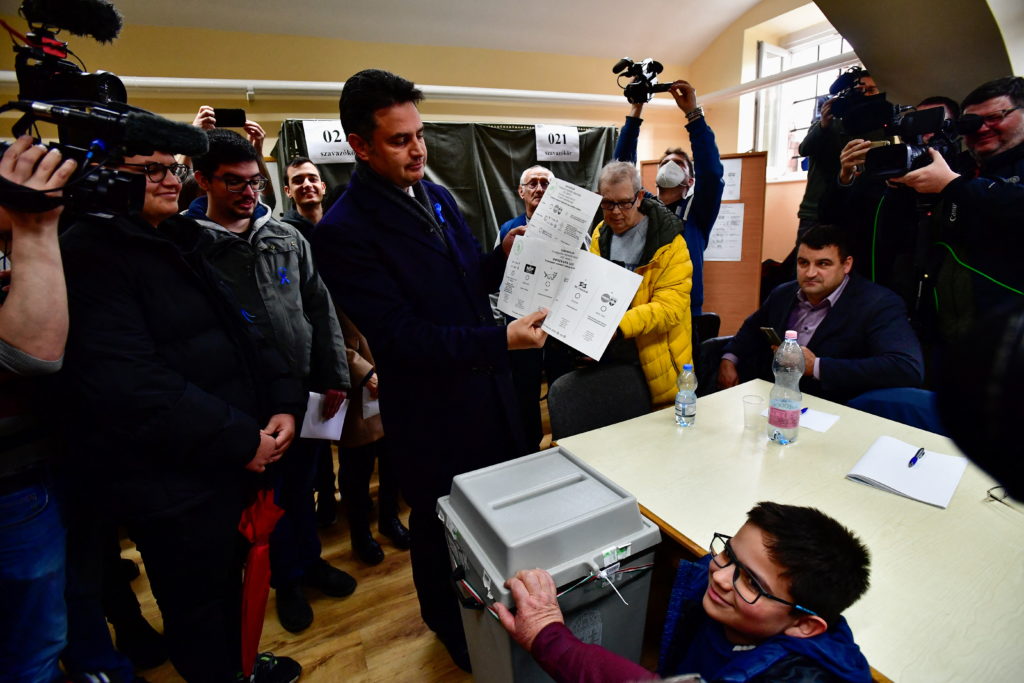 A proponent of what he calls “illiberal democracy,” Orban has taken many of Hungary’s democratic institutions under his control, and depicted himself as a defender of European Christendom against Muslim migrants, progressivism and the “LGBTQ lobby.”

Peter Sandor, 78, a retired social development professional, said after voting on Sunday that the stakes of the election were whether Orban could continue to uphold Christian conservatism in Hungary and maintain national pride.

“The importance of this election is to continue with what we have been building up for the last 12 years. Fantastic results, and we expect that if Fidesz doesn’t win, it’s going to go down the drain again like it did between 2002 and 2010,” Sandor said.

In his frequent battles with the EU, of which Hungary is a member, Orban has portrayed the 27-member bloc as an oppressive regime reminiscent of the Soviet occupiers that dominated Hungary for more than 40 years in the 20th century, and has bucked attempts to draw some of his policies into line with EU rules.

Those policies, including what critics view as violations of the rights of LGBTQ people, misuse of EU funds and exerting undue control over Hungary’s media, have put him at odds with Brussels and resulted in billions of euros in EU funding being withheld from his government.

While Orban had earlier campaigned on divisive social and cultural issues, he dramatically shifted the tone of his campaign after Russia’s invasion of neighboring Ukraine in February, and has portrayed the election as a choice between peace and stability or war and chaos.

While the opposition called for Hungary to support its embattled neighbor and act in lockstep with its EU and NATO partners, Orban, a longtime ally of Russian President Vladimir Putin, has insisted that Hungary must remain neutral and maintain its close economic ties with Moscow, including continuing to import Russian gas and oil.

At his final campaign rally on Friday, Orban told a crowd of supporters that supplying Ukraine with weapons — something that Hungary, alone among Ukraine’s EU neighbors, has refused to do — would make the country a military target, and that sanctioning Russian energy imports would cripple the economy.

“This isn’t our war, we have to stay out of it,” Orban said.

But Gabor Somogyi, an opposition voter, said the war in Ukraine and economic instability made this election “more important than the previous,” and that he believed Hungary needed to take a firmer stance on the conflict in Ukraine.

“All of that will affect our economy, and we need to decide on which side we continue,” he said.

Left: A person votes at a polling station during the Hungarian parliamentary election, in Budapest, Hungary, April 3, 2022. Photo by Bernadett Szabo/Reuters.