The mushroom cloud of reddish smoke seemed to swallow Beirut whole, in one thunderous clap. Across Lebanon’s capital, residents could see, hear, and feel Tuesday’s monstrous explosions from all corners of the city. Rawan Taha, 32, was enjoying a day at the beach when she first felt the ground shake beneath her feet. Photographer Mahmoud Nakib was in the middle of a bridal photo shoot when he heard the blast. He, the bride, the groom and the rest of the film crew ran for cover inside a nearby restaurant. “You cannot imagine the strength of this explosion. I am still in shock. I cannot put my head around how this happened,” Nakib said.

The pair of explosions that ripped through Lebanon’s capital city early Tuesday evening left at least 154 people dead and more than 5,000 were injured. An estimated 300,000 Beirutis were left homeless overnight and around 500 remain missing. Though the exact cause remains unknown, firefighters were seen responding to a port warehouse fire around 6 p.m. when there was an explosion. Then a much larger blast and an immense shockwave destroyed huge swathes of the city. Among the largest non-nuclear explosions in recent history, the shockwave was felt as far away as the island of Cyprus, more than 100 miles off Lebanon’s coast. Officials say the second, more devastating explosion was likely caused when a 2,750-ton stockpile of ammonium nitrate ignited. The ammonium nitrate, often used in fertilizer and in the mining industry as an explosive, was confiscated from a Russian-owned vessel six years ago after it docked in Beirut’s port and stored in a warehouse that former port workers say also contained fireworks. President Michael Aoun has said that he learned of the stockpiled materials three weeks ago, and ordered action on it at that time.

Amid demands for accountability, Aoun told local media on Friday that the government’s investigation would look at whether it was caused by negligence, an accident or possible external interference, though he has rejected calls for an international probe, Hezbollah chief Hassan Nasrallah made his first appearance Friday to deny the stockpile belonged to the group.

For Lebanon, the timing of this unprecedented tragedy could not be worse. The country was already teetering on the edge of collapse: it has one of the world’s largest per capita debt burdens and it’s currently battling the coronavirus pandemic. Its economy is collapsing amid a banking crisis, rapidly depreciating currency and a political impasse fueled by a long history of lack of government leadership, sectarian rifts and rampant corruption.

Since then, an intensifying rage has overtaken the streets of Beirut. Below, residents who survived the explosions share what it was like when explosions began, and what has come in the aftermath. 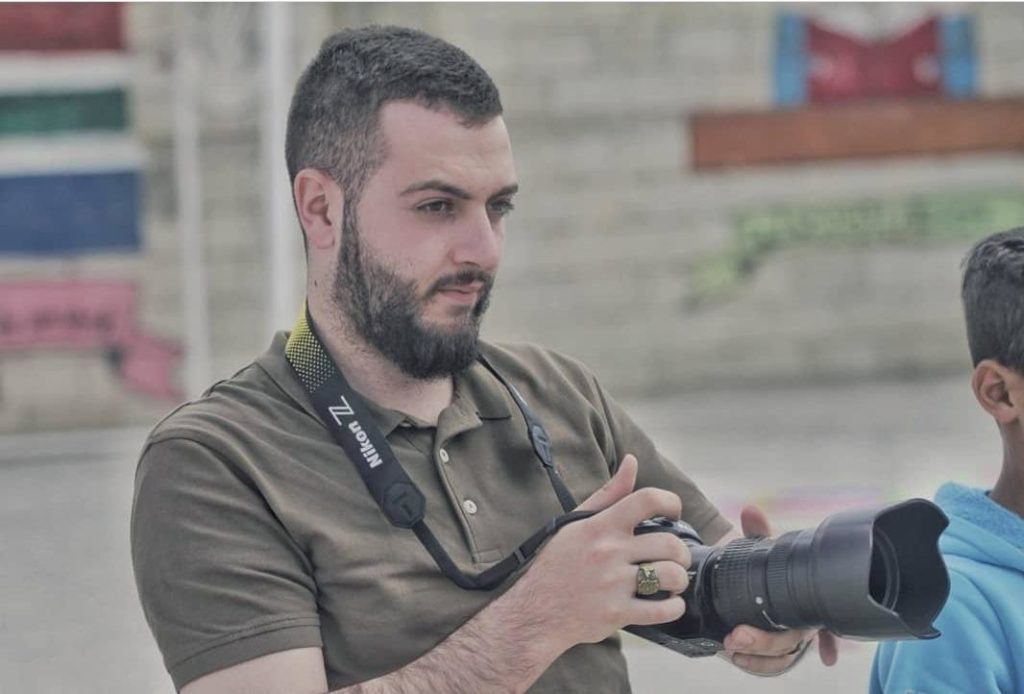 Mahmoud Nakib was filming a bridal shoot when the explosions happened in Beirut.

Mahmoud Nakib was filming bride Israa Seblani along a picturesque cobblestoned street in Beirut just two hours before her wedding ceremony when they heard a light bang far off in the distance. “It was very light, it felt so far away we thought maybe it was a skirmish with Israeli soldiers somewhere way off the coast,” he said on Wednesday. A second explosion, louder than anything he’s heard before, sent the group running into a nearby restaurant for refuge. “I called my wife and I said ‘do not go outside because there is an attack.’ I called my parents to tell them I was alive, that I was OK,” he said. Once the group learned the country was not under attack, he said, they left the restaurant. Nakib started filming on Facebook Live as they stood in the restaurant’s courtyard, showing the bride and groom’s stunned faces as they picked through shattered glass and injured residents filled the streets. That night, Seblani and groom Ahmad Sbeih held an impromptu wedding ceremony and celebration at home with their families. Someone from Nakib’s film crew was able to find a cake so the couple could “feel some joy.” And the video Nakib filmed of Seblani being hurled to the ground in her wedding gown quickly went viral, becoming a classic snapshot of how an unimaginable tragedy shattered an otherwise beautiful Tuesday night. 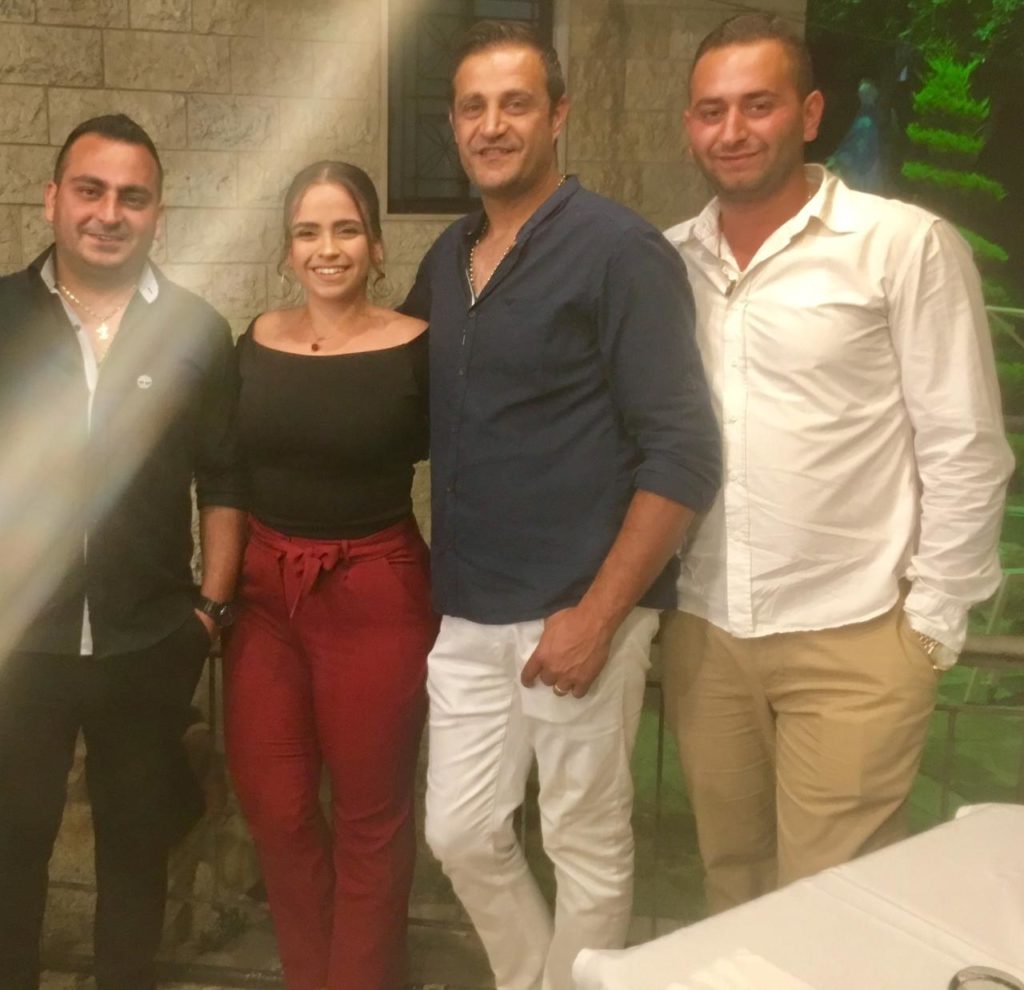 Antonelli Hitti (2nd from left) with her her brother Najib Hitti (left), her brother-in-law Charbel Karam (right) and her cousin Charbel Hitti (far right). All three men are missing.

Searching for her missing family members

Antonella Hitti, 20, spent Tuesday night searching for a miracle. She and her family went room to room at American University of Beirut Medical Center looking for her brother Najib Hitti, her cousin Charbel Hitti, and brother-in-law Charbel Karam. All three were part of the 10-person firefighter crew sent to put out the initial fire at the port where the explosion happened. Nobody had heard from them since.

“We heard about the explosion and we started calling their firefighter friends one after another. No one that was with them answered and everyone else hadn’t heard from them. Then the videos started reaching us,” she said. In one video, taken from a nearby high-rise, she said she could see their firetruck at the port; another taken from the ground shows them battling the fire. “They were only two to three meters away,” she said. But more than 72 hours later, Antonella and her family have still not received official word on what happened to her family members, so they’ve pulled together their own search, poring through social media posts and fielding a barrage of text messages from friends and strangers.

The fate of this crew, a rapid response team from the Beirut Fire Brigade, has been a source of national rage and collective grief in the aftermath of the explosions. Why were the people sent in to face the blaze not informed of the highly combustible material being stored nearby? “Someone lighting a cigarette could have set this off, anything,” Antonella said. As their colleague told an Australian radio station, “They were dispatched to a fire that seemed very normal, but they weren’t given any information telling them that there were 2,750 tons of ammonium nitrate … they had no idea it was there. If we had any idea, we would have evacuated the city.”

The funeral of one person from the crew — a paramedic named Sahar Fares, dubbed the “Bride of Beirut” on social media since she was due to get married next June — took place on Thursday after her body was found near the explosion site. For now, Antonella’s family can’t do much else but wait for news and hope that they too can have some closure. “We want anything of them … just anything so we can bury them properly.”

Antonella’s rage towards Lebanon’s political leadership is palpable . “It is because they did not do their jobs, we are in this situation, ” she said. “They stole our bread, they stole our money and now they have stolen our family members.” In Antonella’s mind, one of the only forms of accountability for what happened on Tuesday is a wholesale government turnover. “We want them to leave, if we don’t kill them, if we don’t choke them first. We the people will make another country. We will make another Lebanon so Cherbel’s daughters can have a better country. Just get out.” 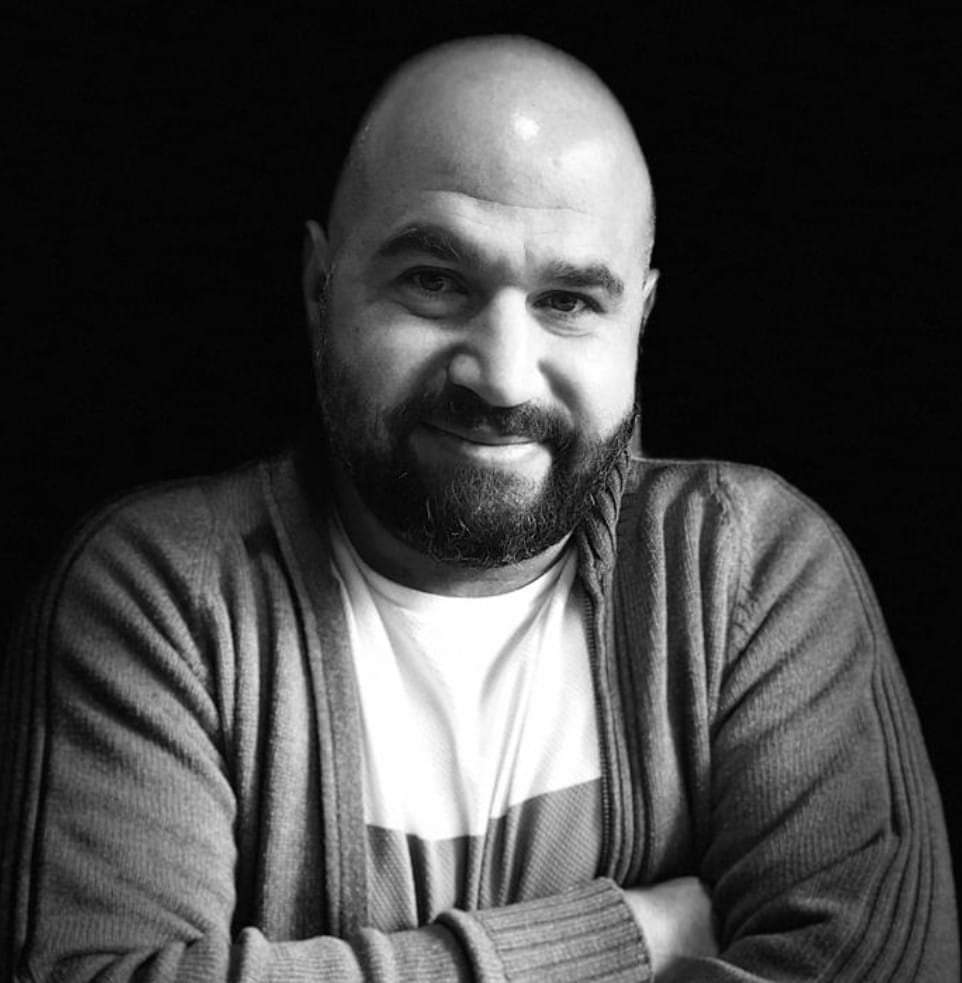 Wajih Chbat opened up his hotel for those without shelter following the explosions.

Wajih Chbat is the owner of Hotel Chbat, a 48-bedroom ski hotel an hour drive from Beirut that overlooks the picturesque Qadisha valley. The night of the explosion, Chbat sent a Whatsapp message to a group chat with friends offering the empty rooms in his hotel for free to anyone they knew who did not have a place to stay (nearly one in ten residents are estimated to be homeless as a result of the explosion). “Somebody forwarded this message and it reached the world. I spent six hours straight answering my phone,” he said in a call on Thursday.

The first two people to take him up on his offer were injured; they’d just been discharged from a hospital in Beirut. “They had glass cuts all over their bodies, their faces, their hands, their chest,” he said. Chbat gave away six rooms Tuesday night, but he saw a much larger influx on Wednesday. “I got much more because people the first day were really shocked. Most of them did not know what to do.” As of Thursday, Chbat says he has 60 people staying at his hotel. “All of them, their homes are lost. Some of them have no windows and some don’t have a house anymore.”

For now, Chbat said some of the people who escaped to his hotel are relaxing by the pool to decompress, but he can already see the mental toll. “Some of them really need a psychologist, especially the children. Many of the children here were at the window looking at the smoke from the fire, ‘like oh wow look at this fire’ and then, the explosion came and knocked them over with glass exploding around them. They are in shock.” 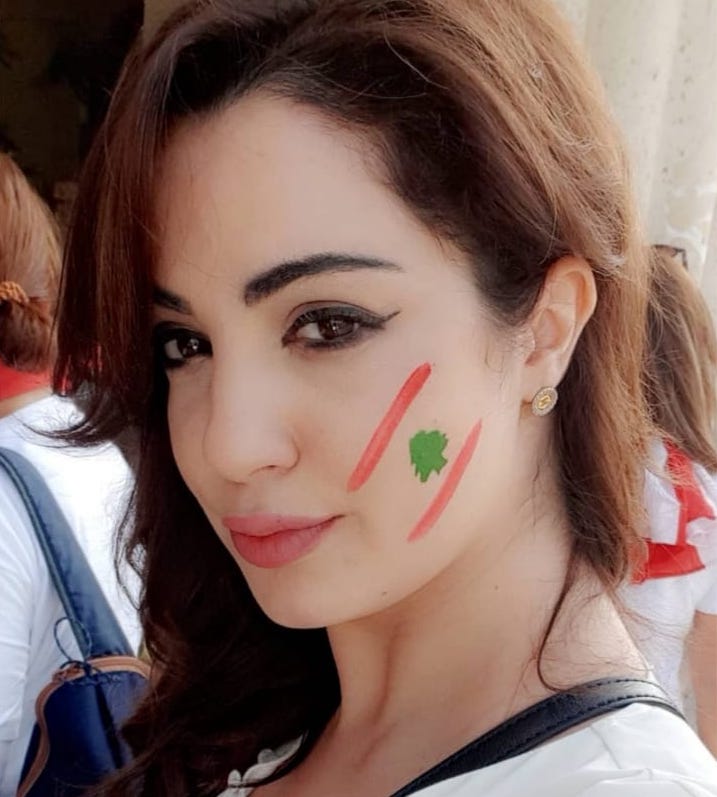 When Rawan Taha first felt the explosions, her first thoughts were “someone just got assassinated.”

Taha was at the beach when she first felt the explosion. Her first thoughts: “someone just got assassinated, that this was a political assassination,” she said. Lebanon’s leader Rafik al-Hariri was assassinated not far from the site of the explosions in 2005 after 3,000 kgs of high-grade explosives blew up his motorcade.

As the search for answers continues into what caused the initial fire and how such highly explosive materials were left in storage for six years in such a critical and densely populated location, many Lebanese have already come to one consistent conclusion. “Whatever it is, it goes back to the same two words: government negligence,” says Rawan Taha, a 32-year old former kindergarten teacher who has been left unemployed as a result of the country’s economic crisis.

Taha plans to attend what looks to be the makings of a massive protest on Saturday, one day before the team investigating the explosion reports their initial findings to the cabinet. “Hang up the nooses,” reads an ominous message on flyers being handed out in downtown Beirut to promote the event. The country’s long-simmering woes have sunken to new depths as many search and recovery efforts have to be called off once the sun sets due to a lack of electricity. Already cash-strapped families have no resources to make even the simplest of repairs to their damaged homes. “Every family in Lebanon is connected to someone that suffered. Everyone has shattered glass and we can’t afford to buy glass. There is not enough glass in the county to cover all the broken windows in the city.”

Taha has U.S citizenship from her parents but has never lived outside Lebanon. In the past few years, as her professional and educational opportunities have collapsed, she’s avoided emigrating, instead choosing to focus on political activism as a way to seek what she sees as necessary changes to secure a better future for the country. But this week, Taha says she is being forced to reassess. “I don’t want to leave, but what choice do I have?”

Above: A view shows damages at the site of Tuesday's blast in Beirut's port area, Lebanon August 5, 2020. REUTERS/Aziz Taher