Swedish design conglomerate Ikea is designing and constructing shelters for some of the 4 million refugees who have fled war in Syria.

The Better Shelter project is constructing refugee shelters in Germany, Switzerland and Sweden and delivered more than 500 units in September to refugee camps in Greece, where thousands of Syrian refugees have arrived in recent months.

The project came from a partnership between Swedish industrial designer Johan Karlsson and the Ikea Foundation, Ikea’s humanitarian wing, in 2010. The project aims to construct higher-quality alternatives to canvas tents, which can be easily damaged by wind or flooding, according to The Globe and Mail.

Better Shelter housing takes four to eight hours to assemble by hand and costs $1,150 each. In April, The United Nations High Commissioner for Refugees ordered 10,000 of the tents, and the project has delivered more than 4,700 shelters this year, including 2,600 to Iraq and Kurdistan, according to its website. 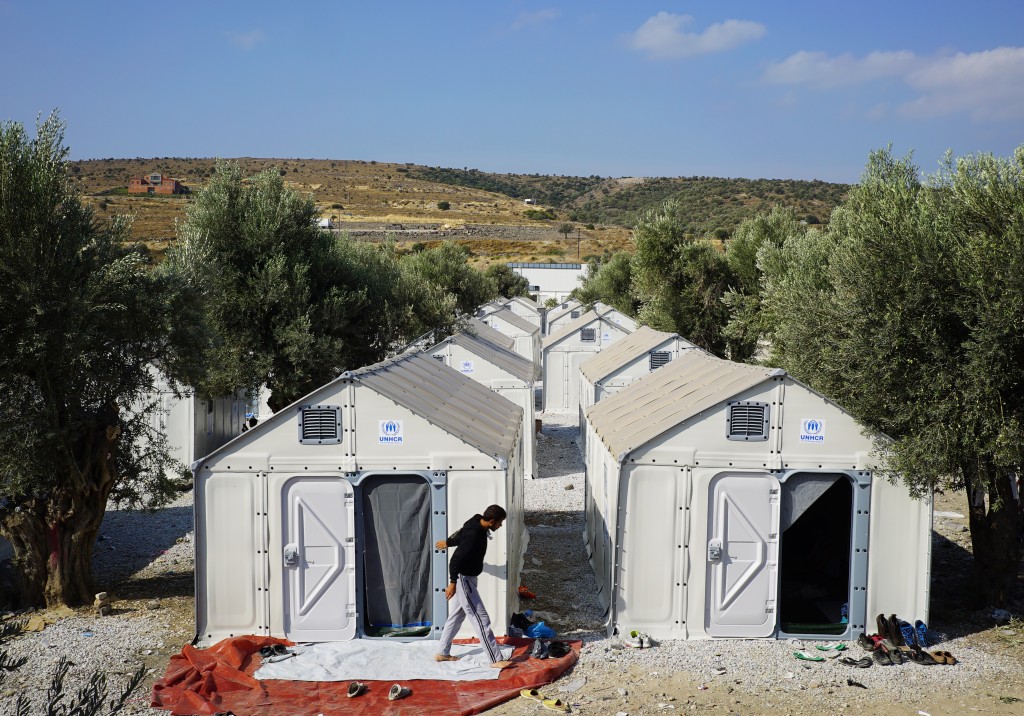 “This is just a tiny part of humanitarian aid, but it’s an important one when it comes to allowing displaced people to live with dignity,” Karlsson told The Globe and Mail.

The shelters come in two sizes: 57 square feet, or 188 square feet, and stand 6 feet tall, allowing families to stand up inside. They are constructed of a steel frame and polymer panels. Solar panels located on the roof can power LED lights or a phone charger inside the shelter.

They also feature mosquito nets, windows and a door that locks, which is notable for refugees at a heightened risk for sexual assault.

On Sunday, Ikea also began the “Brighter Lives for Refugees” fundraising campaign for refugees. The initiative it will donate Є1 to the UNHCR for every lamp and light bulb it sells in stores or online between Nov. 29 and Dec. 19.

Left: Inside a Better Shelter housing unit in Kawergosk, Iraq. The shelters include solar panels that can provide up to four hours of light. Photo courtesy of Better Shelter