NEW DELHI — India’s Parliament on Tuesday debated the toxic air threatening the lives of the capital region’s 48 million people, with opposition leaders demanding the creation of a parliamentary panel to remedy the situation on a long-term basis.

In unprecedented discussions of the issue, the leader of the opposition Congress party, Manish Tewari, said the federal government has let the country’s top court take the initiative in deciding how to combat the problem.

Air pollution in northern India peaks in the winter due to smoke from agricultural fires. The smoke mixes with vehicle emissions and construction dust. Earlier this month, the air quality index in New Delhi exceeded 500, about 10 times the recommended maximum. 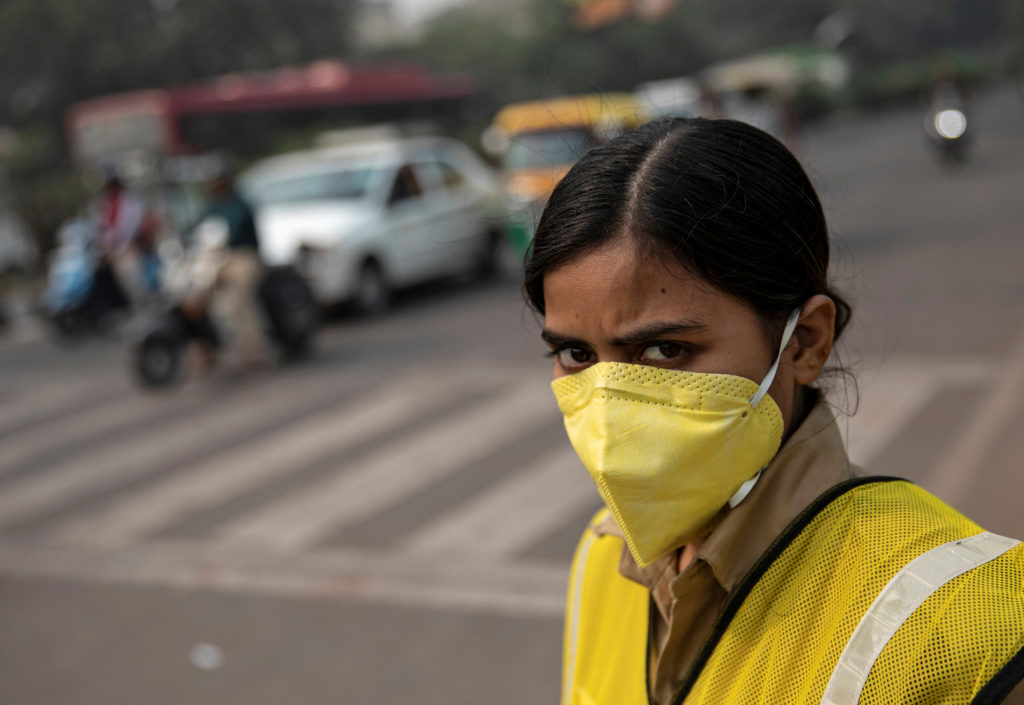 A policewoman wears a mask to protect herself from air pollution at a junction during restrictions on private vehicles based on registration plates on a smoggy morning in New Delhi, India, November 4, 2019. REUTERS/Danish Siddiqui

On Tuesday, strong winds brought the level down to 249, according to the state-run Central Pollution Control Board.
Tewari and Pinaki Mishra, a lawmaker from the Biju Janata Dal party, demanded that the government give incentives to farmers and provide machines to remove farm stubble to stop the practice of burning fields before planting new crops.

Mishra also demanded a ban on poor-quality firecrackers with high sulfur content. Millions of Hindus use fireworks during weddings and religious festivals throughout the year. 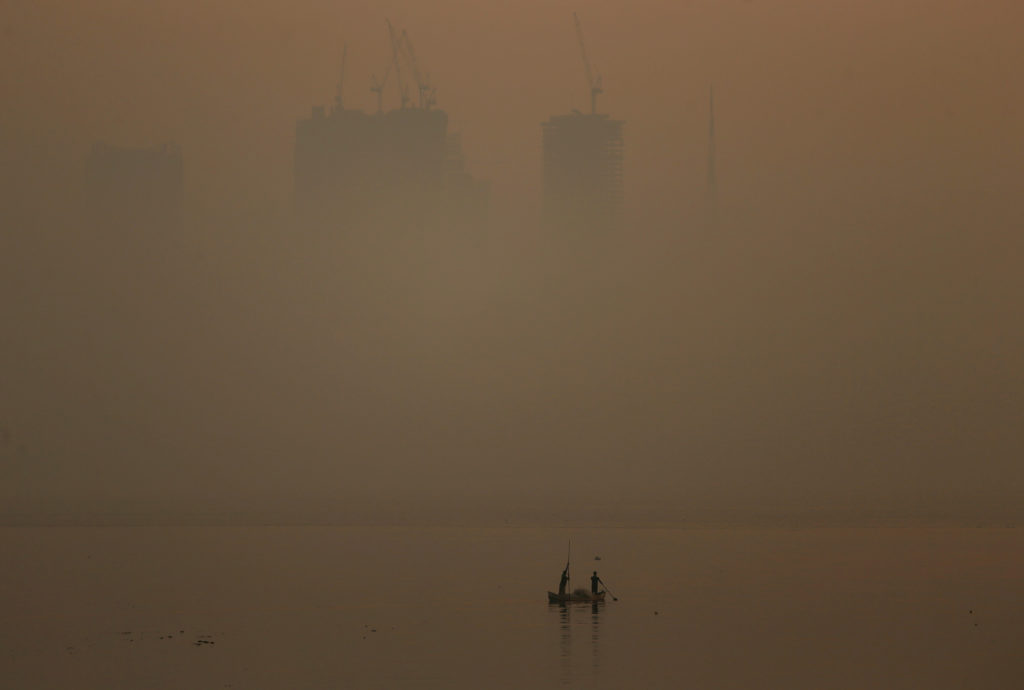 Men row a boat in the waters of the Arabian Sea on a smoggy evening in Mumbai, India, January 18, 2019. REUTERS/Francis Mascarenhas

Pollution controls have been imposed in the Indian capital region, such as banning some construction to avoid dust, reducing traffic and prohibiting the use of diesel generators. But the steps have had little effect because state governments have failed to cooperate in tackling pollution.

Data released last year by the World Health Organization showed India had 10 of the world’s 20 most polluted cities.