The Dutch Safety Board’s investigation into the causes of the crash of Flight MH17 last year concluded that the plane was felled by a Russian-made Buk missile. Video by Onderzoeksraad voor Veiligheid

Dutch investigators have concluded that Malaysia Airlines Flight 17 was shot down by a Russian-made Buk missile from a rebel-held area in Ukraine last year.

The Dutch Safety Board’s 15-month investigation revealed that a 9N314M Buk missile detonated less than one cubic meter from the left side of the cockpit, instantly killing the three crew members inside. The plane broke apart mid-air with the cockpit tearing away from the plane’s main body and crashing five miles away from the rest of the wreckage.

The explosion sent shrapnel with “tremendous force” into the plane, said Tjibbe Joustra, the chairman of the safety board, as he briefed reporters Tuesday from the Gilze-Rijen Air Base in the Netherlands. Shrapnel recovered from the bodies of the crew members inside the cockpit also appear to belong to a Buk surface-to-air missile system, the report said.

The safety board’s probe into the July 17, 2014, crash that killed all 298 people on aboard the flight from Amsterdam to Kuala Lumpur concluded that the tragedy could have been avoided if Ukraine had closed its airspace to civilian aircraft. The report stops short of assigning blame for the crash.

Flight 17 was flying at an altitude of 33,000 feet on a legal flight path regularly used by other passenger jets.

Joustra spoke in front of a partial reconstruction of the Boeing 777, which provided a spectral backdrop to the announced findings. Most victims were Dutch nationals. A separate criminal investigation into the crash, also led by the Dutch, is expected to finish by early 2016. 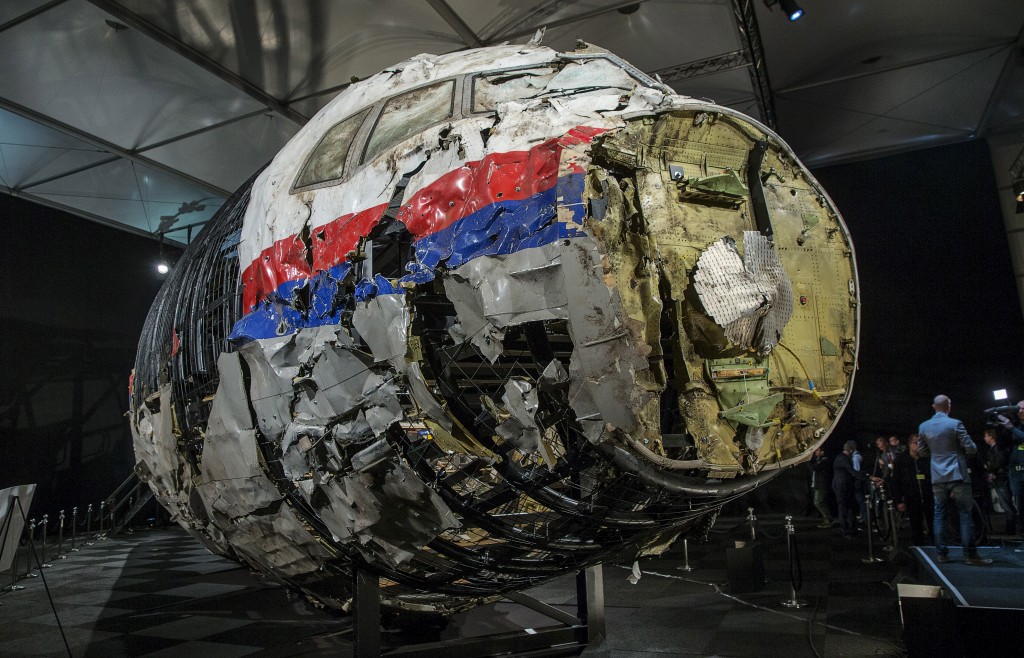 The reconstructed wreckage of the MH17 airplane is seen after the presentation of the Dutch Safety Board’s final report into the July 2014 crash of the Malaysia Airlines plane over conflict-torn Ukraine. Photo by Michael Kooren/Reuters 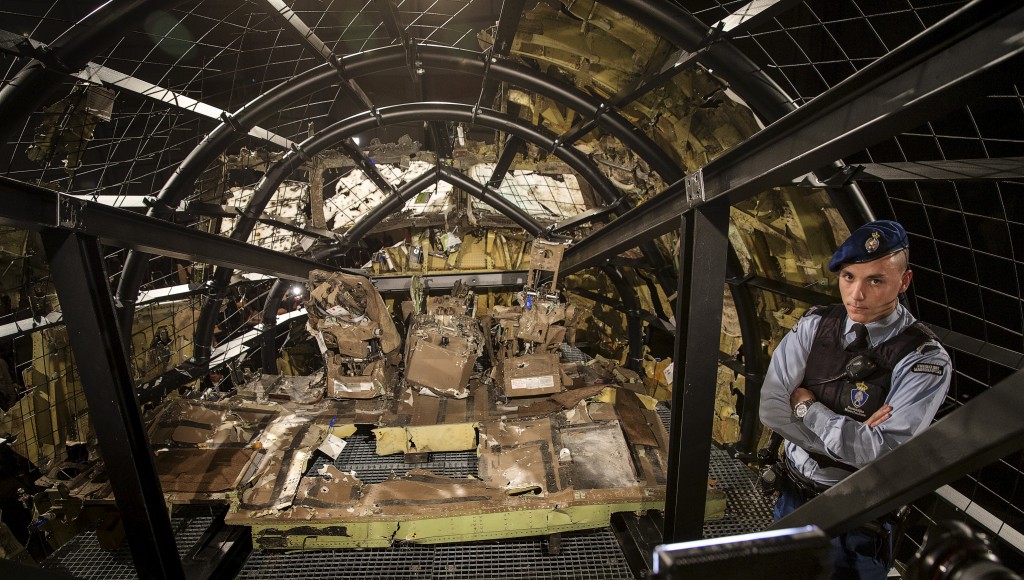 A military policeman stands guard in the cockpit of the reconstructed MH17 airplane. Photo by Michael Kooren/Reuters

Ukraine and Western nations believe that Russia-backed separatist rebels in eastern Ukraine shot down the plane, possibly thinking it was a Ukrainian military transport plane. Russia maintains that the plane was felled by a missile launched by the Ukrainian government.

Russia Foreign Minister Sergei Lavrov questioned the safety board’s report, saying during a Monday news conference that there were “a lot of odd things” about the group’s work.

Dutch investigators say evidence from the blast that brought down Malaysia Airlines Flight MH17 points to a Russian-built missile. Judy Woodruff discusses the findings with Peter Goelz, former managing director of the NTSB.

Lavrov said the group failed to invite the International Civil Aviation Organization to participate in the investigation for several months following the crash. He also said plane wreckage and victims’ bodies from Flight 17 were not collected for a long time from the crash site.

“There were no responses to the many questions that Russia sent to this investigative group,” he said.