Ireland has some of the world’s most restrictive abortion laws. A vote this week could dial them back

Irish citizens will head to the polls Friday, May 25, in a nationwide referendum that could repeal a constitutional ban on abortion, the Eighth Amendment, that has been in place since 1983. Recent polls show the pro-repeal side is leading in a tightening race.

If the vote for repeal is successful, abortion would not immediately become legal.

Ireland’s abortion laws are among the most restrictive in the world. Abortion in Ireland is illegal under nearly all circumstances, including cases of rape and incest, and carries a potential prison sentence of up to 14 years. Tensions are running high as the vote approaches, with thousands of people attending rallies and protests across the country.

The Eighth Amendment grants Irish mothers an equal “right to life” with embryos and fetuses. As such, a pregnancy can only be legally terminated if at least two medical practitioners determine that it causes a “real and substantial” risk to the mother’s life, including a risk of suicide.

Despite the ban, pregnant women have continued to access abortion both inside and outside the country. More than 3,000 women travel abroad every year to have the procedure legally, often in countries like England and Wales. Thousands more order abortion-inducing pills like mifepristone, which are illegally imported into Ireland. 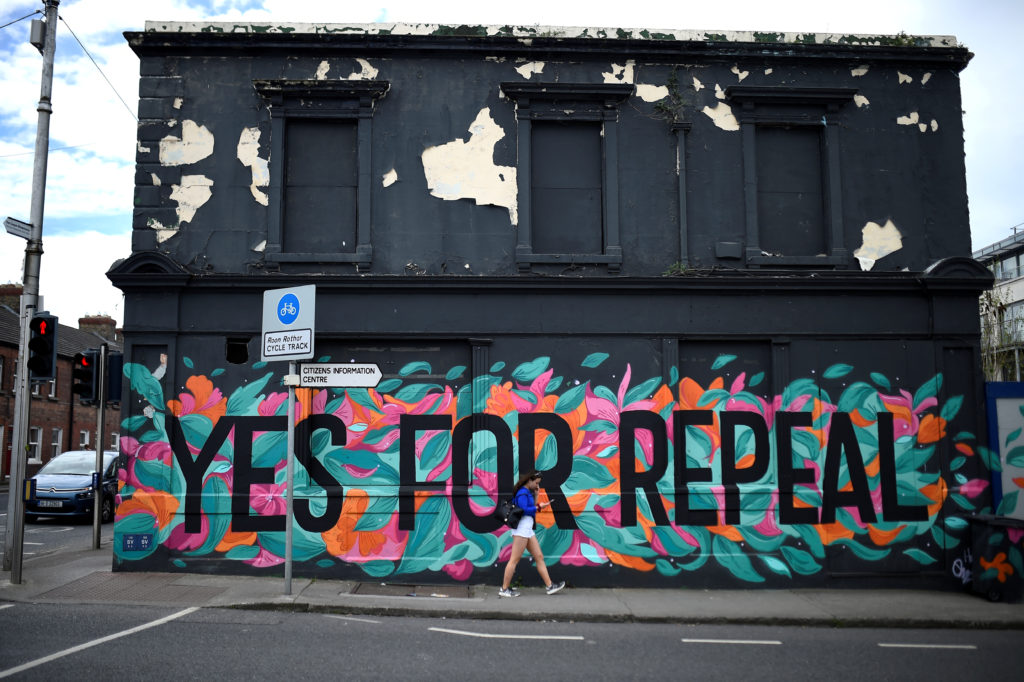 A woman walks past a pro-choice mural on the side of a building ahead of a 25th May referendum on abortion law, in Dun Laoghaire, Ireland. Photo by Clodagh Kilcoyne/Reuters

Abortion and the Catholic Church

Repealing the Eighth Amendment would come as a major blow to the Catholic Church, which has taken a strong anti-abortion stance. Progressives say the Church’s influence in Ireland has been deteriorating in recent years, as demonstrated by the country’s successful referendum to legalize same-sex marriage in 2015.

If repeal wins, what next?

The majority of Ireland’s political leaders support removing the Eighth Amendment from the constitution, although they are divided on what would come next. If the vote for repeal is successful, abortion would not immediately become legal. Instead, lawmakers would need to pass new legislation to replace it. A proposed bill would permit access to abortion up to 12 weeks of pregnancy.

Production assistance and additional videography was provided by Summer Eldemire and Elle Luan.