KABUL, Afghanistan — A suicide bomber struck a voter registration center in the Afghan capital on Sunday, killing at least 57 people in an attack claimed by the Islamic State group.

The large explosion echoed across the city, shattering windows miles away from the attack site and damaging several nearby vehicles. Police blocked all roads to the blast site, with only ambulances allowed in. Local TV stations broadcast live footage of hundreds of distraught people gathered at nearby hospitals seeking word about loved ones.

Majro said there were five small children and 21 women among the dead. More than a dozen children and nearly 50 women were wounded, he said, adding that the tolls could still rise.

The Islamic State group has claimed responsibility in a statement carried by its Aamaq news agency, saying it had targeted Shiite “apostates.” 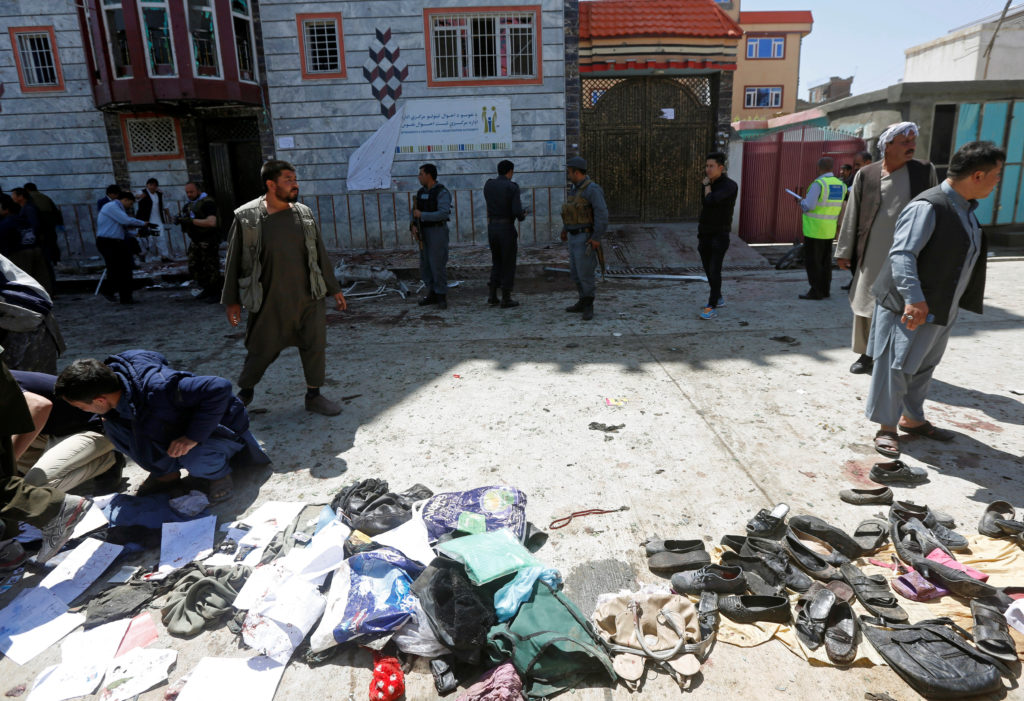 Clothes and sandals are seen at the site of a suicide bomb attack in Kabul, Afghanistan, on April 22, 2018. Photo by Omar Sobhani/Reuters

Afghan security forces have struggled to prevent attacks by the Islamic State affiliate as well as the more firmly established Taliban since the U.S. and NATO concluded their combat mission at the end of 2014. Both groups regularly launch attacks, with the Taliban usually targeting the government and security forces, and IS targeting the country’s Shiite minority.

Both groups want to establish a harsh form of Islamic rule in Afghanistan, and are opposed to democratic elections.

Elsewhere in Afghanistan, at least five people were killed when their vehicle struck a roadside bomb in the northern Baghlan province. Zabihullah Shuja, spokesman for the provincial police chief, said four other people were wounded in Sunday’s blast in Puli Khomri, the capital of the province. 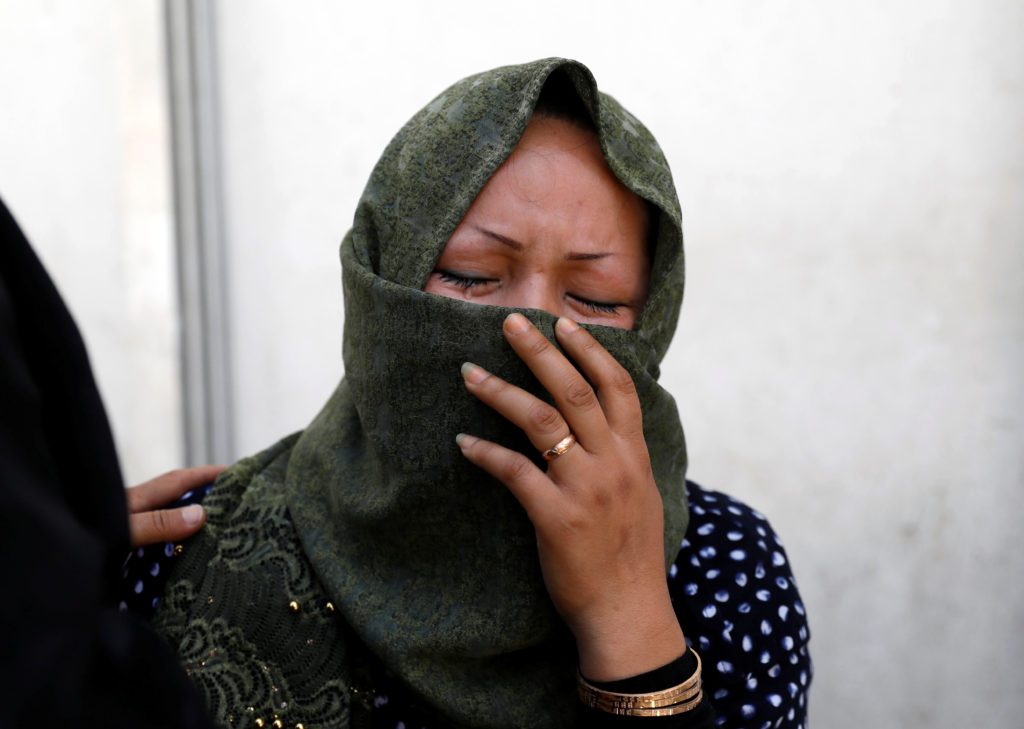 A woman mourns at a hospital after a suicide attack in Kabul, Afghanistan, on April 22, 2018. Photo by Mohammad Ismail/Reuters

In the northern Balkh province, a district police chief died of his wounds after being shot Saturday during a gunbattle with insurgents, according to Sher Jan Durrani, spokesman for the provincial police chief. He said around a dozen insurgents were also killed in the battle, which is still underway.

The Taliban claimed responsibility for the killing.