Japan ‘the Most Prepared Place in the World’ for a Tsunami 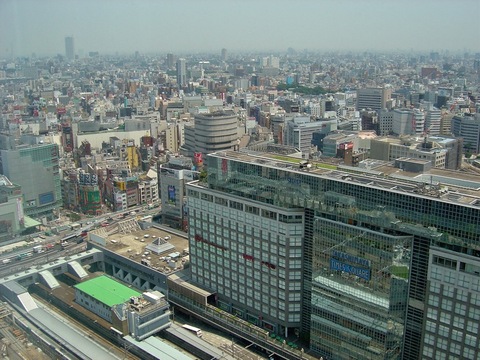 For many viewers, the photos and video from Japan Friday brought back images of the 2004 tsunami disaster in Indonesia — debris-clogged water flooding streets, sweeping away houses and leaving destruction behind.

The earthquake and the resulting tsunami in Southeast Asia killed more than 220,000 people in 2004. The death toll in Japan right now is still rising, with hundreds more missing, and much remains to be seen about the full extent of the disaster. But the numbers are not expected to reach anywhere near the toll of the 2004 tsunami — a difference, some experts say, that’s likely due mainly to preparedness.

The two earthquakes were geologically similar and were a roughly equivalent distance offshore, says Frank Vernon, a seismologist at the Scripps Oceanographic Institute at the University of California, San Diego.

The Indonesia earthquake was larger — it was the third-largest in recorded history; the one off the coast of Japan Friday will likely be seventh-largest. But the biggest difference between the two is the level of preparedness. Japan, experts say, is probably the most prepared place in the world for a tsunami.

“There’s a reason we use a Japanese word to describe this phenomenon,” says Lori Dengler, a seismologist and tsunami expert at Humboldt State University in California. “Because Japan’s been hit so many times.”

In fact, Dengler says, an 8.4 magnitude earthquake in the same area caused a tsunami that killed nearly 3,000 people in 1933.

Now, Japan has a network of early warning instrumentation systems to sense earthquakes on the ocean floor, the New York Times reported. They’ve built seawalls to protect against tsunamis in some of their coastal cities. And the people there are learn early how to react in case of earthquakes and tsunamis.

In the NewsHour’s reporting Friday on the Japan disaster, Kit Miyamoto from the structural engineering firm Miyamoto International in Tokyo talked with Judy Woodruff about the measures taken to improve the safety of buildings in Japan.

“Concrete behave in a very brittle way and easily collapses so at the time we provide what we call ductility in a concrete structure– mainly basically providing a lot of hoops, steel hoop in concrete columns and walls to make concrete, per sea, more flexible in the earthquake motion,” Miyamoto said. Listen to an excerpt from their conversation below:

For an earthquake about 80 miles off the coast, residents might have just eight to 10 minutes between feeling the ground shaking and seeing the first tsunami waves, according to Vernon, But that could be enough time to evacuate to a higher floor, or inland to higher ground.

In contrast, Indonesia had neither the early warning technology nor community knowledge of tsunamis, says Dengler.

“They were terribly exposed, because they did not associate feeling strong ground shaking as mother nature’s warning [of a tsunami],” she says.

It’s still too early, of course, to know the final toll that Friday’s tsunami will take. In Japan, aftershocks from the earthquake are still continuing. But it seems likely that the death toll could have been worse had it occurred somewhere else.

With contributions by Talea Miller. Photo of Tokyo via Flickr user http2007.