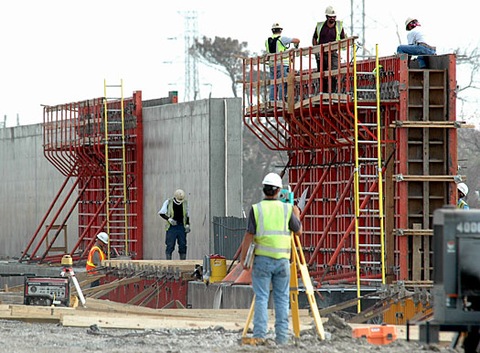 Five years after sections of New Orleans’ levees fell or were overtopped with water pushed inland by Hurricane Katrina, the NewsHour is looking back at what we’ve learned about their failure, what’s been done to fix them and how vulnerable New Orleans remains to another storm. Take a look:

Sept. 30, 2005: Rebuilding, Bolstering Levees to Take Years
With the city still largely in tatters and engineers studying how to fix the levee system, New Orleans officials and planners are looking at the challenges and opportunities facing a city that looks to rebuild.

Feb. 16, 2006: Rebuilding Levees Sparks Engineering Debate
The Army Corps of Engineers continues its work to rebuild the levees in New Orleans to pre-Hurricane Katrina levels before the storm season begins again in June. But some scientists are questioning whether the Corps is focusing on returning the levees to the same strength of those that failed.

June 12, 2006: Costly Levee Repairs May Be Inadequate
In the first month of a new hurricane season, the Army Corps of Engineers has completed almost $800 million in repairs to the New Orleans levee system — repairs some say still leave the battered city vulnerable.