Updated Sept. 4 | Kenya plans to hold a new presidential election on Oct. 17, the country’s election commission announced Monday. In a statement, the electoral commission called on the Supreme Court to release a detailed judgment explaining its ruling. The commission said doing so would allow it to “identify areas that require improvement in the management of the fresh election.” The Supreme Court previously promised to release its reasoning within 21 days.

The Kenyan Supreme Court on Friday declared the country’s presidential elections “null and void” and ordered the election to be reheld within 60 days.

The Kenya Supreme Court said those results are no longer valid.

“The election was not conducted within the dictates of the constitution,” Kenya Supreme Court Chief Justice David Maraga said, announcing the court’s decision .

The justices did not explain their decision but promised to issue their reasoning within 21 days.

Odinga, who has called the election process fraudulent, hailed the ruling as a major victory.

“For the first time in the history of African democratization, a ruling has been made by a court, nullifying irregular election of a president,” Odinga said, according to the Washington Post. “It is indeed a very historic day for the people of Kenya, and by extension to the people of the continent of Africa.” 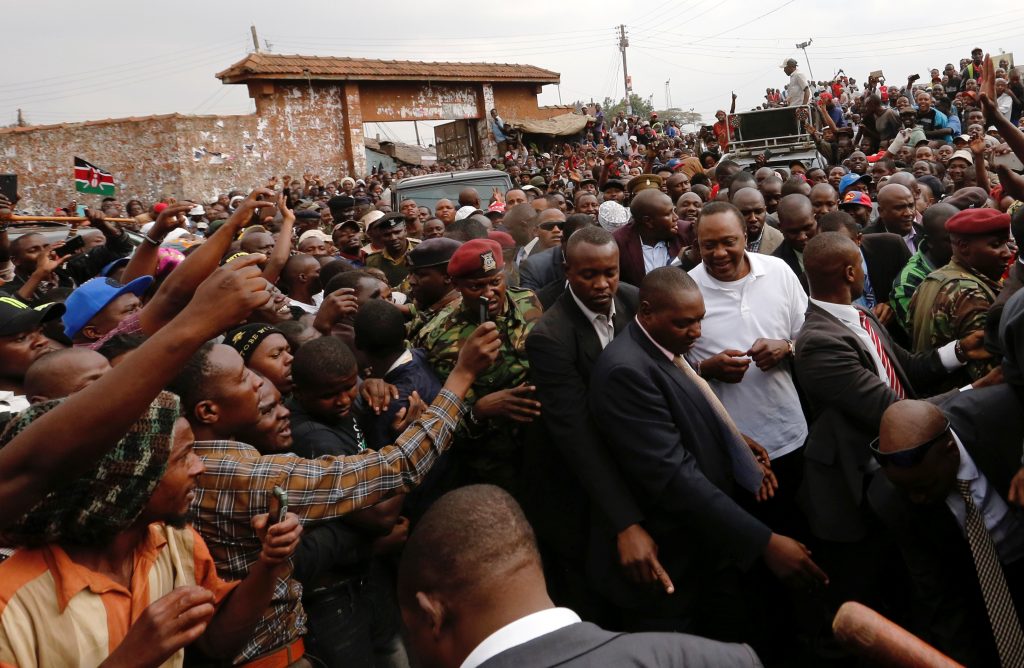 Kenya’s President Uhuru Kenyatta (center) meets his supporters at Burma market after his election win was declared invalid by the Supreme Court in Nairobi, Kenya, on Sept. 1. Photo by Thomas Mukoya/Reuters

Kenyatta criticized the court’s decision but said he would respect the rule of law.

“Millions of Kenyans queued, made their choice, and six people have decided they will go against the will of the people,” Kenyatta said.

The ruling comes after international observers, including former Secretary of State John Kerry, said the election had been held with few disruptions.

There were “little aberrations here and there,” Kerry said in an interview last month with CNN, but Kenya “put together a process that will allow each and every vote’s integrity to be proven.”

Marietje Schaake, a Dutch Member of the EU Parliament who headed the EU Election Observation Mission, noted there were some problems with insufficient records for voters whose identification could not be verified, but said there were “no signs of centralized or localized manipulation.” 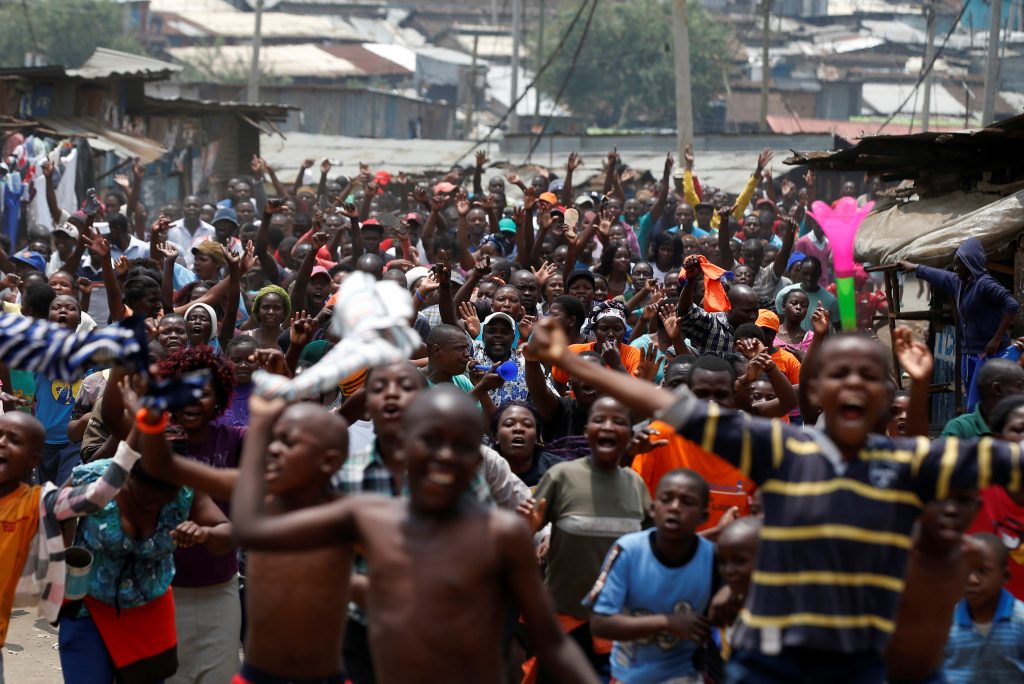 In the wake of the ruling, President Kenyatta called for peace, hoping to avoid a recurrence of the violence that erupted in the days after the election and left eleven people dead.

“We are not at war with our brothers and sisters in the opposition because we are all Kenyans,” Kenyatta said, adding that he is prepared to once again take his message of unity to Kenyan voters.