UPDATE 7:26 a.m. EST | President Obama announced on Saturday that Luke Somers was among two hostages killed “at the hands of Al-Qaida terrorists” during a rescue attempt conducted by U.S. forces in Yemen.

On Thursday, Al-Qaida in the Arabian Peninsula released a video to announce that American photojournalist Luke Somers would be killed within 72 hours.

I knew Luke. Not particularly well. But during my 15 months as a fellow freelancer in Yemen, we crossed paths on perhaps a dozen or so occasions — both social and professional. Quirky, passionate and thoughtful, he also struck me as a fairly private guy.

But his photography is anything but.

Luke never wavered from the front lines. He spent countless hours documenting revolutionaries in Sanaa’s Change Square and snapped photos ranging from Yemen’s former president to children afflicted with malnutrition. His work provides a gripping window into a country rarely on the world’s radar. It also reveals his deep and persistent love for the country.

Below are a few of my favorite of Luke’s photos. More can be found on the BBC (here, here and here), as well as Luke’s Corbis and Demotix pages. 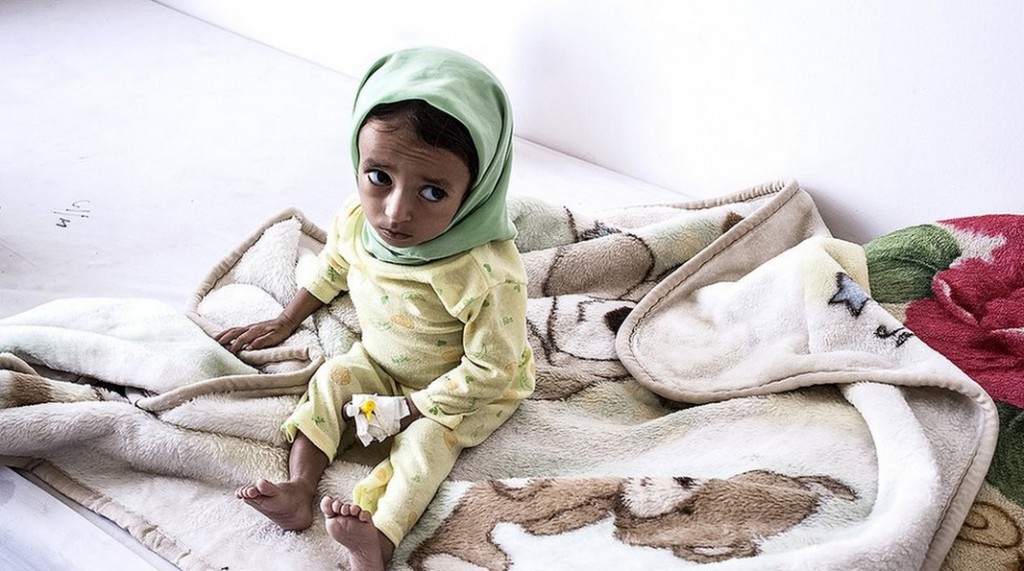 With President Saleh’s efforts focused on remaining in power, general security and stability rapidly deteriorated in 2011. Among the inevitable consequences for the Arab world’s poorest nation was a worsening humanitarian situation. In 2012, the UN World Food Programme said that one million Yemeni children faced severe malnutrition. At Sanaa’s al-Sabeen Hospital, Dr Obei said: “The Ministry of Health only provides us with milk — this is not enough.” Photo by Luke Somers/courtesy of BBC 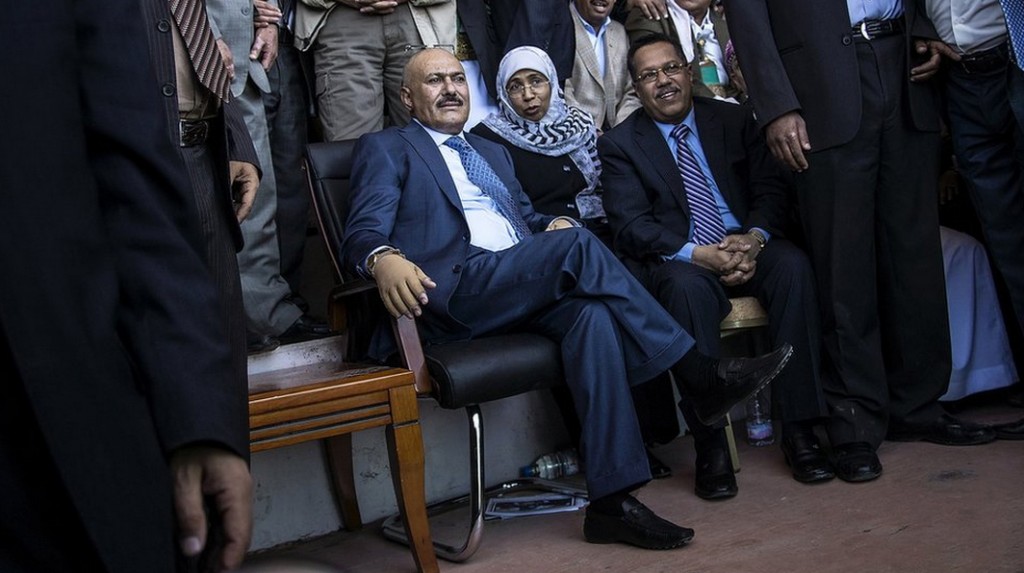 Less than two weeks after the UN threatened him with sanctions because of fears he was meddling in Yemen’s transitional process, ousted President Ali Abdullah Saleh held a large gathering in Sanaa. With thousands of his supporters in attendance, he called for “reconciliation, shaking hands and forgiveness of the past to build a new Yemen”. Meanwhile, at the massive Sanaa mosque which bears his name, a museum focused on Mr Saleh’s political career has been opened. Photo by Luke Somers/courtesy of BBC 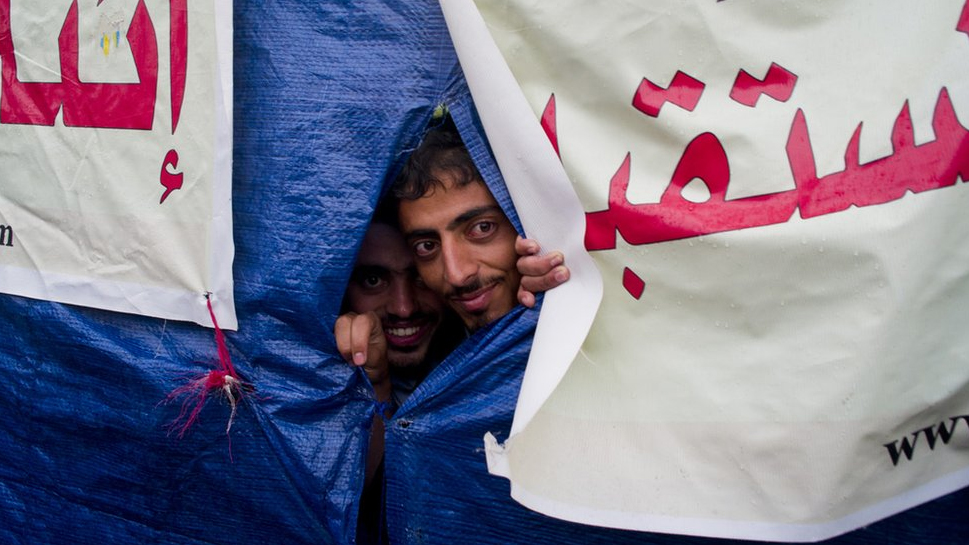 Mr. Somers said the uprising has brought people together for now: “Mohammed, a friend and protester, told me that he had no siblings. But at the tent city he had found ‘brothers’. But when I asked what he would do when the revolution ends, he predicted that he would again feel lonely.” Photo by Luke Somers/courtesy of BBC 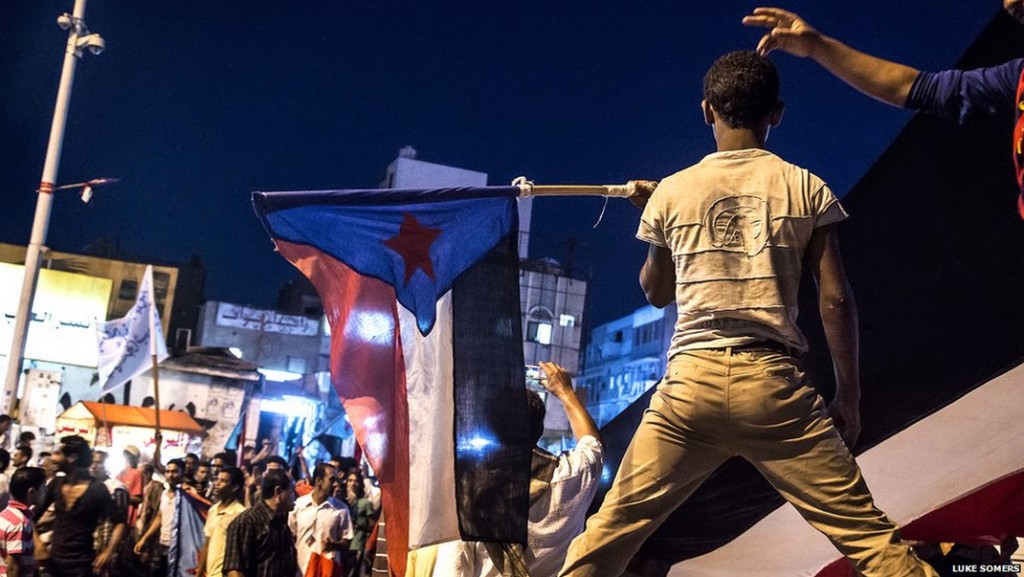 The flag used by the Southern Movement is identical to the flag which flew over the former People’s Democratic Republic of Yemen. In 1990, the south Yemeni state joined the north to form the Republic of Yemen, which has managed to hold up until the present day. Throughout the historically prosperous port city of Aden, the omnipresence of the former state’s flag on walls and buildings gives the sense of a city in rebellion. Photo by Luke Somers/courtesy of BBC 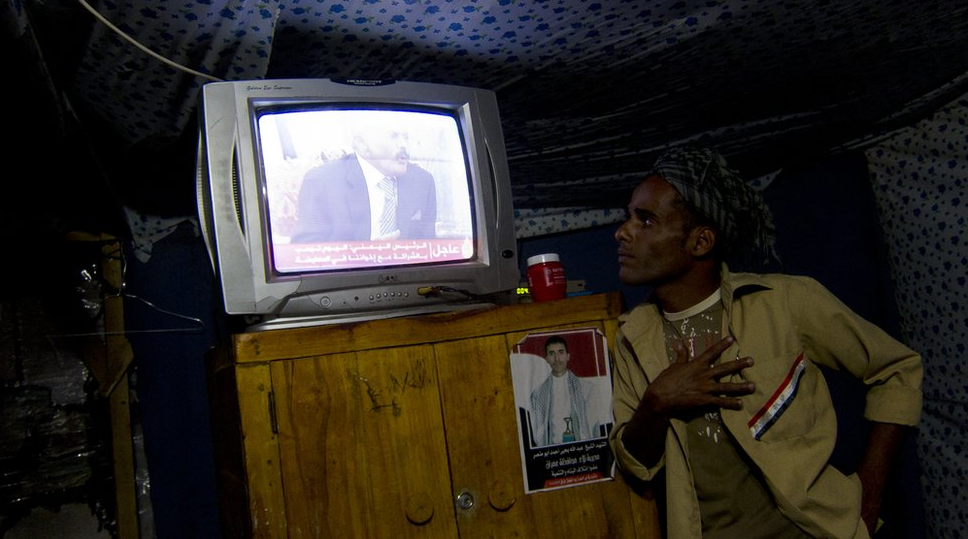 Yemen has featured heavily in the news this week. Luke Somers says his photo shows a member of the Deaf and Dumb Youth Revolution Alliance in Sana’a anxiously awaiting Ali Abdullah Saleh’s signing of the GCC power transfer deal. Photo by Luke Somers/courtesy of BBC