May 2 in pictures: Ukraine

See all of the NewsHour’s reporting on the crisis in Ukraine. 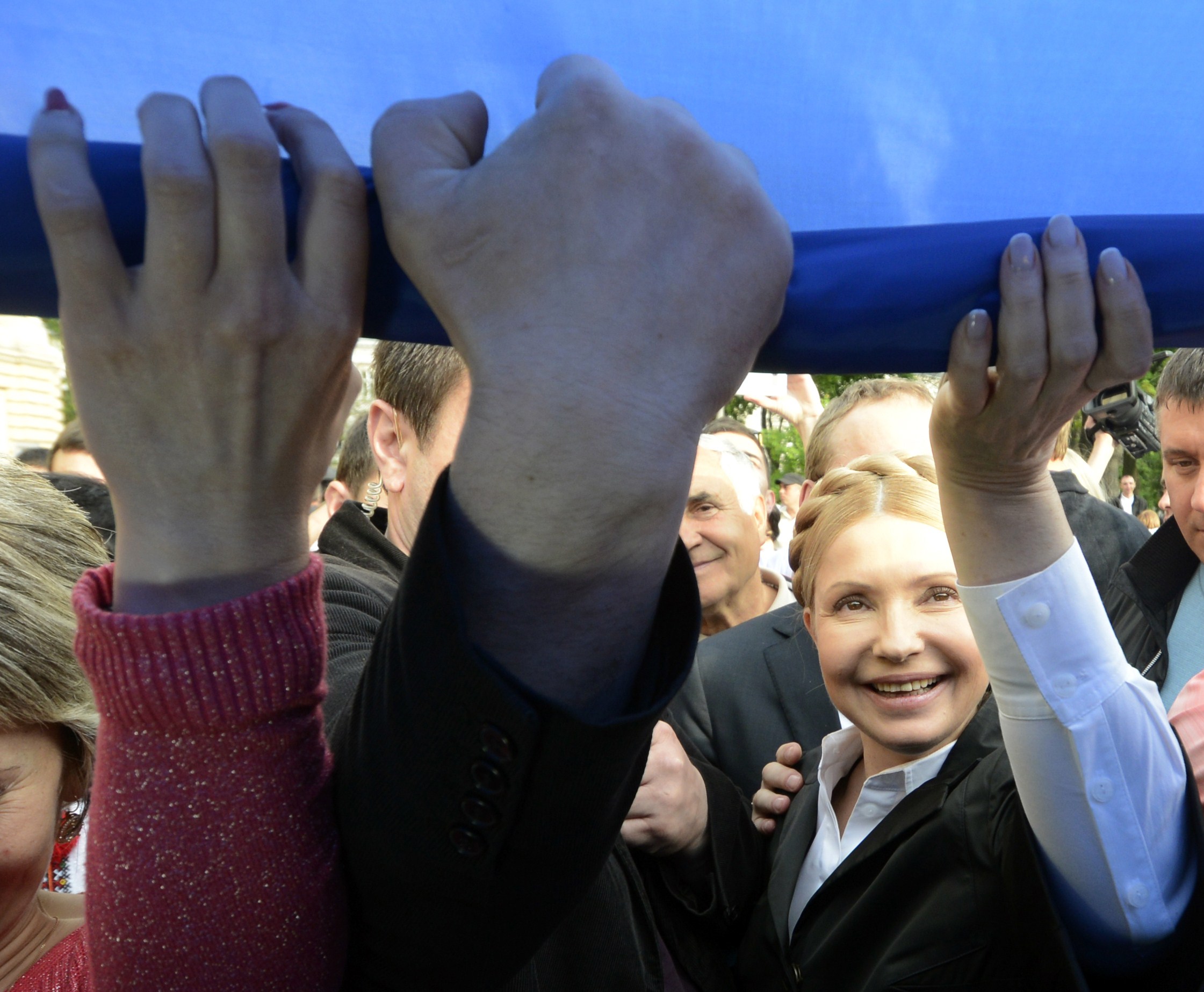 Presidential candidate Yulia Tymoshenko (R) together with students from the Eastern and Western parts of the country hold the reportedly biggest Ukrainian flag of the world (60 meters by 40 meters) during an action in the western Ukrainian city of Lviv on May 2, 2014 in support of a “United Ukraine”. Photo by Yuriy Dyachyshyn/AFP/Getty Images 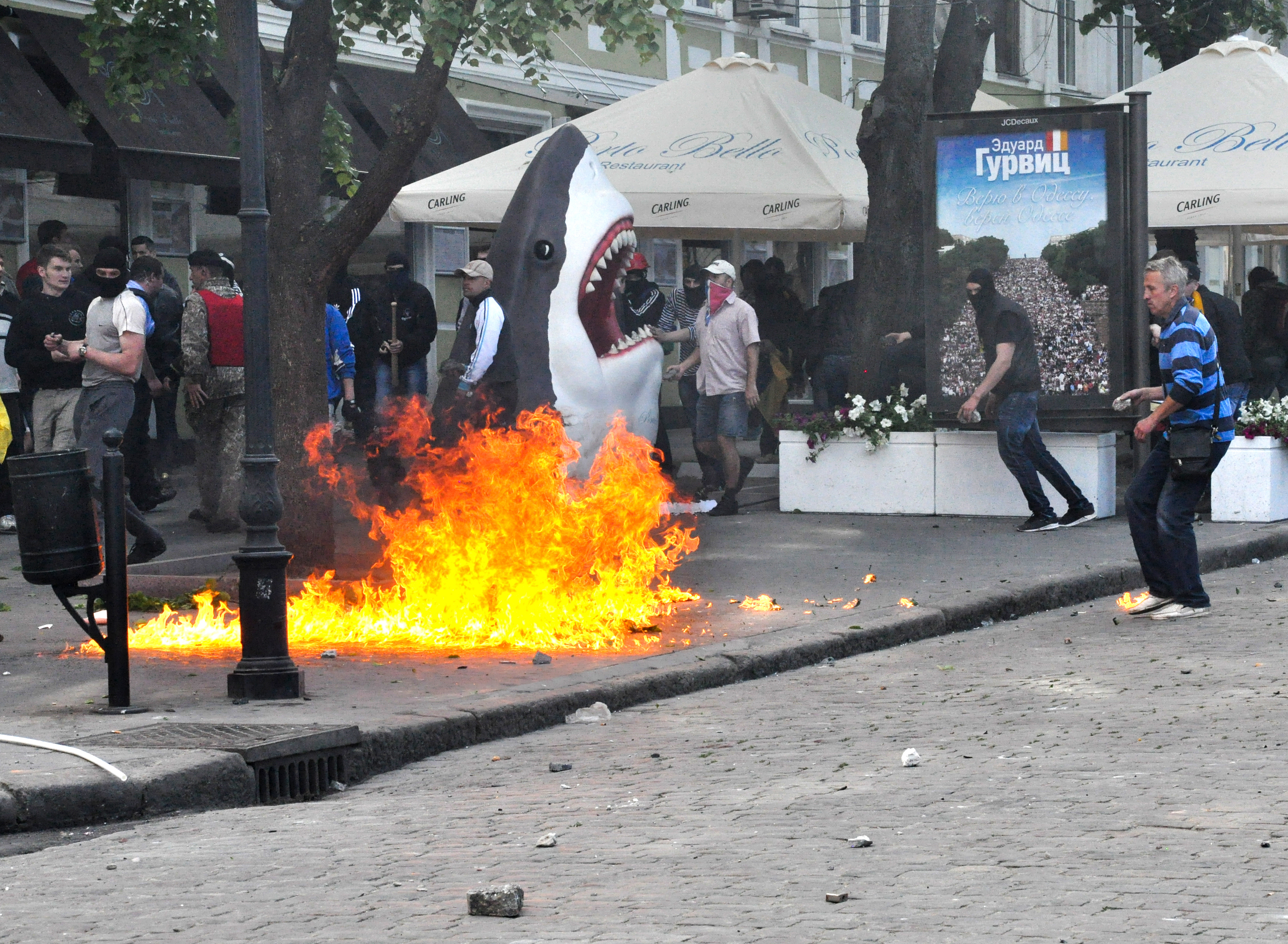 According to the Ukrainian Interior ministry, one is dead and many others are wounded over pro-Russia activists clashed with supporters of Kiev in the street of Odessa, Ukraine on May 2, 2014. Photo by Maksym Voytenko/Anadolu Agency/Getty Images 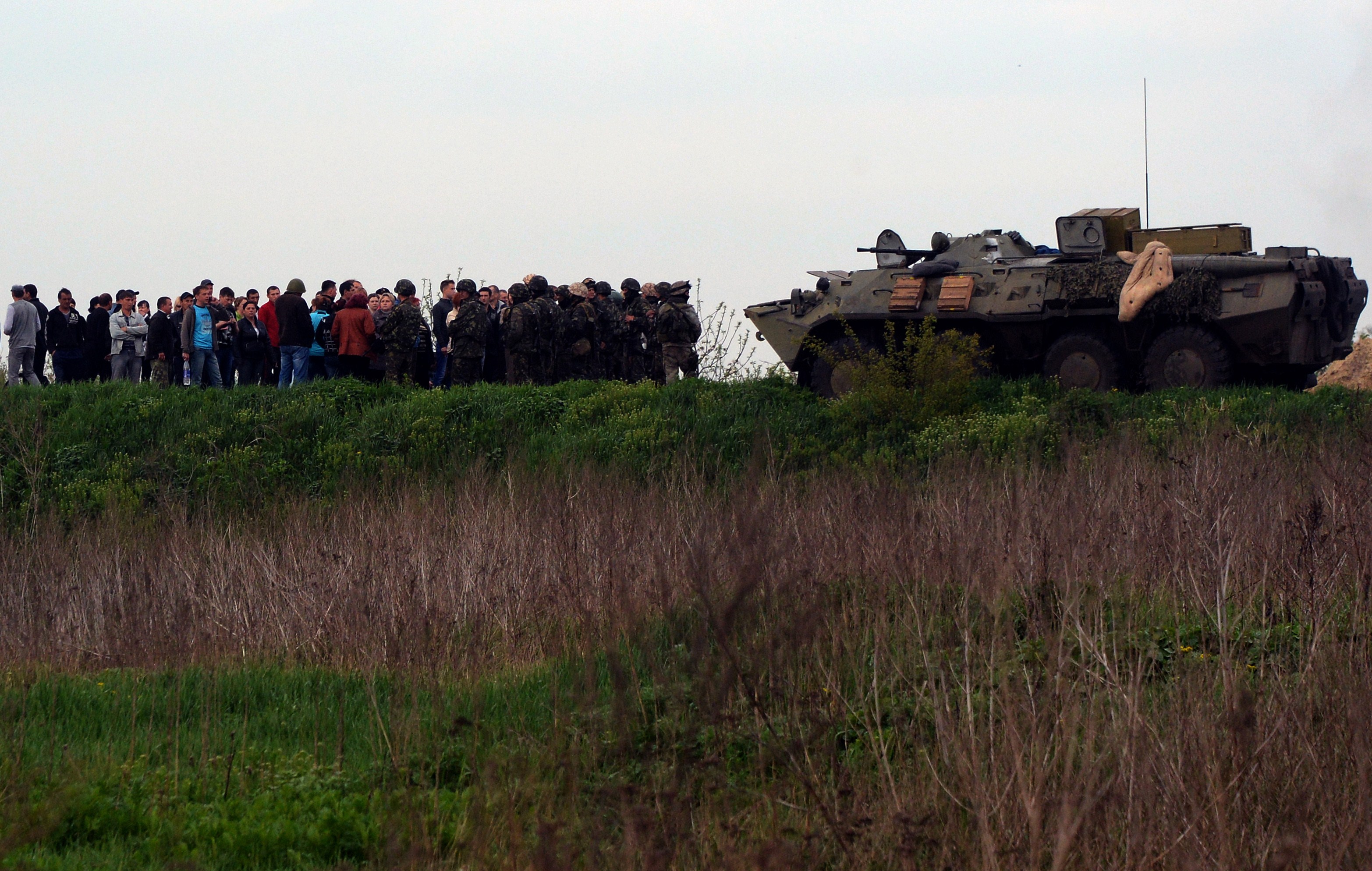 Residents gather to speak to Ukrainian soldiers at a checkpoint which they seized in the early morning in the village of Andreevka, 7 kms from the center of the southern Ukrainian city of Slavyansk, on May 2, 2014. Photo by Vasily Maximov/AFP/Getty Images 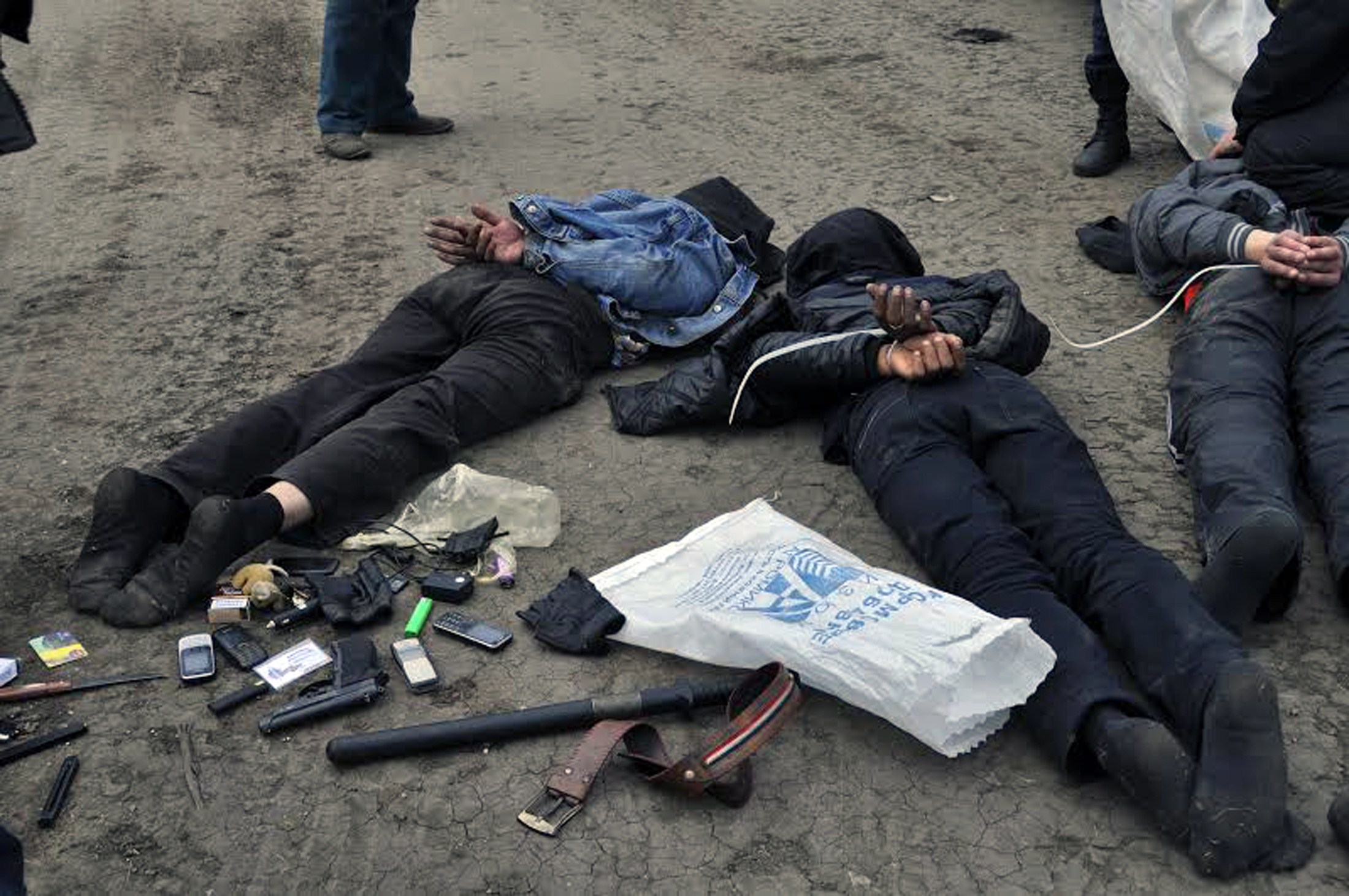 Four pro-Russian militants lay on the ground with hands tied after being arrested on suspicion of the implementation of MANPADS (Man-portable air-defense systems ) shots to a helicopter of the Ukrainian forces on May, 2, 2014 at a checkpoint near Slavyansk . Ukraine’s defence ministry on Thursday raised the toll during an assault on the rebel-held town of Slavyansk to two of its helicopters shot down and two servicemen killed. Authorities say the pro-Russian insurgents used shoulder-launched rockets to bring down the two Mi-24 helicopters. Earlier, the interior minister said one of those killed was a helicopter pilot. Photo by STR/AFP/Getty Images 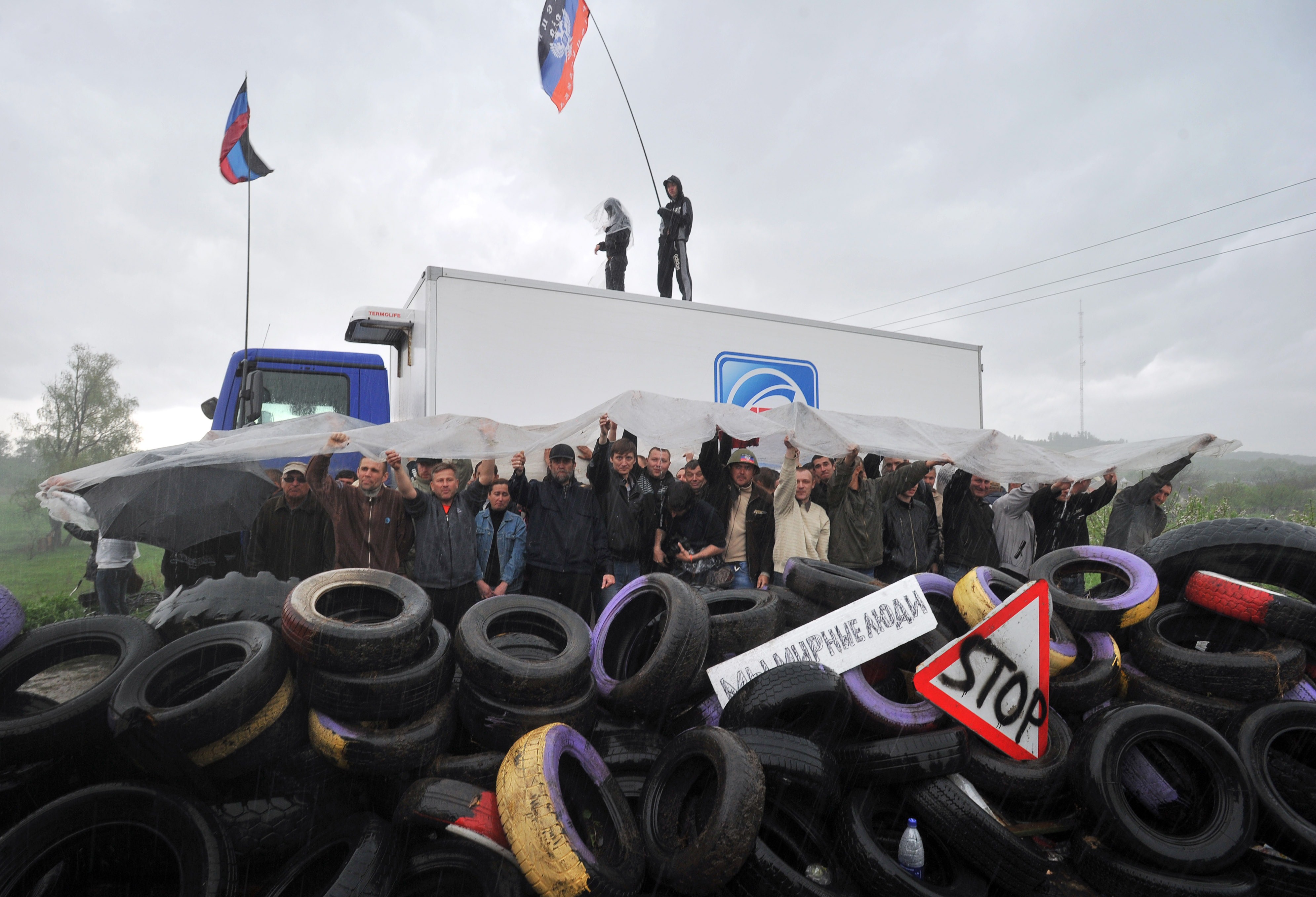 Ukrainian soldiers (foreground) face Pro-Russia separatists blocking the Kramators to Slavyansk road to prevent the Ukrainian national guard troops from advancing on May 2, 2014. Russia warned on May 2 that Ukraine’s use of the army against its own people in the east will lead to catastrophe and urged the West to renounce its “destructive policies.” “As we repeatedly warned, the use of the army against one’s own people is a crime and is leading Ukraine towards catastrophe,” the Russian foreign ministry said in a statement. Photo by Genya Savilov/AFP/Getty Images 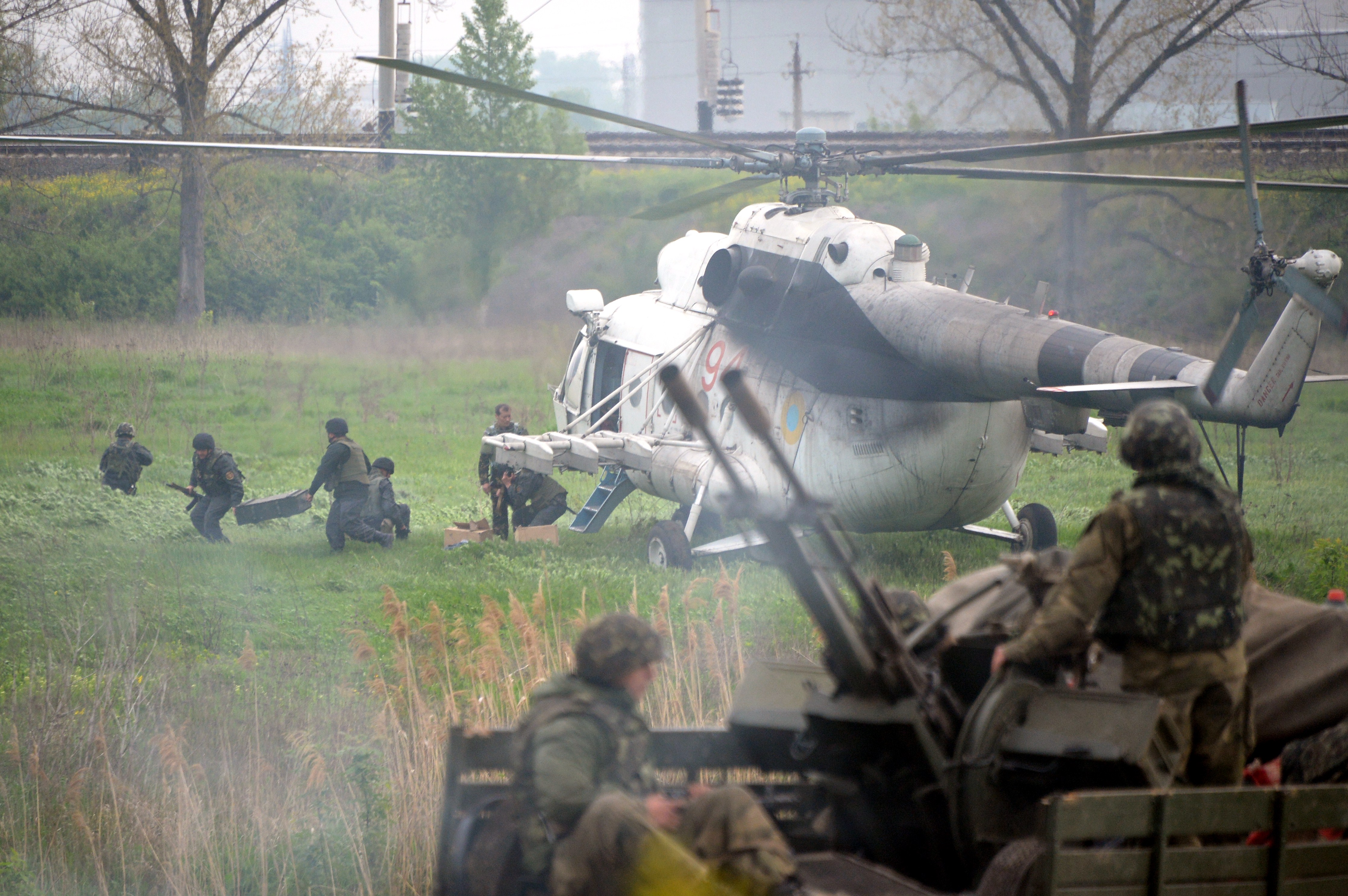 A Ukrainian military helicopter lands at a checkpoint in the village of Andreevka, 7 km. from the center of the southern Ukrainian city of Slavyansk, which is held by pro-Russian rebels. Photo by Vasily Maximov/AFP/Getty Images

Ukrainian soldiers stand at a checkpoint they seized in the early morning in the village of Andreevka #AFP pic.twitter.com/mfidAvrluX

#Ukraine – Ukrainian soldiers stand at a checkpoint they seized in the early morning in the village of Andreevka #AFP pic.twitter.com/1uHQrWGAiH