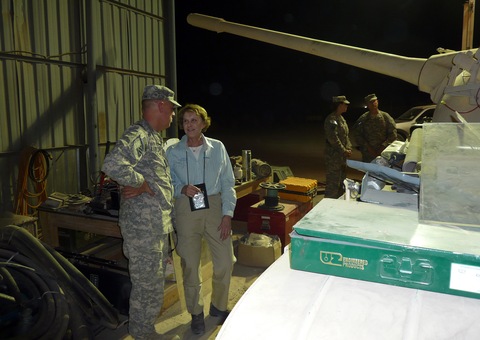 Col. Chuck Sexton shows off his prize to Margaret Warner.

MOSUL, Iraq | When the Americans arrived, they found Iraq chock-a-block with Soviet-era armaments — tanks, guns, mortar rounds and ammunition — left over from the days when Saddam Hussein was one of Moscow’s best arms customers.

U.S. soldiers found some of the stuff in bunkers long-maintained by Saddam’s army. Other pieces littered the landscape. The hardware they found around Mosul was towed to the “Bone Yard,” a guarded lot outside the U.S. military base, Camp Marez, to keep it from falling into insurgents’ hands.

When base commander Col. Chuck Sexton, who leads the Third Infantry Division’ 2nd Brigade, spotted several tanks there, he told his boys to pick one off the lot and bring it inside the wire for an overhaul. And they did.

At 10 one night, we found two mechanics extraordinaire — Sgt. Mark Wheeler of Indiana and Spc. Adam Silver of New York — in an oversized repair bay working on a hulking T-55 Cold War-vintage tank. They and their buddies are working 12-hour shifts to refurbish the beast and get it running. It’s every small boy’s dream — the ultimate toy model. 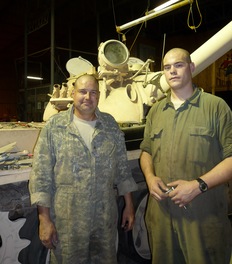 They rebuilt the V-12 engine, tore out and rewired the electrical system, stripped and painted the body; and improvised 50-gallon drums as fuel tanks. Every working part, short of the transmission, has been refashioned or replaced. And atop this monster, at the turret, is the 100mm main gun. They salvaged one shell, but no one wants to be to close when it’s fired.

“What else would you be doing?” I asked Wheeler. “Waiting for a wreck,” he said. “I’m a recovery specialist.” There aren’t many of those these days, since the American forces aren’t seeing much action. He and Silver are working off an English-language set of drawings they downloaded from the Internet. But when they met our cameraman, Moscow native Denis Levkovich, they pumped him for translation of all the phrases on the faded Russian version. 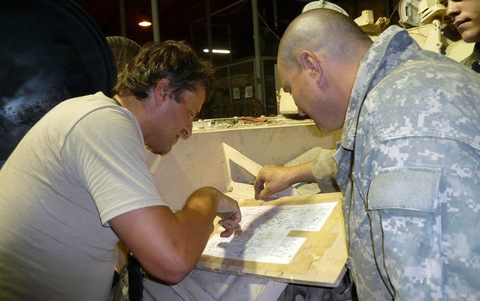 We asked Sexton what he’s going to do with the tank, once it’s road-ready. “We’re going to give it to the Iraqi Army as a parting gift,” he said. “We want them to understand that they can do this too, with what’s in the Bone Yard. They can build themselves an entire armored unit.” Altruistic words. My producer John Zito got 60-40 odds from a certain commander that this prize ends up back at the home base of Sexton’s Third Infantry Division, at Fort Stewart, Ga. 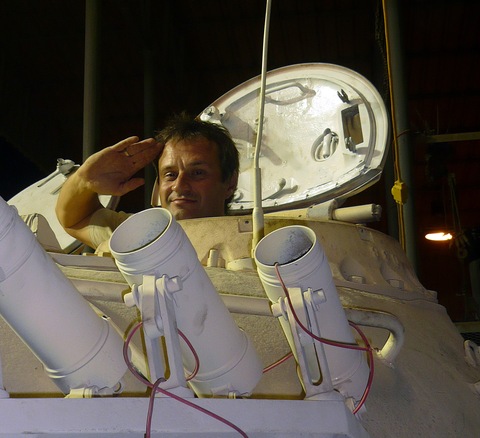 Levkovich salutes the old days of the Cold War. Photos by Margaret Warner

Post-embed Update: The Camp Marez mechanics got the tank running Sunday night, and celebrated the occasion with a spray-painted sign: 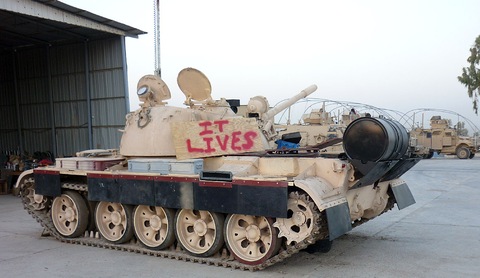 View all of the NewsHour team’s reports from Iraq.