Much of Venice under water amid worst flooding in a decade

MILAN — Venice was inundated by an exceptional high tide Monday, putting three-quarters of the famed Italian lagoon city under water as large swathes of the rest of Italy experienced flooding and heavy winds that toppled trees, killing four people.

Tourists and residents alike donned high boots to navigate the streets of Venice after strong winds raised the water level 156 centimeters (over 5 feet) before receding. The water exceeded the raised walkways normally put out in flooded areas in Venice, forcing their removal. Transport officials closed the water bus system except to outlying islands due to the emergency.

Venice frequently floods when high winds push in water from the lagoon, but Monday’s levels were exceptional. The peak level was the highest reached since December 2008, according to Venice statistics.

Venice Mayor Luigi Brugnaro said a series of underwater barriers that are being erected in the lagoon would have prevented the inundation. The project, nicknamed Moses, is long overdue, beset by cost overruns and corruption scandals. 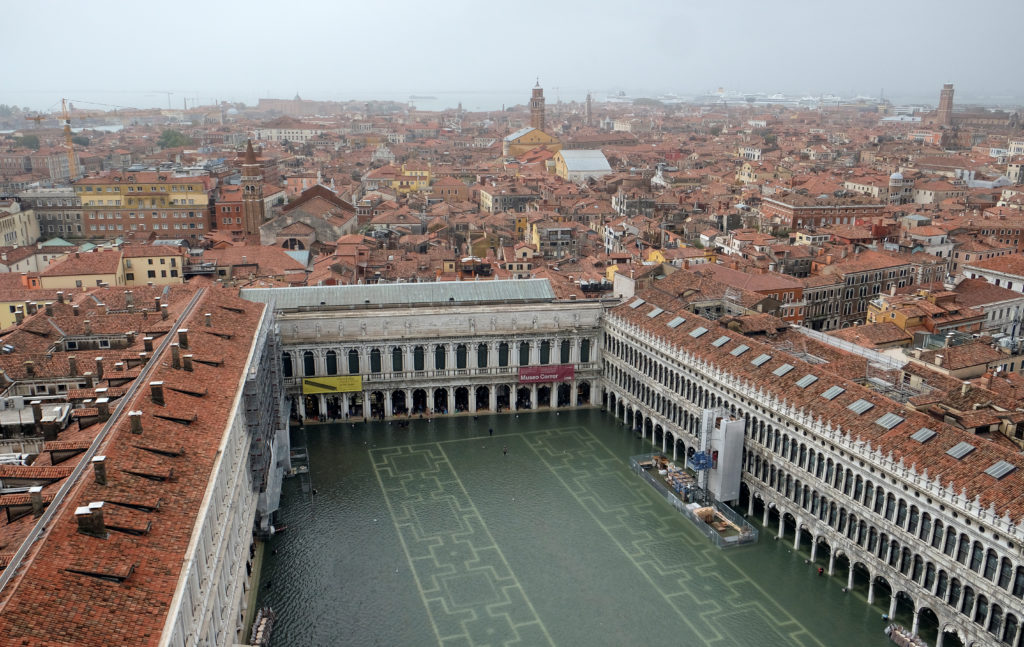 A view of flooded Saint Mark Square in Venice, Italy on Oct. 29, 2018. Photo by Reuters/Manuel Silvestri

Brugnaro said he had asked to talk with Premier Giuseppe Conte to underline the urgency of the project, which would raise barriers when the tide reaches 109 centimeters (43 inches). That happens, on average, four times a year in Venice.

Residents and businesses typically reinforce their doors with metal or wooden panels to prevent water from entering the bottom floors, but photos on social media showed shop owners using water pumps this time to try to protect their wares.

Much of Italy is under alert for flooding from heavy rains, a problem exacerbated by a lack of maintenance of the country’s many river beds. High winds toppled trees that killed passers-by in three accidents in Naples and Lazio.

Officials closed major tourist attractions in Rome, including the Colosseum and Roman Forum, early due to heavy rains.

Veneto regional governor Luca Zaia says flooding this week could reach the levels of the 1966 flood that struck both Venice and Florence. In a message on Instagram, he closed schools in the region for a second day on Tuesday. 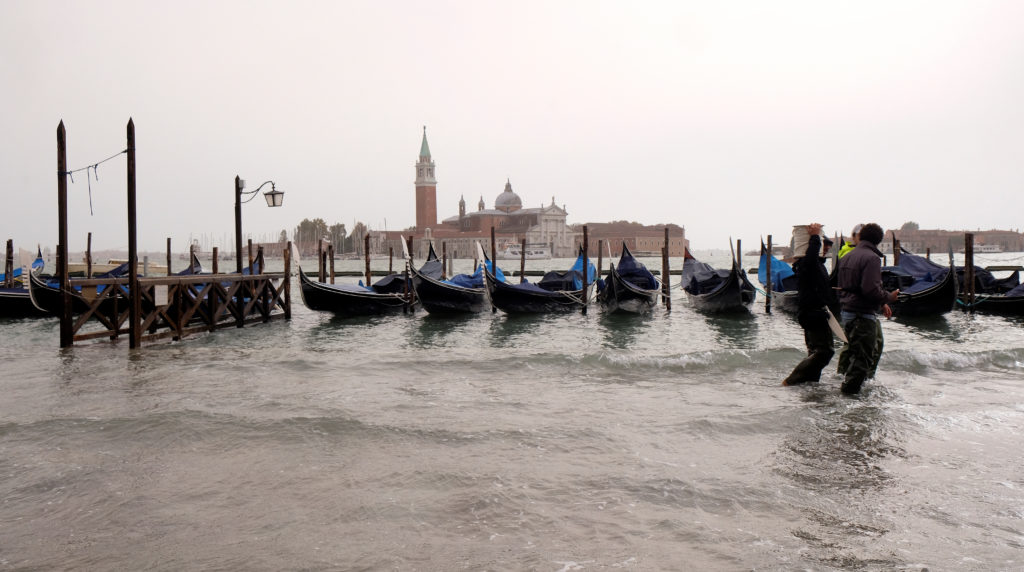 People walk on a catwalk in Venice, Italy on Oct. 29, 2018. Photo by Reuters/Manuel Silvestri

Left: A woman holds a child as she walks in a flooded Saint Mark Square in Venice, Italy October 29, 2018 Photo by Reuters/Manuel Silvestri