Napoleon’s hat will be among the items on sale this weekend as Monaco's prince raises funds. http://t.co/D4mj3rLEdB pic.twitter.com/4S57Lj06WQ

Napoleon Bonaparte’s trademark bicorn hat sold at auction near Paris on Sunday for roughly $2.4 million, according to news reports.

A South Korean collector, whose name was not released, paid nearly five times more than the minimum price set for the two-cornered, black felt hat that was apparently worn by the French emperor during the Battle of Marengo in 1800, the BBC reported.

Jean-Pierre Osenat of the Osenat auction house in Fontainebleau, France said the hat, now weathered from its age, is part of a collection belonging to the Prince of Monaco, whose family is distantly related to Napoleon. Prince Albert II said the family decided to sell the items in the collection “rather than see them remain in the shadows,” the Associated Press reported.

Napoleon wore it and others made by French hatmaker Poupard sideways, rather than with the points facing front and back, so he could easily be spotted on the battlefield, an official with the Osenat auction house told Reuters. 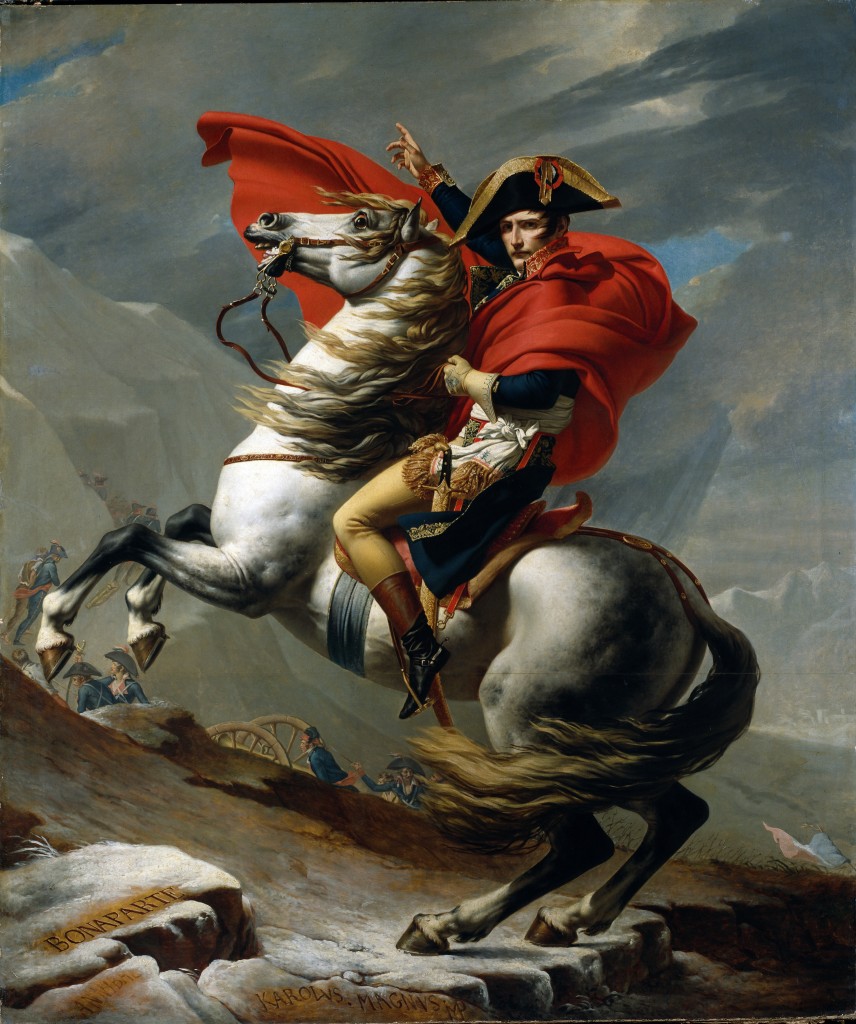 Napoleon’s battlefield style was depicted in the painting “Napoleon Crossing the Alps” by Jacques Louis David from 1801. Credit: Getty Images

“He understood at that time that the symbol was powerful,” said Alexandre Giquello, who works at the auction house, told the AP. “On the battlefields, his enemies called him ‘The Bat’ because he has that silhouette with this hat.”

During the emperor’s 15-year reign in the early 19th century, Napoleon reportedly went through about 120 hats — 19 of which of are currently in museums around the world.

The auction of the hat concluded a three-day sale of about 1,000 other Napoleon artifacts, including dozens of medals, decorative keys, documents, a jeweled sword, a Russian caviar spoon and a bronze eagle that once perched atop a battle flag, complete with bullet holes, the AP reported.