More than 4,000 people were killed in Nepal after a 7.8-magnitude earthquake rattled the South Asian country on Saturday, collapsing buildings including a 19th century tower in the capital Kathmandu and triggering an avalanche on Mount Everest.

The death toll from the quake, which was the country’s most devastating in 81 years, was likely to rise as reports from other rural areas of the country came in, deputy Inspector General of Police Komal Singh Bam told the Associated Press.

The Nepalese government declared a state of emergency and appealed for international humanitarian assistance after the temblor, which struck just before noon local time, also triggered a landslide on Mount Everest. More than 1,000 climbers had gathered for the start of the climbing season, and at least 10 climbers were killed and dozens were injured, government officials said.

Ensuing aftershocks from the quake also jolted neighboring countries, killing 36 in northern India, 12 in Chinese Tibet, four in Bangladesh and two in the Nepal-China border, the AP reported.

Massive power outages were reported as the devastating quake left hundreds more injured and displaced and many were feared trapped inside the debris of toppled homes and other buildings. 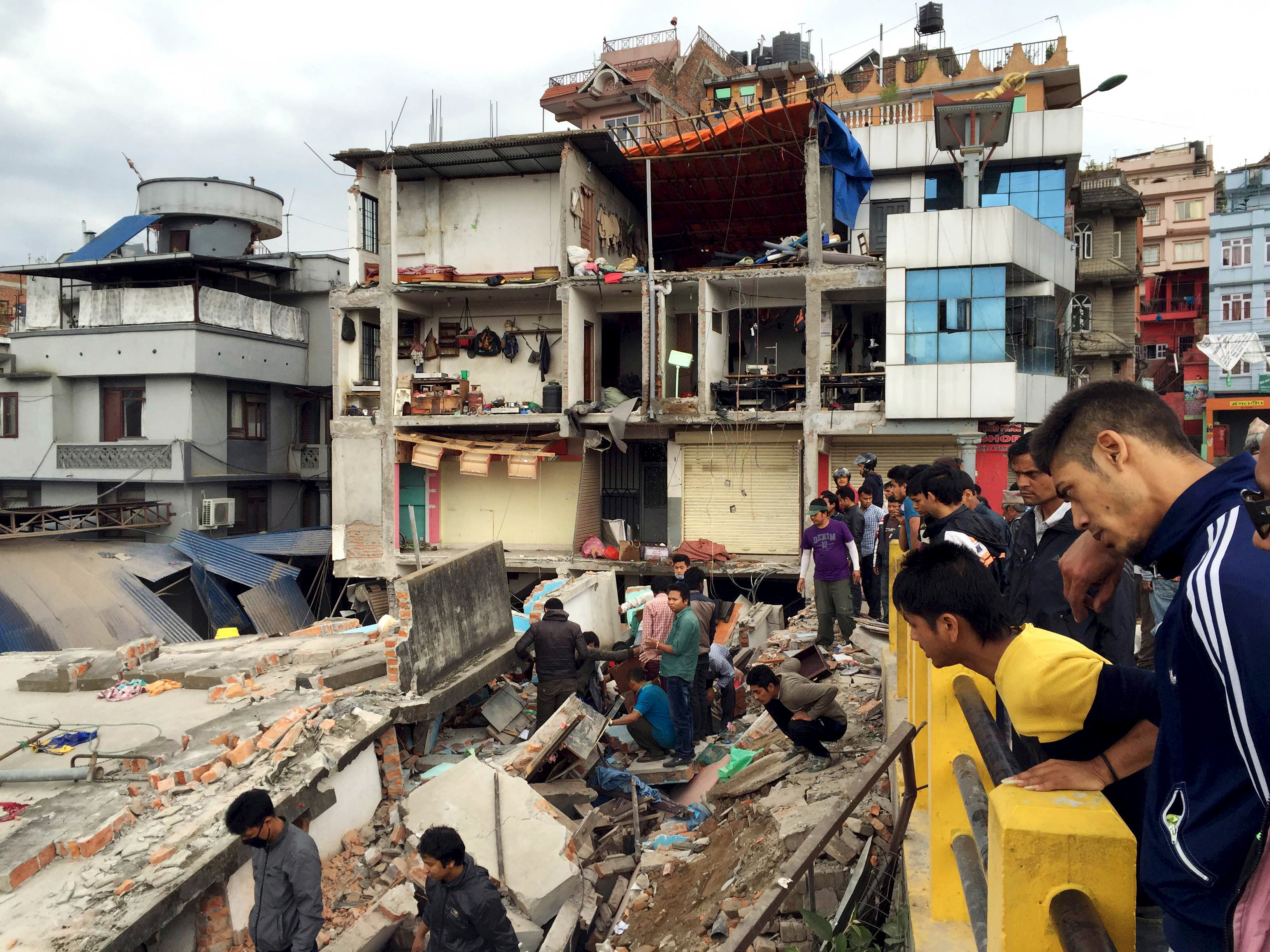 People survey a site damaged by an earthquake, in Kathmandu, Nepal, April 25, 2015. Photo by REUTERS/Navesh Chitrakar.

“The house was shaking like crazy. We ran out and it seemed like the road was heaving up and down,” Shrish Vaidya, who was in his two-story house outside the capital Kathmandu with his parents, told the AP.

Uddav Timilsina, chief district officer of Gorkha, a city near the quake’s epicenter, told the Wall Street Journal that more than half of the houses in the surrounding villages were damaged.

“It’s cold and windy so we are all sitting in the car listening to the news on FM radio,” Vaidya, 46, who runs an advertising agency, said. “The experts are saying it’s still not safe to go back inside. No one can predict how big the next aftershock will be.”

In the wake of the devastation, leaders around the world pledged support to the region.

India officials sent military aircraft with medical equipment and relief teams, and Israeli Prime Minister Benjamin Netanyahu said a search and rescue team with doctors would depart for the area on Saturday.

United States aid officials said the U.S. would send a disaster response team and at least $1 million in aid.