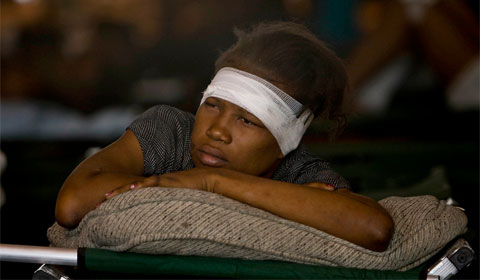 NPR correspondent Carrie Kahn called us late this afternoon from Haiti, where she has been covering treatment of quake victims and the frantic search for survivors in the hills around Port-au-Prince.

She described American doctors’ saying their patients there were dying of relatively minor injuries that would not have been life-threatening with modern medical treatment in the U.S.

Kahn said she had seen a great deal of air traffic flying around the capital, but she only saw one search and rescue team, one U.N. patrol and some police who said they need assistance:

I saw one lone police patrol. I tried to ask them what they were doing for the people. They said, “Nothing. We have nothing to give them. We need help.” So the authorities here are overwhelmed by the destruction here … just totally overwhelmed.