More than 50 people gathered in the Chinatown section of Manhattan on Sunday in solidarity with the pro-democracy protest in Hong Kong that is being described as the worst unrest seen in the region since China took control from Britain in 1997. 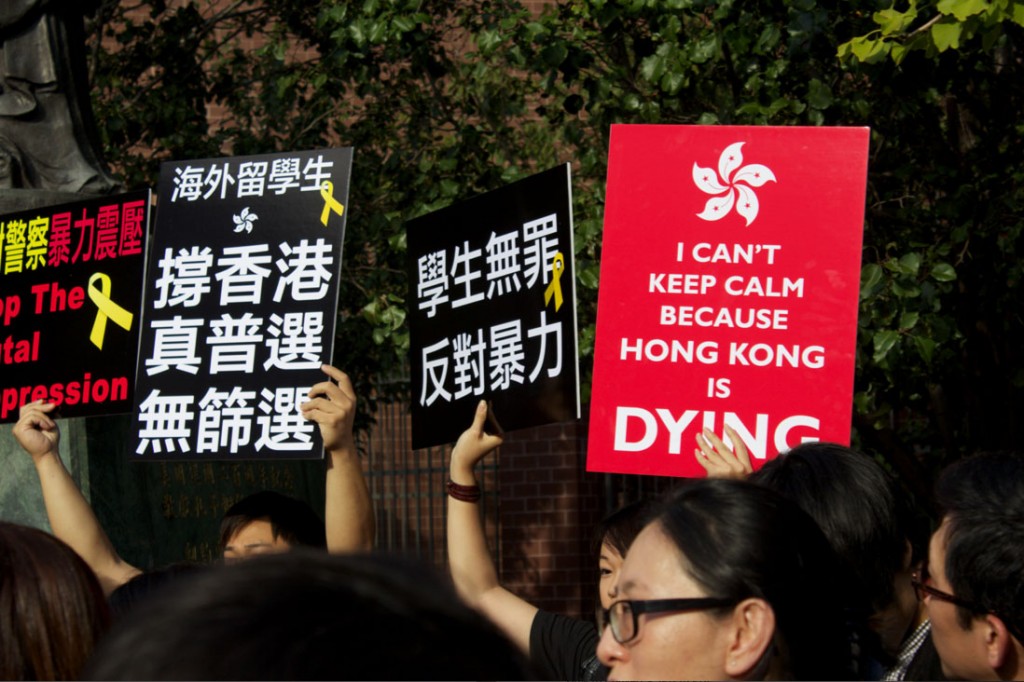 More than 50 protesters acting in solidarity with the pro-democracy movement in Hong Kong formed a circle in front of a Confucius statue in Chinatown, Manhattan on Sunday. Credit: Carey Reed/NewsHour Weekend

“I woke up this morning at 7:30, hearing about the tear gas in Hong Kong — I didn’t even think it was true,” said Anna Yeung-Cheung, an associate professor at Manhattanville College who coordinated the protest.

“Why would you throw tear gas bombs at unarmed civilians?”

The Hong Kong protests were peaceful up until Friday, when student-led demonstrators broke through a cordon and scaled a fence to enter the city’s main government compound.

By early Monday, in an escalated response, riot police in Hong Kong had advanced on the crowds after deploying tear gas and launching a baton-charge, Reuters reports.

“As immigrants, we stay here, we cannot do anything but come here and protest,” said Ray Yue, who participated in the Chinatown protest as her cousins joined the many thousands overseas in Hong Kong. 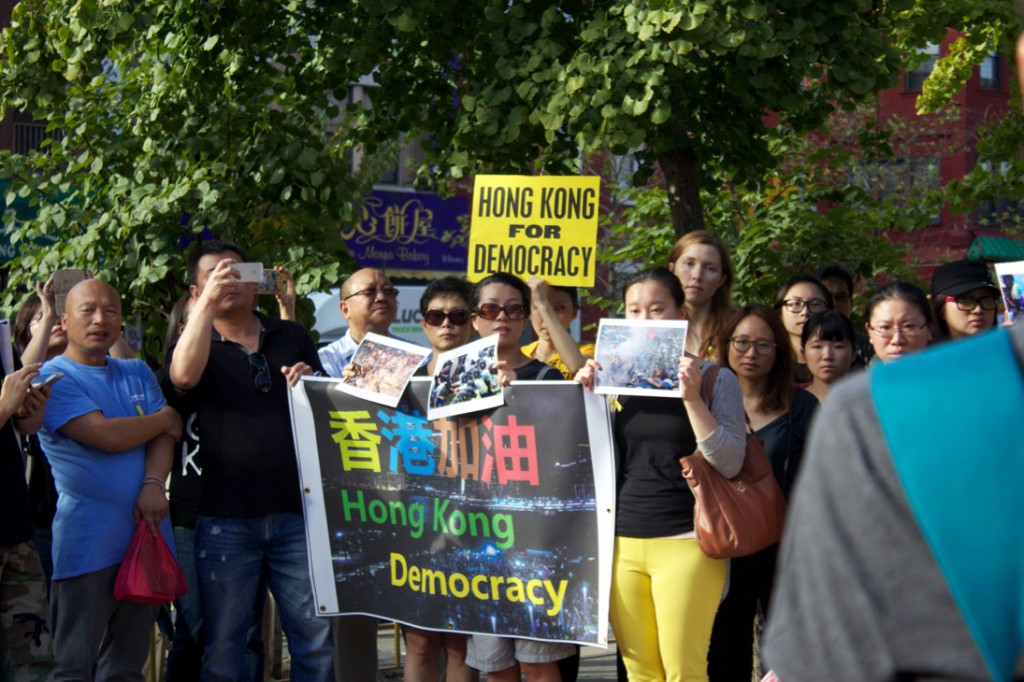 Protesters gathered in front of Confucius Plaza in Lower Manhattan Sept. 28 to show their support for pro-democracy demonstrators who had gathered in Hong Kong over the weekend. Credit: Carey Reed/ NewsHour Weekend

Samantha Ng, who was born in New York City but raised in Hong Kong until the age of 10, said she found Beijing’s ruling “sneaky.”

Beijing had ruled out open elections for Hong Kong in August.

“Hong Kong people will not wait until everything is taken away,” Ng said. “They will say something right now.”