Obama said in a statement that Nemtsov was brutally murdered. He called on Russia’s government to “conduct a prompt, impartial and transparent investigation into the circumstances of his murder and ensure that those responsible for this vicious killing are brought to justice.”

Nemtsov is a former deputy prime minister who later became a prominent opposition leader and a sharp critic of Russian President Vladimir Putin. The 55-year-old was shot and killed early Saturday in Moscow just outside of the Kremlin.

Obama called Nemtsov a “tireless advocate” for Russia and for the rights of Russian citizens, and praised Nemtsov for fighting corruption. Obama and Nemtsov met in Moscow in 2009. 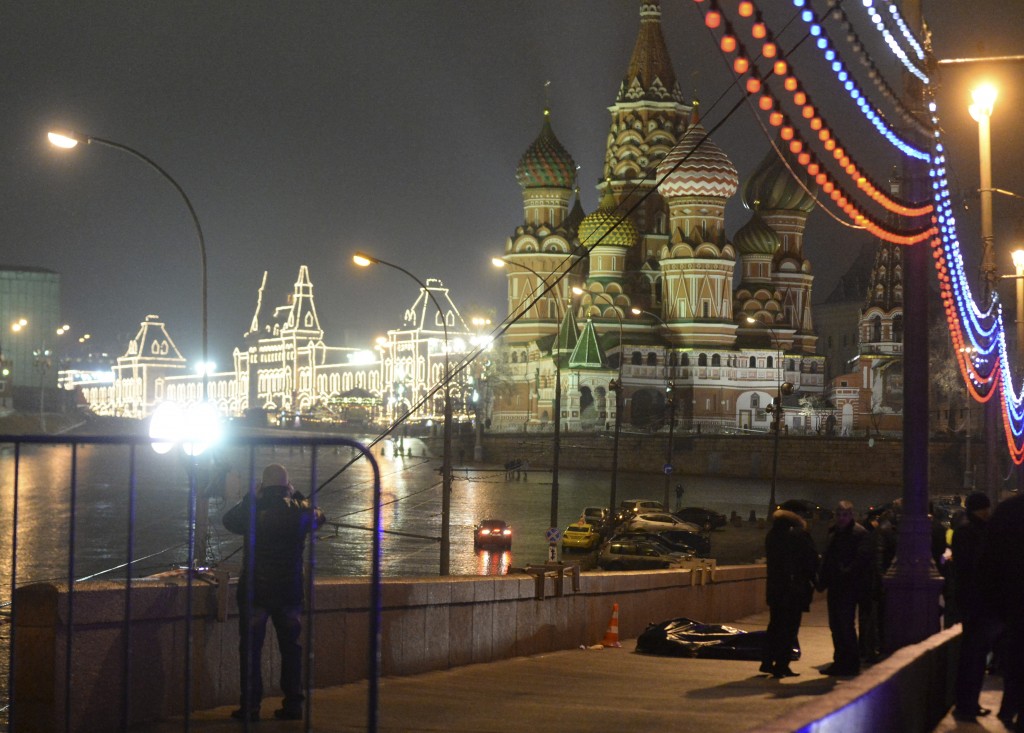 The covered body of Boris Nemtsov is seen in central Moscow on Feb. 28. Nemtsov, a Russian opposition politician and former deputy prime minister who was an outspoken critic of President Vladimir Putin, was shot dead near the Kremlin late on Friday. Credit: REUTERS/Pavel Bednyakov

In a separate statement, Kerry said Nemtsov “sought to reform and open Russia, and to empower the Russian people to have a greater say in the life of their country. His absence will be deeply felt in Russia and around the world.”

Sen. John McCain, chairman of the Senate Armed Services Committee, was more strident in his criticism of Putin’s government. “Boris is dead because of the environment of impunity that Vladimir Putin has created in Russia, where individuals are routinely persecuted and attacked for their beliefs, including by the Russian government, and no one is ever held responsible,” McCain said in a statement released Friday night.

The killing comes as the U.S. and Russia are at odds over Russia’s actions in eastern Ukraine.

Left: People gather at the site where Boris Nemtsov was murdered in central Moscow on Feb. 28. Credit: REUTERS/Maxim Zmeyev