TOKYO (AP) — Brittney Griner has long been open about her ongoing battle with depression, an ailment that triggered suicidal thoughts when she was younger and last year drove her out of the WNBA bubble because the isolation was too much to handle.

Her own struggles made the U.S. women’s basketball player feel deeply connected to Simone Biles for choosing her own well-being over sporting glory. Considered the best gymnast in the world, Biles pulled out of team competition in the middle of the event and then opted not to defend her 2016 gold medal in the all-around Thursday night at the Tokyo Games.

“It’s a very tough decision to step away. Especially at the Olympic level,” Griner said Thursday. “If you’re not your best self, you’re not going to be the best in your sport or help your team.”

The topic of mental health, growing in frequency in sports over the past year, was everywhere at the Tokyo Olympics on Thursday, a day after Biles made her decision to not compete in the all-around. Olympians in many sports have spent the past two days coming forward to recount their own battles while offering support to Biles.

“This Olympic Games has not only had a conversation about mental health, but now has movement in the right direction of mental health support,” U.S. swimmer Allison Schmitt said after the Americans won silver in the 4×200 freestyle relay.

On Thursday, Biles expressed appreciation about the response she’s received, posting on Twitter: “the outpouring love & support I’ve received has made me realize I’m more than my accomplishments and gymnastics which I never truly believed before.”

Portland Trail Blazers star Damian Lillard, a member of the U.S. men’s basketball team, said his success and salary doesn’t make him immune to personal struggles. The discussion sparked by Biles made him reflective Thursday of his own journey.

“When people describe what depression looks like or battling mental health issues, sometimes I think back like, ‘Man, I had a couple of those moments. I just didn’t recognize that’s what was happening,'” he said.

“We are in an era where everybody has access to us,” Lillard said. “In the past, being a professional athlete or being an Olympian, you were in front of the world but everybody couldn’t just tweet you and everybody couldn’t slander you on Twitter and you become a trending topic and talk about you on Instagram and the Internet just wasn’t such a powerful place.”

At the Olympics, the support for Biles has been overwhelmingly supportive. Social media has been harsher; strangers have accused Biles of being weak, a quitter, and said her decisions in Tokyo have tarnished her legacy.

Former Olympic swimmer Kirsty Coventry, an IOC member and chair of the IOC Athlete’s Commission, recommends athletes avoid the social platforms during competition. “Some people can leave negative comments, and they can be really hurtful to athletes,” Coventry said.

Across the Games, here is some of the other discussion about mental health heard among Olympians on Thursday: 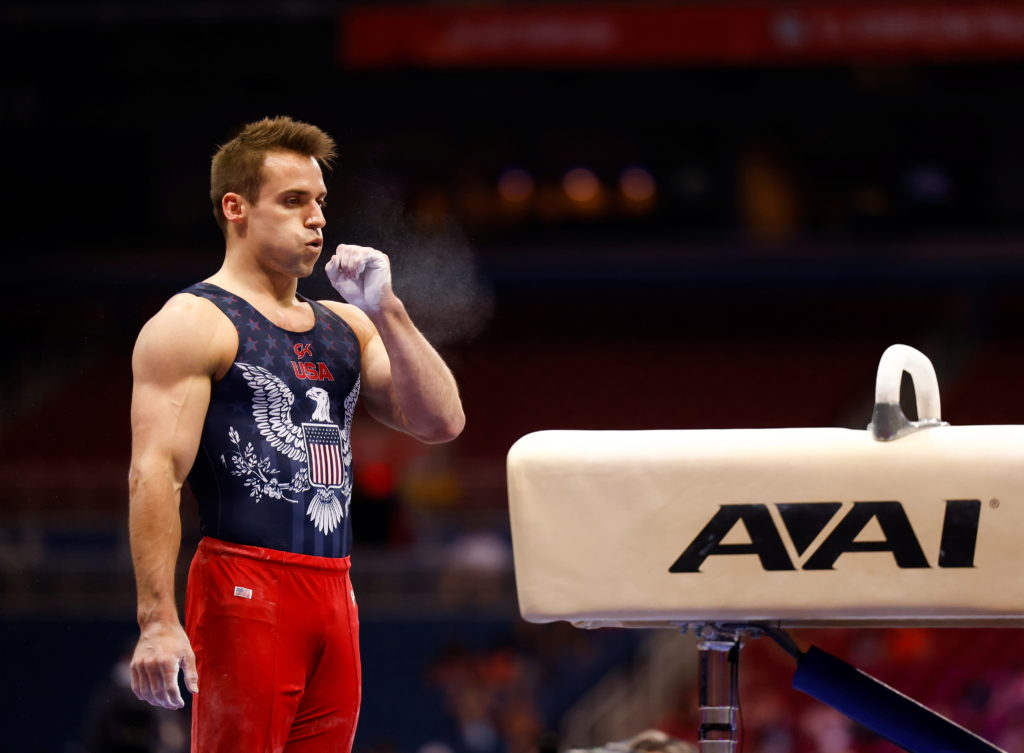 Sam Mikulak blows chalk off his hand after a fall on pommel horse during the final day of Men’s competition in the U.S. Olympic Team Trials for gymnastics in St. Louis, Missouri, U.S., June 26, 2021. REUTERS/Lindsey Wasson

The three-time U.S. Olympian and six-time national champion will retire following next week’s parallel bars final and plans to attend grad school. A gymnast for most of his 28 years, Mikulak said he’s considering a career as a mental health professional.

He said he’s spoken to Biles since her stunning withdrawal Tuesday from team competition after she botched her vault routine and recognized she wasn’t in the right mental space to continue.

“She seems like she’s doing what’s best for her,” Mikulak said. “I am really proud of her for prioritizing mental health and making sure that everyone knows and understands that we’re not just athletes. We’re human beings, and sometimes it’s too much, and when that’s the case you have to do what’s best for you.” 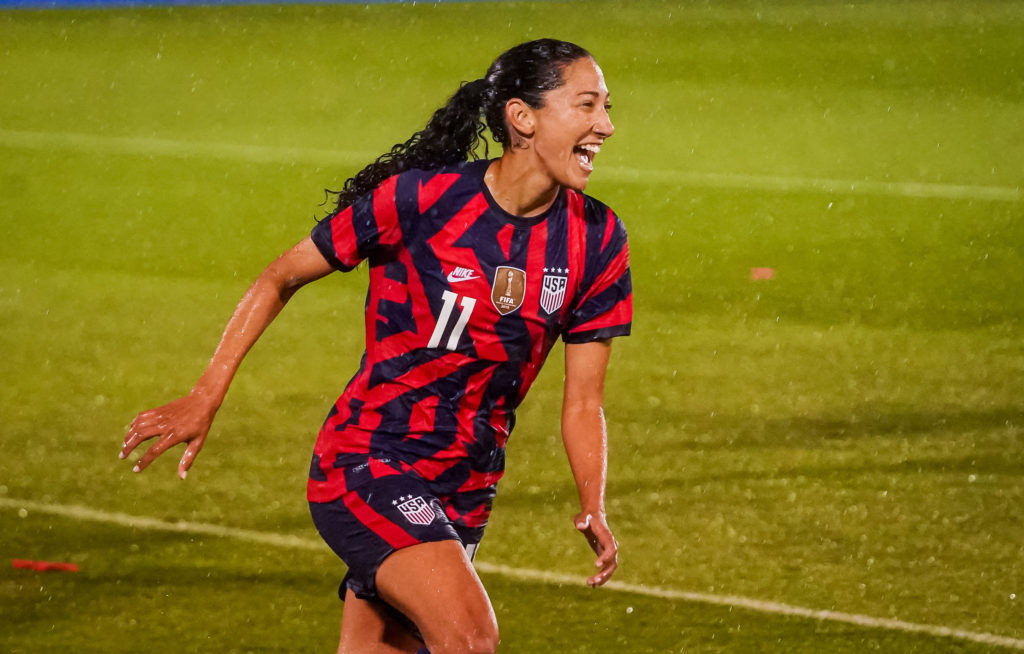 The U.S. women’s soccer star said she relies on a twice-daily meditation practice to decompress and process, a tool she uses year-round whether playing in a tournament or out of season.

“I’ve spent a lot of time trying to develop a self-love and self-care that can power me through stressful times,” Press said. “We all have history and baggage. And I think as people, knowing that it is our responsibility to take care of ourselves and to love ourselves first, can really help us take care of each other in a more beautiful way.” 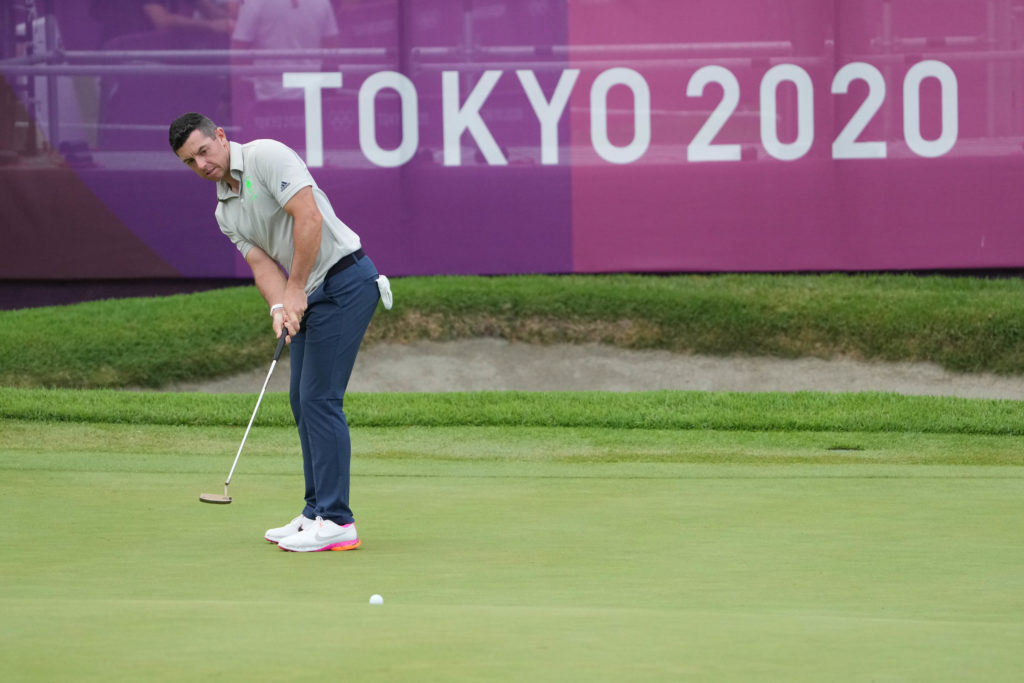 The Irish Olympic golfer welcomes the conversations. To him, they’re like any other health discussions — and shouldn’t have a stigma attached.

“I’m glad that at least the conversation has started,” he said. “It’s not taboo anymore. People can talk about it just as (if) somebody has a knee or elbow injury. If you don’t feel right, 100% right mentally, that’s an injury too.”

The persisting notion of “powering through it” persists, he acknowledges. But McIlroy says hearing from people like Biles and swimmer Michael Phelps about mental health makes an impact — a positive one.

“When you hear the most decorated Olympian ever talk about his struggles and then probably the greatest gymnast ever talk about her struggles, then it encourages more people that have felt that way to come out and share how they felt.” 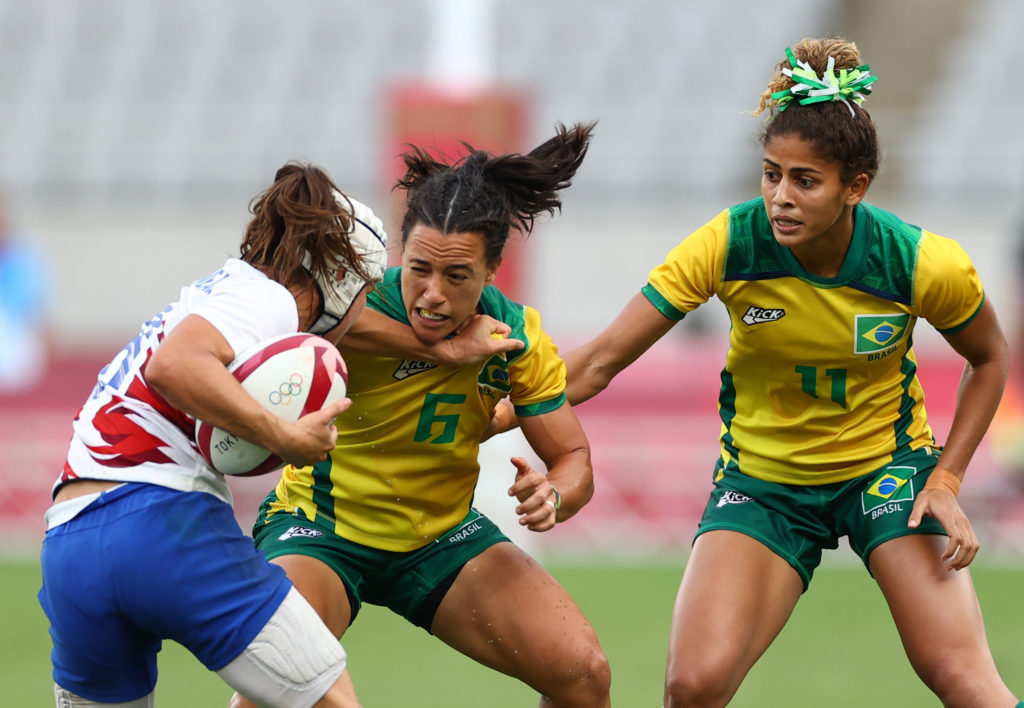 The Brazilian rugby player said her team works regularly with a psychologist.

“We treat our brains as much as we treat bodies,” Cerullo said. “Every international event, especially the Olympics, has its own mental struggle and additional mental weight attached to it. You see that with Simone Biles putting her mental health ahead of everything, and it’s opening up a conversation about how important mental health is for athletes — and everyone else. Athletes are just the tip of the iceberg.” 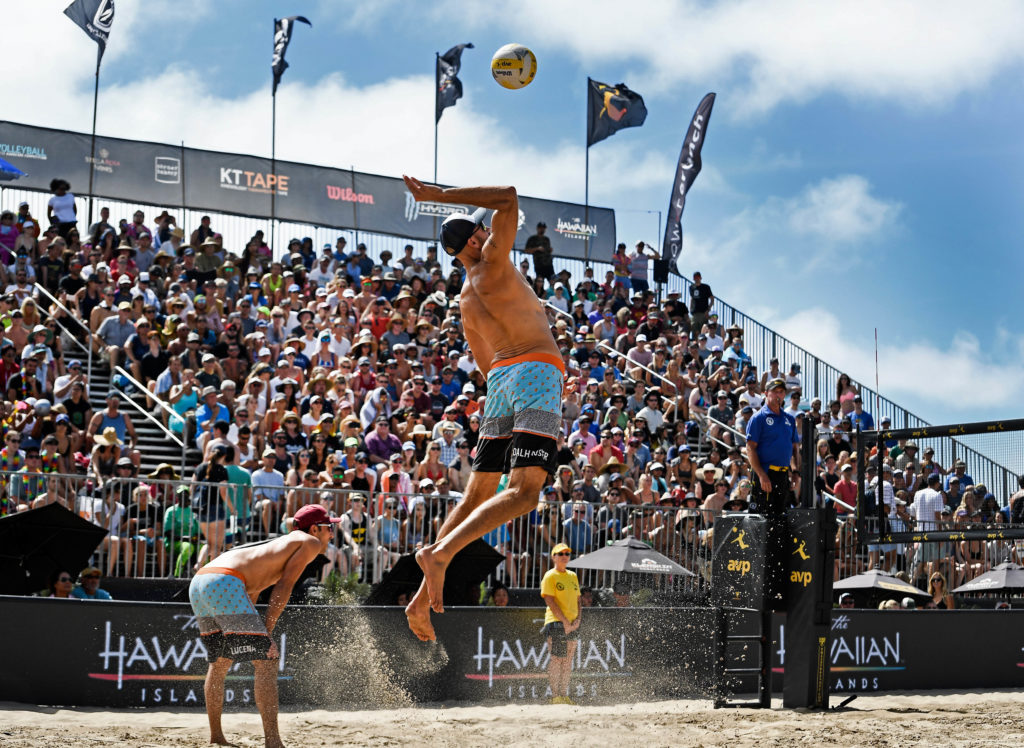 Aug 17, 2019; Manhattan Beach, CA, USA; Phil Dalhausser leaps to make a jump serve in a match against Chaim Schalk and Jeremy Casebee during the AVP Manhattan Beach Open at Manhattan Beach Pier. Dalhausser and Nick Lucena went on to a 2-0 win to advance to the semi-finals. Robert Hanashiro-USA TODAY Sports

The U.S. men’s beach volleyball player said criticism of Biles was unfair. He noted the enormous pressure Biles has been under as the face of the Olympics and her status as the greatest of all time, with “GOAT” sometimes printed on her leotard.

“She’s been in the gym, probably since she’s been 3. And this is her life,” he said. “So whatever is going on in her head must be so bad that she’s willing to pull herself out of a competition? To me, that sucks.”

Simone Biles embodies both the aspirations and struggles of Black America