Olympic highlights from Day 12: For the first time, Americans take 1-2-3 in Rio track and field; Bolt takes a second look

Americans have had their fair share of historic Olympic moments at the games this year from Katie Ledecky to Simone Manuel and Simone Biles.

Now, watch another Olympic first from Wednesday, in which three Americans took all three medals in the women’s 100-meter hurdles:

It was a clean sweep, a first for a women’s event in Olympic track and field. The favorite, Brianna Rollins, crossed the finish line at 12.48 seconds to take the gold. Fellow teammates Nia Ali and Kristi Castlin took silver and bronze respectively.

Ali finished at 12.59 seconds, and, after an official judge’s decision, Castlin just squeaked past Cindy Ofili of Great Britain to take bronze at 12.61 seconds. 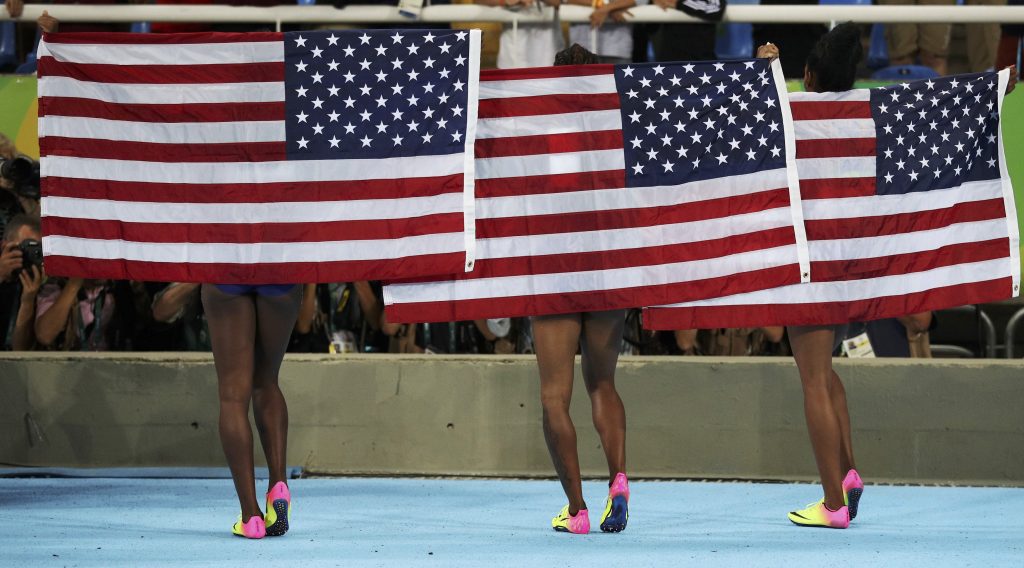 Team USA celebrates after they won gold, silver and bronze in the women’s 100-meter hurdles. Photo by Phil Noble/Reuters

After the historic win, Castlin dedicated her medal to victims of gun violence, USA Today reported. “Women hurdlers are so strong in the U.S., and we have overcome controversy. We are three strong hurdlers,” she said.

Fresh off his meme-ified over-the-shoulder glance and historic win on Sunday, Bolt also took another opportunity to look at his competition in a nearby lane. At his side was Canada’s Andre De Grasse. Both athletes shared a smile as Bolt made sure he stayed ahead of De Grasse at the finish line. Still smiling, Bolt wagged a finger at De Grasse.

“I don’t think he expected me to do that,” De Grasse is quoted as saying after the race. “I had to push him a little bit, you know, see what he has left in the tank.”

“I don’t know what he was trying to do. But he’s a young kid. He’s great. He has a lot of talent. I’m looking forward to the competition,” Bolt said.

A Brazil police official said that Ryan Lochte and three other American swimmers lied about their robbery claim in Rio, adding that the swimmers were in a “rowdy gas station confrontation.”

The International Boxing Association, known as AIBA, announced in a statement that several referees and judges have been removed after a committee had reviewed more than 230 matches at the Rio Games. Although AIBA didn’t specify who or how many were affected by the move, it said that “less than a handful of the decisions were not at the level expected,” The New York Times reported. 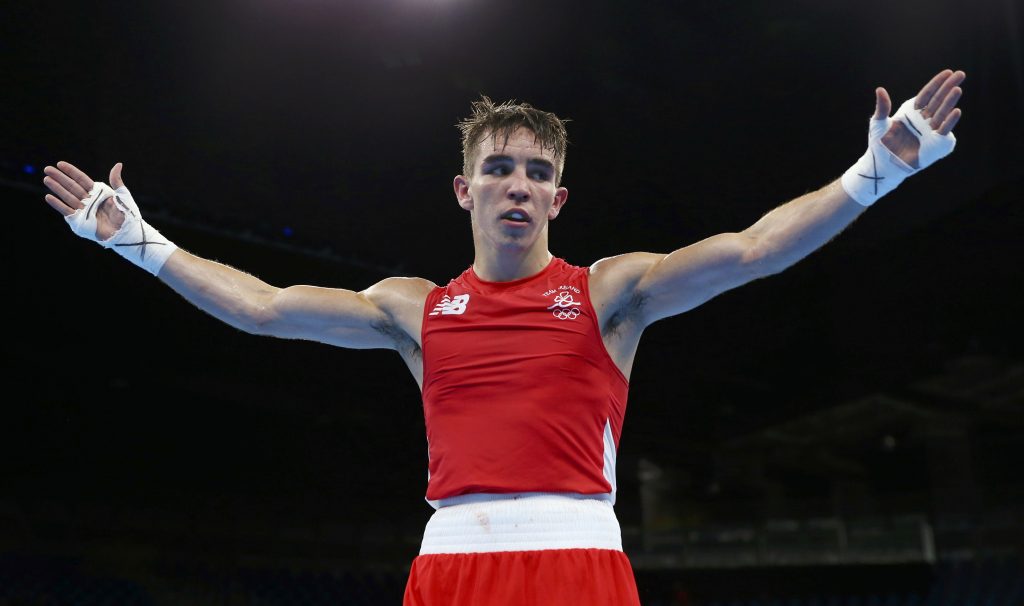 Michael Conlan of Ireland reacts after his bout. Photo by Peter Cziborra/Reuters

AIBA’s announcement comes after bantamweight Michael Conlan of Ireland had accused the federation of corruption in his bout with Russian boxer Vladimir Nikitin on Tuesday. In his tweet to Russian President Vladimir Putin, Conlan suggested Russian officials bribed the judges.