Usain Bolt dashed to the finish of the 4×100 meter relay on Friday, out-striding his competition to complete his third Olympic sweep of the 100 and 200 meter springs and the 4×100 meter relay. A sports reporter for the Associated Press tweeted that he saw Bolt throwing the javelin farther than one of the competing decathletes after winning the race. 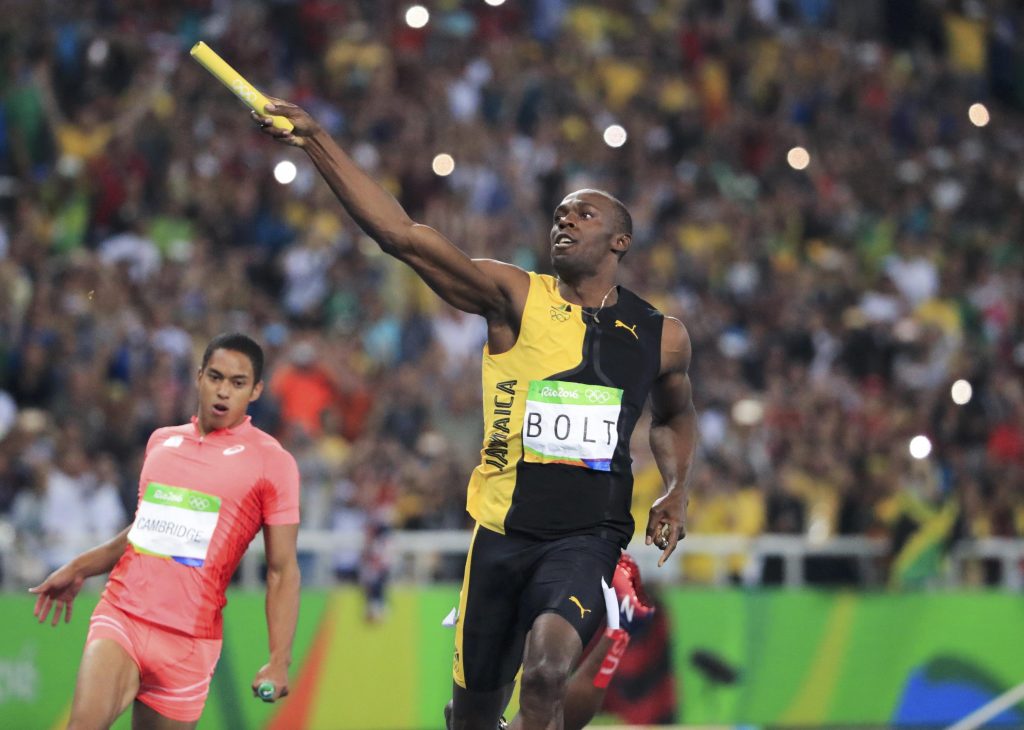 “There you go, I am the greatest. I’ve worked hard every Olympics to win three gold medals,” Bolt said. “I’m just happy that I’ve accomplished so much.”

Former world record holder Asafa Powell led the race for the Jamaican team, which also featured Yohan Blake and Nickel Ashmeade. In a surprise finish, Japan won the silver medal, beating the U.S. team, which finished third but later had its bronze medal revoked after being disqualified for an illegal baton pass. The U.S. runners lost an appeal of the disqualification ruling.

The announcement of disqualification shocked the U.S. team, which was already celebrating around the stadium when it learned of the result. 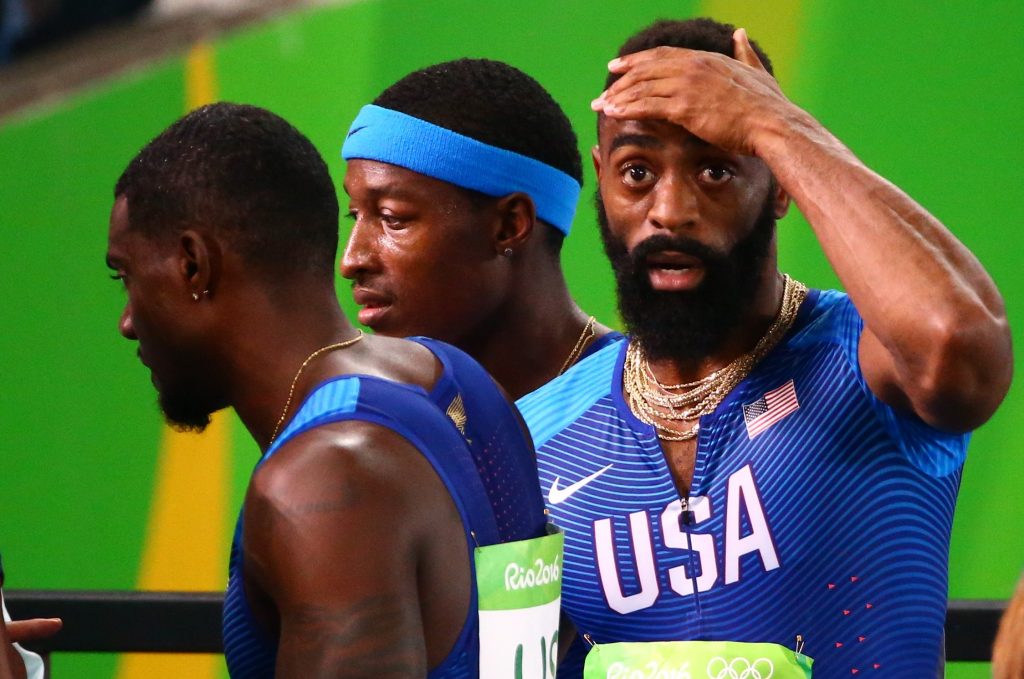 Mike Rodgers, Justin Gatlin and Tyson Gay  of USA react as they realise they have been disqualified. Photo by David Gray/Reuters

This delayed disqualification contrasted the first place finish of the women’s 4×100 relay, who blew past the competition to finish more than half a second ahead of second-place Jamaica. In the qualifying race, the U.S. women’s team dropped the baton when it made contact with Brazil, but after it appealed, the team was allowed a re-run and managed to place into the final.

When you feel broken. When you have nothing left to give. Remain faithful. Keep fighting. Joy comes in the morning. pic.twitter.com/r40PzNXtkS

Dilshod Nazarov won Tajikistan its first gold medal since its independence in 1991 by winning the hammer throw with a distance of 78.68 meters. Nazarov held his country’s flag in the opening ceremonies. 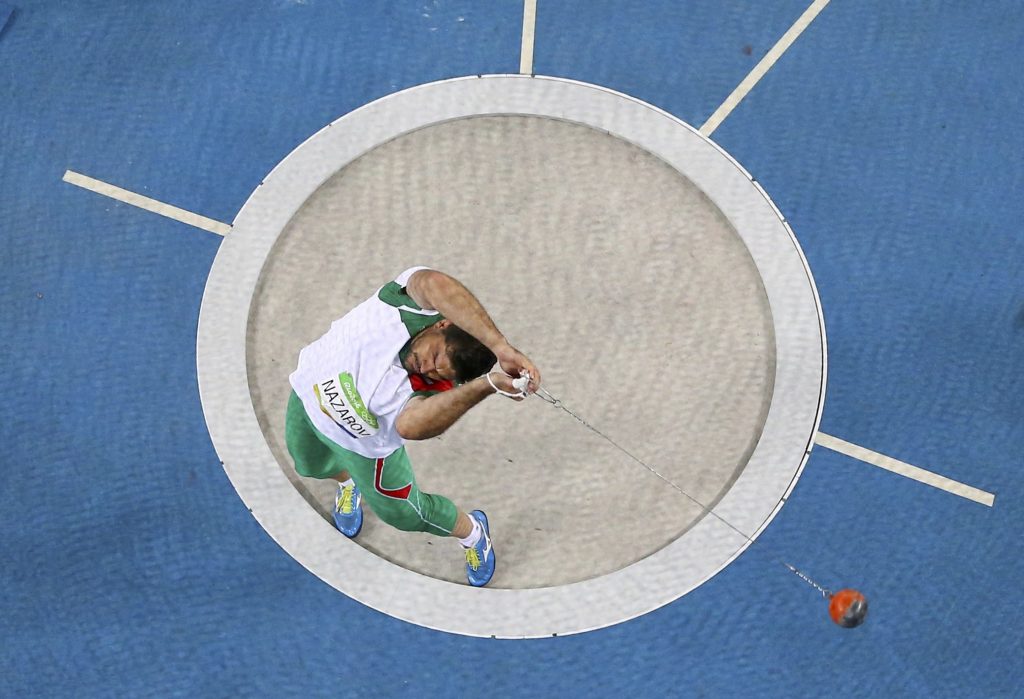 Amid mounting speculation about problems facing planners for the Paralmypics, the International Paralympic Committee announced it would downsize the number of workers, venues and transportation options for next month’s games. Officials said the number of events would not be impacted.

“Never before in the 56-year history of the Paralympic Games have we faced circumstances like this,” president of the International Paralympic Committee Philip Craven said.

Only 12 percent of available tickets for Paralympic events have been sold, the BBC reported, and payments to help athletes pay for travel have been delayed.

Great Britain’s men’s team was disqualified from the 4×400 final, scheduled for tonight, for an illegal baton exchange. In its place, Brazil progressed to the final.

Spanish athlete Carolina Marin became the first non-Asian woman to win badminton singles at the Olympics when she beat P.V. Sindhu of India.

As the story revolving around U.S. swimmer Ryan Lochte’s claims of a robbery continued to unfold yesterday, he issued a statement on Instagram in which he apologized “for not being more careful and candid” when recounting the incident.

Commenters criticized his post, saying it failed to adequately address his presentation of the events as a robbery.

Jimmy Feigen, another swimmer involved in the incident, was permitted to leave the country Friday after donating nearly $11,000 to a Brazilian charity.