Two American athletes named Simone struck Olympic gold in Rio on Thursday, one who was “super surprised” at her historic win.

Simone Manuel, 20, became the first black woman to win an individual swimming event, sharing her Olympic gold victory with Penny Oleksiak of Canada in the women’s 100-meter freestyle. Both swimmers touched the wall at 52.70 seconds, an Olympic record.

Manuel’s reaction at seeing “1” by her name on the scoreboard was priceless. Watch the race below:

After her win, Manuel said the “gold medal wasn’t just for me.”

“It was for people that came before me and inspired me to stay in the sport,” she said, in a nod to Olympians Maritza Correia and Cullen Jones, among others. “For people who believe that they can’t do it, I hope I’m an inspiration to others to get out there and try swimming. You might be pretty good at it.”

Waking up and still in shock AND SO PROUD OF YOU @simone_manuel https://t.co/9fn5WFh5V3

I am so proud of @simone_manuel First African American female to get a GOLD medal. Amazing #TeamUSA

Manuel cried during the medal presentation.

As the Washington Post pointed out, Manuel and her teammate Lia Neal were the first time two black athletes on the U.S. women’s swim team at the Olympic Games.

Prior to Thursday’s dead heat, Manuel said she tried to “take the weight of the black community off my shoulders. It’s something I carry with me. I want to be an inspiration, but I would like there to be a day when it is not ‘Simone the black swimmer.'”

“The title of ‘black swimmer’ suggests that I am not supposed to win golds or break records, but that’s not true because I train hard and want to win just like everyone else,” she said. 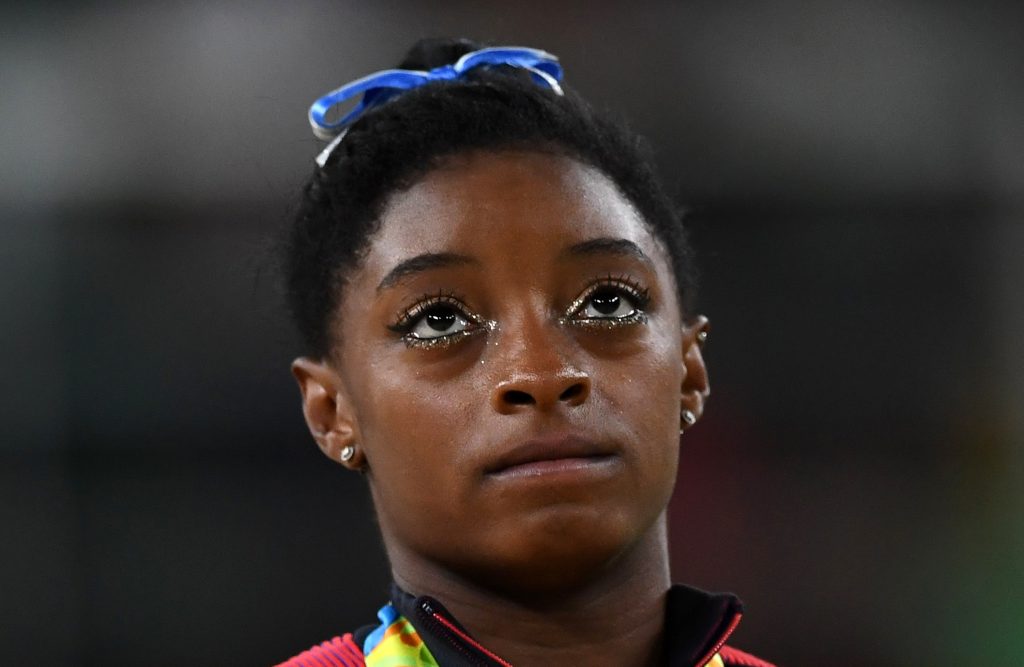 Gymnast Simone Biles of the U.S. tears up as she poses with her gold medal. Photo by Dylan Martinez/Reuters

Simone Biles, too, teared up Thursday night after being honored as the world’s best gymnast.

The competition ended with the floor routine, her signature event, in which she executed her signature move (a double layout with a half-twist and a blind landing), now officially known as “the Biles.” (The New York Times breaks it down into slow-motion.) She scored 15.933, the highest markings of the night at any rotation, The New York Times reported.

Simone + Simone = Gold🏅🏅!!! Congrats young Queens!! Truly inspiring for so many especially young black girls. My daughter was watching with me. #GoUSA #GoldStandard 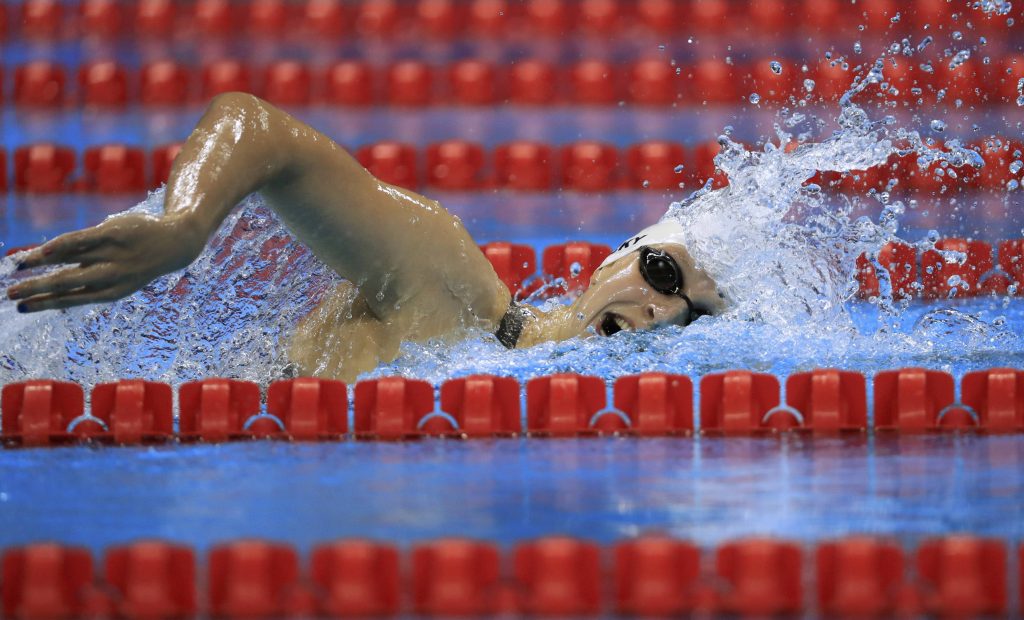 Katie Ledecky’s name is now synonymous with historic milestones. She has broken world records, including her own.

During the 800m freestyle heat on Thursday, the 19-year-old American swimmer set an Olympic record. Ledecky clocked in at 8:12.86, finishing nearly seven seconds ahead of Hungary’s Boglarka Kapas.

This is how much @katieledecky just won by. She is a goddess. pic.twitter.com/6zBpsDGmRI

This is a photo of @katieledecky racing 6 of the best swimmers in the world pic.twitter.com/w4MbJ7Coom

If Ledecky wins the 800-meter freestyle final on Friday, she will be the first female Olympian to win three individual freestyle gold medals at an Olympic Games since Debbie Meyer in 1968, the Times reported. 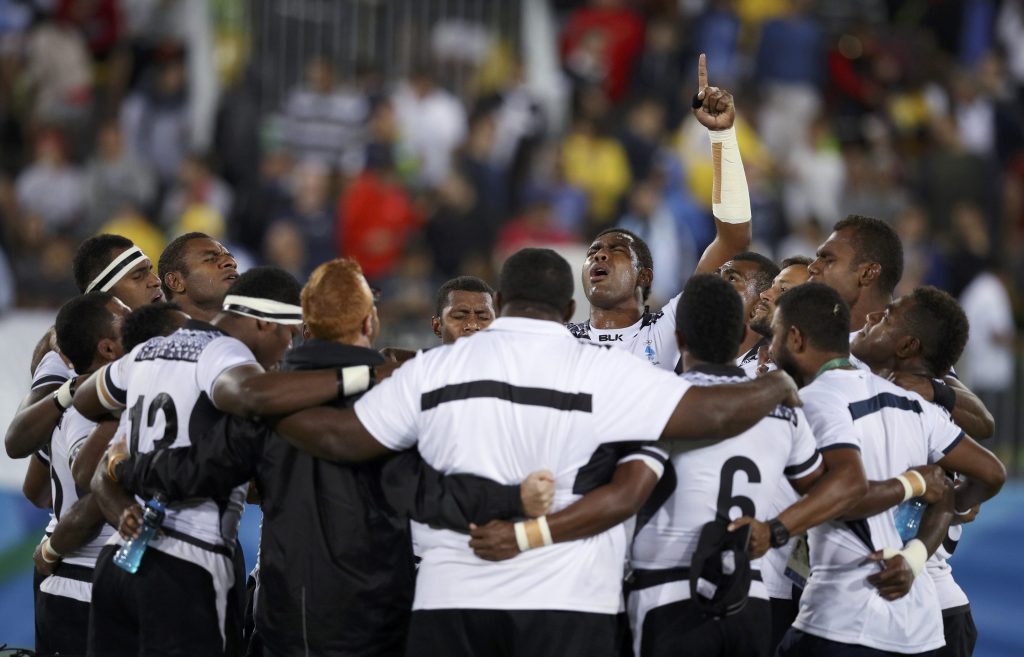 Fiji rugby players celebrate at the end of their match. Photo by Phil Noble/Reuters