Simone Manuel, who on Thursday became the first African-American woman to win a gold medal in an individual event in swimming, swam with Kathleen Baker, Lilly King and Dana Vollmer in the event.

“It really makes me think about all the generations of Olympic teams and athletes I watched and the inspiration that I have had,” Vollmer said.

The U.S. men’s team, which included Michael Phelps, also won the 4×100 medley relay, bringing his total medal count to 28. It was Phelps’ last event of the Rio Olympics. 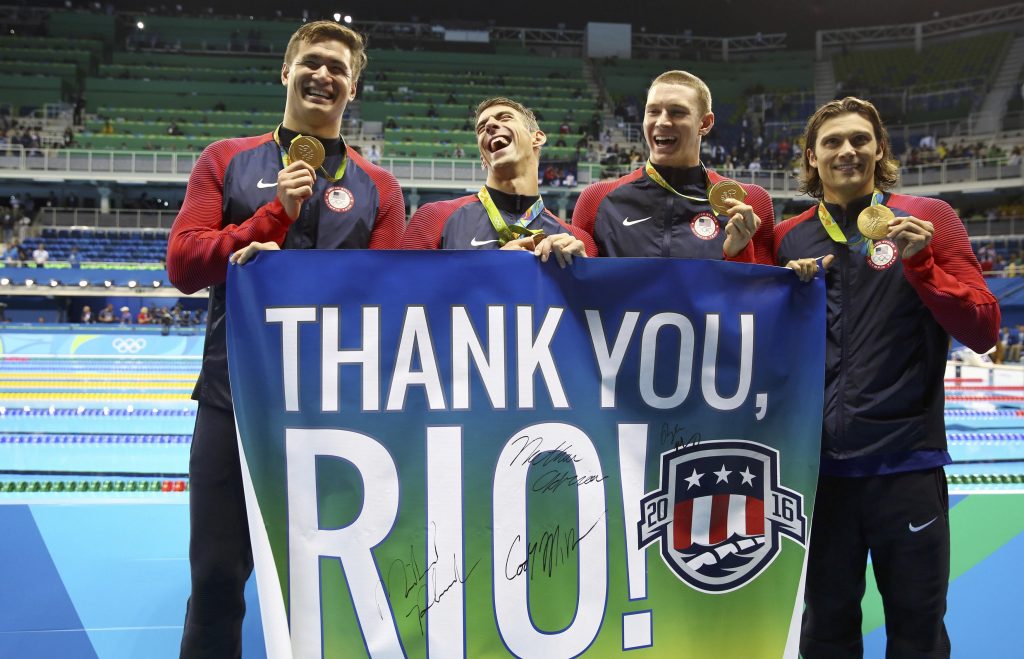 Hours before his final race, Phelps formally announced his retirement through Facebook Live. Phelps made a similar announcement in 2012, when he said he would retire after that year’s London games, but later decided to return for this year’s Olympics.

Teammate Ryan Lochte was skeptical about Phelps leaving swimming in an interview with NBC’s “Today.” In four years, “I guarantee he will be” at the Olympic Games in Tokyo, he said.

If Phelps remains in retirement, Saturday’s race concluded a 16-year Olympic career that started in 2000 when Phelps was only 15.

Ibtihaj Muhammad, the first U.S. athlete to compete in the Olympics while wearing a hijab, earned a bronze medal with the U.S. women’s team in the sabre fencing event.

“This is sport. It doesn’t matter what hair color you have, or what religion you are. The point is to go out there and be the best athlete you can be,” teammate Dagmara Wozniak said. “We’re the best explanation of what American is. A mix of so many different cultures and races, and everything all together.”

The U.S. team beat Italy 45-30. Russia, who dealt a loss to the U.S. during their quarterfinal match-up, topped Ukraine to win gold.

Rafael Nadal of Spain, who on Friday won a doubles gold, lost in a singles semifinal match against Juan Martin del Potro of Argentina. A bitter soccer rivalry between Brazil and Argentina played out during the tennis match, as Brazilian fans in attendance loudly backed the Spaniard, the Los Angeles Times reported. 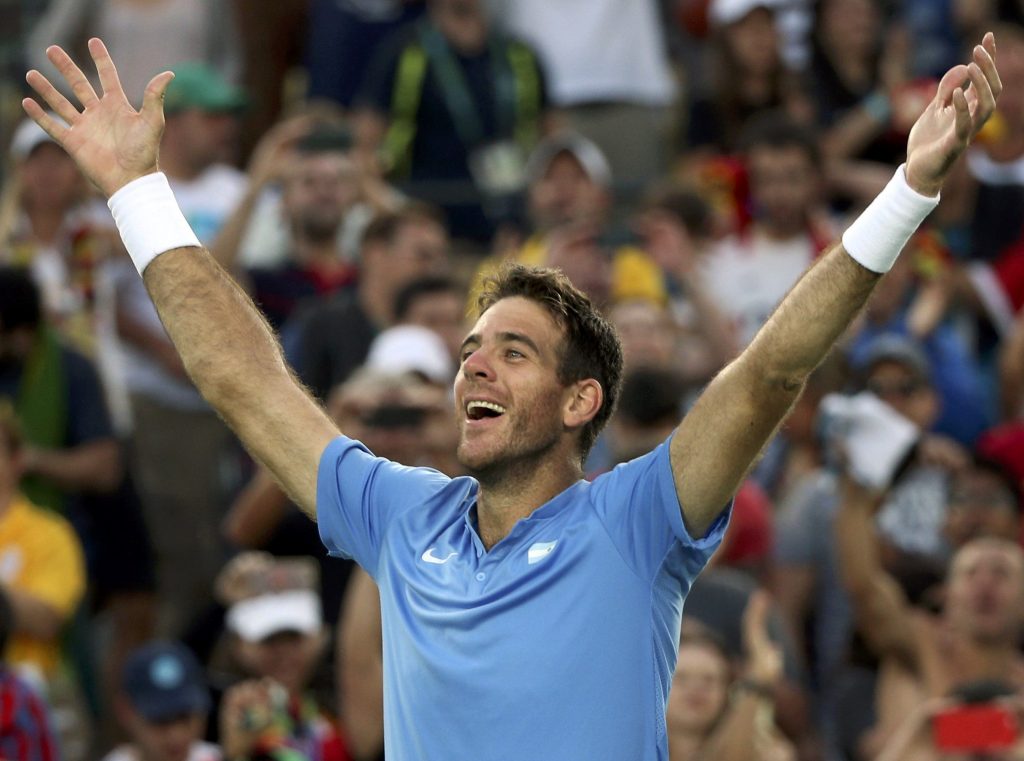 Argentina defeated Brazil in a basketball match that went into double overtime, ending 111-107. Tensions were high during the game, with The New York Times reporting that “verbal taunts were coming from both sides.” 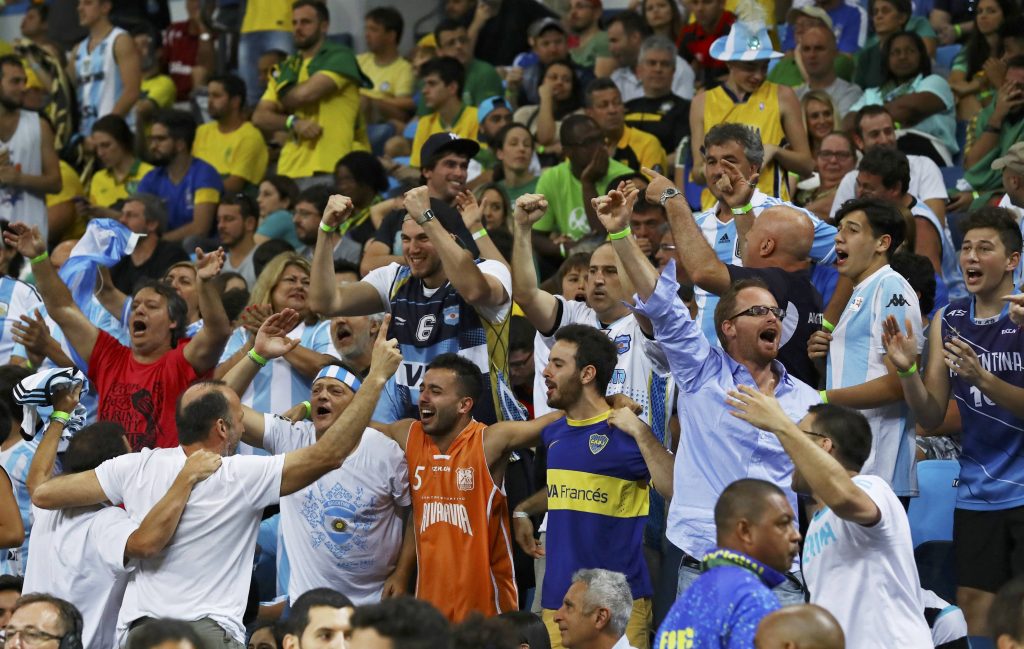 The Brazil men’s soccer team advanced to the quarterfinals after beating Colombia in a hotly contested match that featured five yellow cards and a shoving match at midfield.