Olympic highlights from Day 5: Japan’s ‘Superman’ is a legend, even if he won’t admit it

The U.S. team won gold by a large margin in women’s gymnastics on Tuesday, a rare feat in a sport often measured by tenths of a point.

On Wednesday night, the competition in the men’s gymnastics all-around came even closer. Japan’s Kohei Uchimura, a six-time world all-around champion, was behind Ukraine’s Oleg Verniaiev by nine-tenths of a point going into the final event of the night. It came down to both men’s performances on the horizontal bar.

Verniaiev’s score on the high bar was 15.033. Then Uchimura did better, earning a 15.766 score with a jaw-dropping routine. Watch the two performances below:

Oleg Verniaiev was ONE TENTH of a point away from winning a gold medal.https://t.co/8UlQsUiW6F https://t.co/FZPxEx5EIa 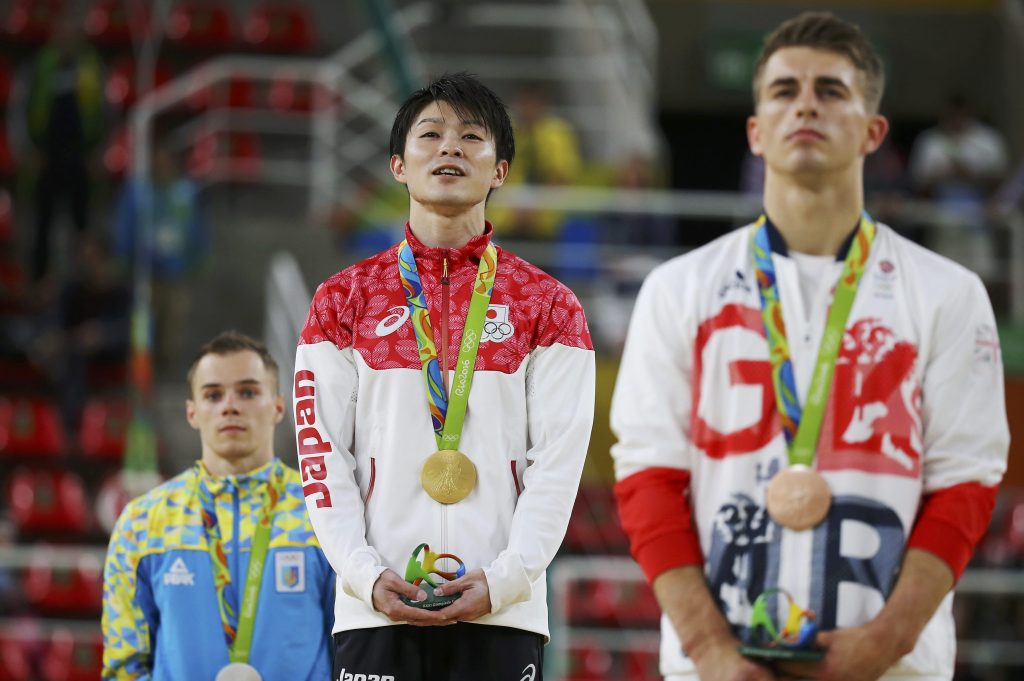 The 27-year-old gymnast had defended the gold medal he won four years ago in London, the first time in 44 years a gymnast has won the men’s all-around back-to-back, the Washington Post reported. Not to mention, Uchimura and the rest of the Japanese team won the men’s team gold on Monday, its first since 2004.

Uchimura is widely considered to be one of the greatest gymnasts of all time, an honor he has repeatedly rejected.

When BBC interviewed him in 2013, Uchimura namedropped Jamaican sprinter Usain Bolt as an inspiration.

“[Bolt] comes across all cool and says, ‘I am going to be a legend,’ and then he goes out and actually does it. I really admire that,” he told BBC.

BBC then suggested that Uchimura was a legend, too. He nervously laughed and said: “I can’t say that myself!” 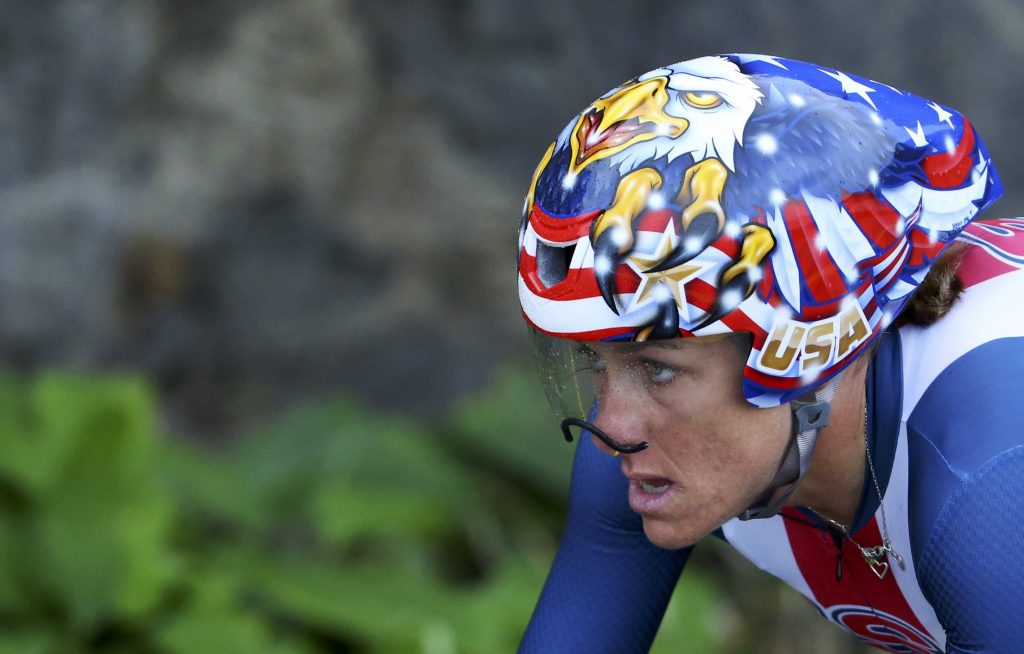 Cyclist Kristin Armstrong won her third consecutive gold medal in the individual road time trial. She made history as the first cyclist to win three titles in the same discipline, NPR reported. At 42, Armstrong is also the oldest female Olympic cyclist to win a gold medal, a topic she addressed shortly after her victory.

“I think that for so long we’ve been told that we should be finished at a certain age,” she said. “And I think that there’s a lot of athletes out there that are actually showing that that’s not true.” 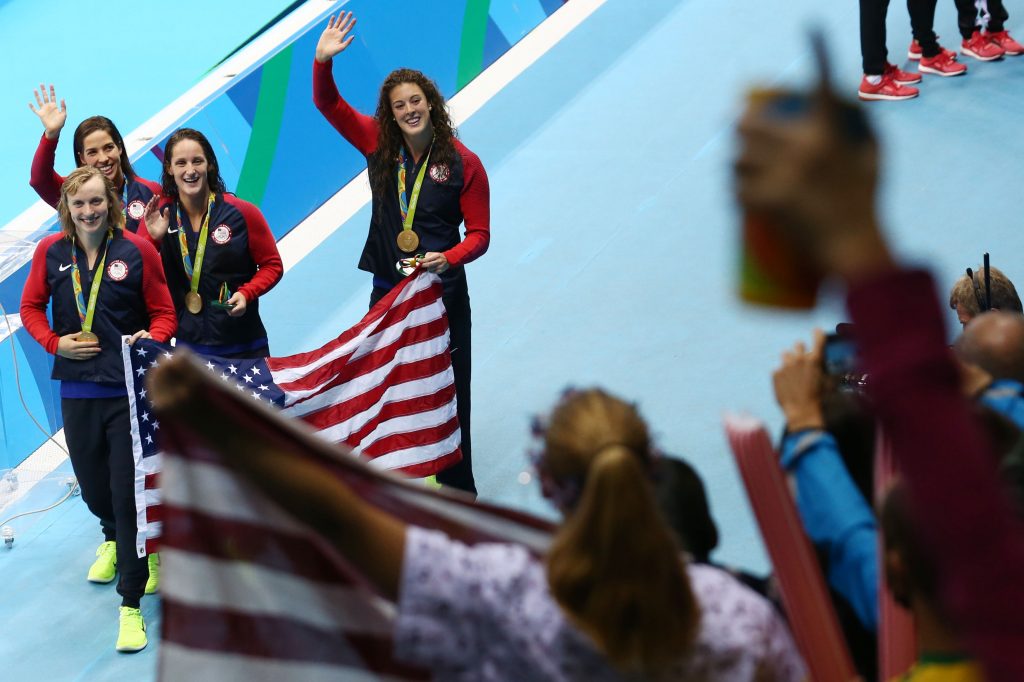 Katie Ledecky anchored the U.S. team in the 4×200 freestyle relay. The team won Wednesday “to the surprise of no one,” The New York Times reported. “Since the event became a part of the Olympics in 1996, the Americans have won five of six,” the Times reported. This was Ledecky’s third gold in the Rio Games.

With his latest medal count, American swimmer Michael Phelps has tied with a 2,000-year-old Olympic record, the Post reported. Not counting his relay gold wins, Phelps tied with Leonidas of Rhodes with 12 Olympic titles. He’ll have a chance to break that tie tonight in the 200 individual medley race. 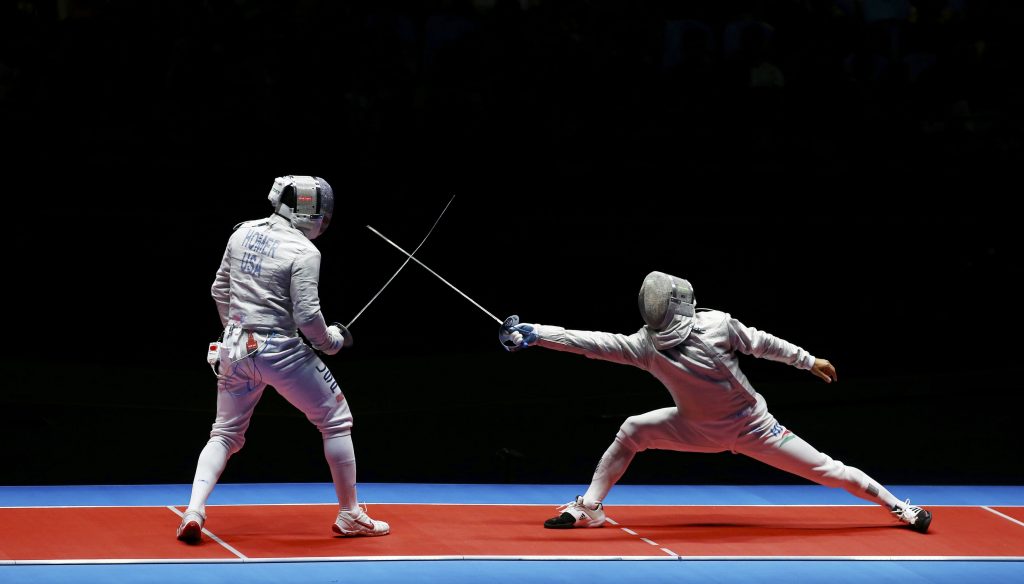 Even though Daryl Homer lost to Aron Szilagyi of Hungary in the men’s individual sabre, his silver medal means he became the first American to place second in the event in 112 years, USA Today reported. An American also hasn’t won an Olympic medal in the sport since Peter Westbrook took bronze in 1984.

It was an uneasy men’s basketball game to watch Wednesday, when Team USA trailed Australia at half time. Ultimately, the U.S. team won 98-88. That said, FiveThirtyEight argued that the basketball competition has gotten weaker over the years.

New England Patriots safety Nate Ebner took a leave of absence from NFL training camp to play in the men’s rugby sevens match against Brazil on Wednesday. The game, however, was a blowout. Coach Bill Belichick did wear a rugby shirt in honor of Ebner.

Left: Kohei Uchimura of Japan performs on the parallel bars during the men's individual all-around final at the Olympics. Photo by Mike Blake/Reuters