Prime Minister Shinzo Abe said that Japan would work with other nations to bring those responsible for Goto’s death to justice.

“I feel strong indignation at this inhumane and contemptible act of terrorism,” he said to reporters. “I will never forgive these terrorists.” 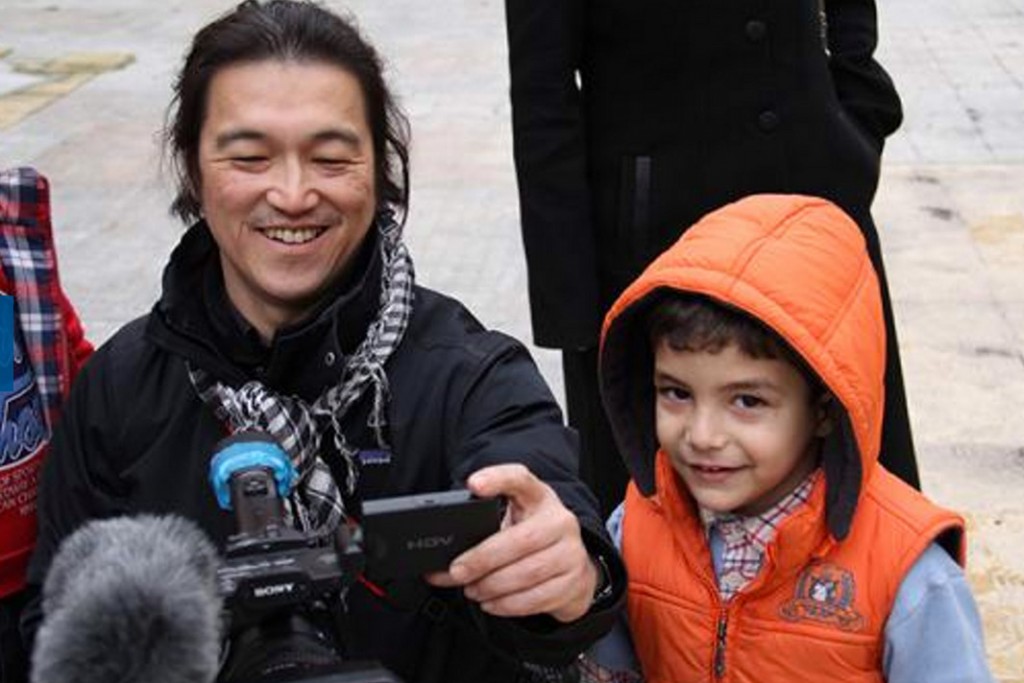 Japanese journalist Kenji Goto working in the field. The Japanese government is trying to authenticate a video posted online late Saturday which purports to show Goto’s execution at the hands of an ISIS militant. Photo courtesy of “I am Kenji” Facebook page

The Japanese government is trying to authenticate a video posted online late Saturday, which purports to show the beheading of Japanese journalist Kenji Goto.

“I cannot help feeling strong indignation that an inhuman and despicable act of terrorism like this has been committed again,” Chief Cabinet Secretary Yoshihide Suga told reporters.

Goto was the second of two Japanese hostages held in Syria by the Islamic State militant group. The group executed the first, 42-year-old Haruna Yukawa, on Jan. 24.

Photos of the video circulating on social media show Goto in an orange jumpsuit, kneeling before an ISIS member dressed in all black.

The hooded militant addressed Prime Minister Abe in the video, saying ISIS was acting because of Japan’s “reckless decision to take part in an unwinnable war,” Reuters reported. 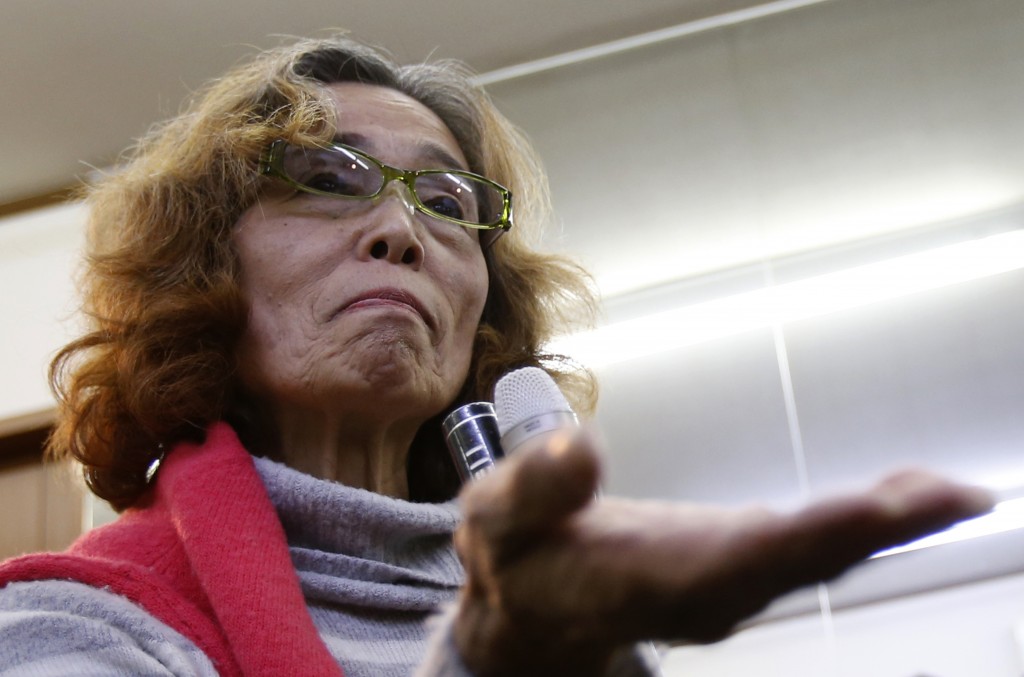 Junko Ishido spoke to reporters at her house in Tokyo on Jan. 30. REUTERS/Yuya Shino

Goto’s mother, Junko Ishido, last spoke to reporters on Friday and appealed for the release of her son. In a statement released ahead of the press conference, she said:

“I apologize deeply from my heart regarding the trouble Kenji has been causing. I have been utterly saddened and in tears for the past three days. It is beyond my power to express.

Kenji was a child with a kind heart since he was small. Kenji always used to say that he ‘wanted to save the lives of children in war zones.’ He has been fair in reporting about the war. To the people of Islamic State: Kenji is not an enemy of Islamic State. Please release him.”

On Saturday, the White House said Washington “strongly condemns” the militant group’s actions and is also working to confirm the video’s authenticity.

In a statement, National Security Council Spokesperson Bernadette Meehan acknowledged the video and said, “We call for the immediate release of all remaining hostages. We stand in solidarity with our ally Japan.”