ISLAMABAD (AP) — Pakistan’s prime minister threw the country into political limbo on Sunday, accusing the United States of attempting to oust him and cancelling a no-confidence vote he was poised to lose. He then ordered the National Assembly dissolved so new elections can be held.

The moves by Imran Khan appeared to trigger a constitutional crisis: Pakistan’s Supreme Court must rule on their legality, but it adjourned until Monday and gave no indication when the matter would be settled. In Pakistan, the Muslim holy month of Ramadan has just begun.

The dramatic episode was the latest in an escalating dispute between Khan and parliament, after defectors within his own party and a minor coalition partner joined the opposition and attempted to oust him from power. It was unclear on Sunday where the powerful military — which has directly ruled Pakistan for more than half of its 75-year history — stood in the fray.

The former cricket star turned conservative Islamic leader sought to justify the measures by accusing the United States of trying to overthrow his government. His Information Minister Fawad Chaudhry accused the opposition of collusion with a foreign power when he successfully filed the motion to the deputy speaker of parliament to throw out the vote. 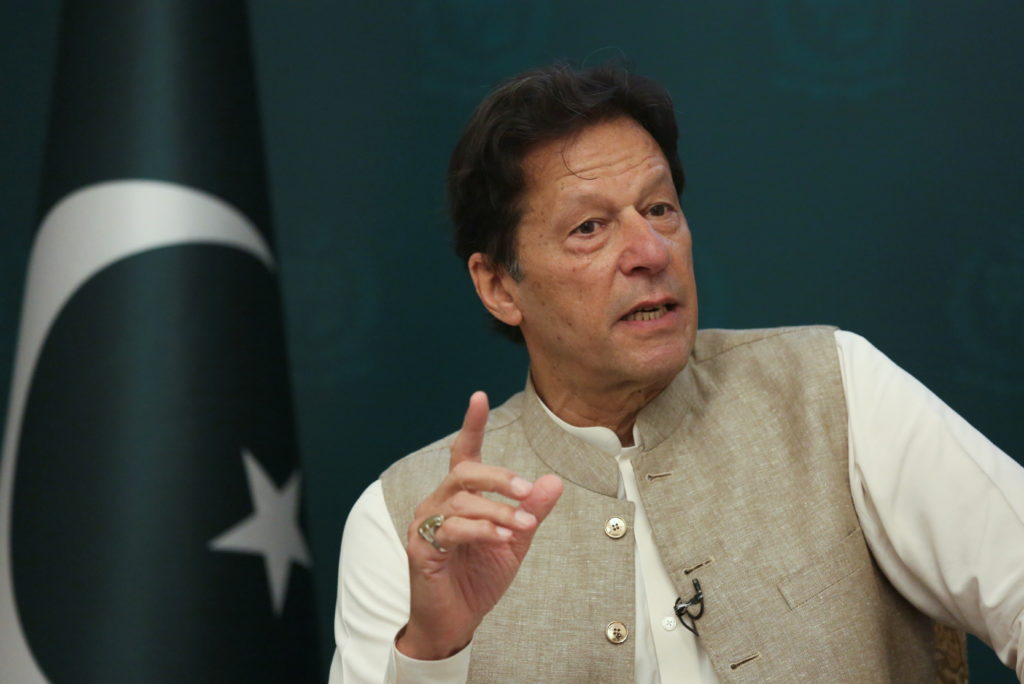 The opposition, which accuses Khan of mismanaging the economy, arrived in Parliament ready to vote Khan out of power, and say they have the simple majority of 172 votes in the 342-seat assembly to do so.

Khan, who was not in Parliament on Sunday, went on national television to announce he was submitting the dissolution request, which President Arif Alvi later executed.

“I ask people to prepare for the next elections. Thank God, a conspiracy to topple the government has failed,” Khan said in his address. According to Pakistan’s constitution, an interim government inclusive of the opposition will now see the country toward elections held within 90 days.

In the capital Islamabad, security forces braced for the worst, locking down much of the city as a defiant Khan called for supporters to stage demonstrations countrywide. Giant metal containers blocked roads and entrances to the capital’s diplomatic enclave, as well as Parliament and other sensitive government installations.

Khan has accused the opposition of being in cahoots with the United States to unseat him, saying America wants him gone over his foreign policy choices that often favor China and Russia. Khan has also been a strident opponent of America’s war on terror and Pakistan’s partnership in that war with Washington.

Khan has circulated a memo which he insists provides proof that Washington conspired with Pakistan’s opposition to unseat him because America wants “me, personally, gone … and everything would be forgiven.” He offered no concrete evidence of US interference.

Political chaos also spread to Punjab — the country’s largest province — which is set to vote for a new chief minister. Khan’s favored candidate faced a tough challenge, and his opponents claimed they had enough votes to install their own ally. After a scuffle between lawmakers, the provincial assembly was adjourned until April 6 without any vote.

Pakistan’s main opposition parties — a mosaic of ideologies from leftists to the radically religious — have been rallying for Khan’s ouster almost since he was elected in 2018. Then, his win was mired in controversy and widespread accusations that the army helped his Pakistan Tehreek Insaf (Justice) Party to victory.

Asfandyar Mir, a senior expert with the Washington-based U.S. Institute of Peace, said the military’s involvement in the 2018 polls undermined Khan’s legitimacy from the outset.

“The movement against Imran Khan’s government is inseparable from his controversial rise to power in the 2018 election, which was manipulated by the army to push Khan over the line,” said Mir. “That really undermined the legitimacy of the electoral exercise and created the grounds for the current turmoil.” 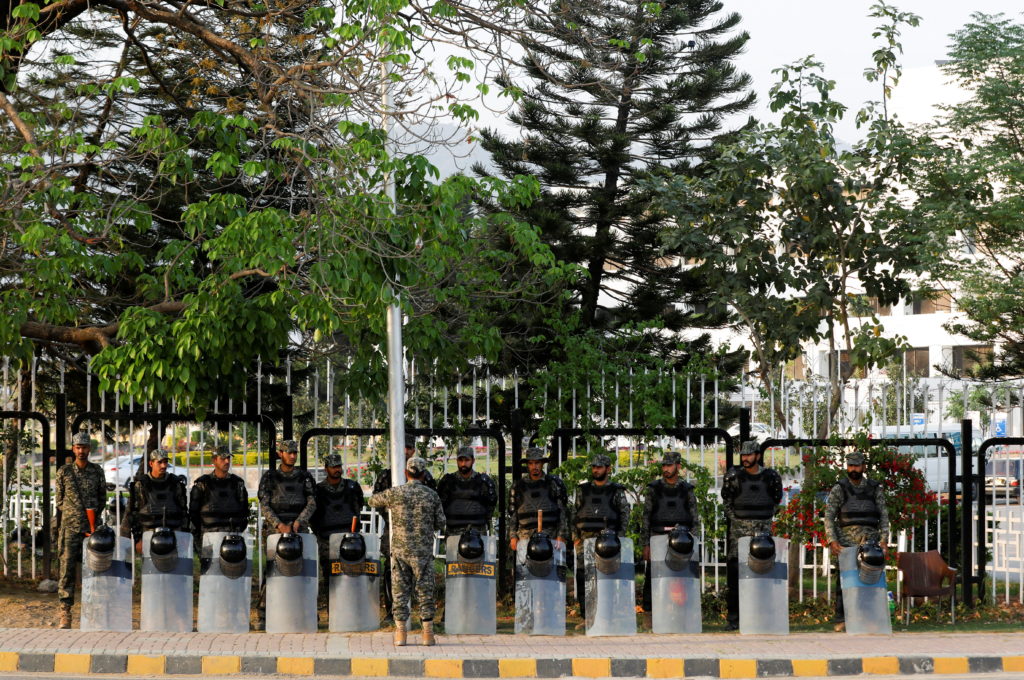 Pakistan’s military has a history of overthrowing successive democratically elected governments and indirectly manipulating others from the sidelines.

The opposition also blames Khan for high inflation that’s hitting households. But his government is also credited with maintaining a foreign reserve account of $18 billion, bringing in a record $29 billion last year from overseas Pakistanis.

Khan’s anti-corruption reputation is credited with encouraging expatriate Pakistanis to send money home. His government has also received international praise for its handling of the COVID-19 crisis and implementing so-called “smart lockdowns” rather than countrywide shutdowns. As a result, several of Pakistan’s key industries, such as construction, have survived.

Khan’s leadership style has often been criticized as confrontational.

“Khan’s biggest failing has been his insistence on remaining a partisan leader to the bitter end,” said Michael Kugelman, deputy director of the Asia Program at the Washington-based Wilson Center.

“He hasn’t been willing to extend a hand across the aisle to his rivals,” said Kugelman. “He’s remained stubborn and unwilling to make important compromises. As a result, he’s burned too many bridges at a moment when he badly needs all the help he can get.”

Khan’s insistence there is U.S. involvement in attempts to oust him exploits a deep-seated mistrust among many in Pakistan of U.S. intentions, particularly following 9/11, said Mir.

Washington has often berated Pakistan for doing too little to fight Islamic militants, even as thousands of Pakistanis have died at their hands and the army has lost more than 5,000 soldiers. Pakistan has been attacked for aiding Taliban insurgents while also being asked to bring them to the peace table.

“The fact that it has such easy traction in Pakistan speaks to some of the damage U.S. foreign policy has done in the post 9/11 era in general and in Pakistan in particular,” said Mir. “There is a reservoir of anti-American sentiment in the country, which can be instrumentalized easily by politicians like Khan.”

Left: Pakistani lawmakers of the united opposition walk towards the parliament house building to cast their vote on a motion of no-confidence to oust Prime Minister Imran Khan, in Islamabad, Pakistan April 3, 2022. Photo by Akhtar Soomro/Reuters.