What do restaurants, gunpowder and paper money have in common? They were all invented in China. The Chinese are known for their brilliant inventions. And that innovative spirit extends beyond factory floors and laboratories to the hands and brains of amateur engineers who rely on scrap metal and discarded glass to produce floating bicycles, suitcase cars and rickshaw pulling robots. Here’s a look at some of the weird and wonderful inventions hailing from China. 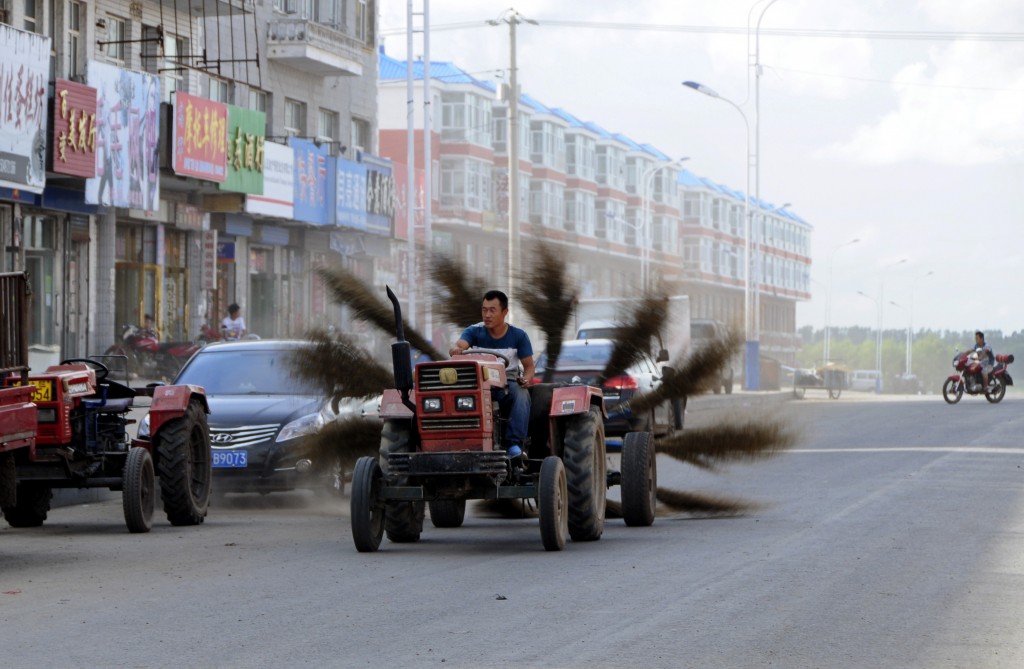 A man drives a tractor with 12 brooms tied in the rear, as he tries to clean a dusty road in Mohe, Heilongjiang province in China. Photo by Reuters/Stringer. 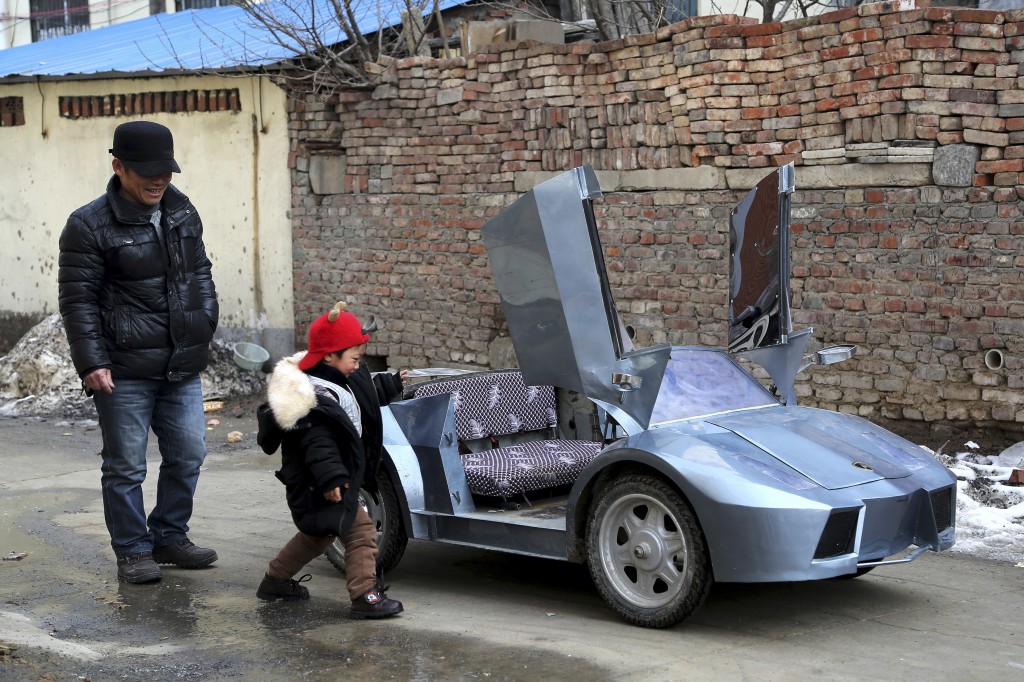 Guo, left, a farmer in his 50s, looks on as his grandson gets on a scaled replica of a Lamborghini made by Guo, on a street in Zhengzhou, Henan province in China. Guo spent six months and about 5,000 yuan, or $821, to make the 2-meter-long, 1 meter-wide “Lamborghini” as a toy for his grandson. Guo built the replica out of scrap metal and electric bicycle parts. He installed five sets of batteries, enabling the toy car to travel nearly 40 miles when fully charged, Chinese media reported. Photo by Reuters/China Daily. 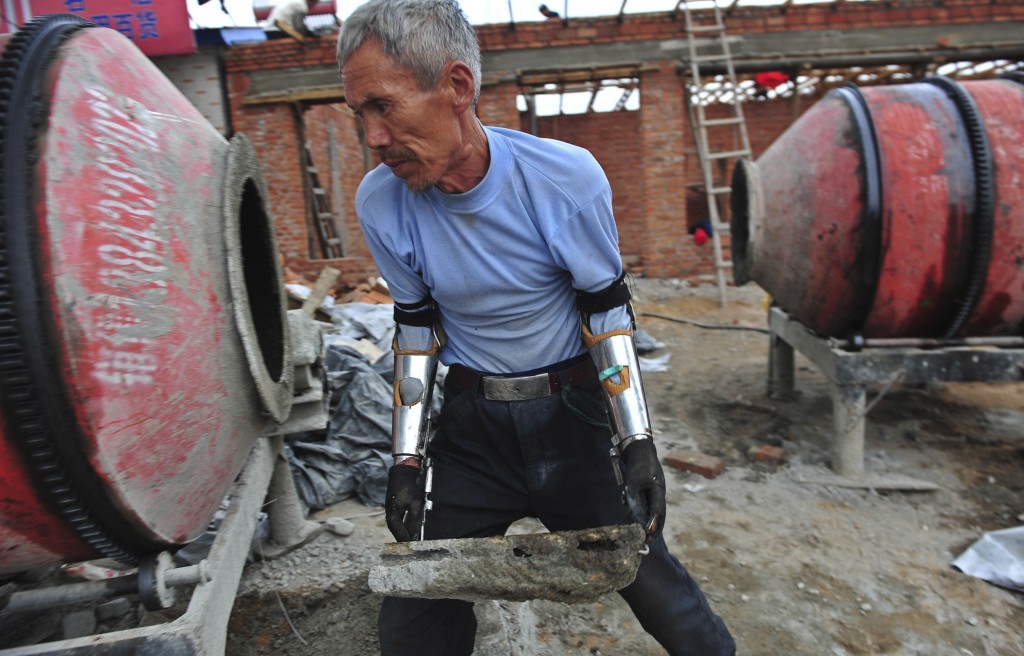 Chinese farmer Sun Jifa carries a brick to construct his new house in Yong Ji county, Jilin province. While fishing with dynamite 32 years ago, Sun lost both of his forearms in an accident, and prosthetic arms were unaffordably expensive. For two years, he told his nephews how to build him prothetic arms out of scrap metal and bits of plastic and rubber. Since the accident, they have built about 300 prosthetic limbs that they sell for nearly $500 each. Photo by Reuters/Sheng Li. 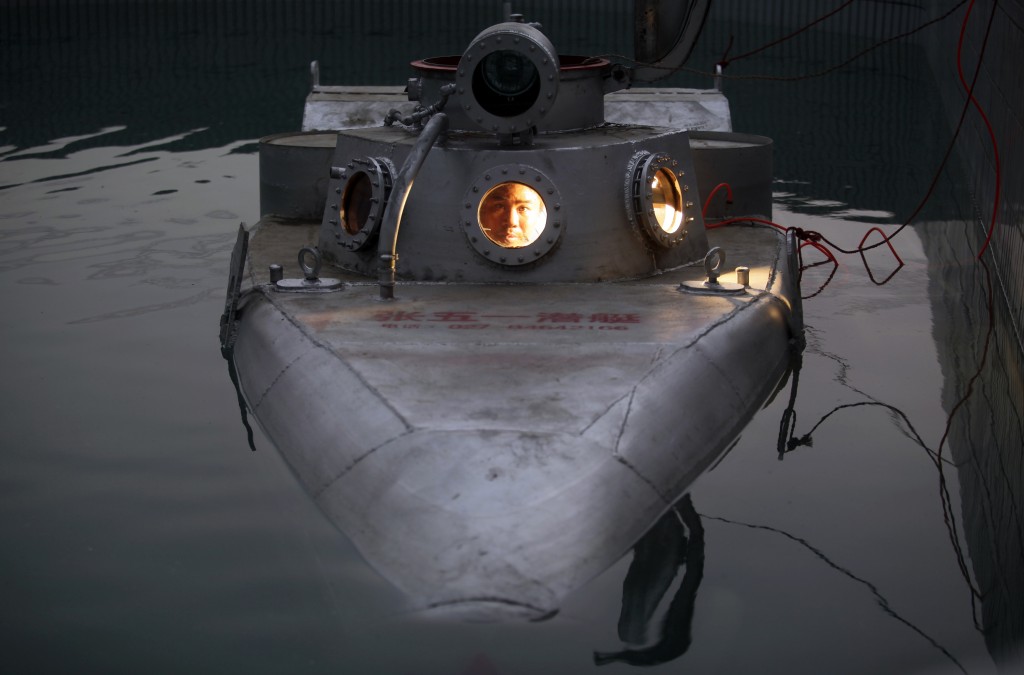 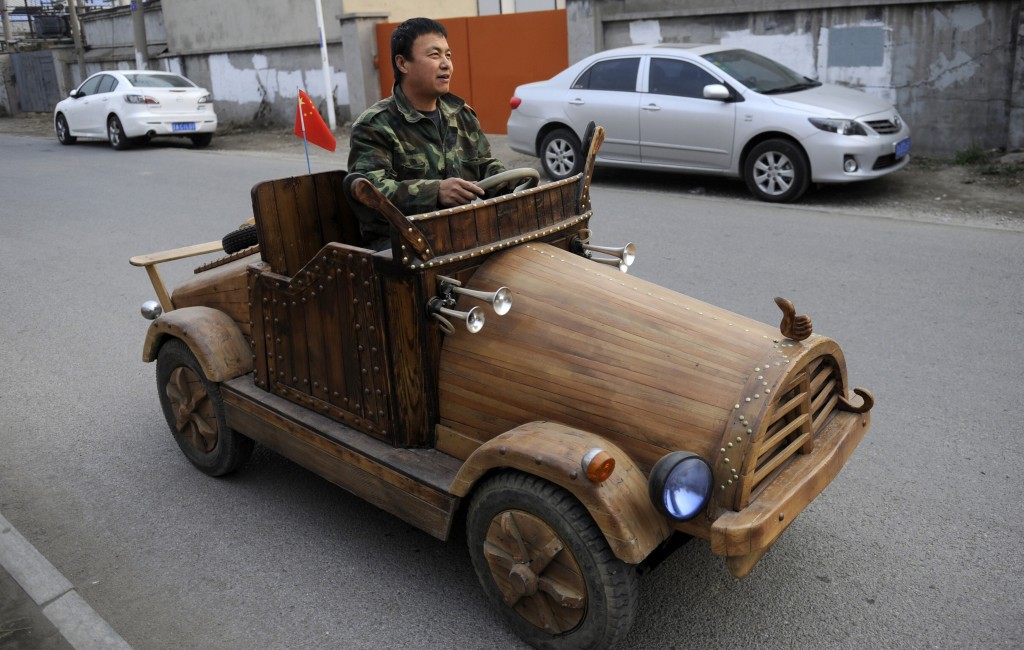 Liu Fulong takes his homemade wooden electronic vehicle for a drive in Shenyang, Liaoning province. The wood car weighs more than 400 pounds and can drive up to nearly 20 miles per hour, according to Chinese media. Photo by Reuters/China Daily. 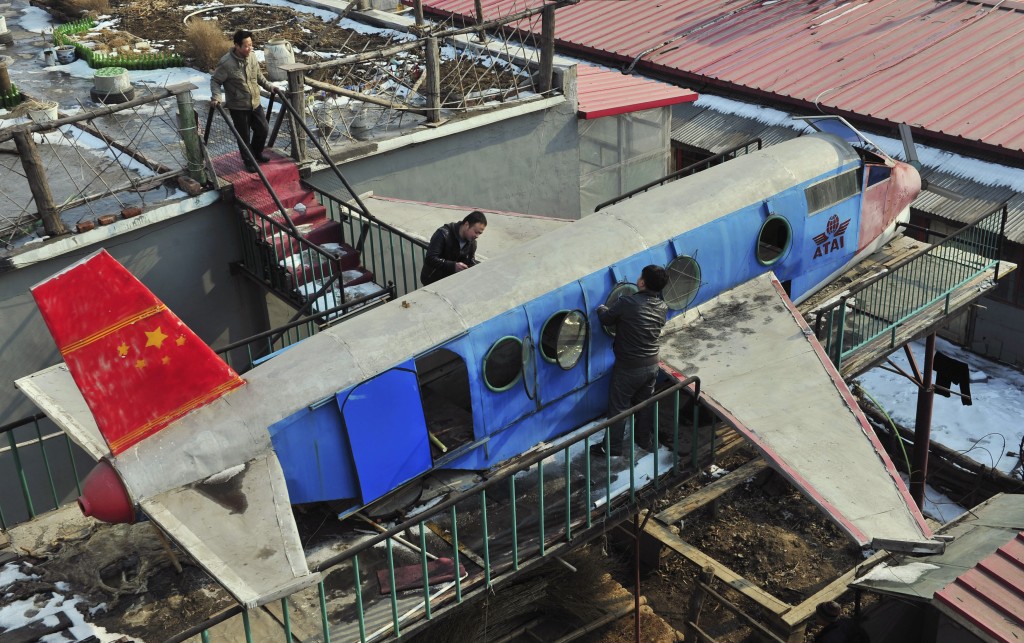 Farmer Li Jingchun, 58, (top) oversees his family working on the homemade aircraft that he keeps on the roof of his house in Xiahe village near Shenyang, Liaoning province. The aircraft is about 25 feet long and is made out of recycled iron plates. Chinese media reported that the aircraft has cost Li and his family more than $6,000 over two years. Photo by Reuters/Sheng Li 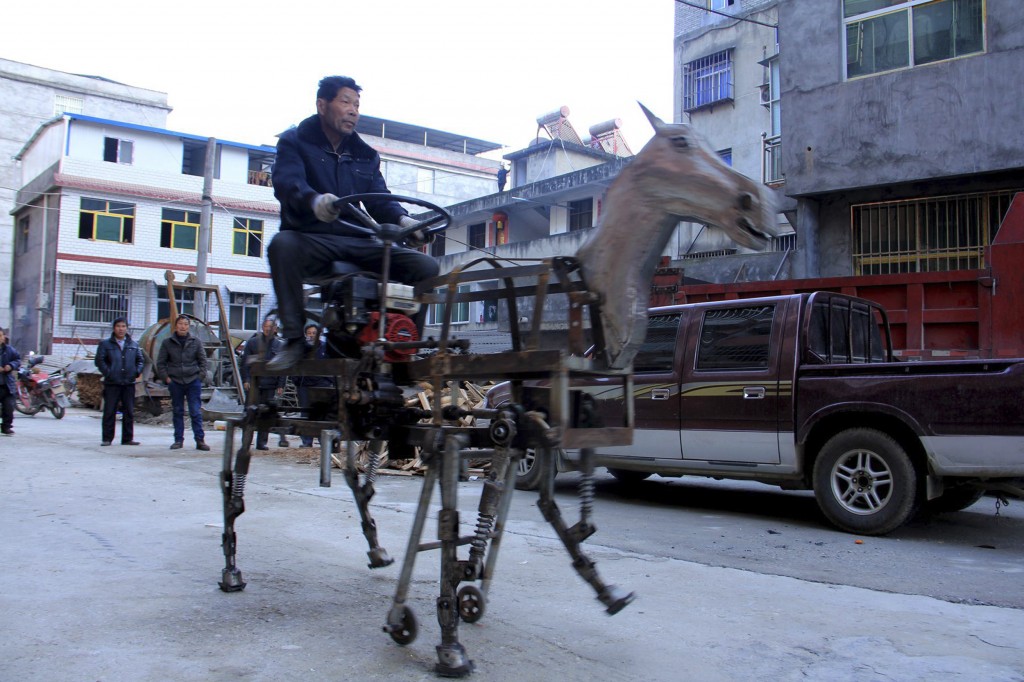 Su Daocheng rides the mechanical horse that he built on a street in Shiyan, Hubei province. Su’s robotic horse stands about as tall as an adult human, weighs more than 550 pounds and is the result of two months of work, Chinese media reported. Photo by Reuters/Stringer. 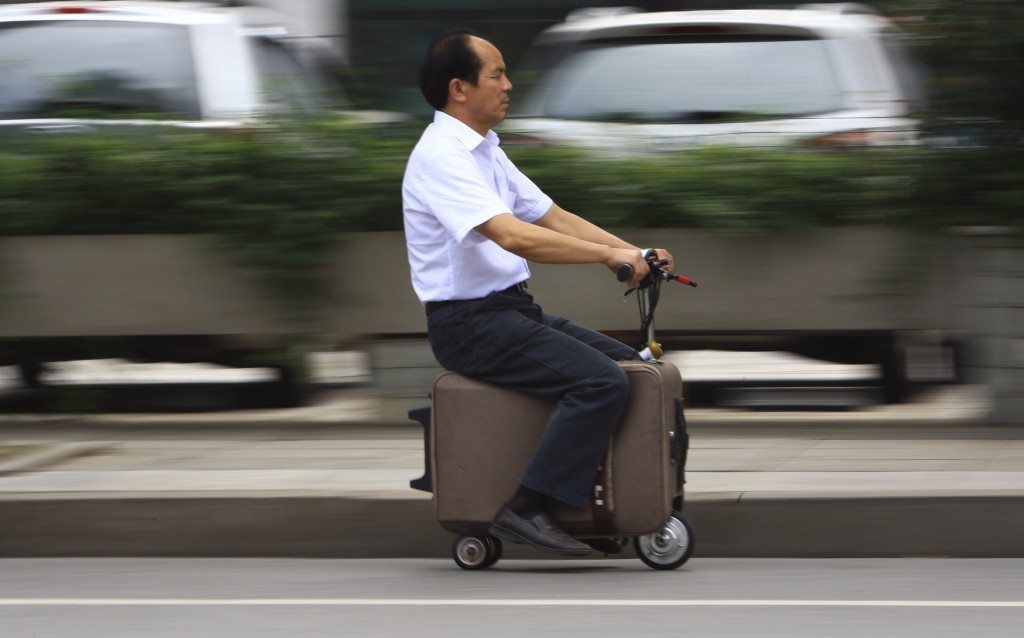 He Liang rides the suitcase vehicle that he spent 10 years perfecting along a street in Changsha, Hunan province. The tiny car can go as fast as 12 miles per hour and as far as 37 miles on a single battery charge, Chinese media reported. Photo by Reuters/China Daily. 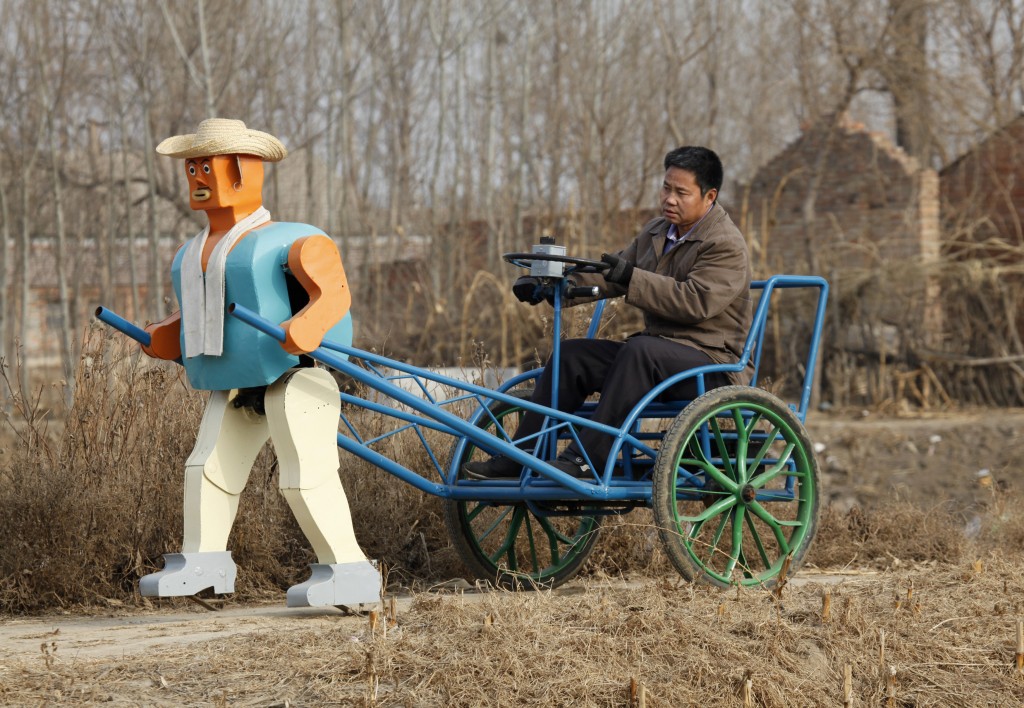 A walking robot pulls the rickshaw of farmer and amateur inventor Wu Yulu near his village outside Beijing. Wu began building robots nearly three decades ago, using items such as wire, scrap metal and debris that he found discarded in the trash. Photo by Reinhard Krause. 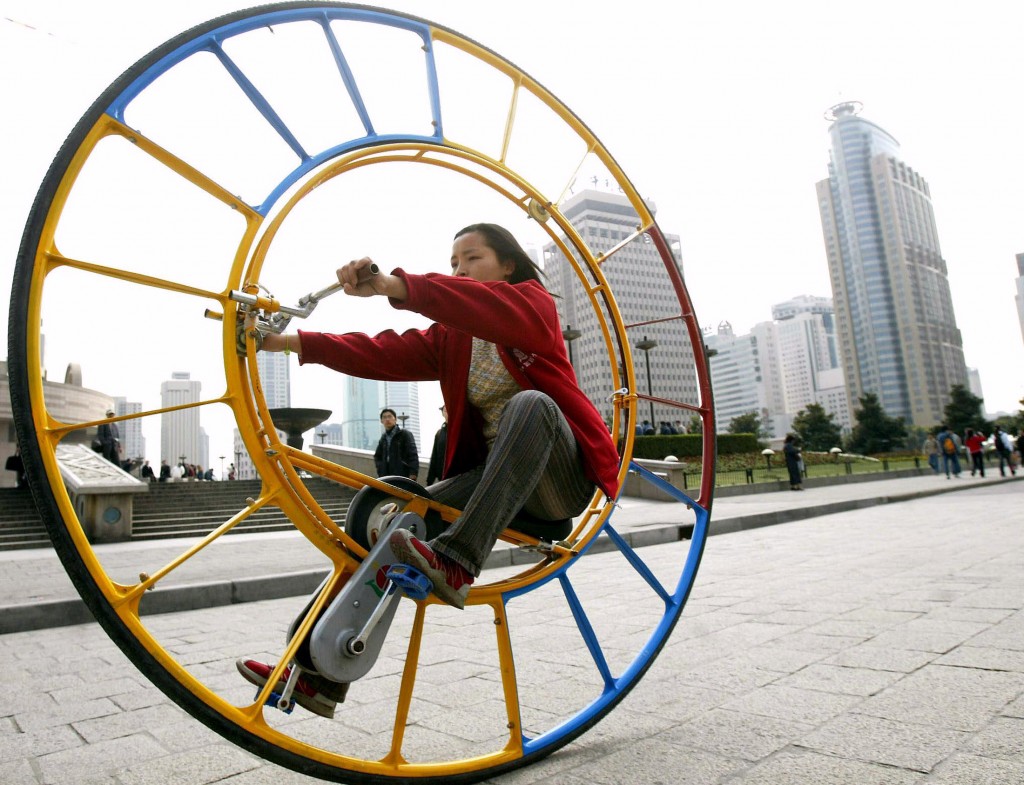 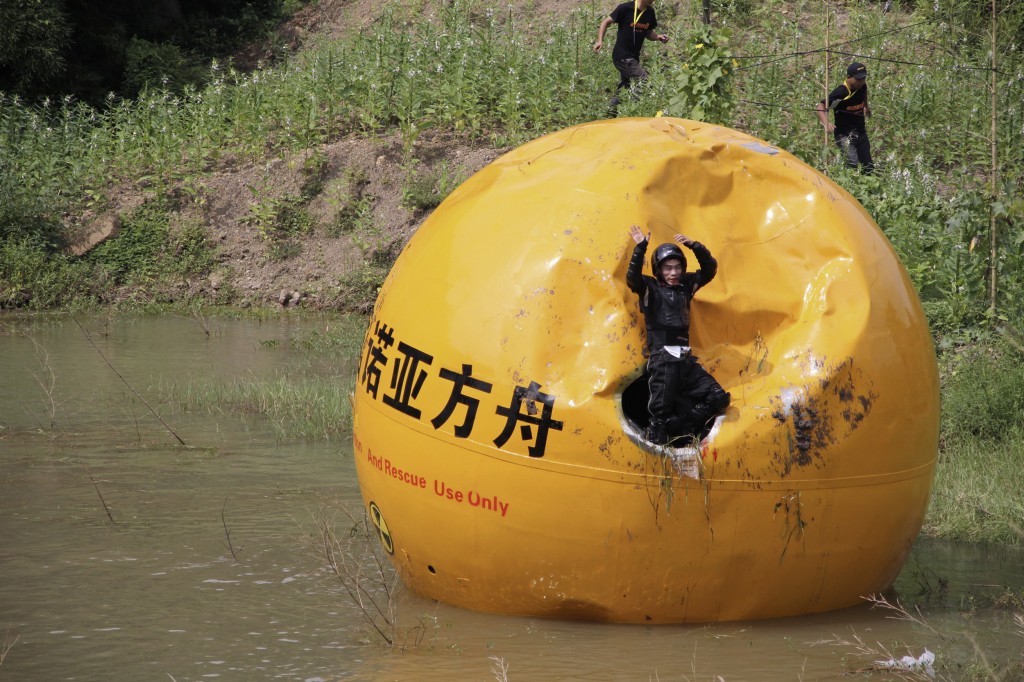 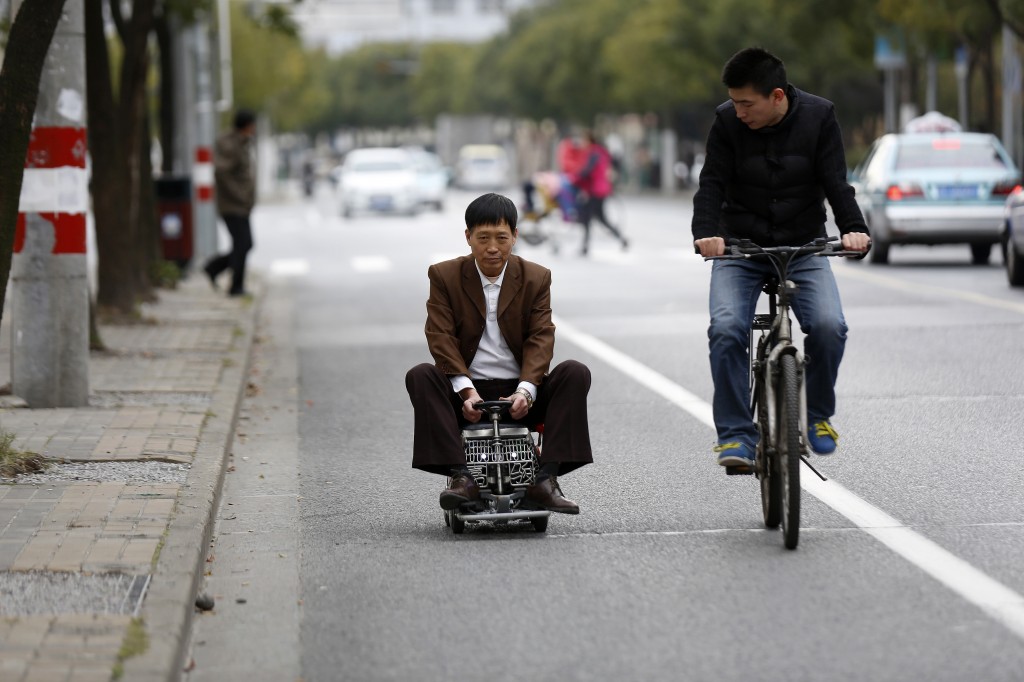 Xu Zhiyun, 60, drives the pocket-sized vehicle along a street in Shanghai, a vehicle that he invented after two years of work. The vehicle is about the size of a briefcase and contains an engine and five gears. Photos by Reuters/Aly Song. 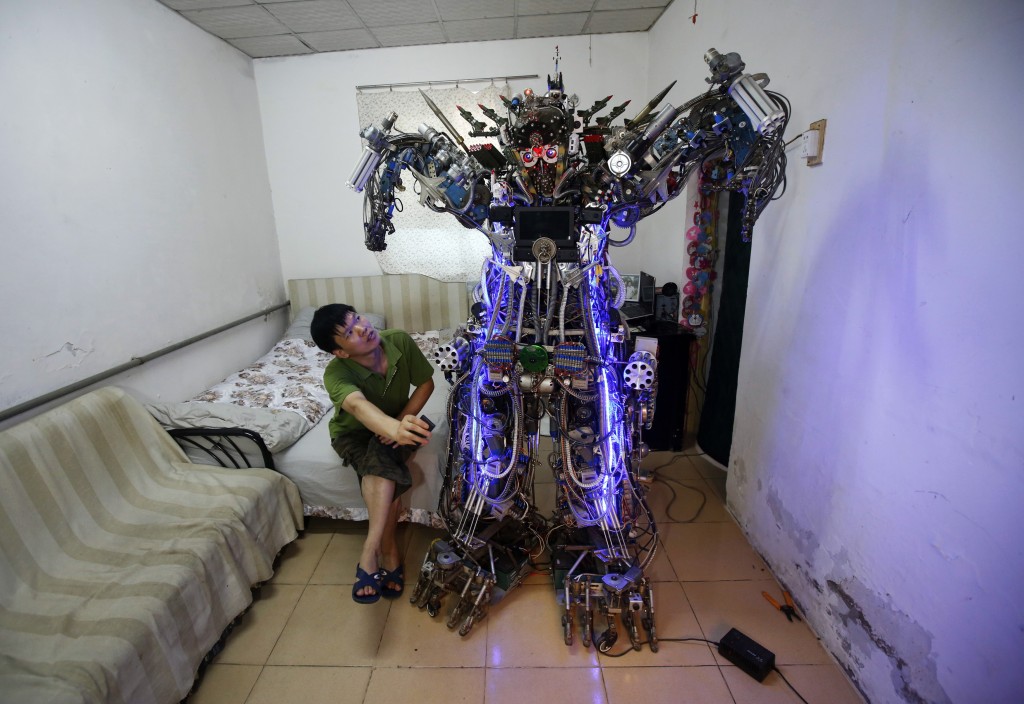 Chinese inventor Tao Xiangli uses a remote control to give commands to the robot, which he built out of scrap metal and wires and named “The King of Innovation,” in his Beijing home. It took Tao less than one year to build the $49,000 robot, which stands nearly seven feet tall and weighs more than half a ton. On command, the massive robot moves its hands and legs and can mimic the sound of human voice. Photo by Reuters/Kim Kyung-Hoon. 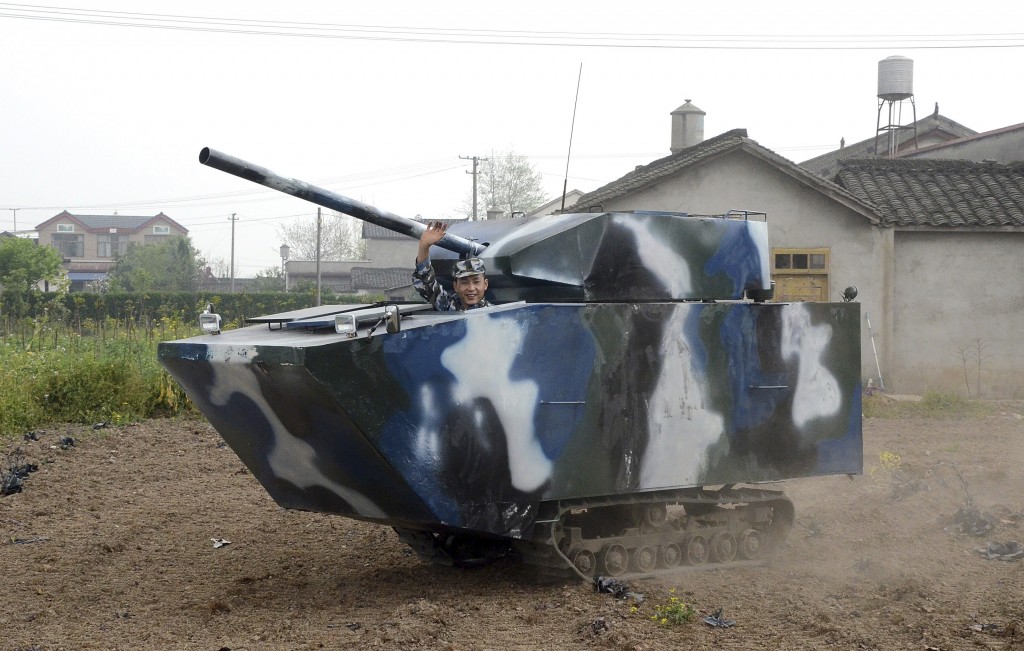 Farmer and former member of the Chinese navy, Jian Lin, 31, drives a tank that he built in a village in Mianzhu, Sichuan province. The 15-foot-long tank weighs almost three tons and cost more than $6,000 to build, Chinese media reported. Photo by Reuters/stringer.

Left: Liu Wanyong, 52, treads water while pedaling on his invention, a bicycle that stays afloat thanks to a pair of white plastic tubes, in Zhenning, Guizhou province in China. Photo by Reuters/Stringer.