Even as widespread fears of the Zika virus hang heavy over Brazil–the world’s worst affected country–the annual Carnival festival was in full swing over the weekend as revelers kept the spirited tradition alive.

The festival, which began on Friday and lasts through Wednesday, involves five days of parades and street parties, bringing together millions of partygoers.

“What’s interesting about Carnival is that at the very core the philosophy is, forget your troubles and party like there is no tomorrow,” NewsHour Science Correspondent Miles O’Brien said from Recife, Brazil on Friday. “That’s how the Brazilians view it and that’s why in most cases the party has gone on.”

Officials say as many as 100,000 people may have been exposed to the virus in the city of Recife, which has become known as the epicenter of the Zika outbreak, although symptoms are often mild or undetectable.

“I talked to a lot of public health officials and doctors and scientists who have been involved in this hunt for some action and some way to control the Zika outbreak, and many of them express misgivings about it, frankly, but the show is going on,” O’Brien said. 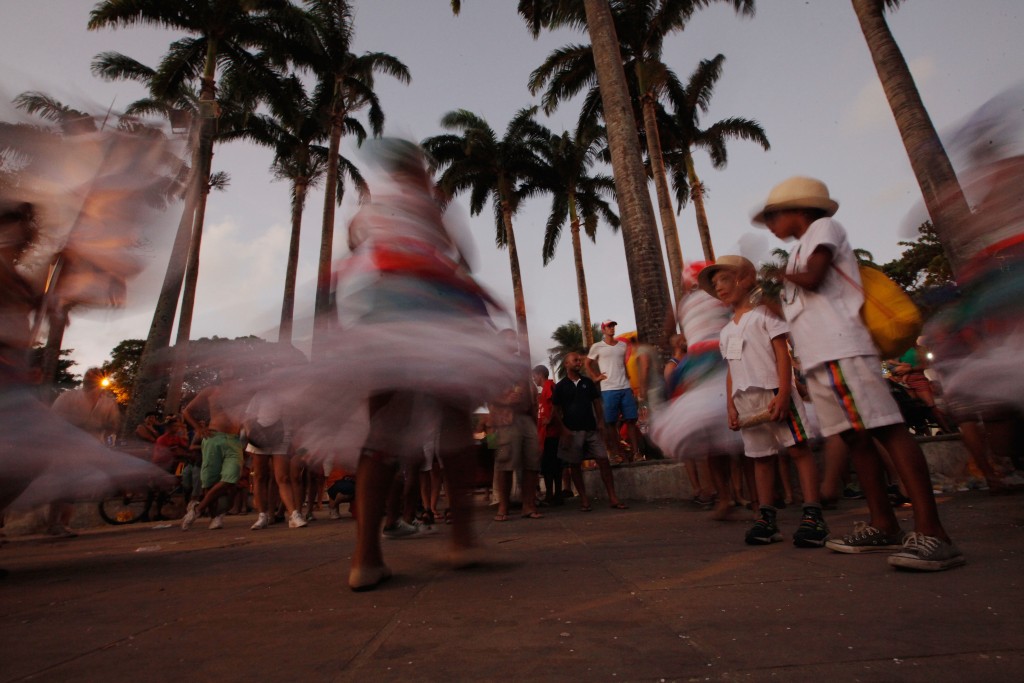 Dancers are blurred in a long exposure during Carnival celebrations on February 6, 2016 in Olinda, Pernambuco state, Brazil. Photo by Mario Tama/Getty Images 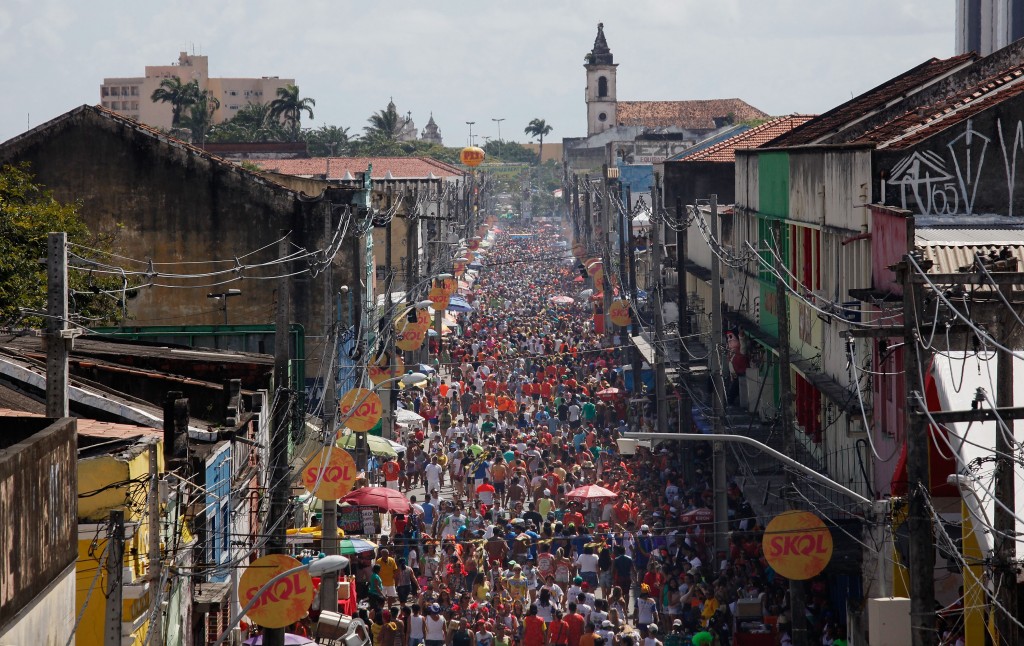 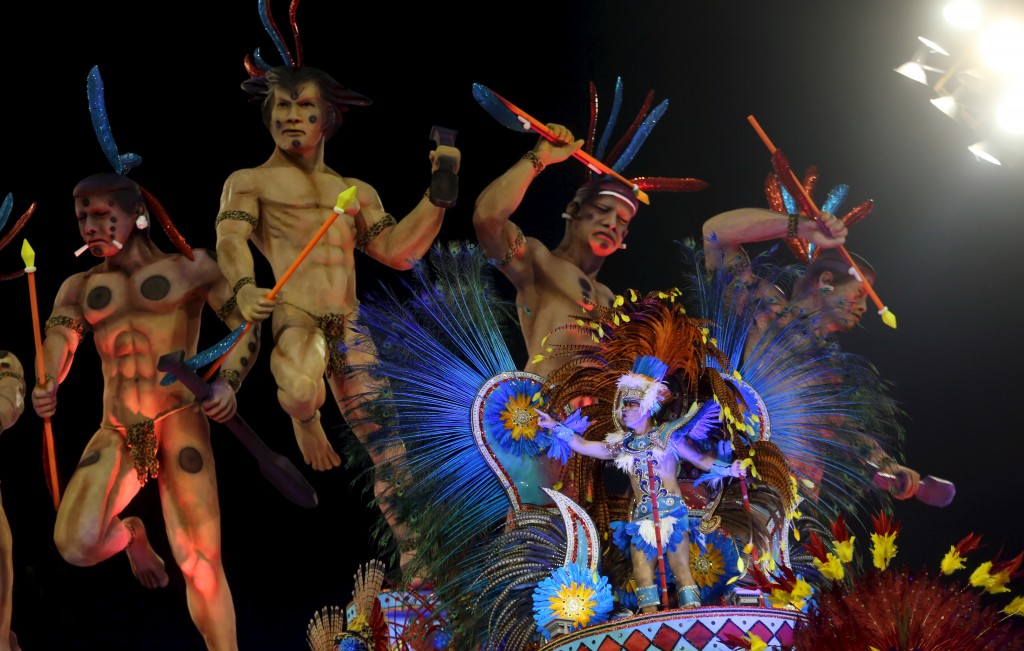 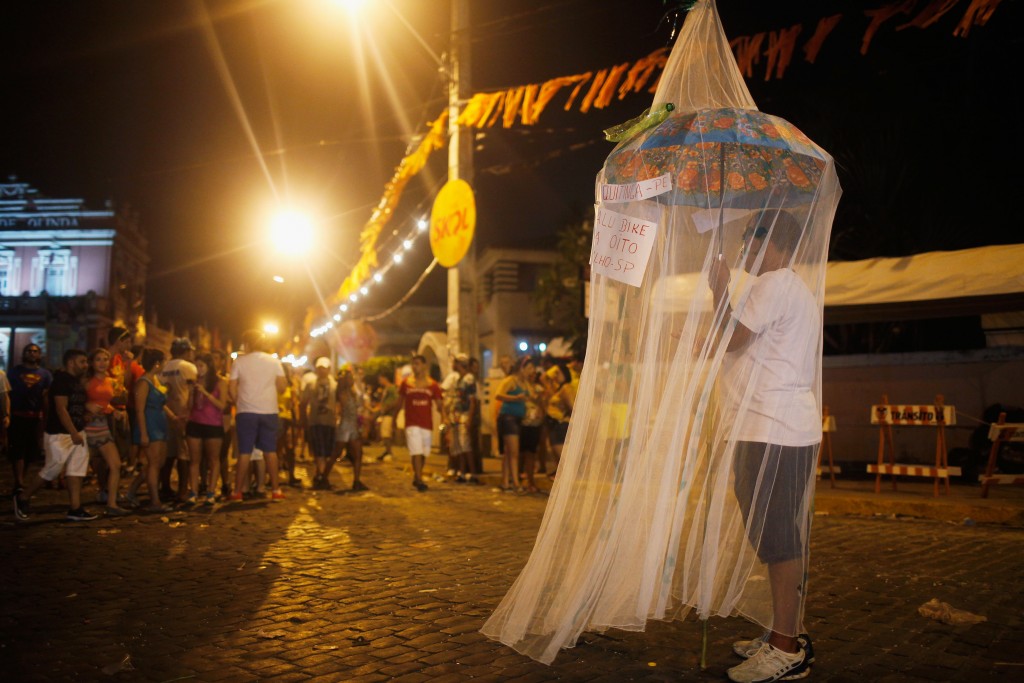 A reveller stands beneath a mosquito net, as a satirical costume, during Carnival celebrations on February 6, 2016 in Olinda, Pernambuco state, Brazil. Photo by Mario Tama/Getty Images 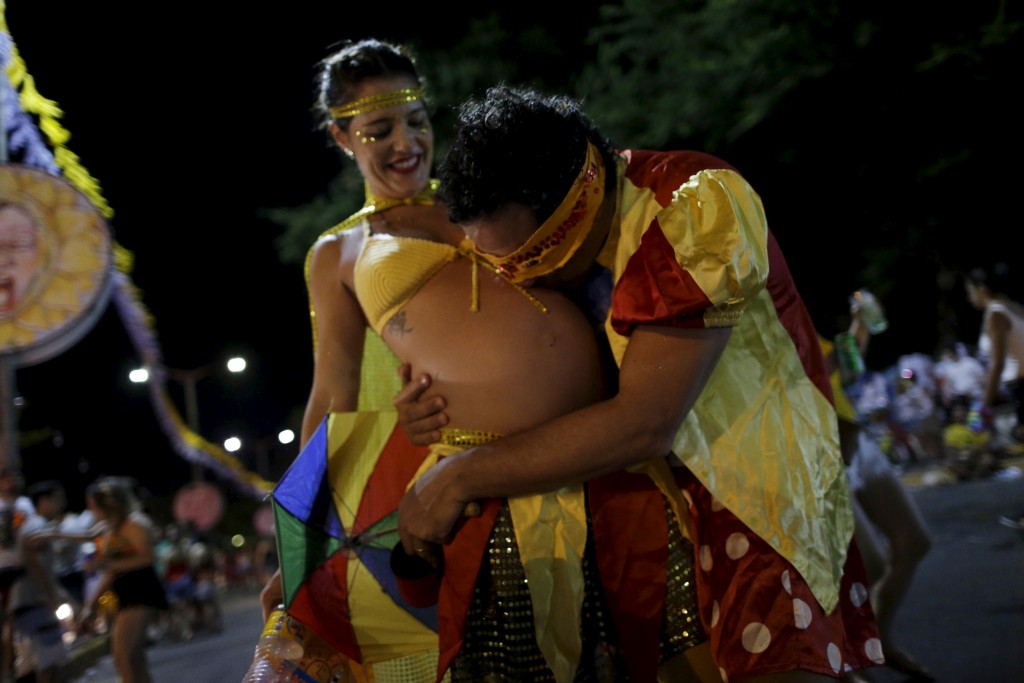 Henrique kisses his wife Paula, who is seven months pregnant, during an annual block party known as “Eu Acho e pouco” (I think it is little) one of the many carnival parties to take place in the neighbourhoods of Olinda, Brazil February 6, 2016. Photo by Ueslei Marcelino/Reuters 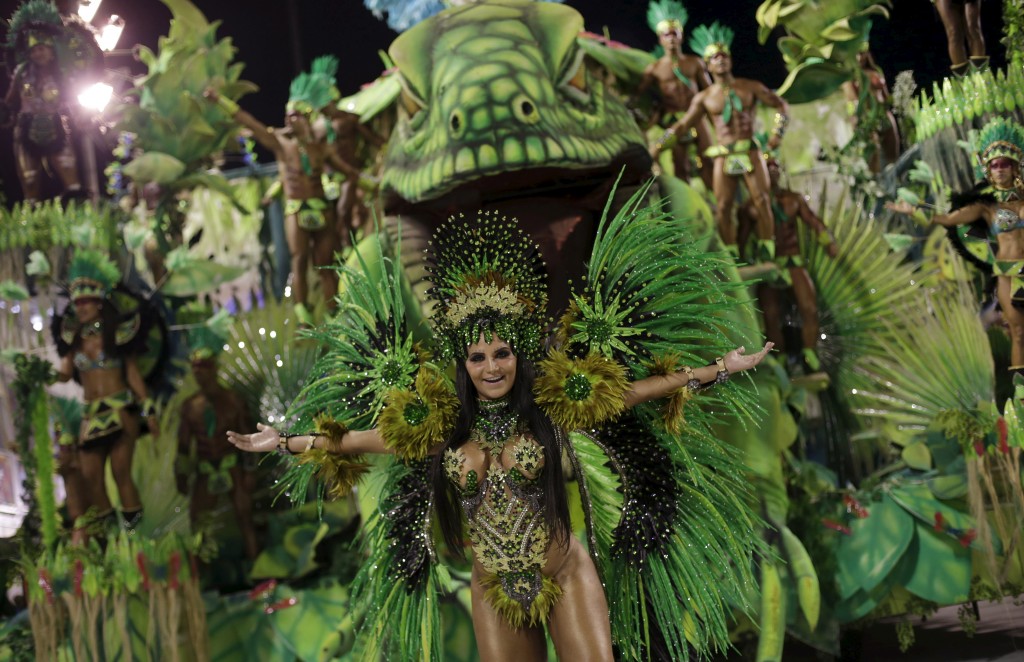 A reveller from the Rocinha samba school dances as she takes part in the Group A category of the annual Carnival parade in Rio de Janeiro’s Sambadrome, Brazil, February 5, 2016. Photo by Ricardo Moraes/Reuters