Photos: China celebrates Year of the Dog with one of the largest human migrations in the world

People around the globe are ringing in the Chinese New Year. This year, the celebration also known as the Lunar New Year begins on Feb. 16 and marks the beginning of the Year of the Dog.

The Chinese New Year, which is tied to the lunar calendar, doesn’t have a set date, but usually occurs in late January or February when the new moon is closest to the beginning of spring. The festivities mark one of the largest annual human migrations in the world, as millions of Chinese journey home to celebrate with family and friends.

Each new year is associated with one of the 12 animals in the Chinese zodiac: rat, ox, tiger, rabbit, dragon, snake, horse, goat, monkey, rooster, dog and pig. They’re also paired with one of five elements: wood, fire, earth, water and metal.

Those born into the Year of the Dog are defined by their loyalty to friends, family and responsibility, as well as their honest and just nature.

Here’s a look at this year’s celebrations around the world. 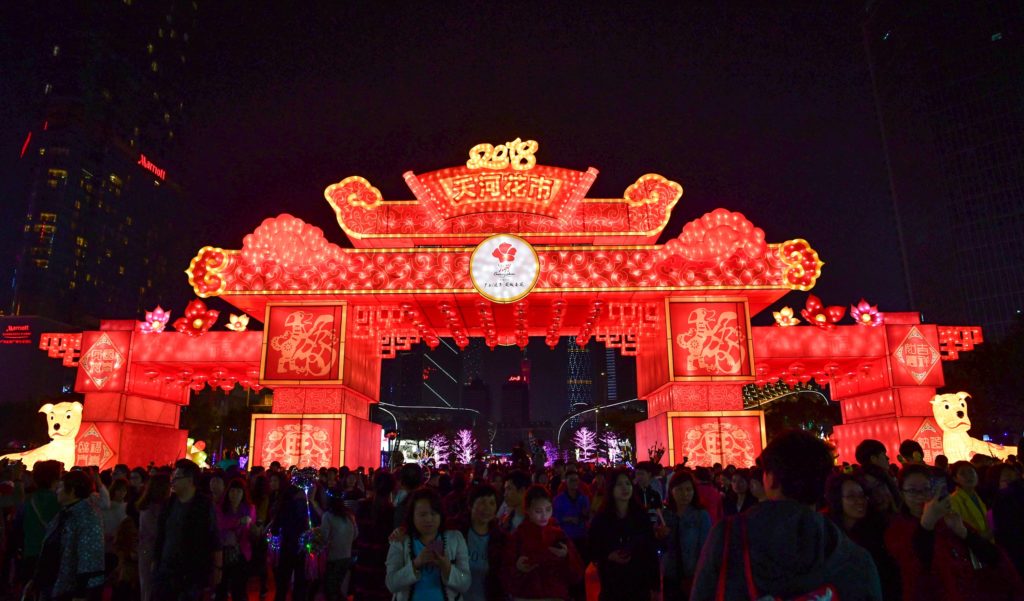 Illuminated decors are seen during the Spring Festival in Guangzhou, China. The Chinese Lunar New Year also known as the Spring Festival, which is based on the Lunisolar Chinese calendar, is celebrated from the first day of the first month of the lunar year and ends with Lantern Festival on the fifteenth day.  Photo by Stringer/Anadolu Agency/Getty Images 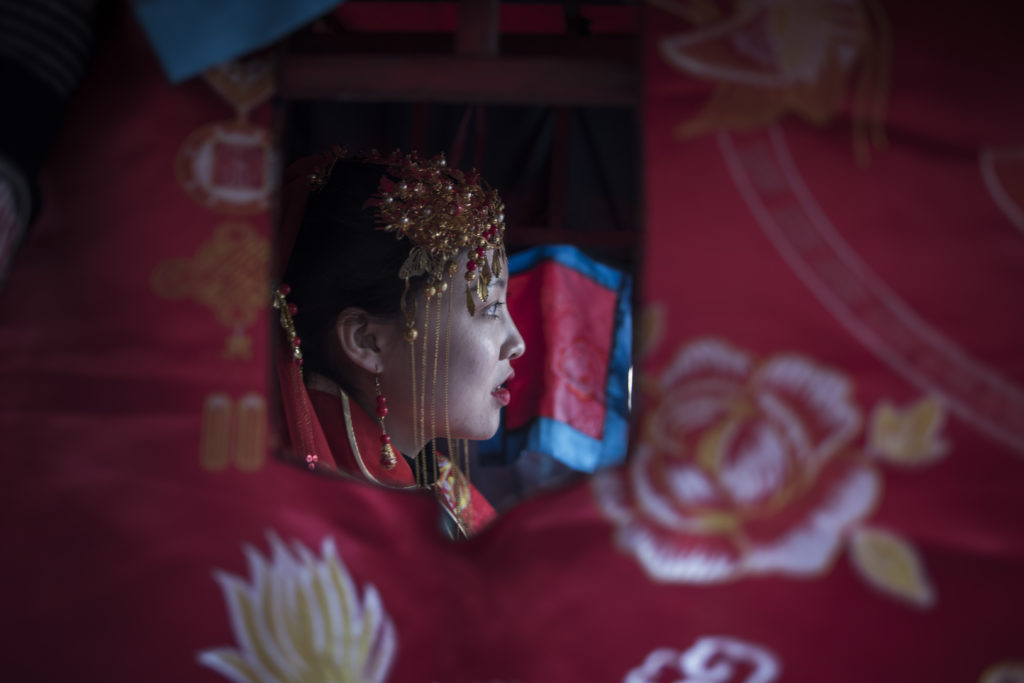 A Chinese woman dressed like a traditional bride, attends a wedding performance as part of the She Huo festival, to celebrate the Lunar New Year, marking the Year of the Dog, in Hancheng, Shaanxi province. FRED DUFOUR/AFP/Getty Images 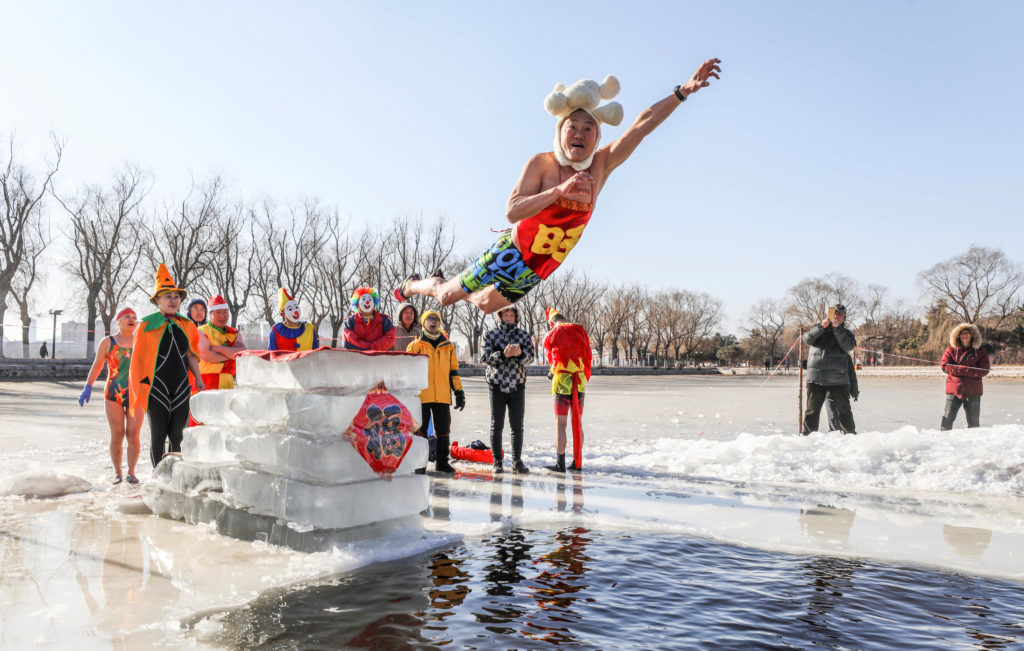 A swimming enthusiast in festive attire jumps into cold river at Beiling Park on the first day of the Lunar New Year in Shenyang, Liaoning Province of China. Photo by VCG/VCG via Getty Images 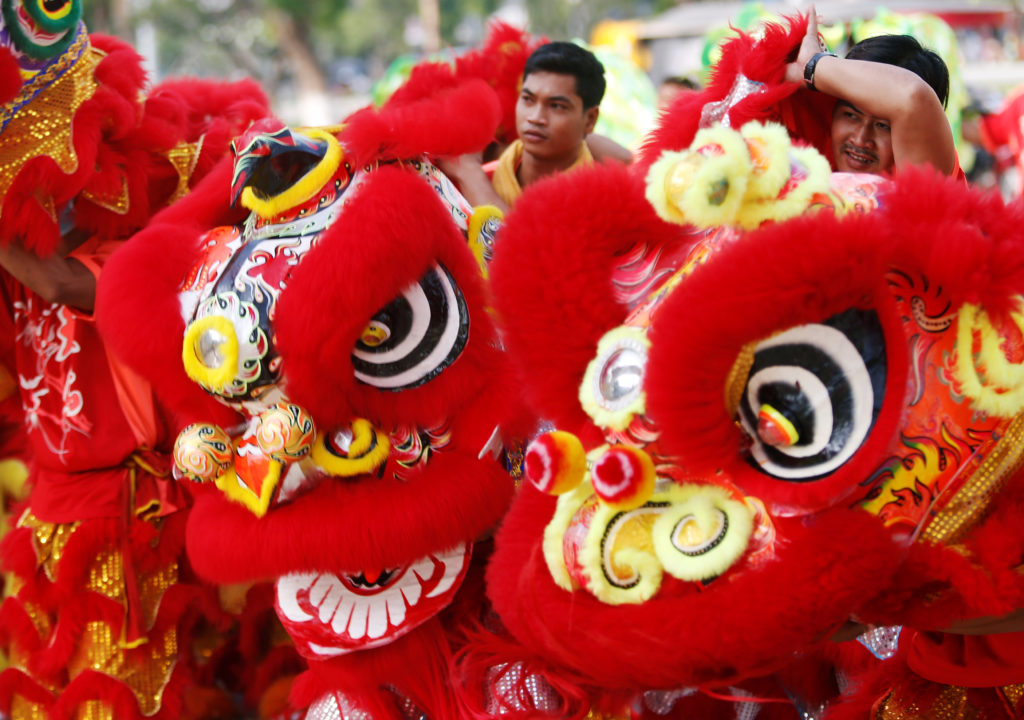 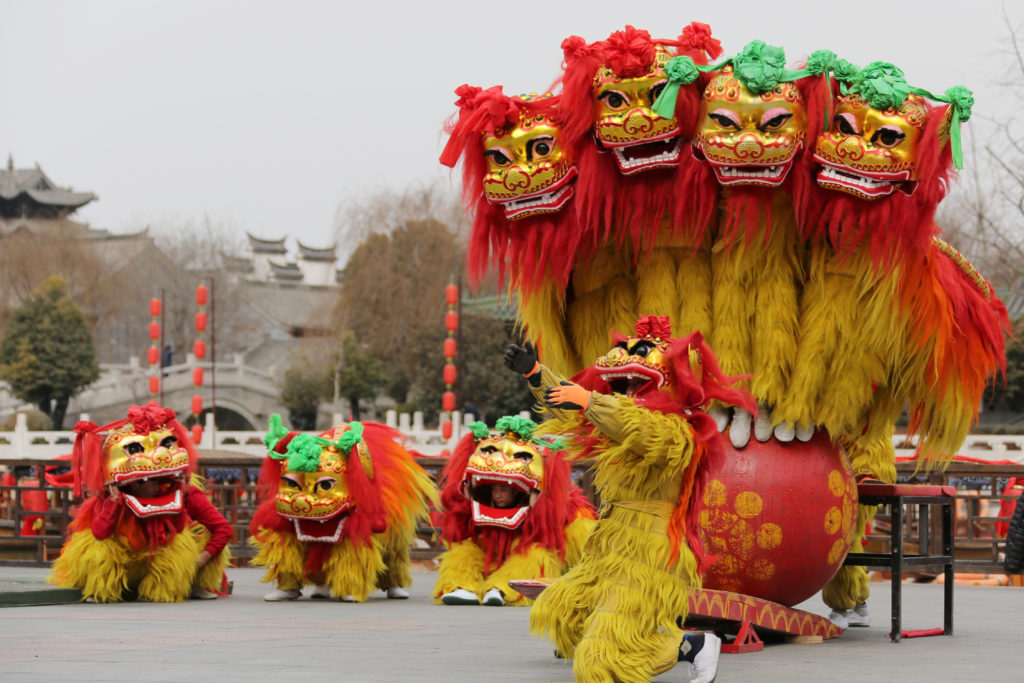 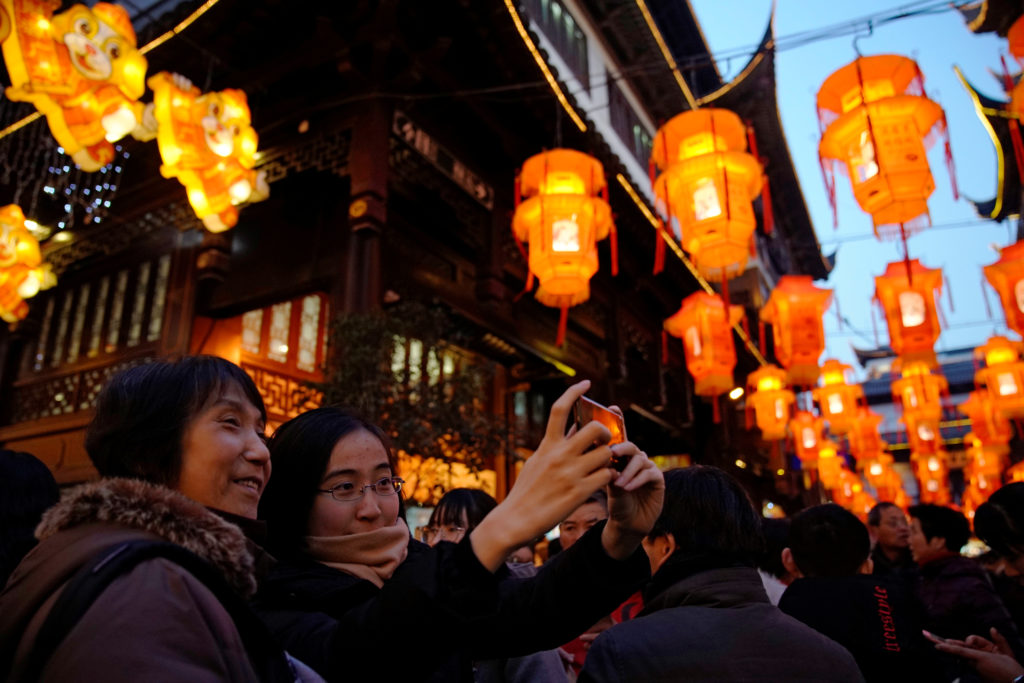 Visitors take pictures of themselves with lantern decorations for the upcoming Chinese New Year in Yu Yuan Garden in Shanghai, China. REUTERS/Aly Song 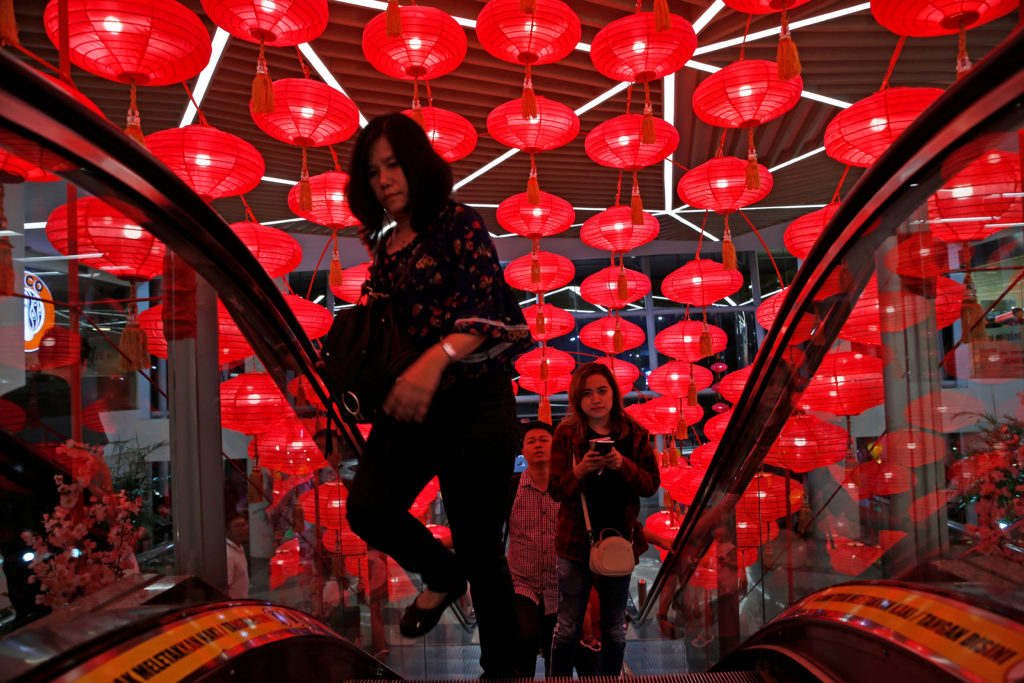 People stand on escalator decorated with lanterns for the upcoming Chinese Lunar New Year of the Dog at Ciputra shopping mall in Jakarta, Indonesia. REUTERS/Beawiharta 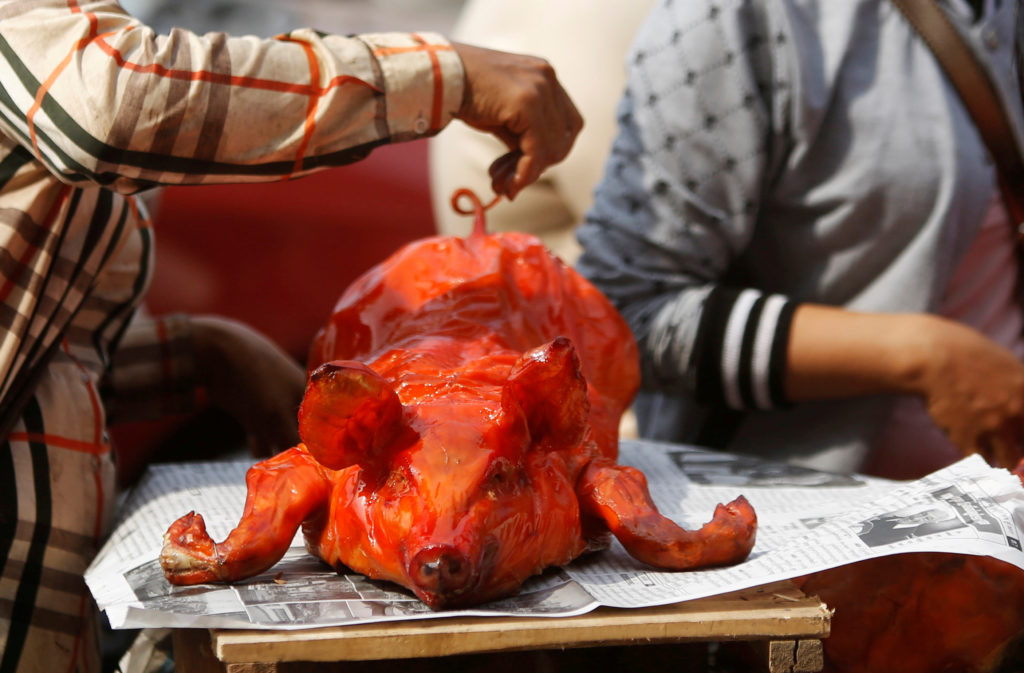 A vendor prepares a grilled pig for sale along a street during Chinese Lunar New Year, in Phnom Penh, Cambodia. REUTERS/Samrang Pring

Left: Performers dressed in costumes dance for spectators as part of celebrations for the Chinese Lunar New Year and marking the Year of the Dog in Sydney, Australia. REUTERS/David Gray