BEIJING — Asia welcomed the lunar Year of the Pig on Tuesday with visits to temples, family banquets and the world’s biggest travel spree.

Celebrations took place throughout the region, from Beijing and Seoul to Hanoi and Singapore. 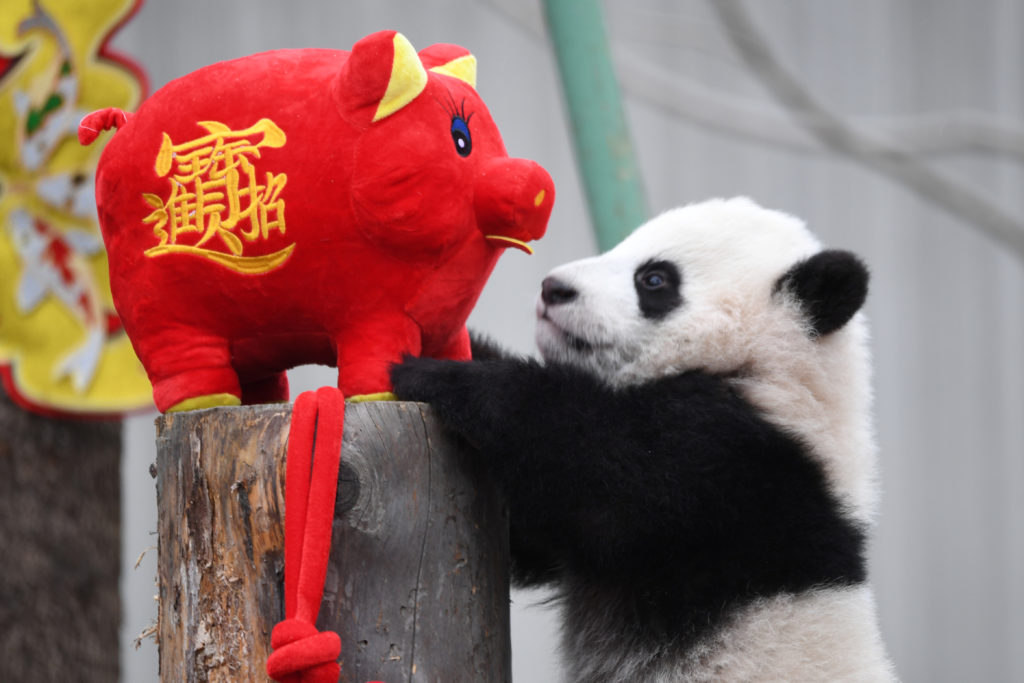 A giant panda cub plays with a stuffed toy pig during an event to celebrate the Chinese Lunar New Year of Pig, at Shenshuping panda base in Wolong, Sichuan province, China on January 31, 2019. China Daily via Reuters

The streets of Beijing and other major Chinese cities were quiet and empty after millions of people left to visit relatives or travel abroad during the year’s biggest family holiday.

Families gathered at home for multigenerational banquets. Companies, shops and government offices closed for official holidays that ranged from two days in South Korea to a week in China. 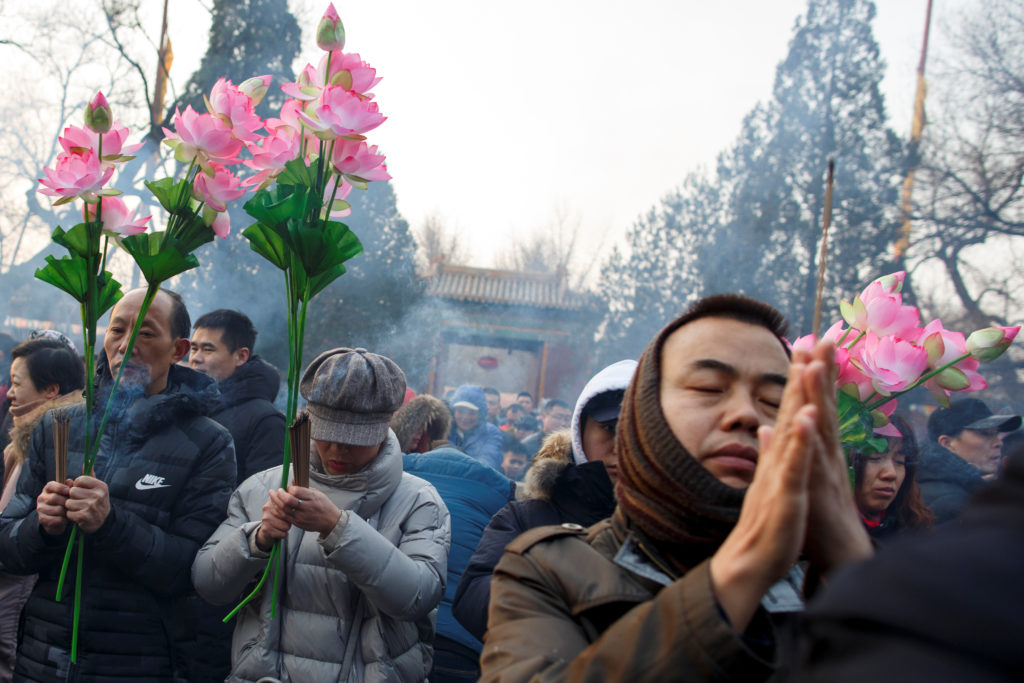 People burn incense sticks and pray for good fortune at Yonghegong Lama Temple on the first day of the Lunar New Year of the Pig in Beijing. Photo by Thomas Peter/Reuters

“My first wish is for world peace,” said Wong, 88. “Everyone has food to eat, employment and houses to live in. The elderly also hope the government will take better care of them.” 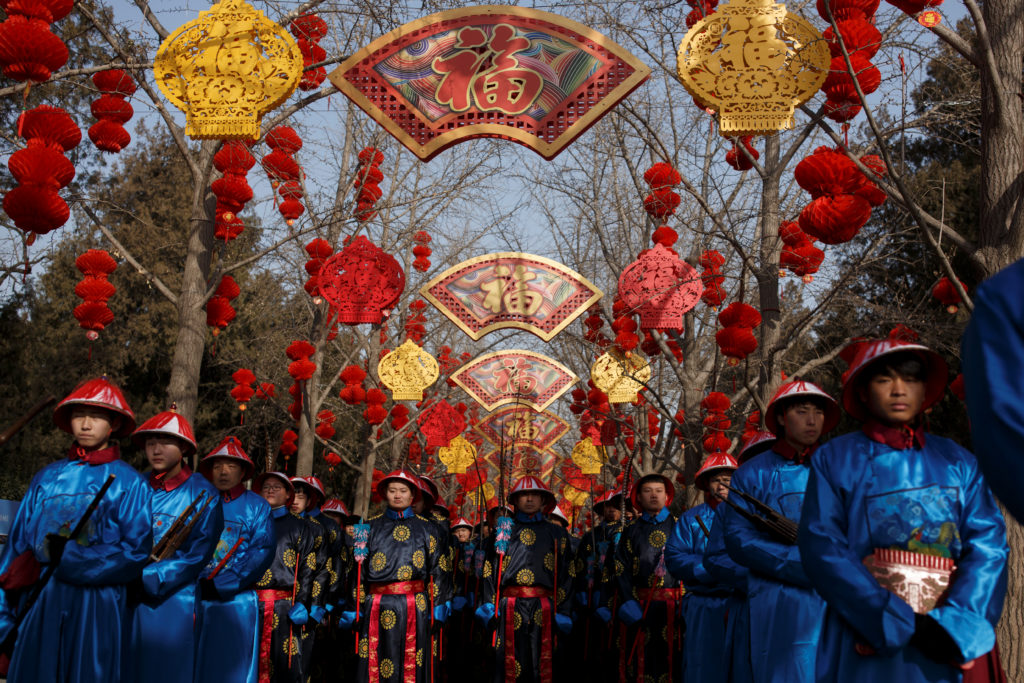 Performers rehearse a re-enactment of a Chinese New Year Qing Dynasty ceremony at the Temple of Earth in Ditan Park in Beijing on February 4, 2019. Photo by Thomas Peter/Reuters

In Beijing, performers in traditional Qing dynasty robes strummed zithers for a re-enactment at sunrise of a sacrificial ceremony at the Chinese capital’s Temple of Earth park.

An actor portraying an emperor bowed before an altar as dozens of people in ceremonial dress behind him. 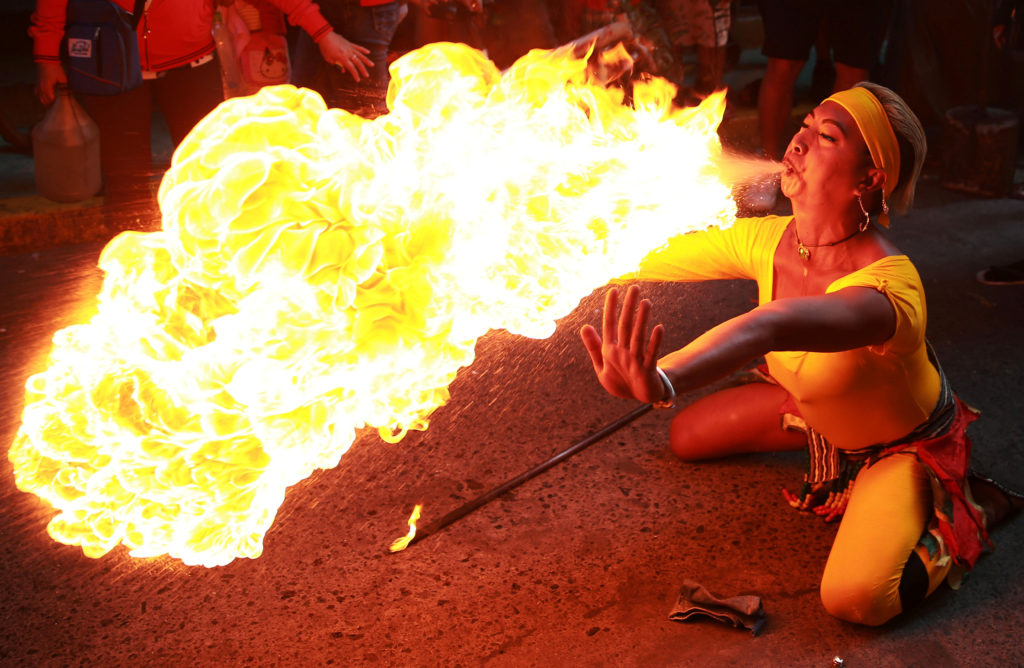 Acrobats and drummers also performed. Vendors sold toys branded with the British cartoon character Peppa Pig, which is enjoying a surge of popularity for the Year of the Pig.

“My wishes for new year are a promotion, a raise and finding a boyfriend,” said a spectator, Cui Di, a 28-year-old employee of a foreign company. 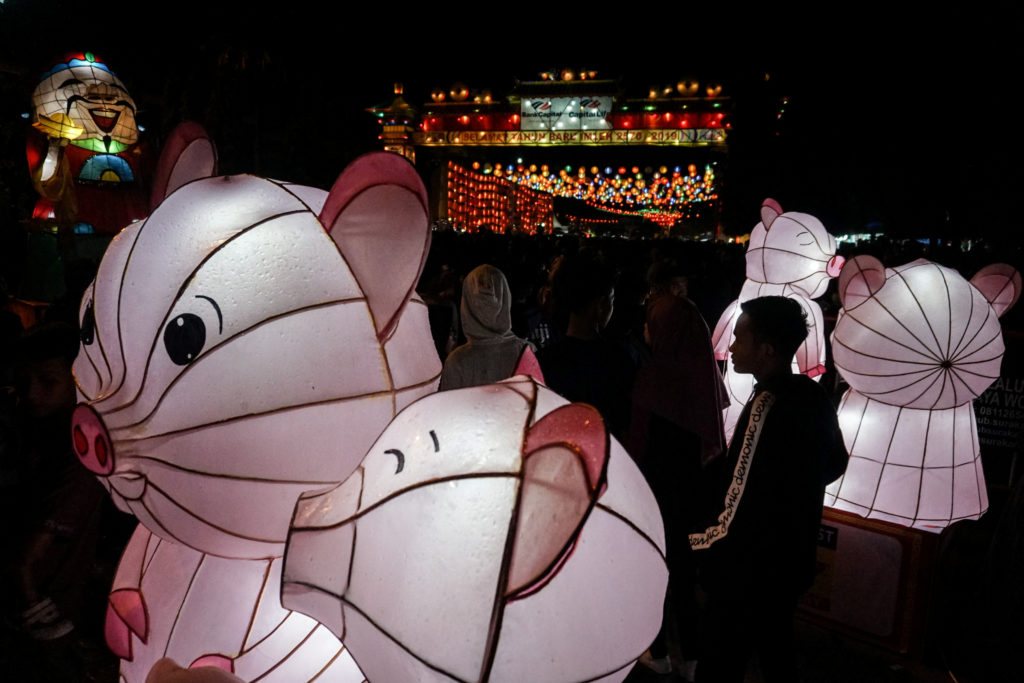 The holiday in mainland China is marked by the biggest annual travel boom as hundreds of millions of people visit their home towns or travel abroad.

The railway ministry forecast mainland travelers would make 413 million trips during the three-week period around the holiday.

Chinese set off billions of fireworks to celebrate the new year. An explosion at an illegal fireworks shop in southern China killed five people early Tuesday. Investigators said it was triggered by fireworks set off by the shopkeeper outside the shop. 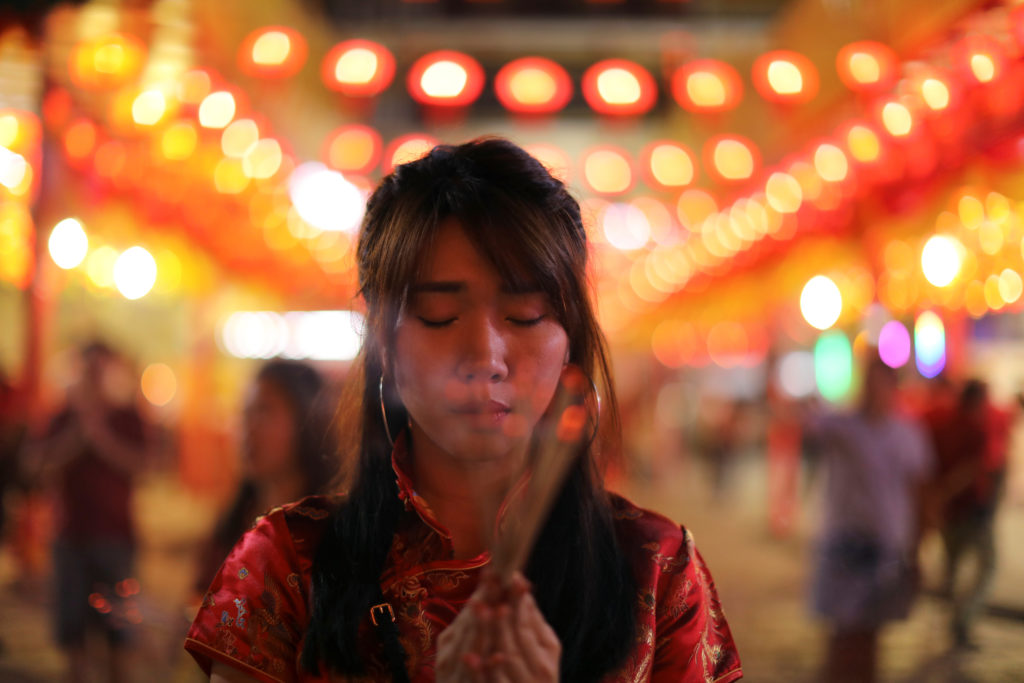 A woman lights incense while praying in a Chinese temple during the celebration of the Lunar New Year in Chinatown in Bangkok, Thailand on February 4, 2019. Photo by Jorge Silva/Reuters

In Bangkok, people lit incense sticks and burned paper money and other symbolic offerings for deceased relatives despite government appeals to avoid contributing to smog.

Some shopkeepers sold symbolic ballots to burn as offerings following official promises of an election this year, the first after four years of military rule. 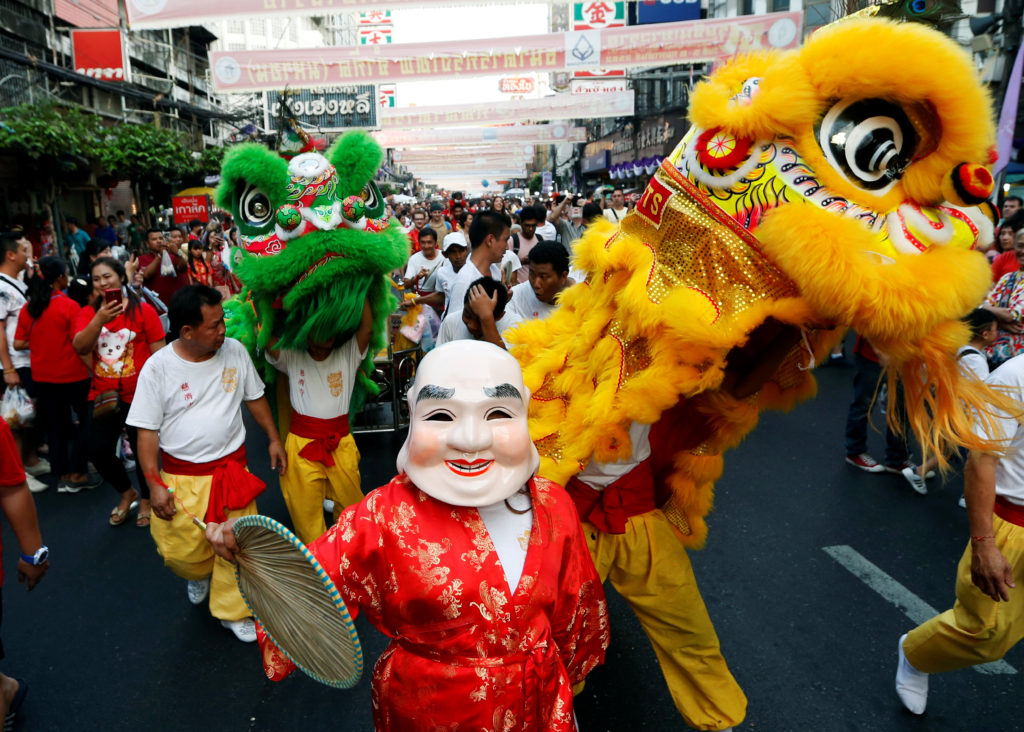 Left: Visitors take pictures of an installation at a flower fair ahead of the Chinese Lunar New Year of the Pig, in Guangzhou, Guangdong province, China. Photo via Reuters