Photos: Demonstrators, police clash on the streets of Venezuela

Venezuela’s opposition rallied again this week against President Nicolas Maduro’s plan to rewrite the constitution, accusing him of delaying elections to cling to power.

A month of protests in the streets of the capital Caracas and elsewhere have led to the deaths of at least 37 people on both sides. Maduro’s approval rating has sunk to around 20 percent after years of rising inflation and shortages in food and medicine. The International Monetary Fund predicts inflation in Venezuela will reach 1,600 percent this year.

The opposition is calling for holding delayed state gubernatorial elections and moving up the presidential election, now scheduled for October 2018. Maduro has promised to serve the full length of his term, which ends in early 2019. 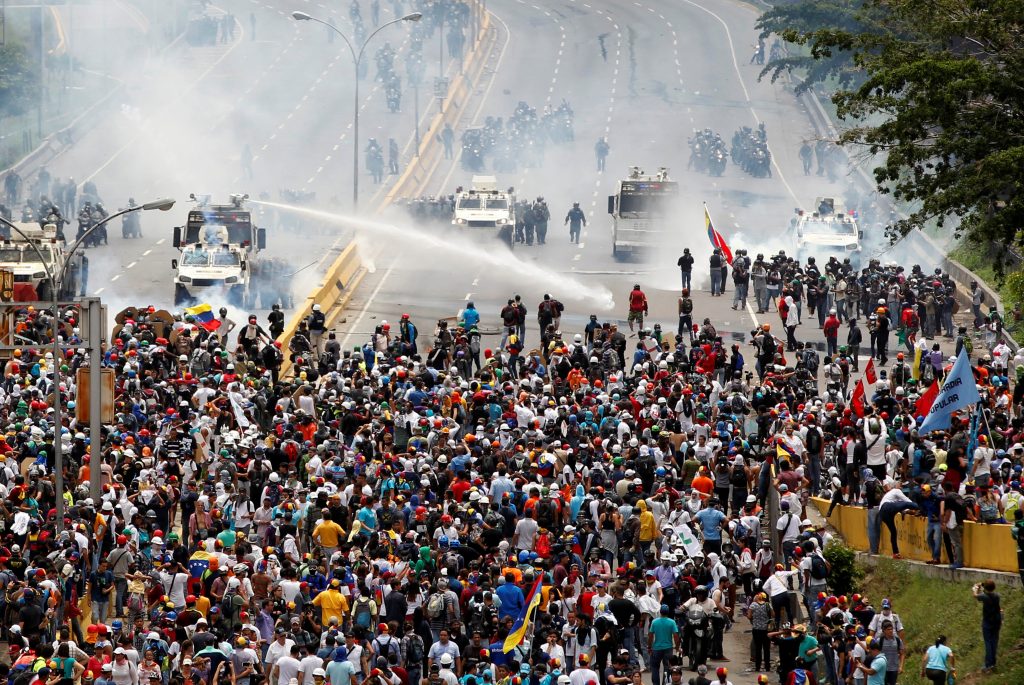 An estimated 37 people have been killed in the street protests. Photo by Christian Veron/Reuters 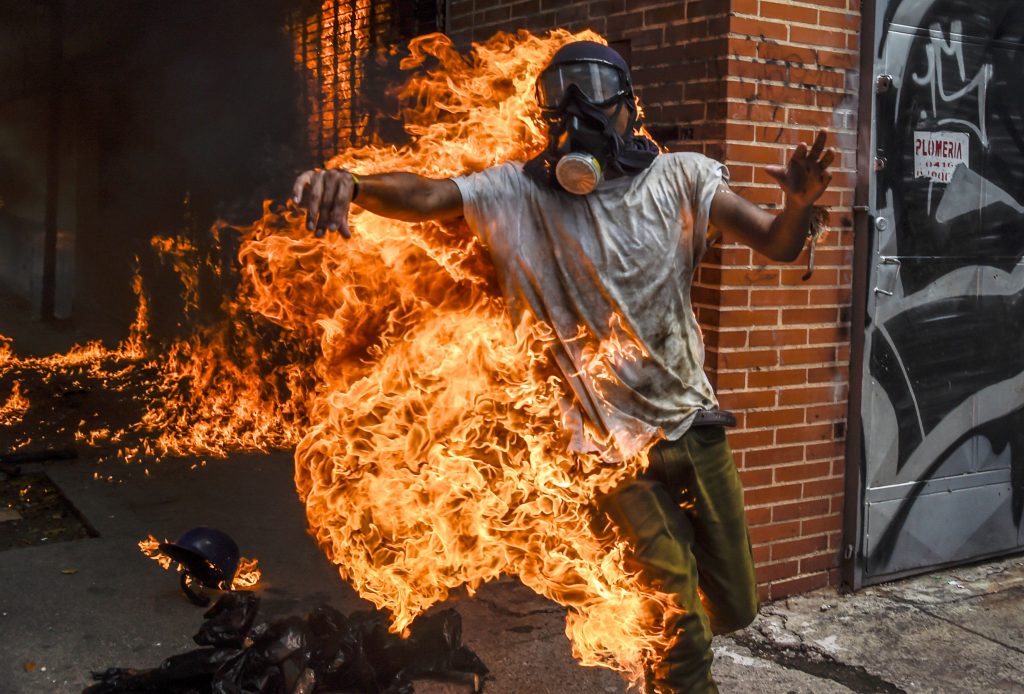 A demonstrator is burned after the gas tank of a police motorbike exploded during a protest against Venezuelan President Nicolas Maduro in Caracas on May 3. Photo by Juan Barreto/AFP/Getty Images 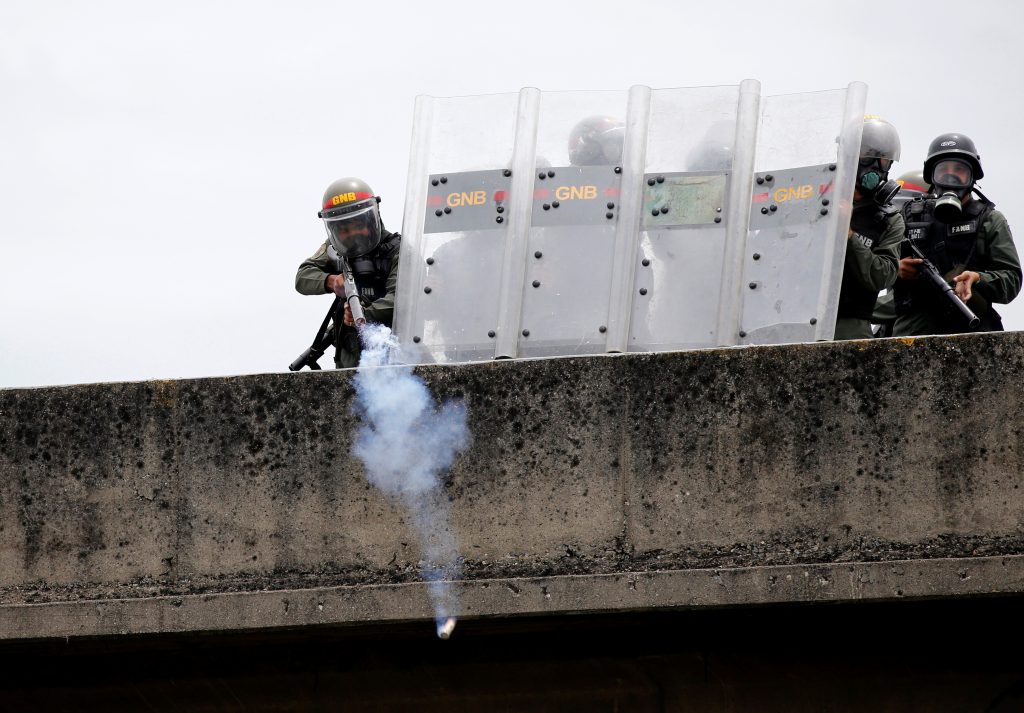 Riot police position themselves on a building during the protests. Photo by Carlos Garcia Rawlins/Reuters 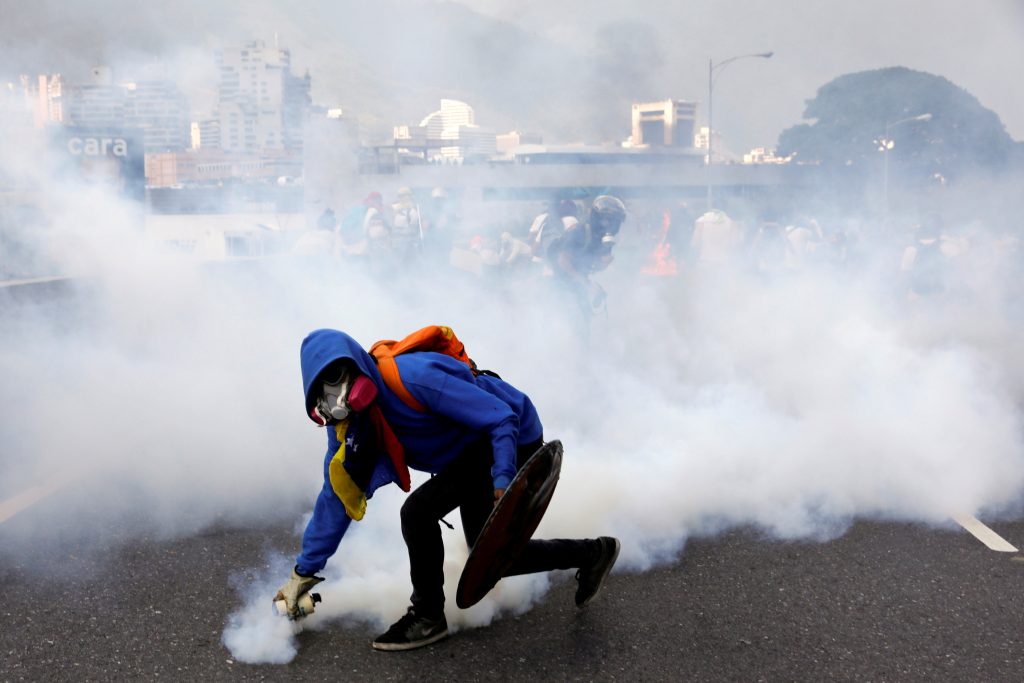 A demonstrator throws back a tear gas canister at police on April 24. Photo by Carlos Garcia Rawlins/Reuters 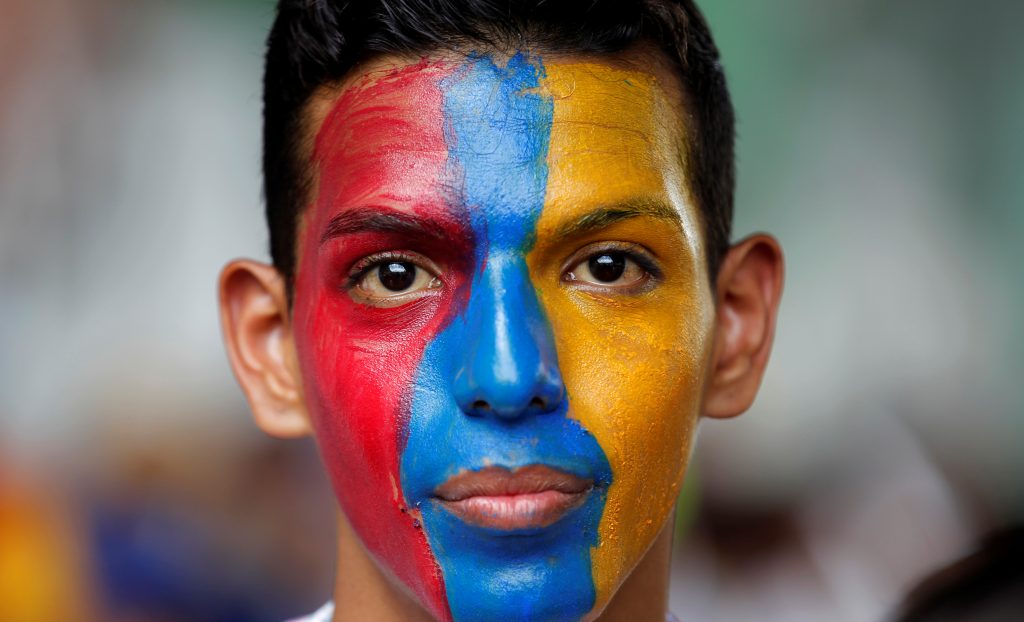 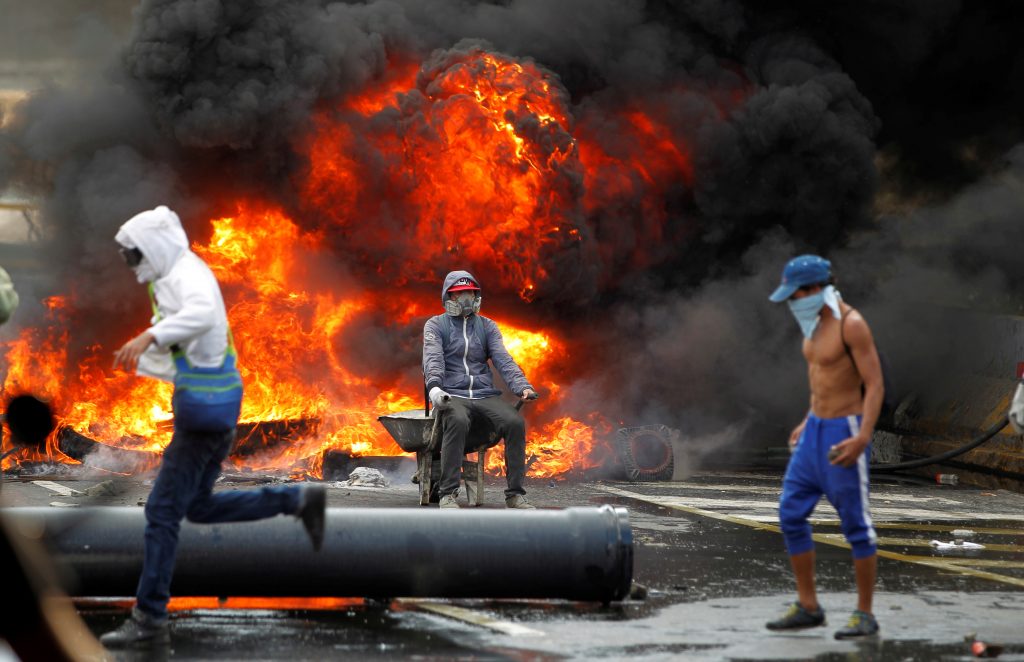 Demonstrators build a fire barricade on a street during a rally against Venezuela’s President Nicolas Maduro in Caracas on April 24. Photo by Christian Veron/Reuters 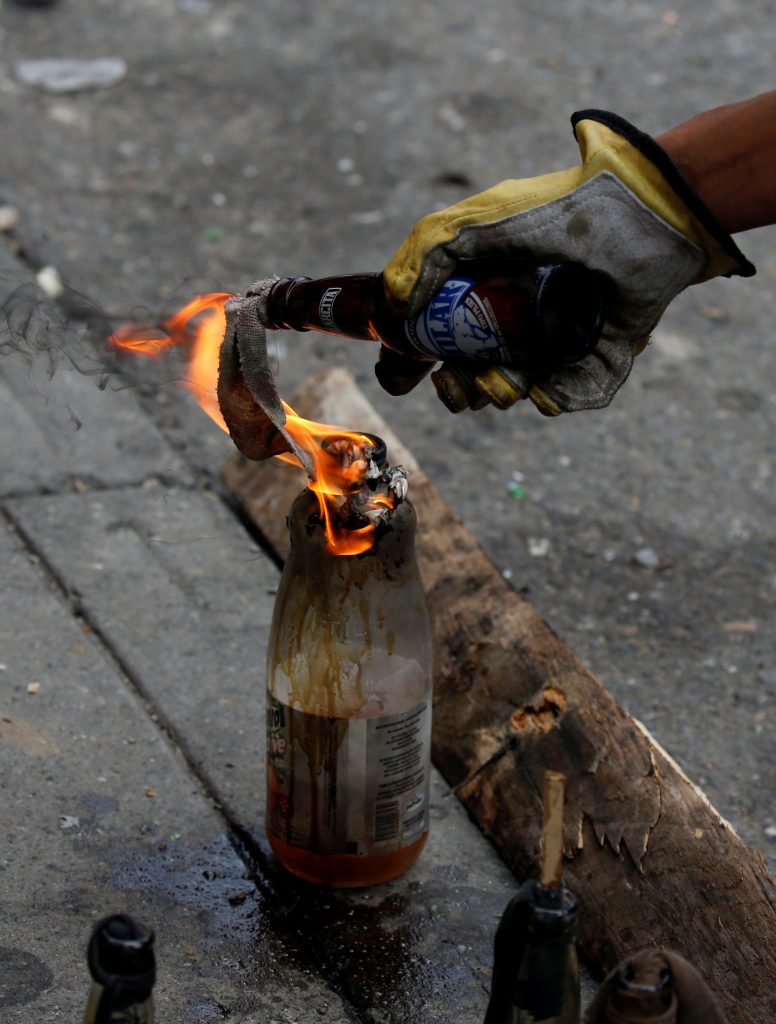 Opposition supporters light a Molotov cocktail while clashing with riot police on May 3. Photo by Carlos Garcia Rawlins/Reuters 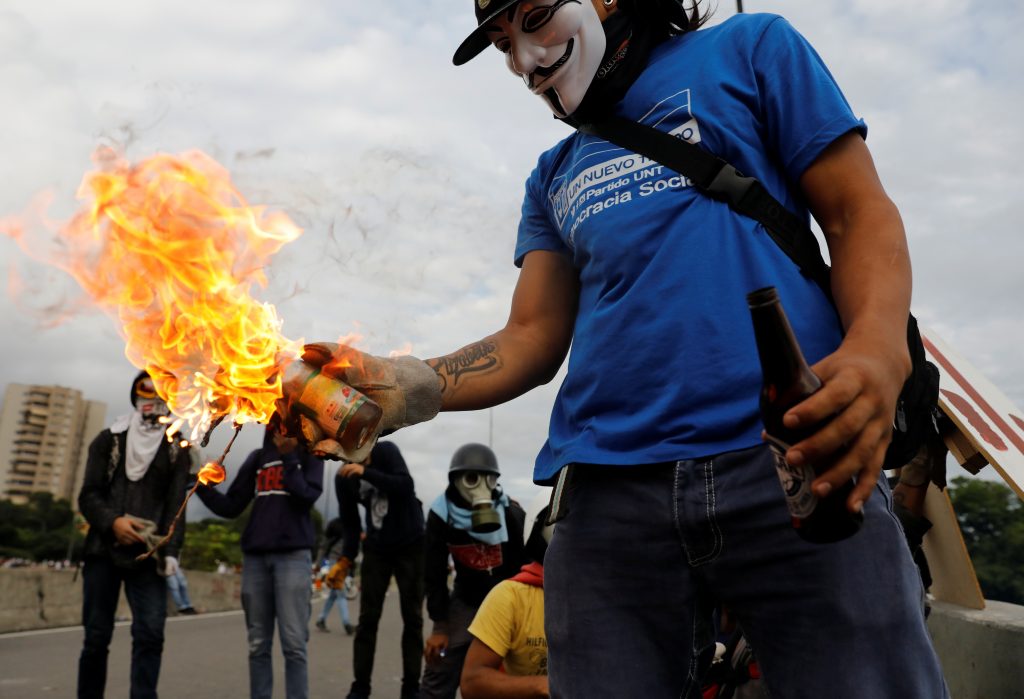 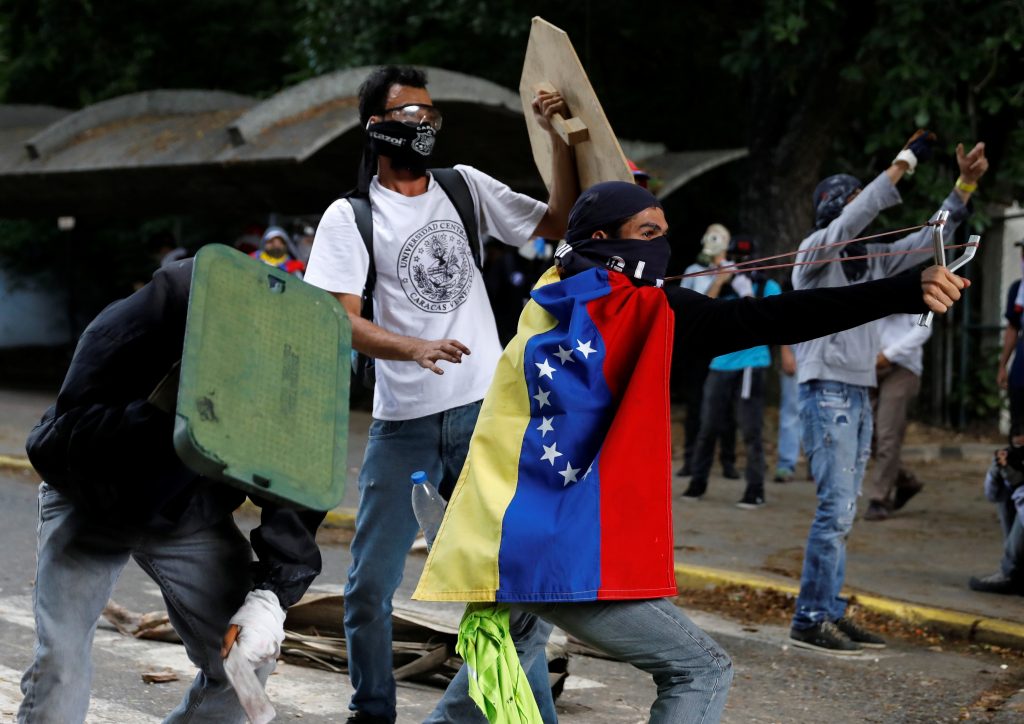 Students joined in the protests in Caracas on May 4. Photo by Carlos Garcia Rawlins/Reuters 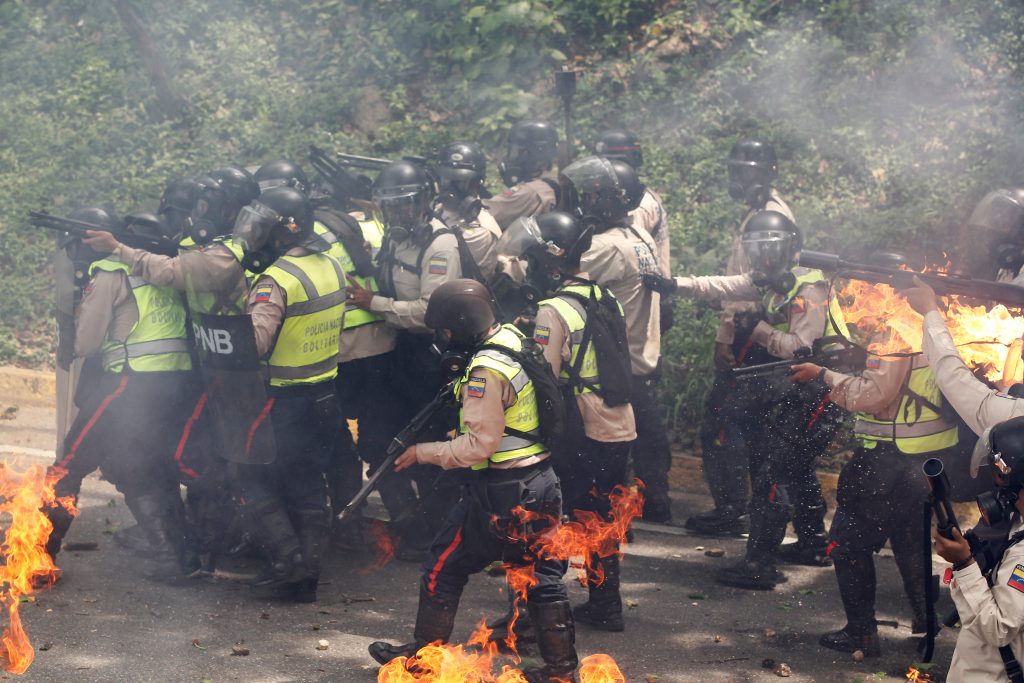 Riot police officers react to fire during one of the rallies. Photo by Christian Veron/Reuters 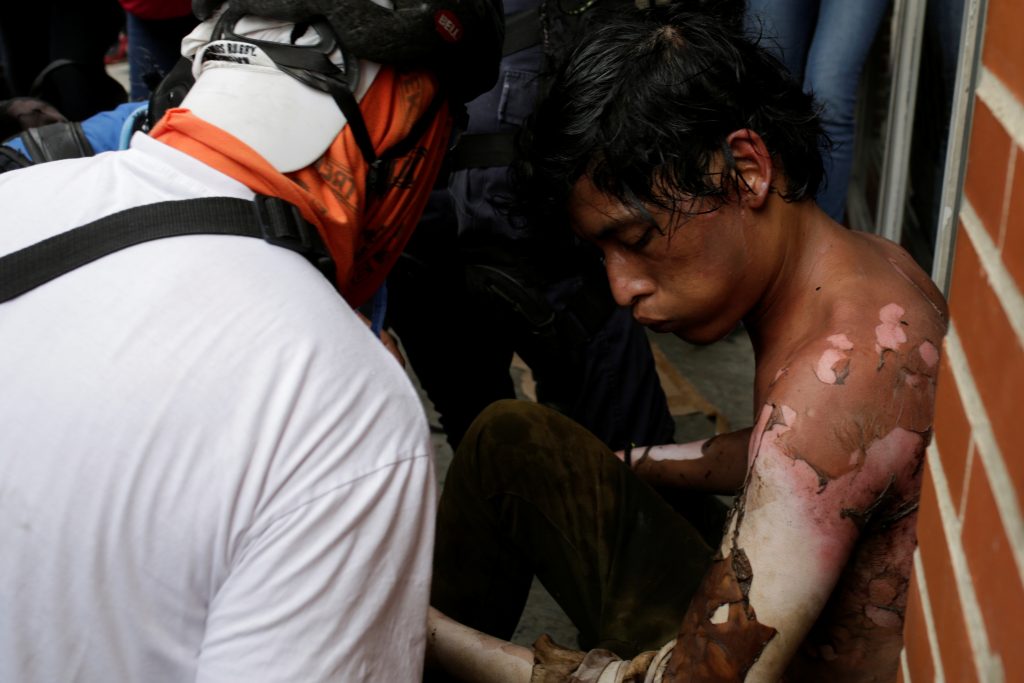 An injured opposition supporter is helped by others during a rally on May 3. Photo by Marco Bello/Reuters 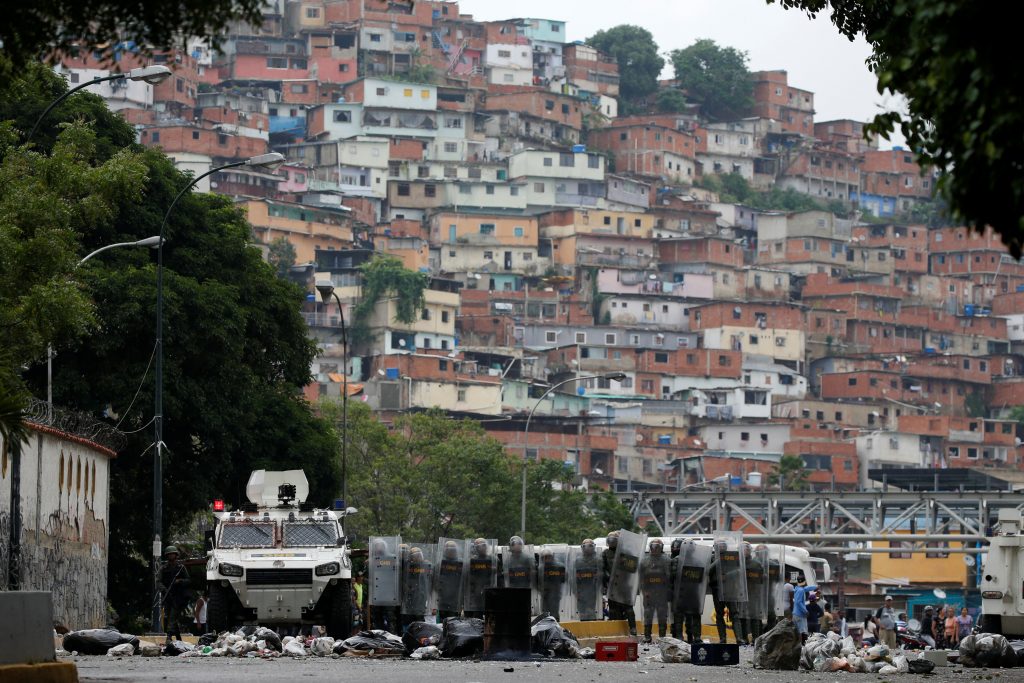