2015 was many things to different people, but 2016 offers a clean slate, a new year to resolve our shortcomings. Here’s how revelers around the globe bid good riddance to 2015 and marked the start of 2016. 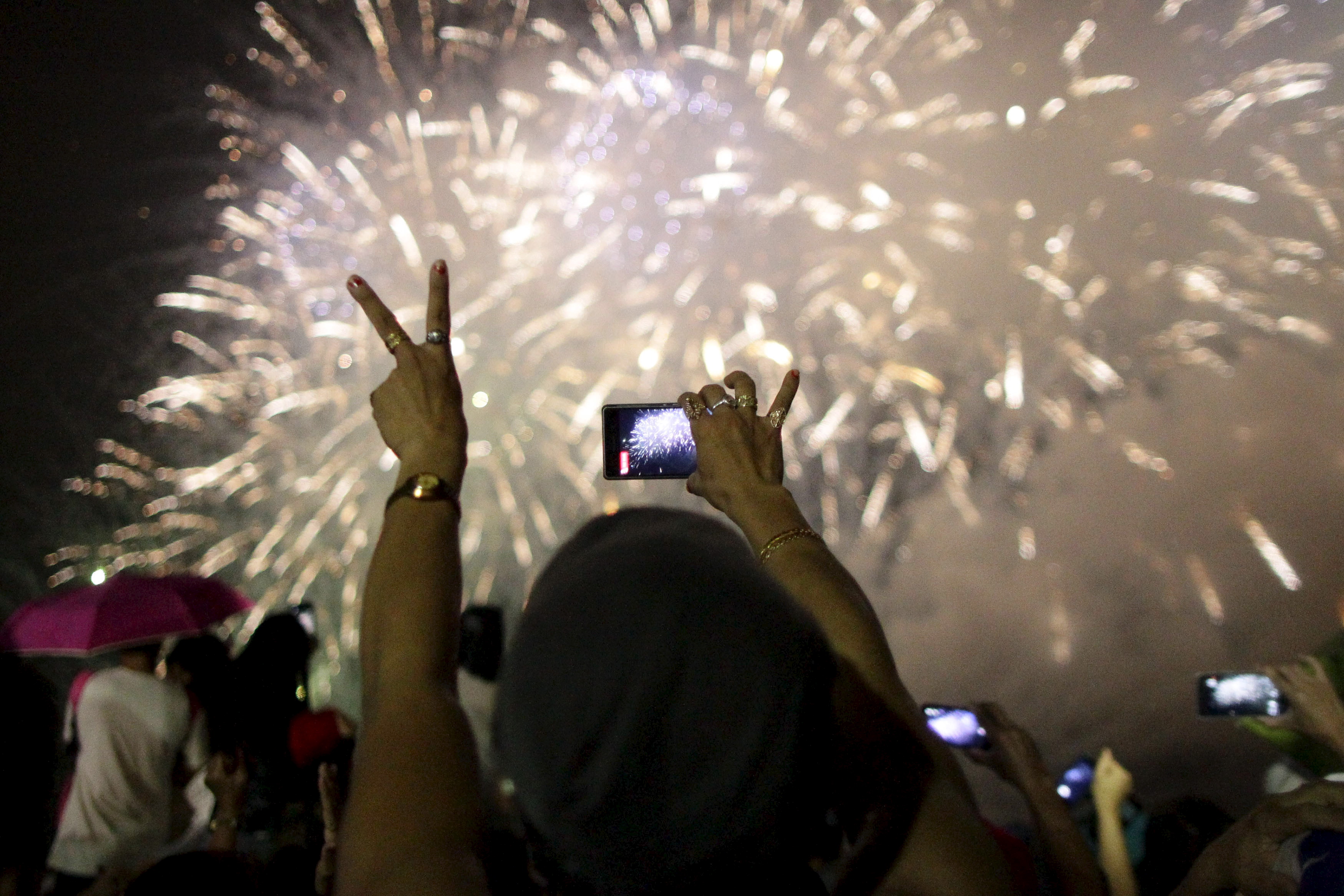 A reveler uses a mobile phone to take pictures of fireworks during a New Year celebration in Manila on Jan. 1, 2016. Photo by Czar Dancel/Reuters 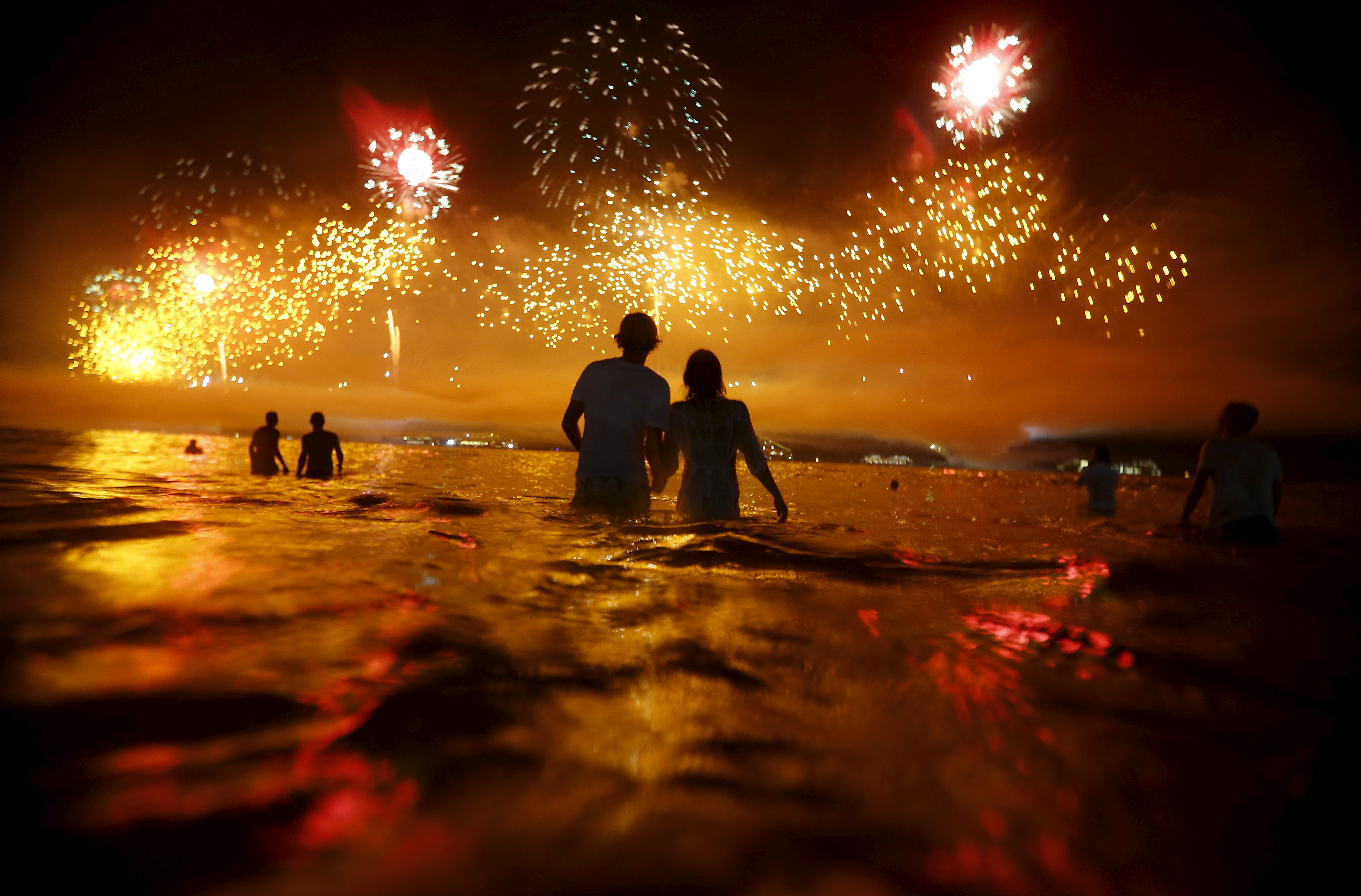 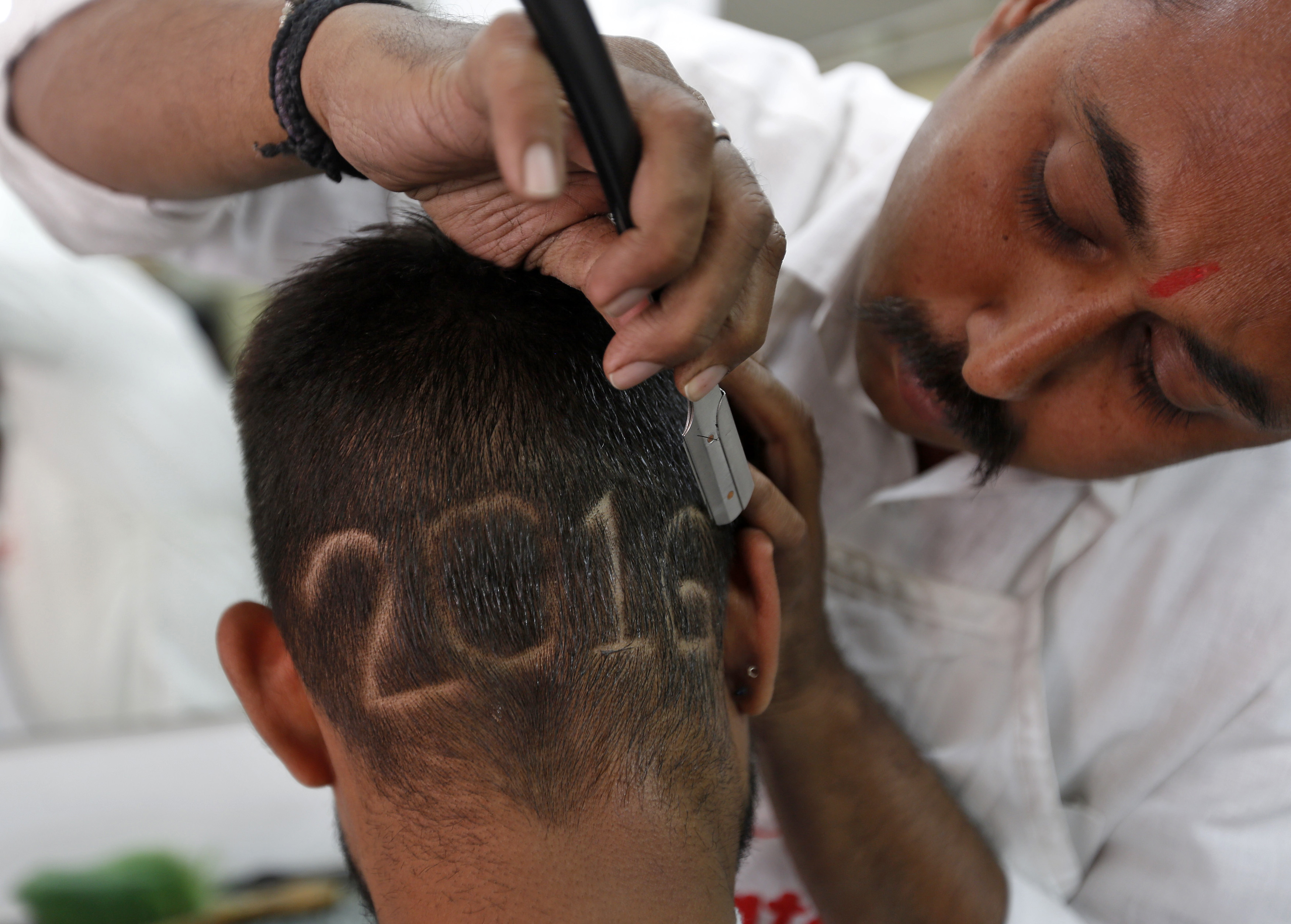 A man gets a haircut depicting 2016 to welcome the New Year at a barbershop in Ahmedabad, India. Photo by Amit Dave/Reuters 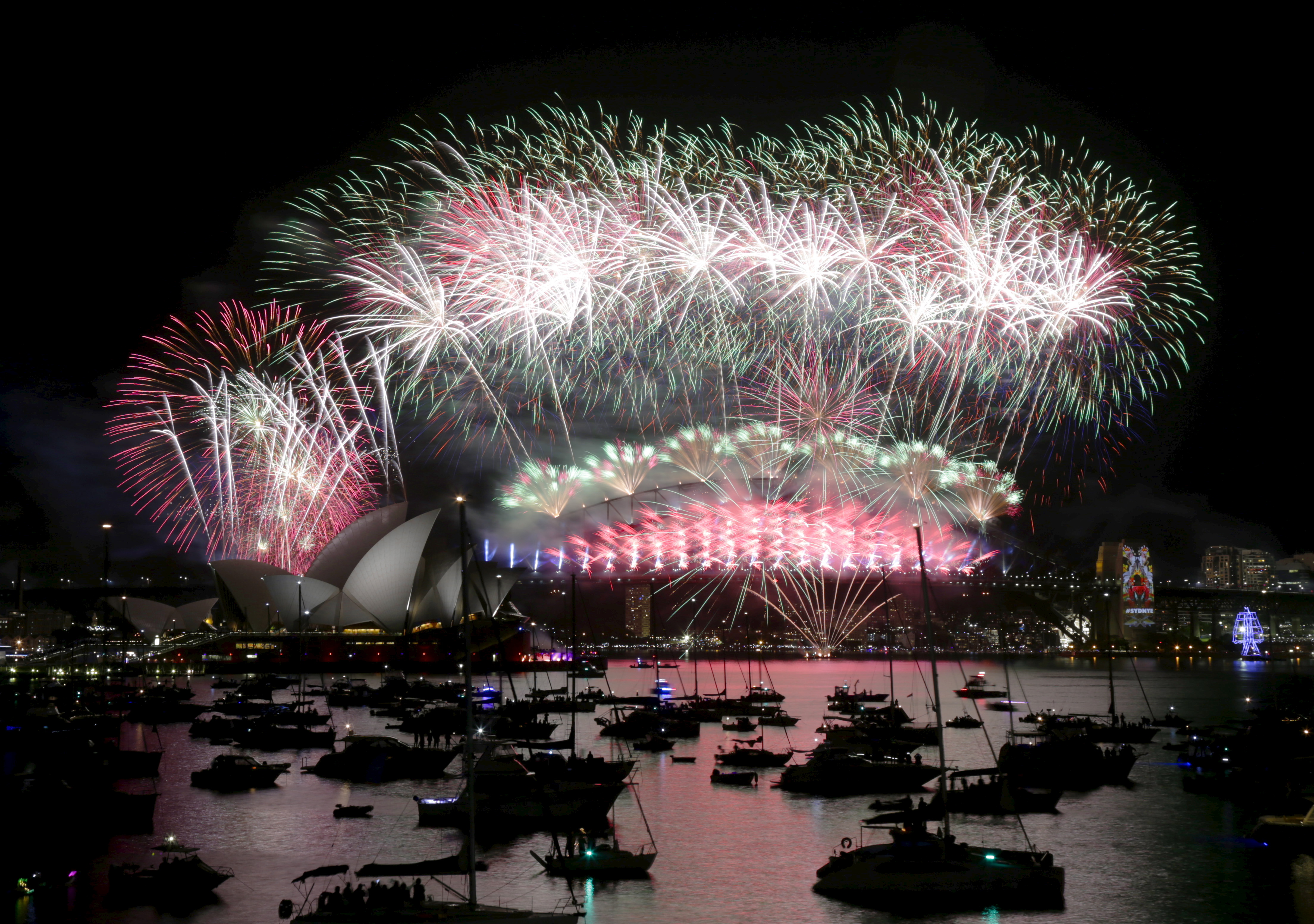 Fireworks explode over the Sydney Opera House and Harbour Bridge as Australia’s largest city ushers in the new year. Photo by Jason Reed/Reuters 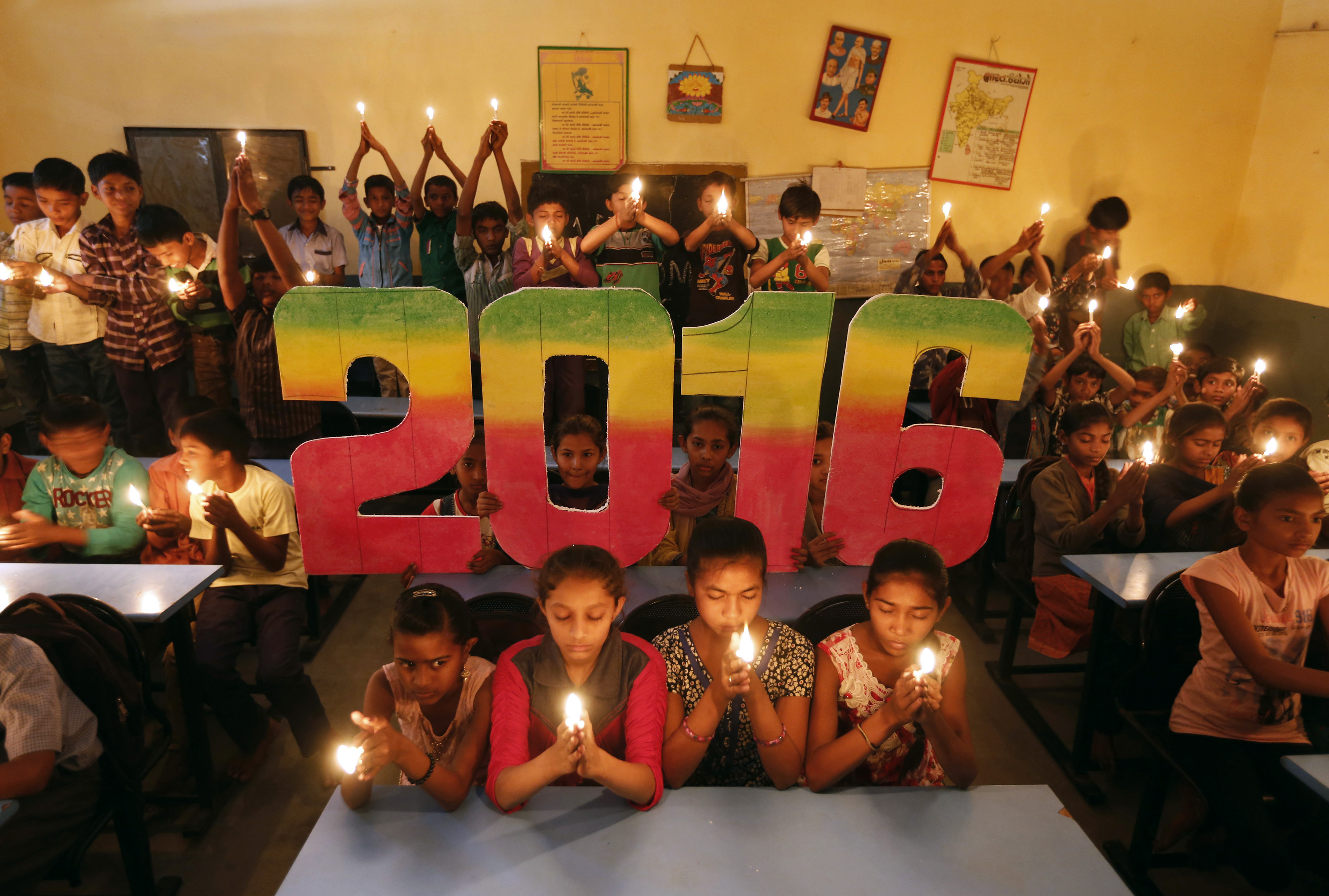 School students offer prayers for the world peace in the upcoming year of 2016 in Ahmedabad, India, on Dec. 31, 2015. Photo by Amit Dave/Reuters 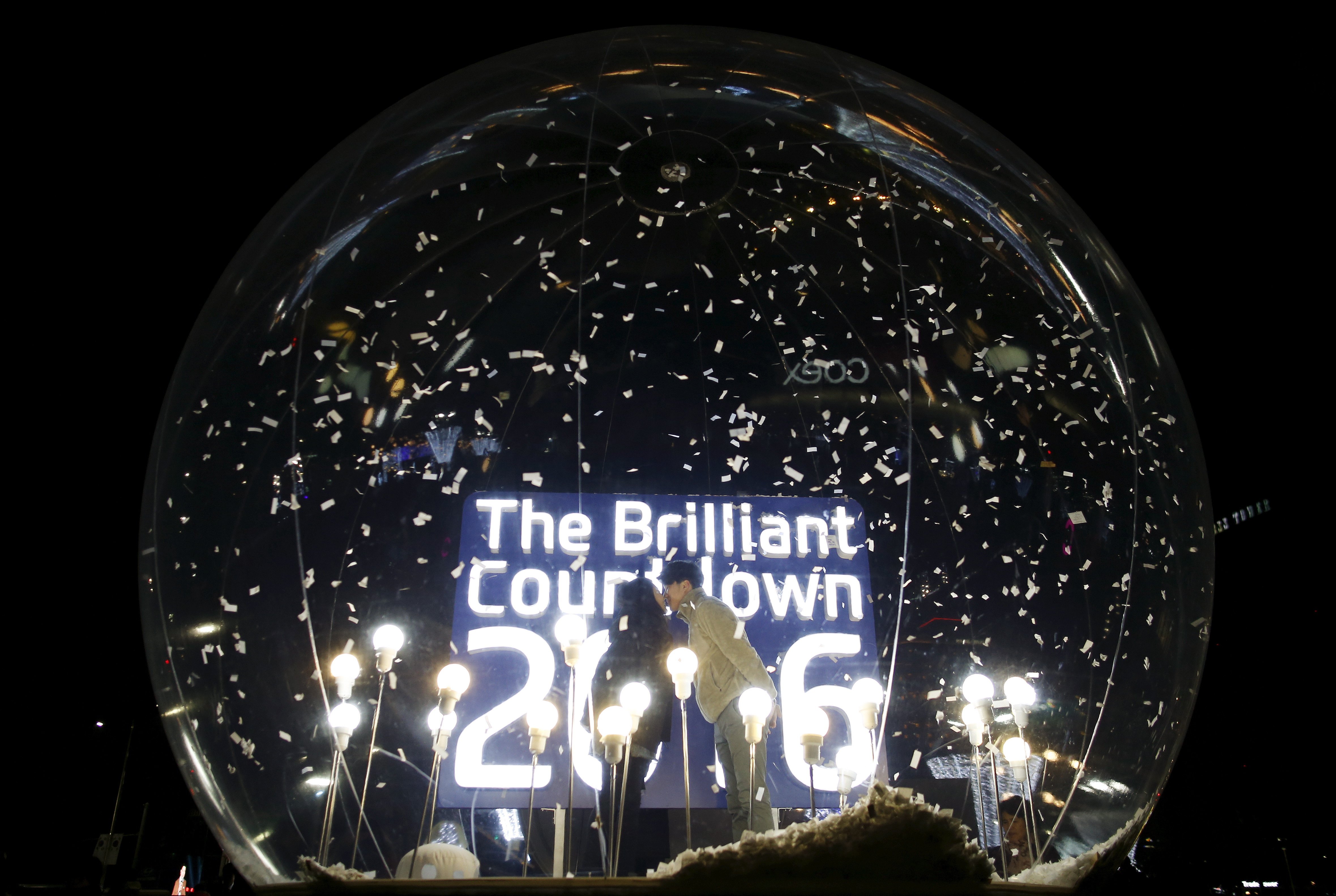 A couple kisses inside a giant inflatable ball during a countdown event to celebrate New Year in Seoul, South Korea. Photo by Kim Hong-Ji/Reuters 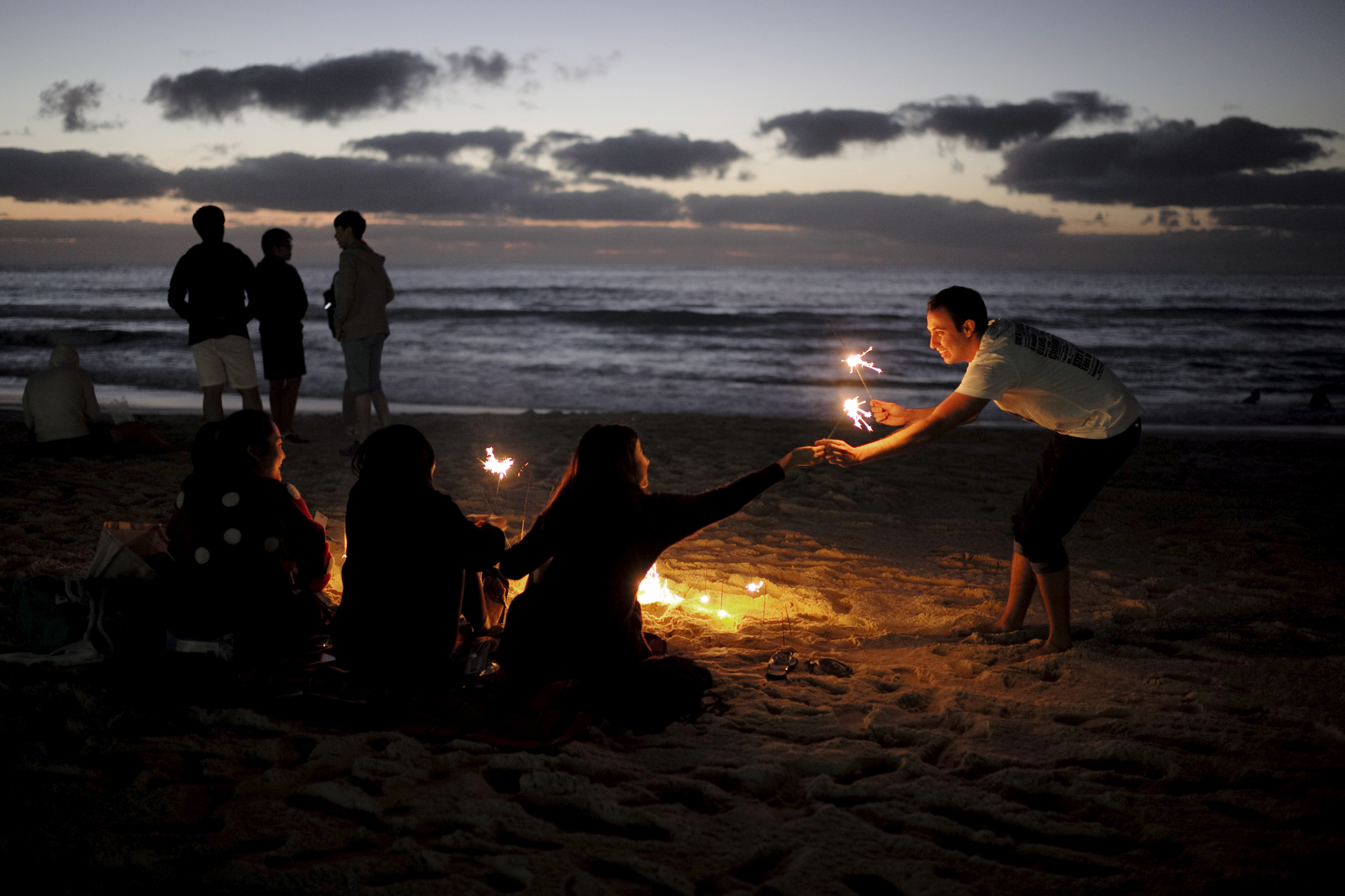 A New Year’s reveller (R) receives a gift of sparklers as hundreds of partygoers await the first sunrise of the new year on Australia’s Bondi Beach in Sydney. Photo by Jason Reed/Reuters 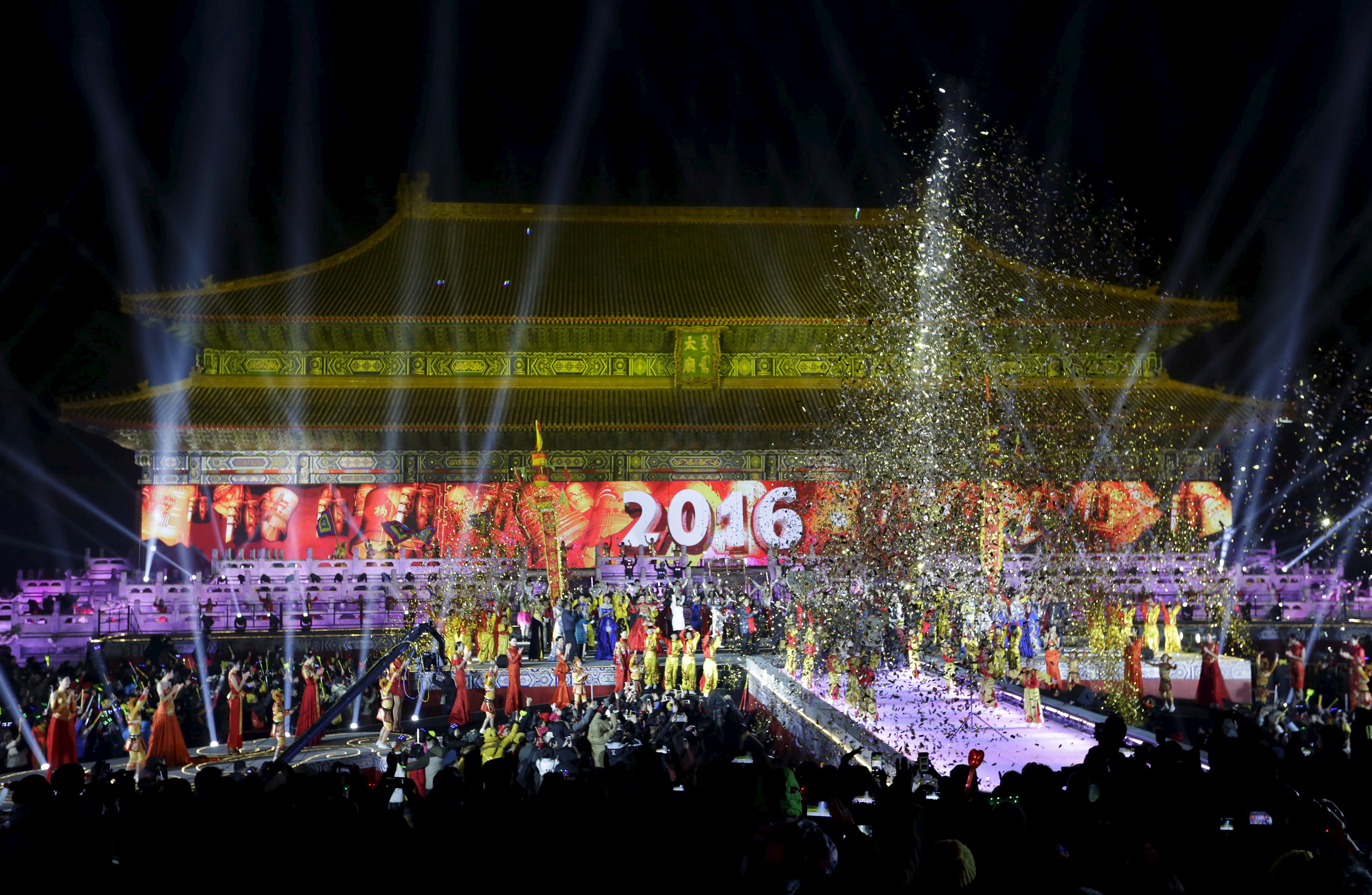 Dancers perform to celebrate the new year during a countdown event at Tai Miao, the imperial ancestral temple in the Forbidden City, in Beijing, China. Photo by Jason Lee/Reuters 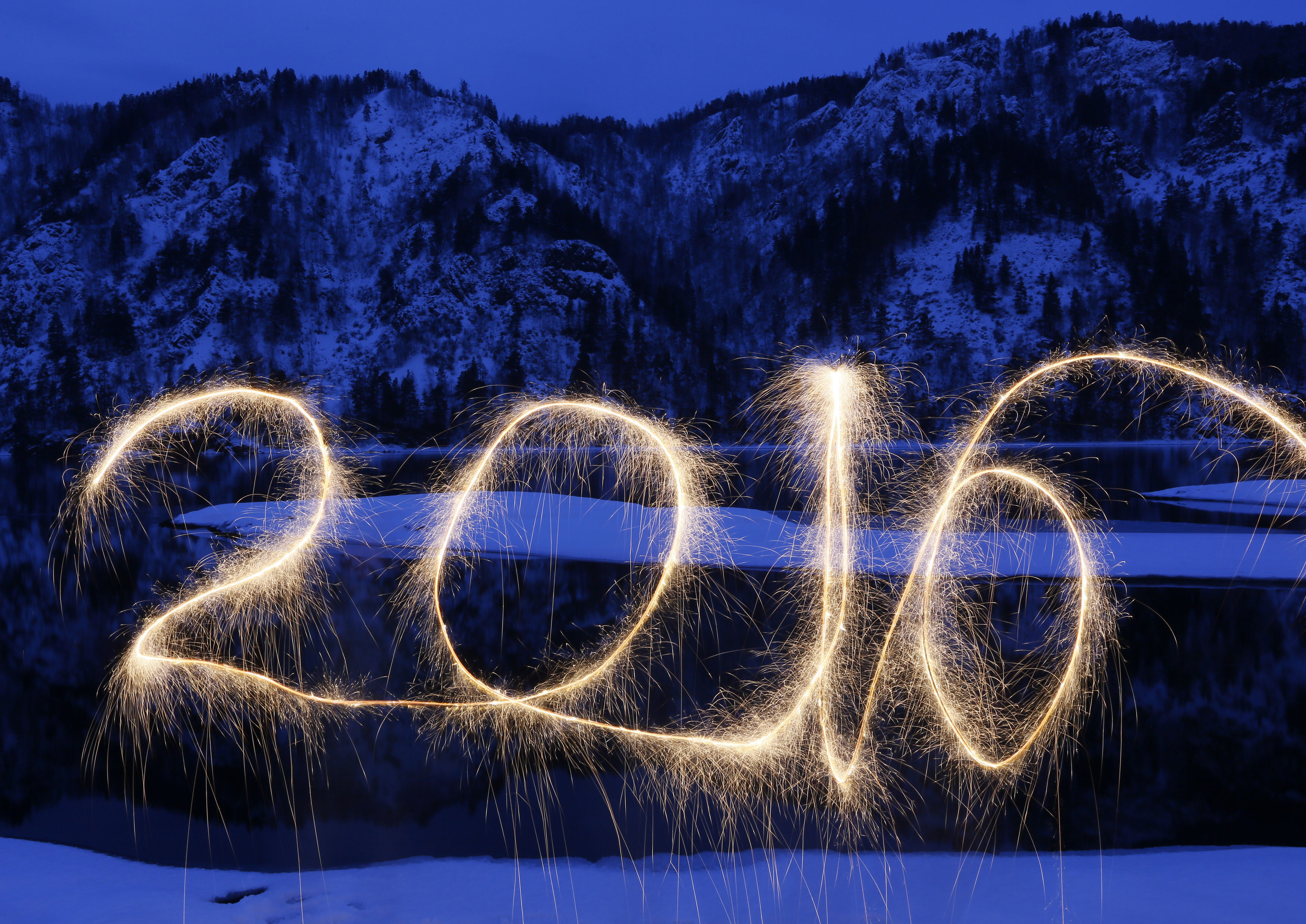 The numbers “2016” are written in the air with a sparkler on a bank of the Yenisei River in the Taiga district, near the town of Divnogorsk outside Siberian city of Krasnoyarsk, Russia. Picture taken with long exposure. Photo by Ilya Naymushin/Reuters 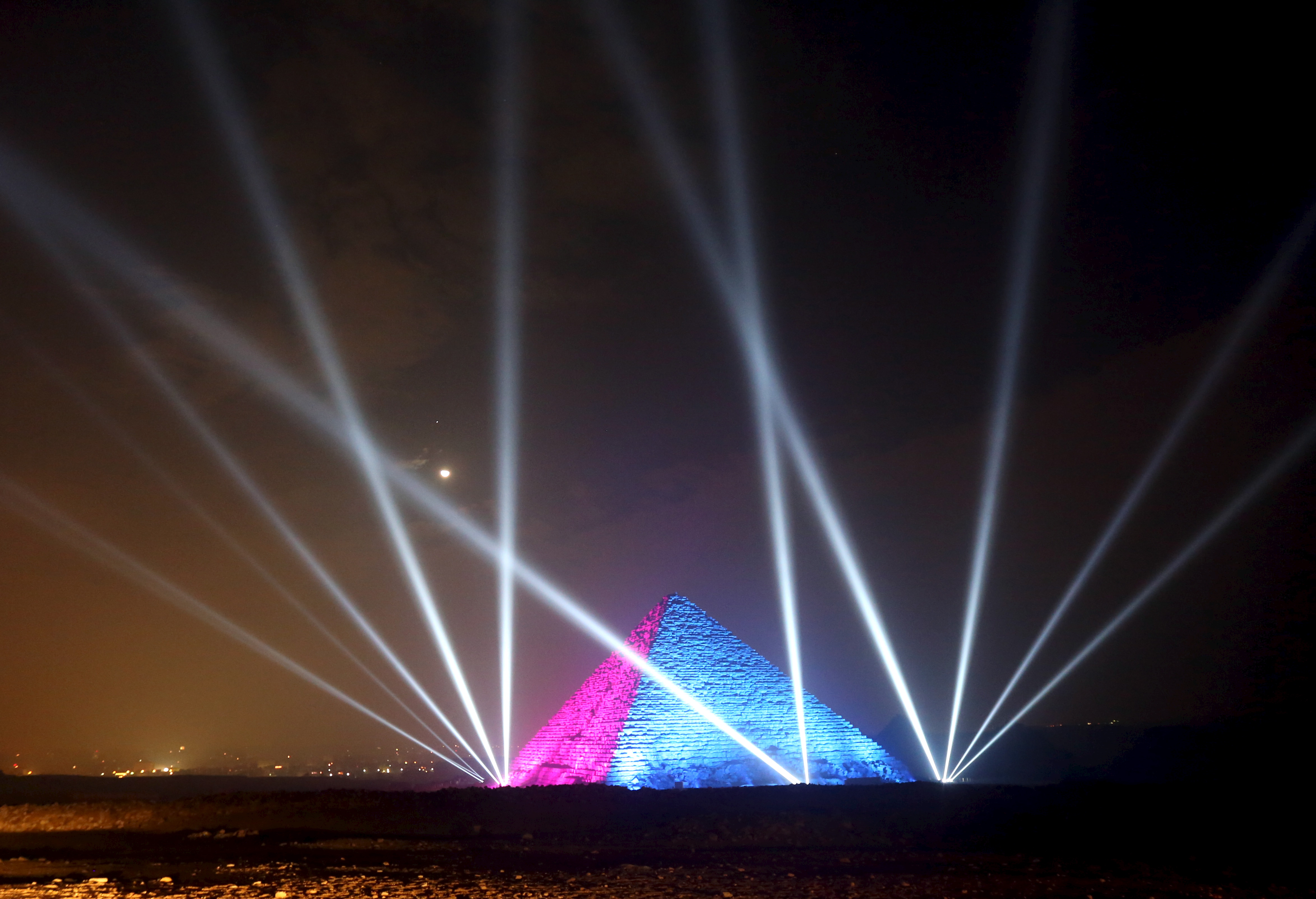 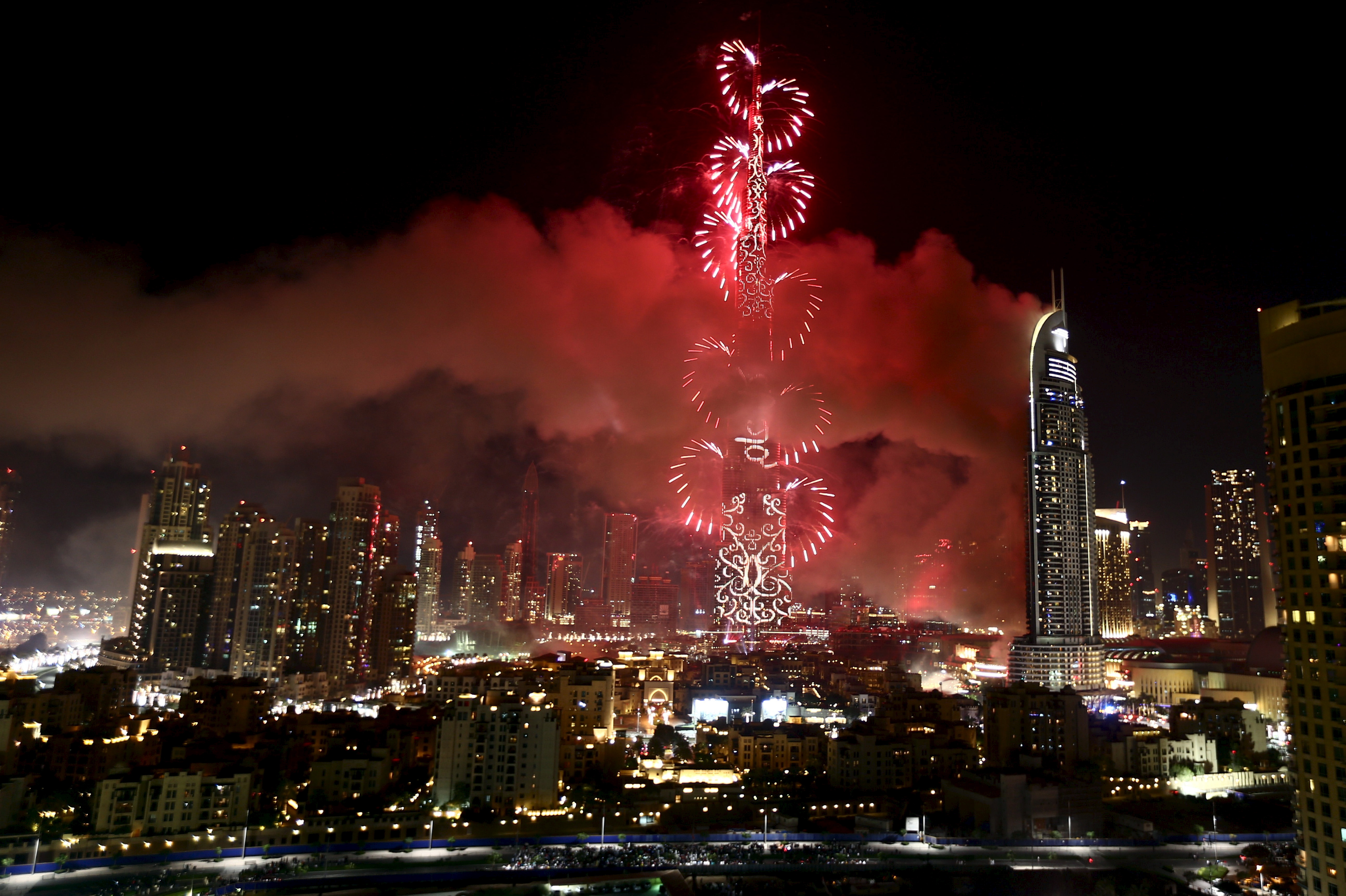 The Address Downtown Dubai hotel and residential block is seen engulfed by fire as fireworks explode over the Burj Khalifa, the tallest building in the world, during the New Year celebrations in Dubai. Photo by Hassan Al Rasi/Reuters 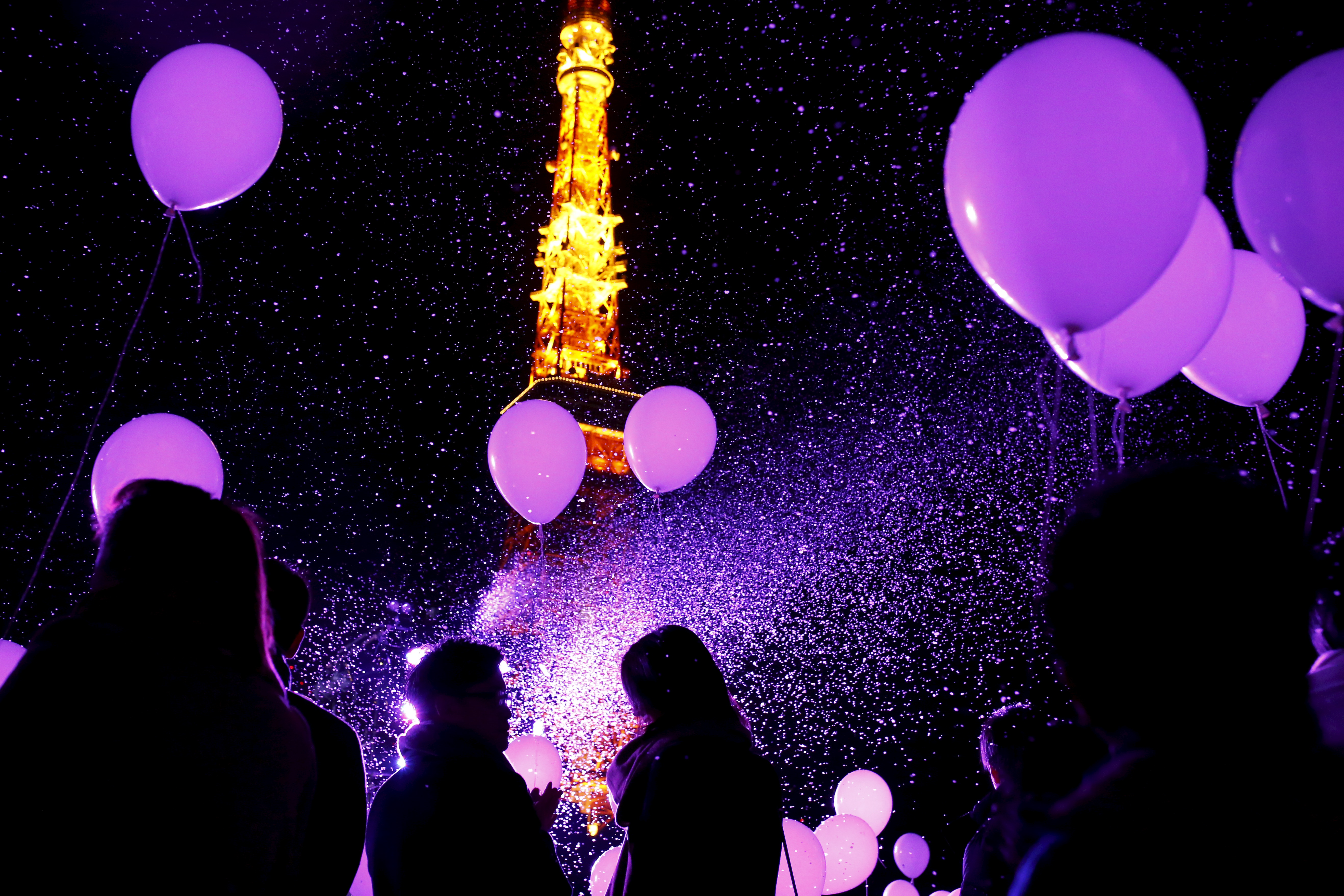 People hold balloons to release them at the turn of the New Year at a hotel in front of the landmark Tokyo Tower in Tokyo, Japan. Photo by Thomas Peter/Reuters 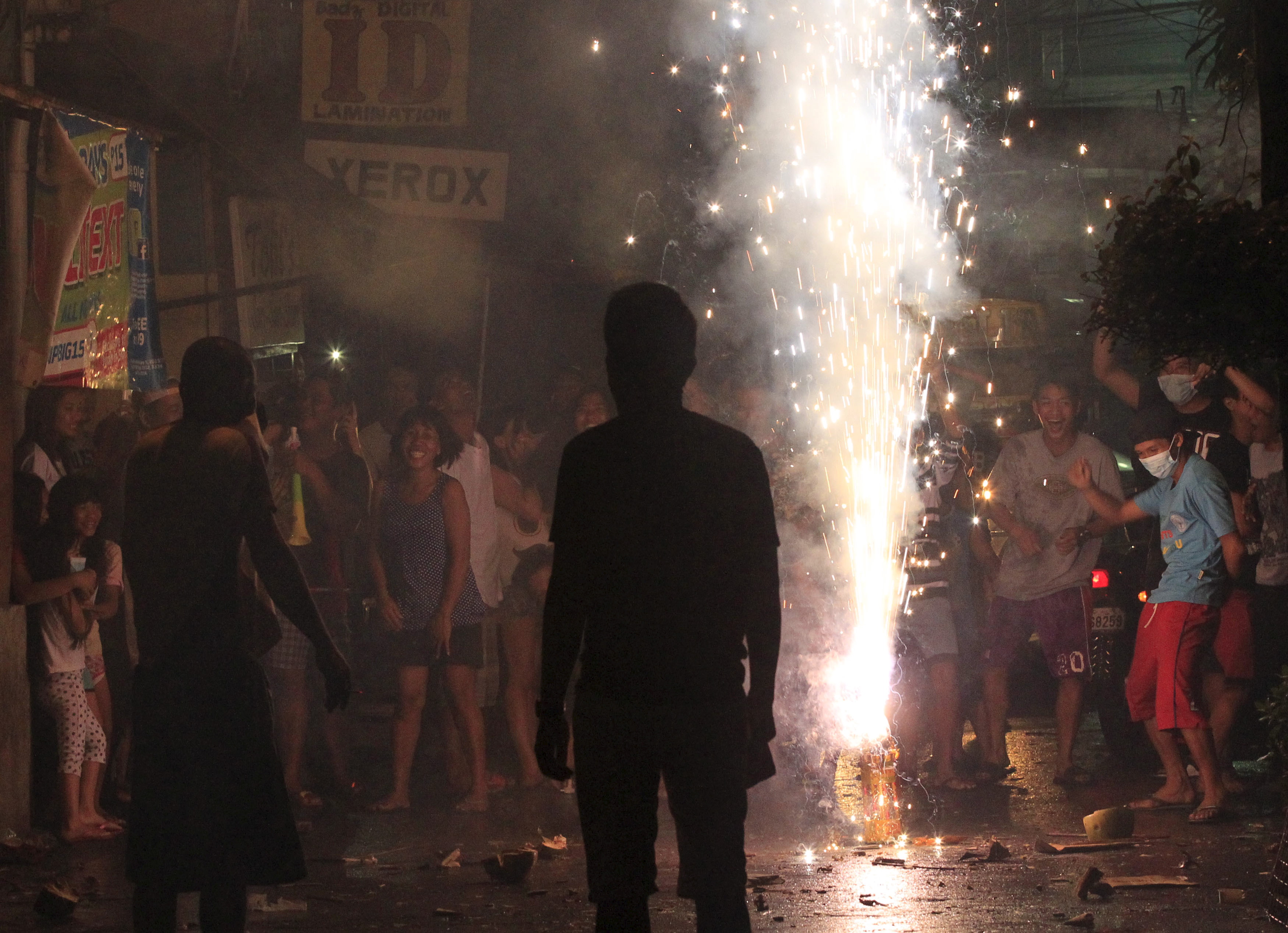 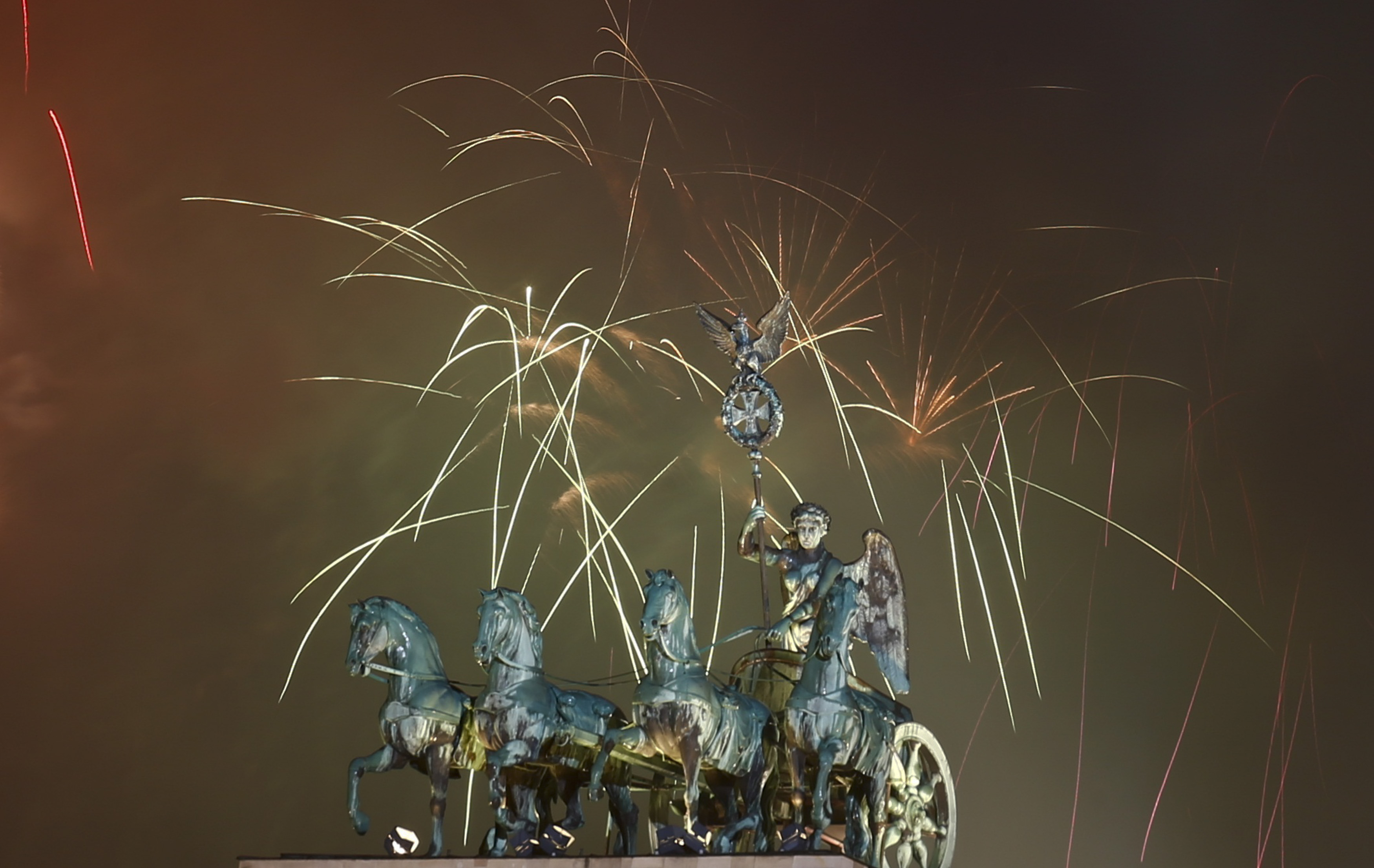 Fireworks explode next to the Quadriga sculpture atop the Brandenburg gate during New Year celebrations in Berlin, Germany.. Photo by Hannibal Hanschke/Reuters 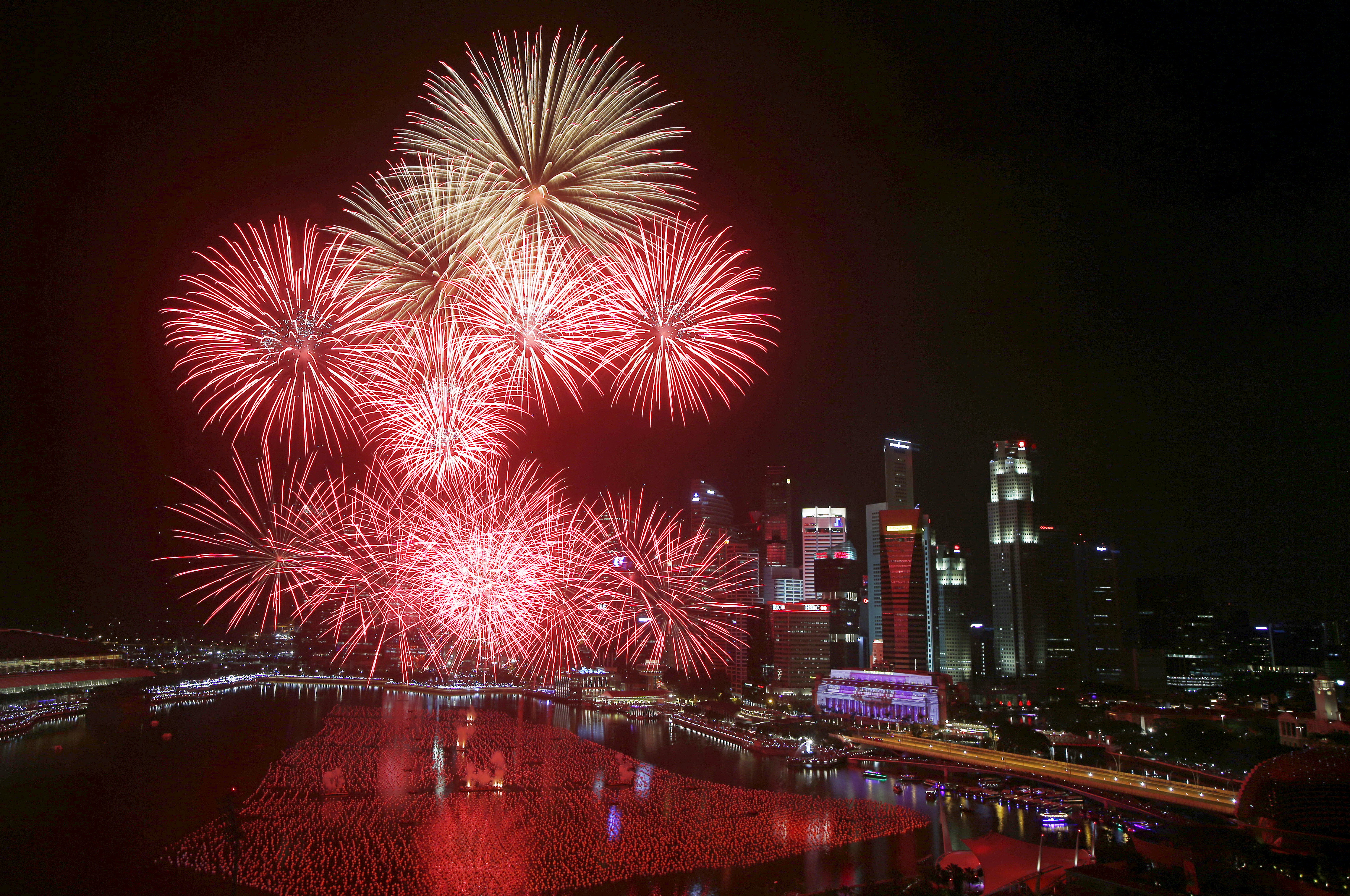 Fireworks explode in Marina Bay against the skyline of Singapore during New Year’s Day celebrations. Photo by Edgar Su/Reuters

Left: More than 180 high school students form "Hello! 2016" ahead of the new year, at a campus in Shanghai. Photo by Reuters