Photos: ‘I saw many bad things,’ says boy who fought in South Sudan

Editor’s Note: In the last few days, we have featured the plight of children with severe acute malnutrition in South Sudan. One little baby boy in particular, 1-year-old Jal, whose tiny body was racked with pain. Pain not only from malnutrition and its complications, but also from a particularly vicious and virulent form of tuberculosis.

This little dot died in his mother’s loving and caring arms.

One would think after 40 years of photographing the plight of the most vulnerable children in our world, it would get easier. Thankfully, it doesn’t.

Photo of “Luny” by Sebastian Rich for UNICEF

Luny, 14, is one of the lucky ones. He was recently released from an armed group in South Sudan, where he spent three years of his young life.

He will be attending a UNICEF-supported school for the very first time this year.

“I am a little nervous about going to school, but I am looking forward to it very much. I do not have any school books or pens,” says Luny (not his real name). “I am also very glad to be back with some of my family. … I saw many bad things in the army.” 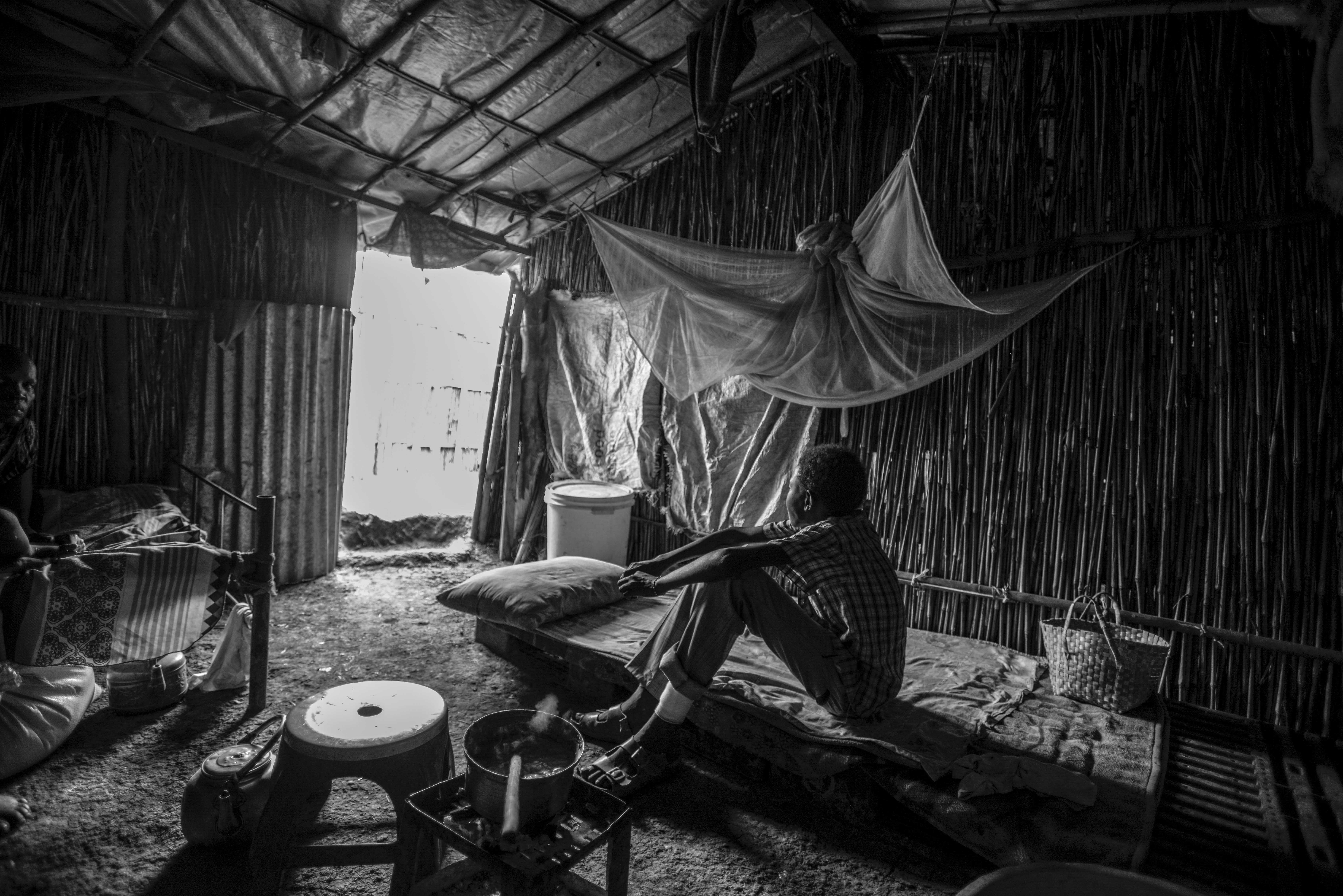 Luny (not his real name), 14, is one of 24 boys recently released from an armed group in South Sudan. Photo by Sebastian Rich for UNICEF

UNICEF estimates that 16,000 children in South Sudan are associated with armed groups since the current conflict began in December 2013.

The U.N. agency has helped more than 1,000 former recruited children, like Luny, reintegrate into their communities.

We amble through a dusty market, chatting through a translator about our different lives. His parents are dead, though he won’t tell me how. He just shrugs and looks away.

I watch Luny’s face brighten as we pass a small store selling football T-shirts. Putting so-called journalistic integrity aside, I pay for the knock-off, bright yellow Barcelona T-shirt. He says the clothes he is wearing, and now this new shirt, are the sum of his worldly possessions.

Jal Puok, 1, who suffers from severe acute malnutrition, is embraced by his mother Eliza, 28. Photo by Sebastian Rich for UNICEF

As the fighting in the country continues, another increasing problem is malnutrition among its youngest and most vulnerable. 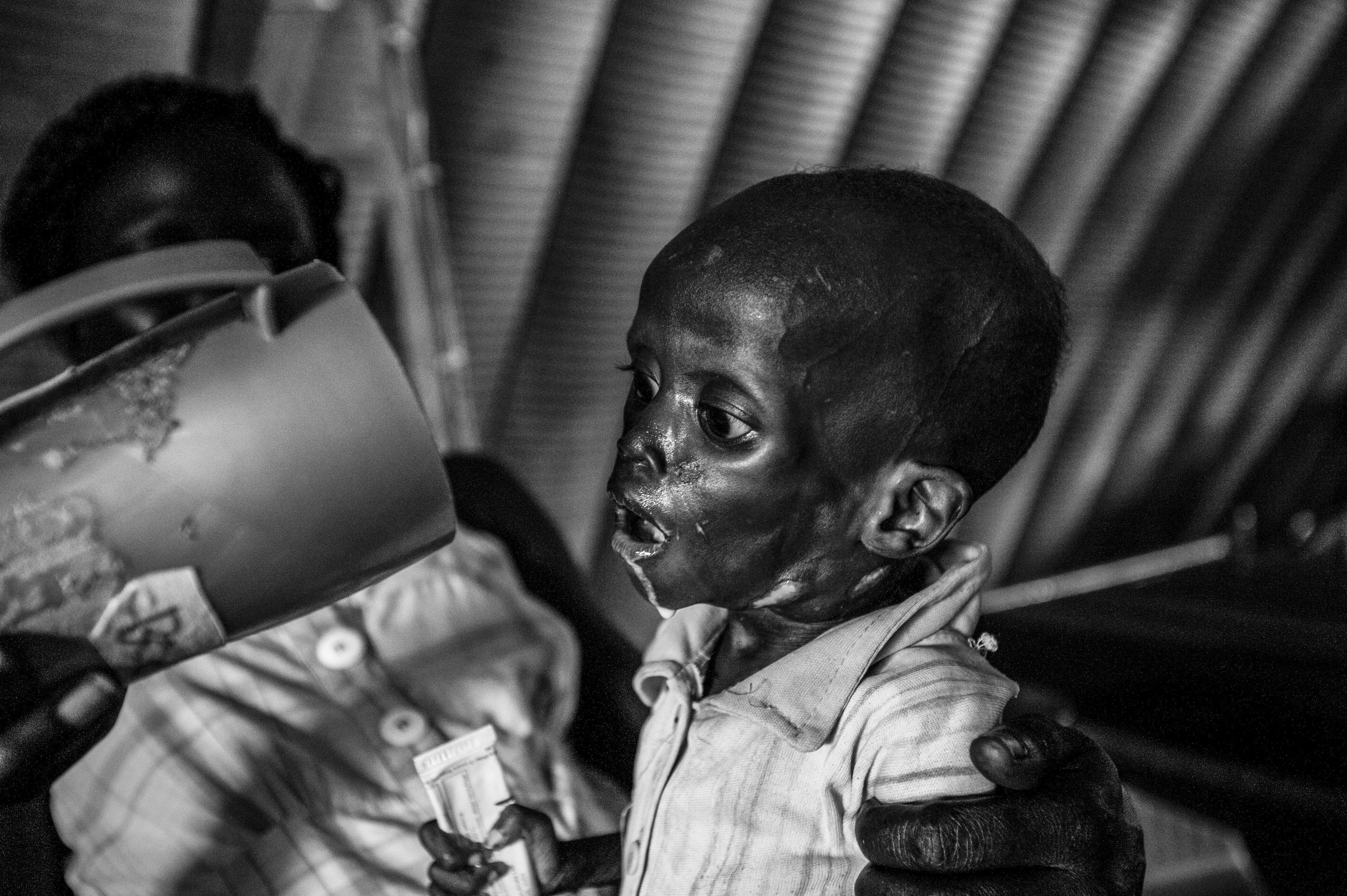 Jal Puok is one of the worst cases of severe acute malnutrition that doctors have seen. Photo by Sebastian Rich for UNICEF

At the Mercy Corps hospital in Juba, the capital of South Sudan, Jal Puok, 1, is one of the worst cases of malnutrition the doctors have seen.

There isn’t a second that goes by without a woeful and distressing whine comes from his tiny dry lips. His mother Eliza cradles and comforts him. 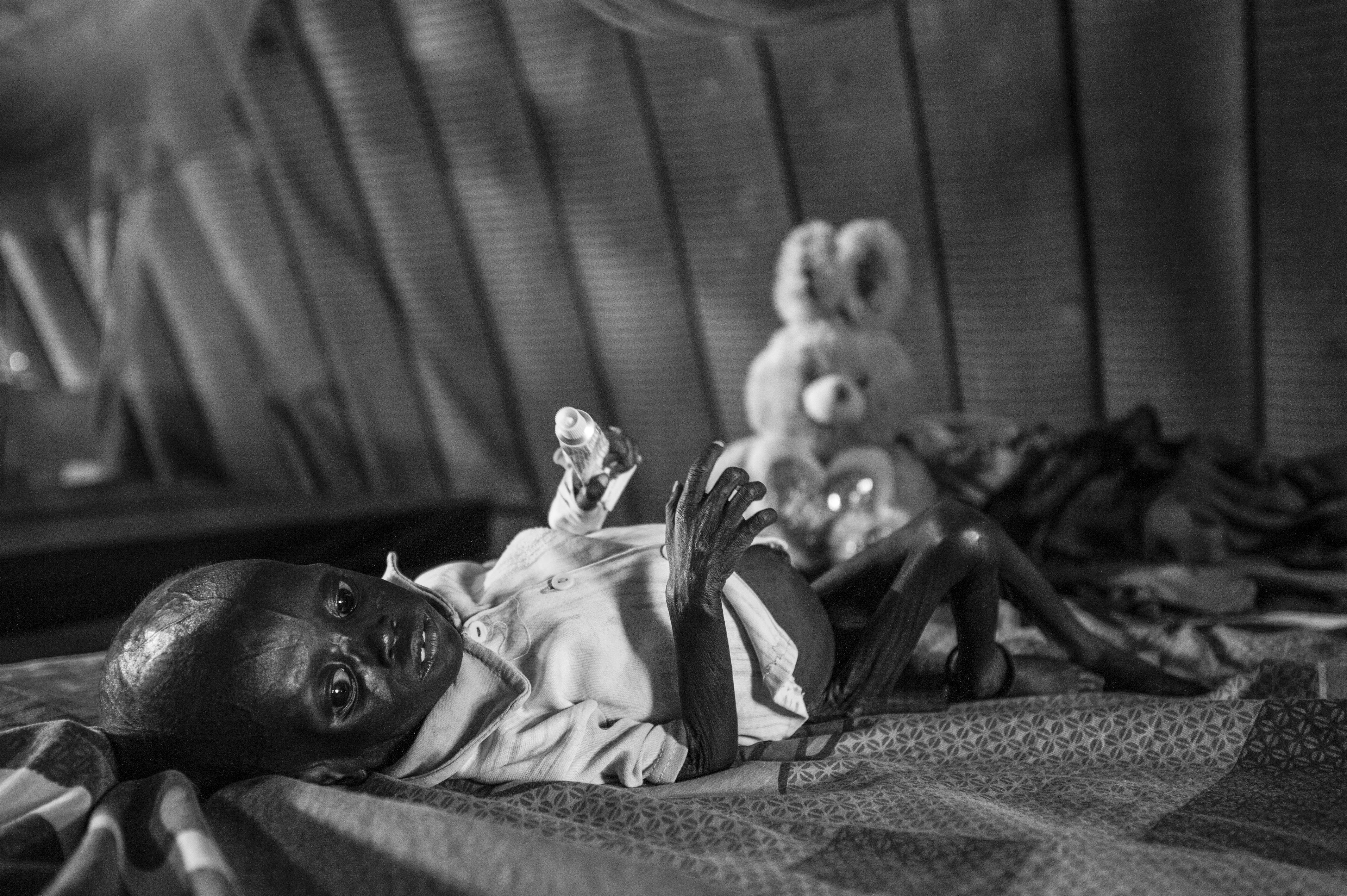 Jal Puok has complications of severe acute malnutrition, including Tuberculosis and severy swollen glands in the neck. Photo by Sebastian Rich for UNICEF

Severe acute malnutrition is defined by the World Health Organization as a very low weight for height, by visible severe wasting, or by the presence of nutritional oedema — a build-up of fluid in the body that causes tissue to become swollen.

A premature baby is fed baby formula by syringe in a hospital near Juba, South Sudan. Photo by Sebastian Rich for UNICEF

An estimated 250,000 children face this crippling and often fatal affliction this year alone, according to the U.N. Adding to the health threat are rising levels of malaria, cholera and tuberculosis, which doctors fear will only get worse as the fighting in South Sudan wears on and on.

Nyakandai, 1, suffers from severe acute malnutrition in Juba, South Sudan. Such cases have increased due to the fighting in the country. Photo by Sebastian Rich for UNICEF