Tigers are dying in record numbers in India, mostly due to poaching, wildlife officials said this week.

Only 82 of those tigers died due to natural causes, according to census data, while the rest of the deaths — most of which occurred outside of tiger reserves — were blamed on poaching or other unknown reasons, Indian science and environment magazine Down to Earth reported.

New tiger population estimates will be released at the start of the next census cycle in December.

More than half of the world’s estimated 3,200 wild tigers live in India, where numbers have declined steadily since the 1990s, due in large part to black market demand from Southeast Asian countries, the Associated Press reported. 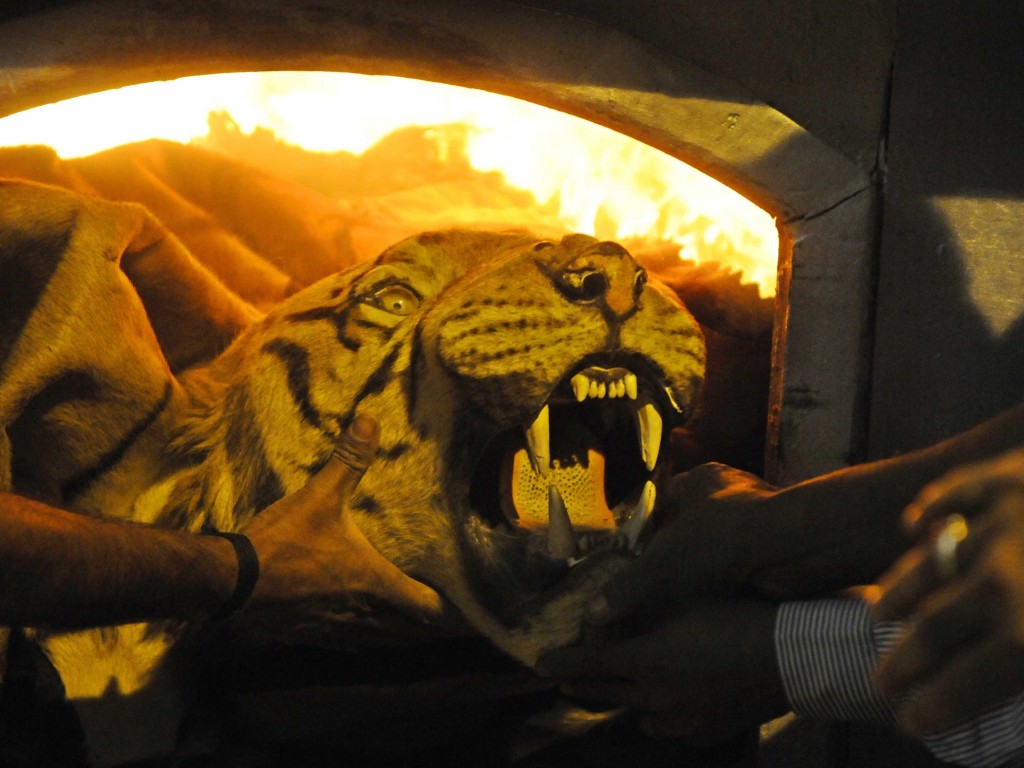 Indian authorities hold a tiger skin as they set fire to a stockpile of illegal wildlife parts at the Delhi Zoo in New Delhi, India, Sunday, Nov. 2, 2014. Credit: Getty Images

Earlier this month, Javadekar and other Indian authorities set fire to a stockpile of more than 42,000 illegal animal parts as part of a campaign to discourage wildlife smuggling in the region.

Tiger and leopard pelts, reptile skins, elephant tusks, rhino horns and other materials made from endangered animals were loaded into a large oven at the Delhi Zoo and set ablaze.

“The exercise is an attempt to deplore the unethical, indiscriminate and most unlawful activities of harvest and trade of wildlife products,” the Environment Ministry said in a statement on Nov. 2.

Left: A wild tiger walks through his domain in the dry forest of Ranthambhore National Park in Rajasthan, India during the hot and dry summer months. Wildlife officials in India said this week that tigers are dying in record numbers in that country, mostly due to poaching. Credit: Getty Images