Poll: The 5 Most Dangerous Countries for Women 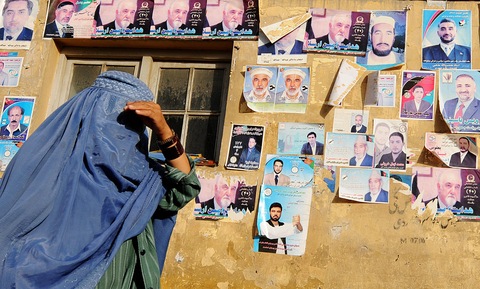 Dismal health care, poverty and harmful cultural practices make Afghanistan the world’s most dangerous country to be a woman in 2011, followed by the Democratic Republic of Congo, mainly due to its high instances of rape, a recent Thomson Reuters Foundation poll of gender specialists said.

Pakistan, India and Somalia ranked third, fourth and fifth, respectively, for dangers ranging from female genital mutilation and foeticide — the killing of fetuses — to domestic violence and trafficking.

The poll, conducted by TrustLaw — the Foundation’s legal news service — asked 213 gender experts from around the world to rank countries by overall perceptions of danger as well as by six risks: health threats, sexual violence, non-sexual violence, cultural or religious factors, lack of access to resources and trafficking.

In Afghanistan, a country still struggling to recover from decades of conflict, women have a one in 11 chance of dying in childbirth.

“This survey shows that ‘hidden dangers’ like a lack of education or terrible access to healthcare are as deadly, if not more so, than physical dangers like rape and murder which usually grab the headlines,” Monique Villa, chief executive of Thomson-Reuters Foundation, said in a statement.

Child marriage also remains a pervasive problem for girls. Despite Afghan law, which sets the minimum age for marriage at 16, the Afghanistan Independent Human Rights Commission estimates that 60 to 80 percent of all marriages are forced/underage marriages.

Experts say this practice blocks girls from education — an estimated 87 percent of Afghan women are illiterate — and subjects girls to pregnancy and childbirth before they are physically mature.

In the Democratic Republic of Congo, another country still reeling from the devastating effects of war and an accompanying humanitarian crisis, 1,152 women are raped every day, according to the American Journal of Public Health.

Last August, Margot Wallstrom, the U.N.’s special representative on sexual violence in conflict, called the Democratic Republic of Congo the “rape capital of the world.”

In a 2009 epidemiological study published by the European Journal of Public Health, researchers found that at least 1 in 5 homicides in Pakistan are the result of so-called “honor killings,” a practice where women are murdered — often by their own relatives — to protect the family’s honor following accusations of infidelity or defiance.

“Pakistani women are left with little, if any, protection from violence and discrimination,” Noreen Haider, chairwoman of the Madadgar Trust for Research and Development in Pakistan, told TrustLaw.

“In addition to Pakistani laws being discriminatory, the judicial system condones and exacerbates the problem by failing to view violence against women as a serious violation of women’s human rights.”

In neighboring India, sex discrimination starts before birth. A United Nations Children’s Fund report found that upwards of 50 million girls are “missing” over the past century due to female infanticide and foeticide — the killing of female fetuses and babies.

“India largely tolerates abortion of female fetuses and other types of violence and neglect exerted against girls because of dowries and discrimination against women,” Antonella Notari, director of WomenChangeMakers, a fellowship program to help women social entrepreneurs, told TrustLaw.

Some 100 million people, mostly women and girls, were involved in sex trafficking in 2009 — an industry that generates an estimated $7-12 billion per year — said former Indian Home Secretary Madhukar Gupta.

Although there are some 3 million prostitutes in India, 40 percent of whom are children, women are trafficked into a variety of economic sectors including domestic work, agriculture, the garment industry and street begging.

In Somalia, a country with no functioning nationwide legal system and no constitution in force, 95 percent of women face female genital mutilation, mostly between the ages of 4 and 11.

If “asked where is the most dangerous place to be a woman I would have said with certainty Somalia,” Maryan Qasim, the country’s women’s minister, told the Foundation. “The most dangerous thing a woman in Somalia can do is to become pregnant.”

Only 9 percent of women give birth at a health facility. Consequently, 1 in 14 women will die in childbirth — one of the highest maternal mortality rates in the world, second only to Afghanistan.